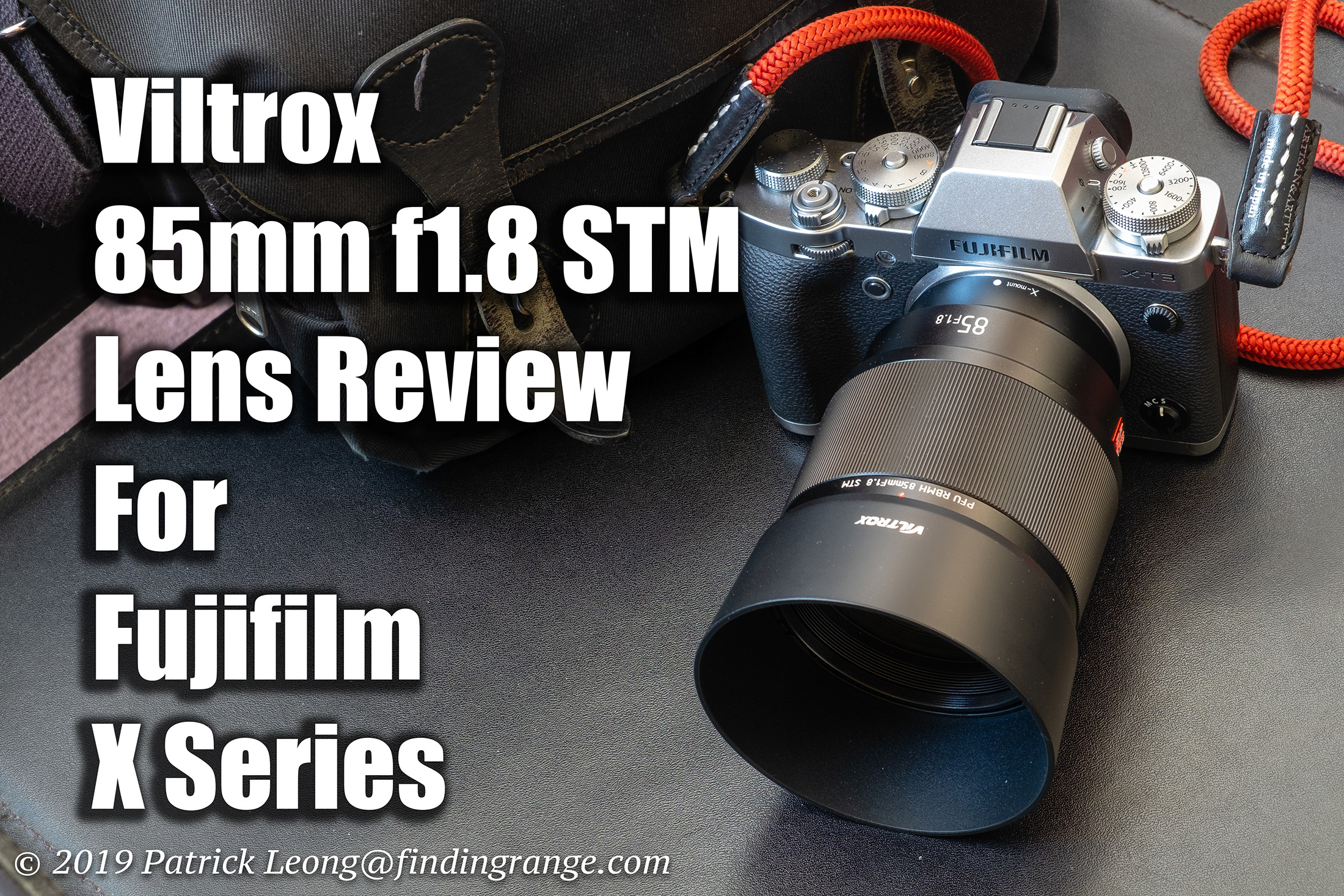 Note from Admin: My site went down this month for a bit, so I’m playing a bit of catch up right now.  My review of the Viltrox 85mm f1.8 will be shorter than what you might be accustomed to on this site.

Fujifilm has released a ton of great lenses over the years, and has pretty much covered their bases when it comes to focal lengths except maybe in the ultra long telephoto area.  There are also a lot of third party lenses that will fit the Fuji X Series cameras with and without adapters.  One new lens that I recently tested that comes in X Mount is the Viltrox 85mm f1.8 STM.  Factoring in the crop factor from the Fuji’s APS-C sensor, and this lens becomes a 127.5mm equivalent.  This focal length is similar to Fujifilm’s own XF 90mm f2.  However, price wise, the XF 90mm retails for $949 where as the Viltrox retails for just $379.  That’s a huge difference, and oh, by the way, the Viltrox is autofocus as well :).  So, it does seem like this would make a great alternative for those looking for a longer telephoto that’s much more affordable, right?  Let’s take a closer look at it.

Alright, so let’s get down to business, and start off talking about the build quality.  I wasn’t sure what to expect.  I’ve never used a Viltrox lens before, and it is technically a more budget friendly piece of glass.  I’ve had a mix of different budget-friendly lenses that were good and bad. 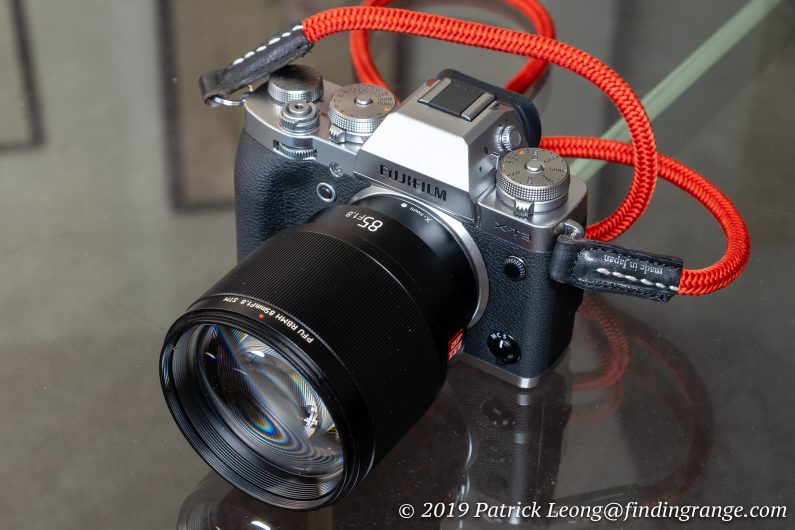 I have to say though, the build of the Viltrox 85mm f1.8 STM is really nice, and it’s also aesthetically pleasing to me.  The lens is very solid, and definitely feels more high end than the price suggests.  It wouldn’t feel out of place in my collection of Fujifilm lenses, lets put it that way.  It has a nice, dense feel to it.  I also love the weight of it because I feel like it balances nicely on the Fuji X-T3, which is what I used to test this lens.  At 636 g, it has a heftier feeling, which is great for longer telephoto lenses, in my opinion, because it helps me steady the camera better.  For those who want to know, the XF 90mm is 540 g.  As for features, the Viltron 85mm has a focus ring but no aperture ring.  The 85mm f1.8 also comes with a lens hood that is reversible for easy storage. 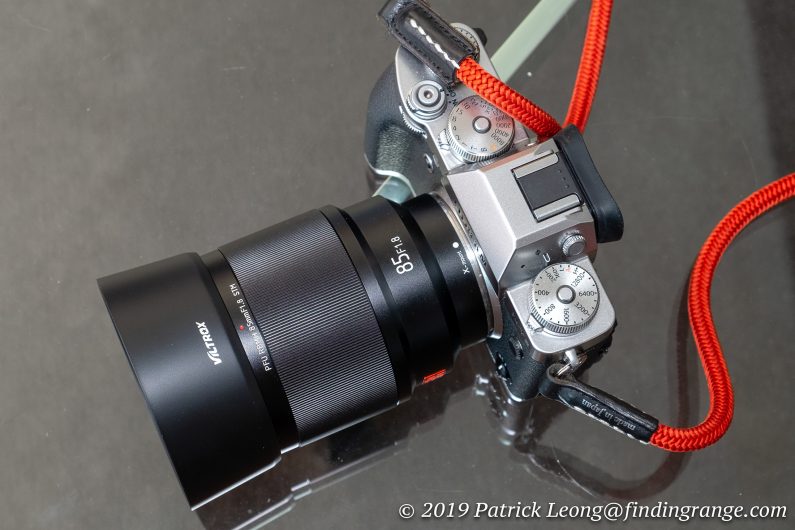 ↑The Viltrox 85mm f1.8 comes with a reversible lens hood.

In terms of build, I don’t really have much to complain about considering the Viltrox 85mm f1.8 STM costs less than $400.  It is a larger lens, that’s for sure but this is an 85mm f1.8 lens; you can’t expect it to be compact.  With that said, it was still easy to shoot with.  While I’m a huge fan of the XF 90mm, I felt the Viltrox 85mm was even a bit better balanced on the Fuji bodies than it.

One reason why this lens would appeal to me is because it’s a third party lens for the Fujifilm X Series system that has autofocus.  There are other autofocus third party lenses out there like the wonderful Zeiss Touit series but a lot of other lenses are manual only.  Manually focusing a 127.5mm equivalent, especially at f1.8 isn’t the easiest thing in the world sometimes, so autofocus is definitely beneficial, if you ask me.

However, I found the autofocus performance overall was a mixed bag.  It definitely works but it isn’t the quickest around.  It’s better in daylight but even then, there were occasional misses.  Once there’s less light, autofocus does slow down.  It also can start hunting a bit.  I’m assuming Viltrox is able to improve the autofocus over time with firmware but this is what I experienced when I was testing it.

Still, the autofocus performance wouldn’t stop me from purchasing the Viltrox 85mm f1.8 STM.  The lens still is totally useable, and again, it is great to have autofocus in a lens of this focal length.  Just don’t expect it to be as excellent as say the XF 90mm in this area.  To me, this is one of the weaker points of this lens.

As for image quality, I actually found it to be pretty decent overall.  I found sharpness, for example, to be quite good.  At f1.8, the center sharpness is good, and as you stop it down further, sharpness in the center along with the corners get better.  At least from what I found, I think once you reach about f5.6, the corners are at its best. 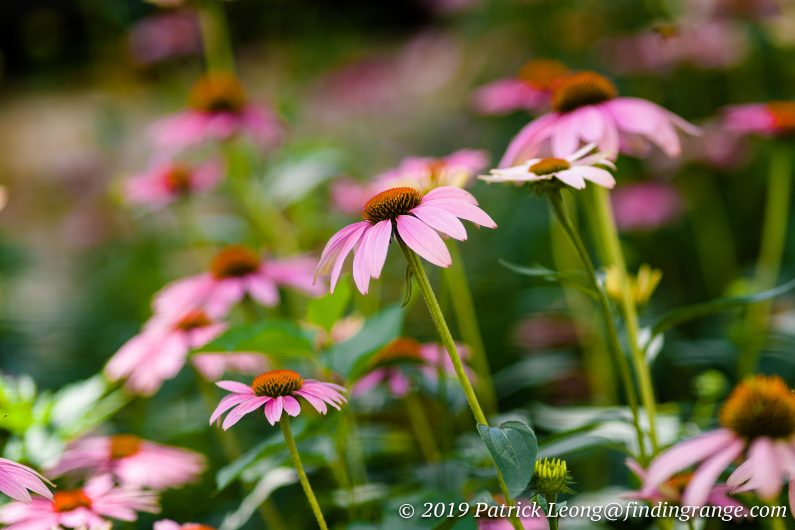 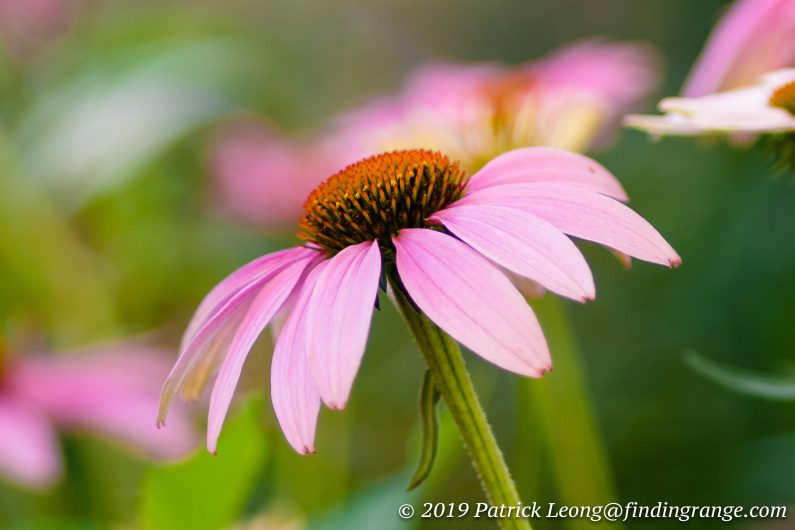 ↑ Here’s a 100% crop of the photo above.  As you can see, the Viltrox 85mm f1.8 is still sharp at wide open aperture.  Keep in mind that there was some flower movement due to wind. 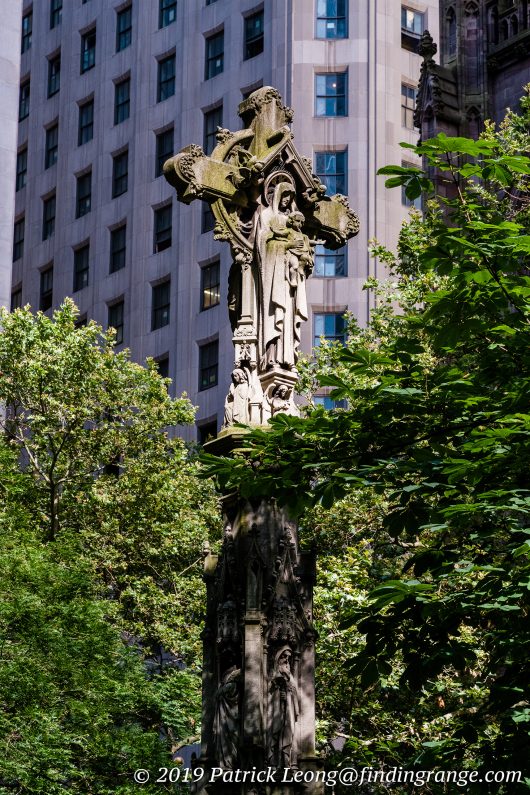 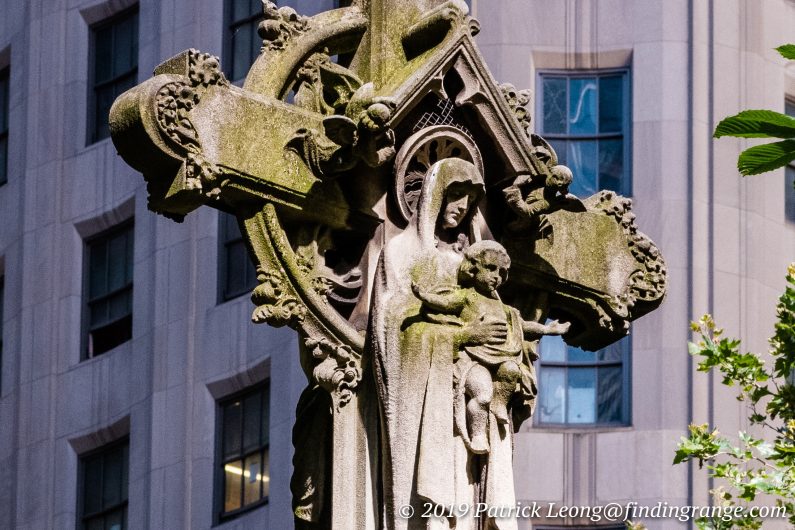 I did have one issue with the lens, which was focusing at infinity.  I just couldn’t get sharp images when I focused at this distance.  However, I couldn’t believe the lens was malfunctioning or anything like that because it had no issues focusing at every other distance.  Sure enough, I checked, and there is a firmware update for the lens that will fix this issue.  So, definitely not a big deal. 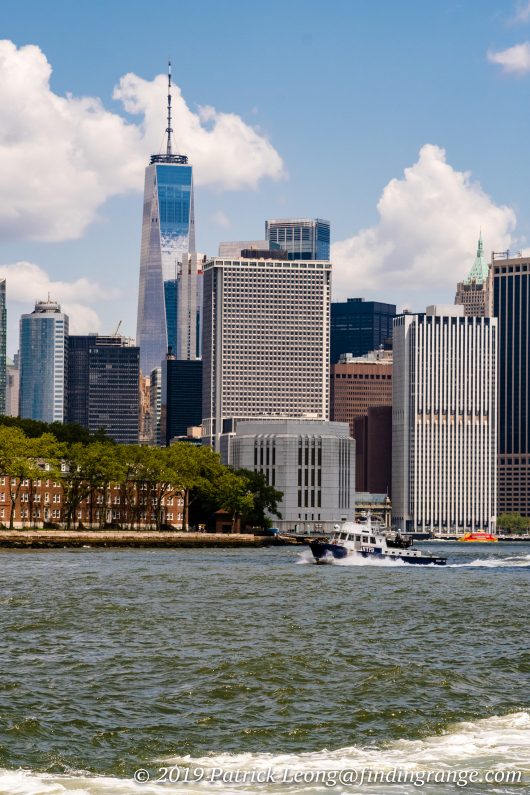 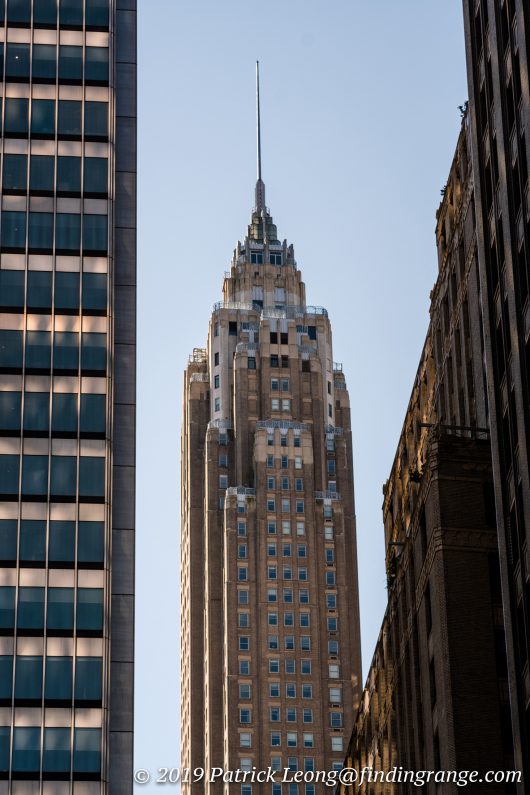 Besides sharpness, other attributes like color and contrast are also pretty good.  The Viltrox 85mm f1.8 STM does flare occasionally but it’s nothing to be too concerned about.  As for vignetting, I didn’t find it to be bad at all.  There’s just a little at f1.8, which isn’t out of the ordinary, and as you stop down to even f2, a lot of it disappears.  Stopping down to just f2.8, and it’s nearly gone. 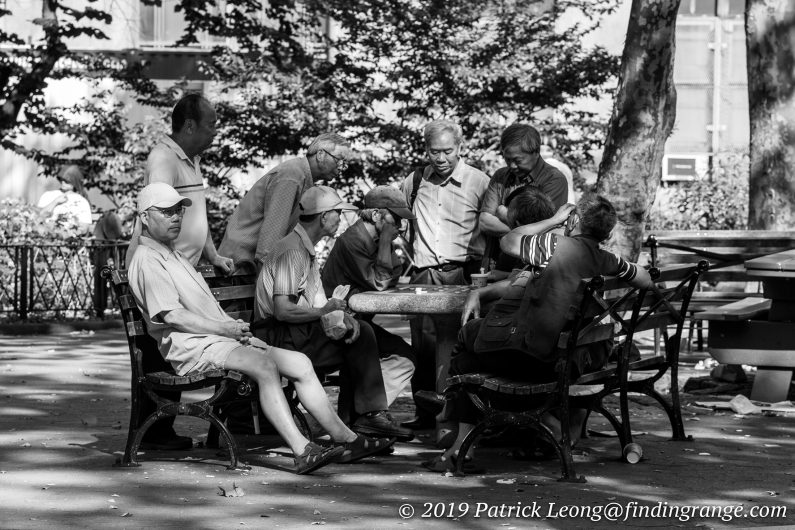 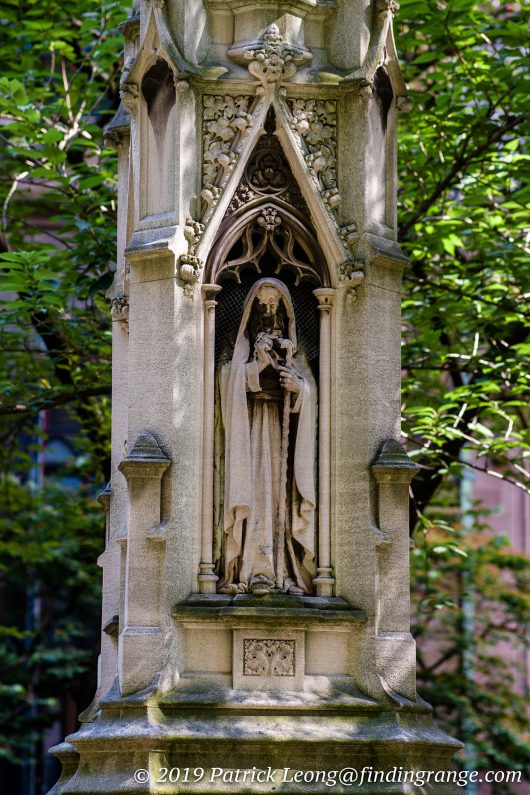 If the Viltrox 85mm f1.8 STM has one major strength, I would say that it is the bokeh.  This is where this lens shines in my opinion.  First off, an 85mm f1.8 lens will give you very shallow depth of field.  But not all lenses are equal in terms of the bokeh quality.  While it’s subjective, I I feel the Viltrox 85mm produces extremely smooth, and beautiful bokeh.  If you like to shoot portraits at wide open aperture (I wish I had more opportunity to do so, when I had this lens to review) to get that silky smooth looking background where everything melts away, this is your lens. 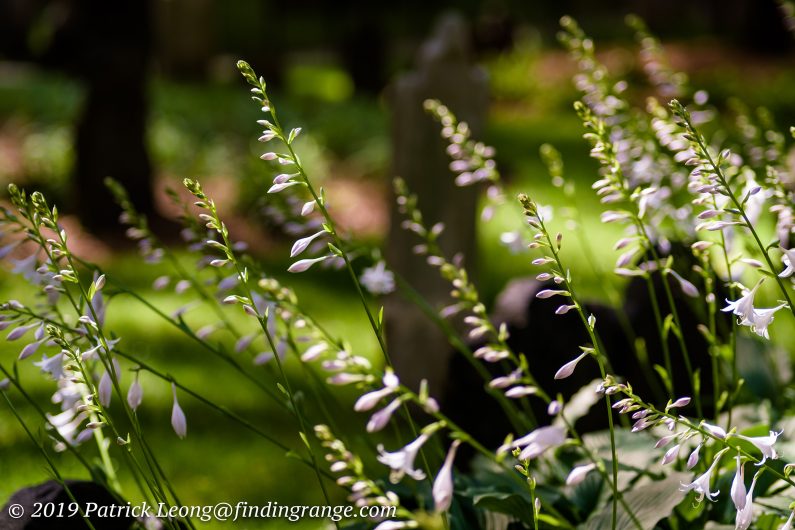 ↑ Here’s an example of the bokeh from the Viltrox 85mm. 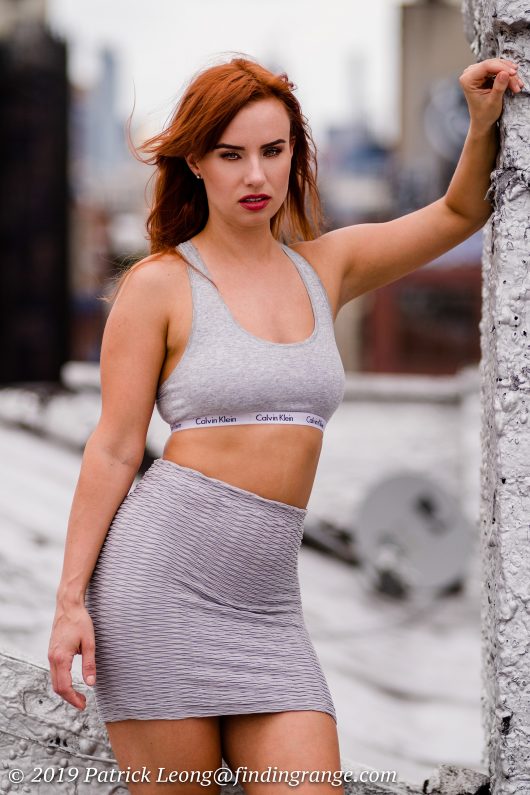 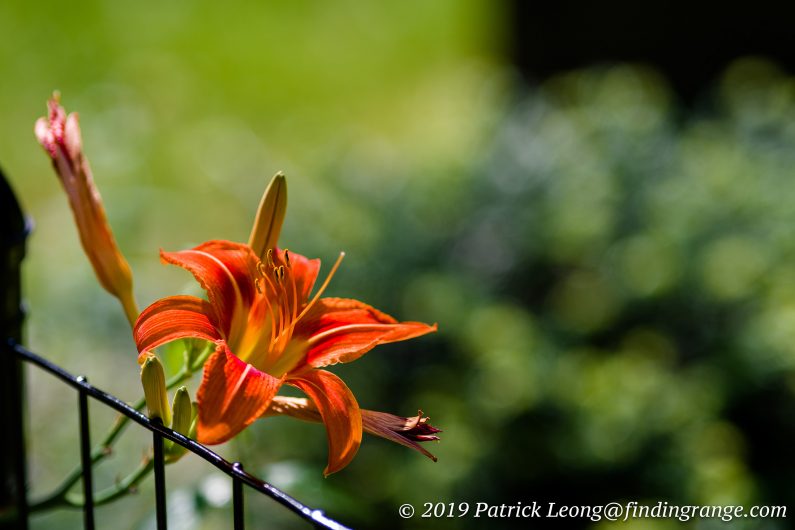 If you ask me, the Viltrox 85mm f1.8 STM is a great lens for the price.  It’s well-made, and balances nicely with the Fuji X Series cameras.  Image quality is also quite good even when compared to Fuji lenses, and while the autofocus is, in my opinion, one of its weaker areas, at least it has AF, which definitely helps when you’re trying to focus an 85mm lens at f1.8.

Is it as good as the XF 90mm?  Not quite.  For one, the XF 90mm’s autofocus is superior, and two, the XF 90mm has an edge over the Viltrox when it comes to image quality.  But then again, the XF 90mm costs almost $1,000 where as the Viltrox costs less than $400.  With the money saved, you can buy another lens to add to your collection, if you’re, for instance, new to the Fuji system.  Plus, the Viltrox 85mm f1.8 STM can still produce some stellar images in the right hands.  In other words, nothing here will prevent you from creating great photos with the Viltrox.  For those just getting into the Fuji X Series system or for those who just don’t want to shell out nearly $1,000 for a 90mm lens, the Viltrox is an excellent alternative.

Thanks for taking the time to read my review!  If you’re considering purchasing the Viltrox 85mm f1.8 and my review helped you decide, please help support this site by purchasing from any of the links in this review.  It will not cost you anything extra.  Thank you for your support!