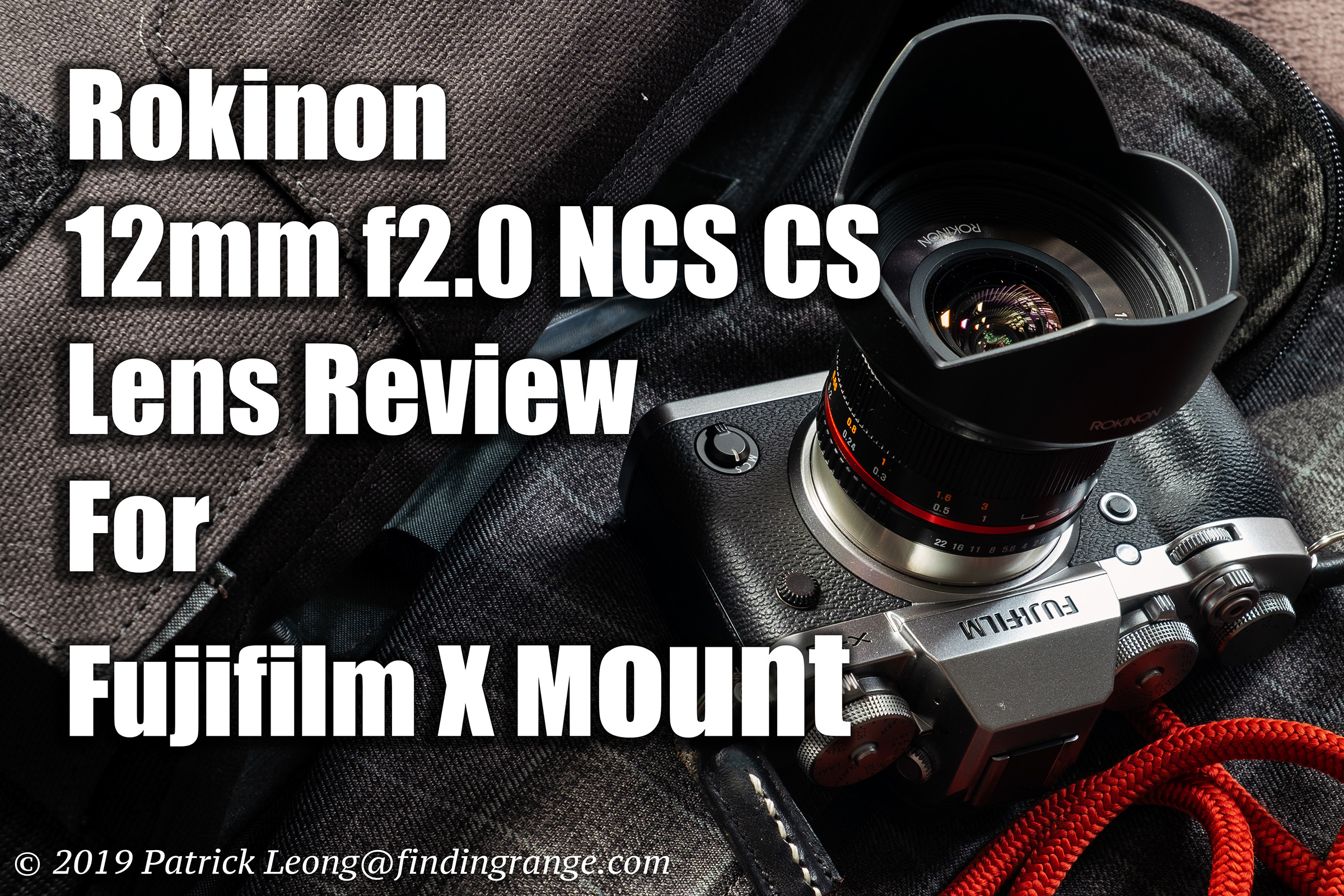 If you’re looking for lenses for your Fujifilm X Series camera, there are tons of great ones from a variety of manufacturers to choose from now.  One manufacturer whose products that, for the most part, I’ve liked is Rokinon.  I’ve review a lot of their lenses in the past, and each one offered great image quality, and decent build all while being priced just right.  Recently, I’ve had the opportunity to try another lens by Rokinon, the 12mm f2.0 NCS CS lens.  This isn’t a new lens but the size, the performance, maximum aperture speed, and price, especially now, since it is currently $150 off for a holiday special, make it quite a desirable lens on paper.  Let’s take a closer look at it.

Let’s first take a look at the Rokinon 12mm f2.0’s build quality.  Overall, its build is quite good when you consider the price.  The 12mm f2 is made from a combination of mostly high quality plastic and some metal mainly where the mount is located.  It feels quite solid in the hands with absolutely no creaks or rattles of any kind.  The aperture ring clicks solidly as you rotate it.  The focus ring is very smooth and offers a bit of a tighter feel, which is something I’m actually a fan of, and a trait I’ve noticed in other Rokinon lenses.  The Rokinon 12mm f2 also comes in black or silver, so it’ll match whatever camera body you have perfectly.  The one in this review is the Fujifilm X mount version but you can also purchase this lens in Sony E mount, Canon EF-M mount, and Micro Four Thirds mount as well. 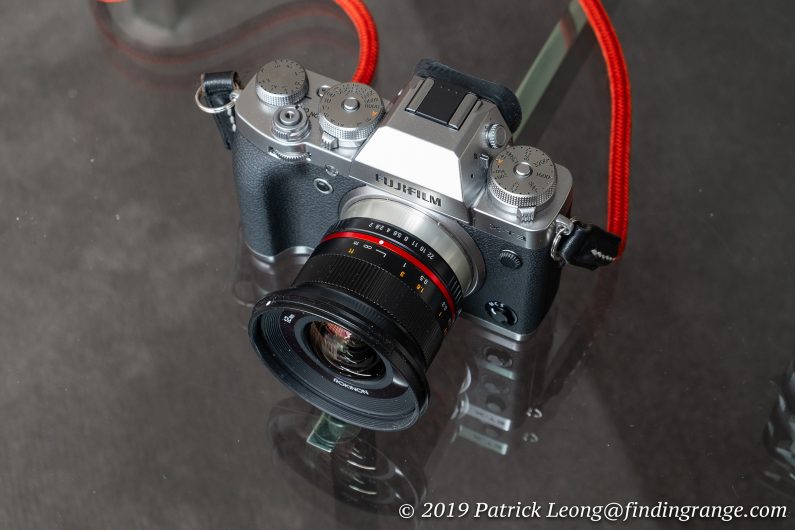 It’s worth noting that while the 12mm has a maximum aperture of f2, it certainly does not pay for it in terms of weight and size.  Just look at the photos, and you’ll see what I mean.  This lens is ultra compact!  Weight wise, it’s just 260 g, and as for size, it feels just like any other compact everyday lens that you’d use for say street shooting.  It’s actually more compact than my Zeiss Touit 12mm f2.8 despite being a stop faster.  It’s also about the same size as Fujifilm’s own  XF 14mm f2.8 although both the Zeiss and Fuji offer autofocus.  In my opinion, this is how an ultra wide angle lens should be like.  It’s something that you’re going to walk around with a lot; therefore, it should be something that is easy to carry around, and won’t tire you out at the end of the day.  Because of the size, it is also discreet, so if you happen to use ultra wides for street photography, the Rokinon 12mm f2 is a fantastic choice.

I’m also happy to report that the 12mm f2 does come with a lens hood that is also reversible for easy storage.  It’s one of those petal shaped ones, and it does help not only with flare but also with protecting the front element from light bumps.  Attaching it only requires a simple twist; it’ll make a clicking noise, and it won’t come loose unless you decide to remove it. 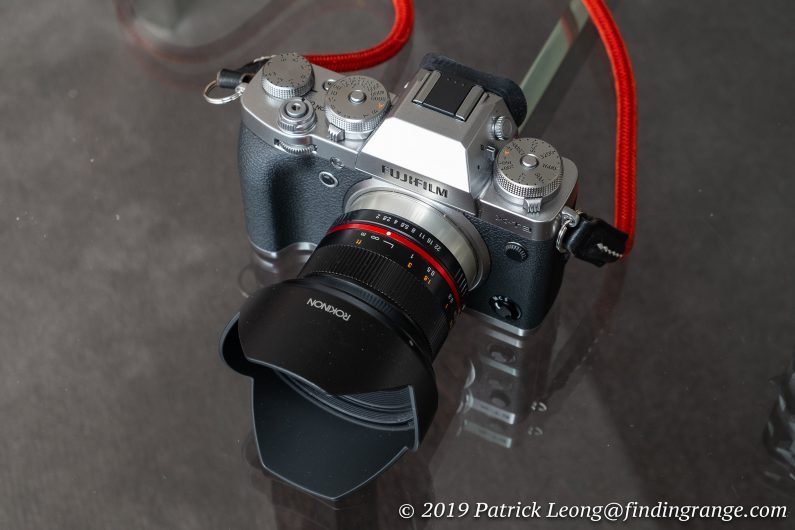 ↑ The lens hood is quite good, and it is reversible for easy storage.

So, as I kind of stated above, the 12mm f2.0 NCS CS lens is a manual focus lens.  However, for those who are wary of manual focus lenses, given the wide depth of field that a 12mm offers, focusing isn’t difficult at all.  I found even at f2, the 12mm is easy to focus.  The methods I used to focus this lens were a combination of focus peaking and magnification.  But mostly focus peaking was enough.

The truth is, critical focusing isn’t something I usually worry about much when it comes to ultra wide angle lenses.  I much prefer to just stop them down a bit.  For street photography or cityscape, I just set the lens at a smaller aperture, and shot my Fuji X-T3 (which is the camera I used to test this lens) like a point and shoot.  All I had to do was worry about the framing.  That’s it.  That’s one of the things that I love about ultra wide angle lenses.

Let’s talk about the image quality now.  From my past experiences, I’ve always been happy with how Rokinon lenses performed overall but I wasn’t sure what to expect this time around because if you think about it, the 12mm f2.0 NCS CS lens is pretty cheap when you consider what you’re getting, which is an ultra wide angle lens that also has a large maximum aperture.  A design like this isn’t always easy to accomplish, especially if you have a lower price point you need to achieve.  However, I’m happy to report that this lens is quite exceptional in the way that it performs, and it definitely matches the abilities of past Rokinon lens I’ve tested so far. 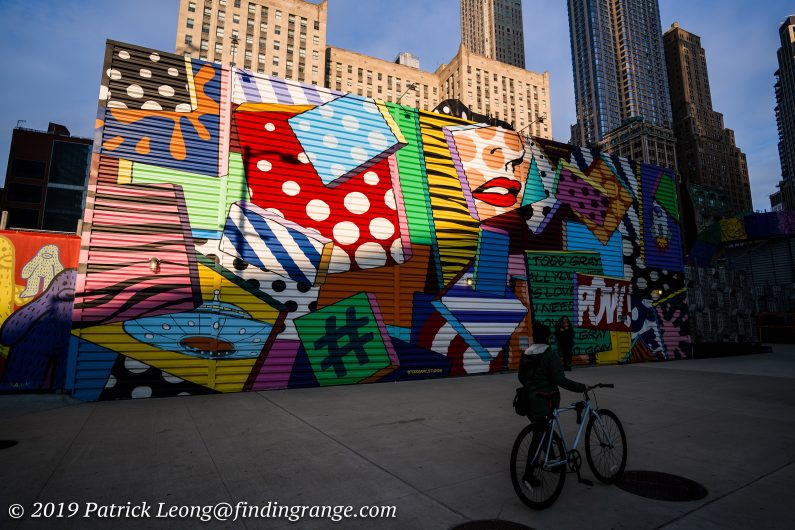 ↑ This was taken at f5.6 in the afternoon.  Together with the sensor, this lens records color quite nicely.  160 ISO was used. 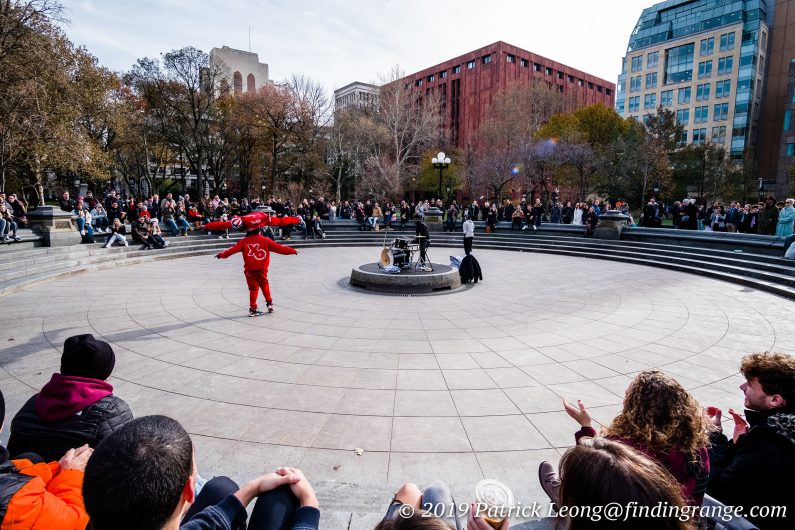 ↑ These performers are crazy good.  This was taken in Washington Square Park.  1250 ISO was used. 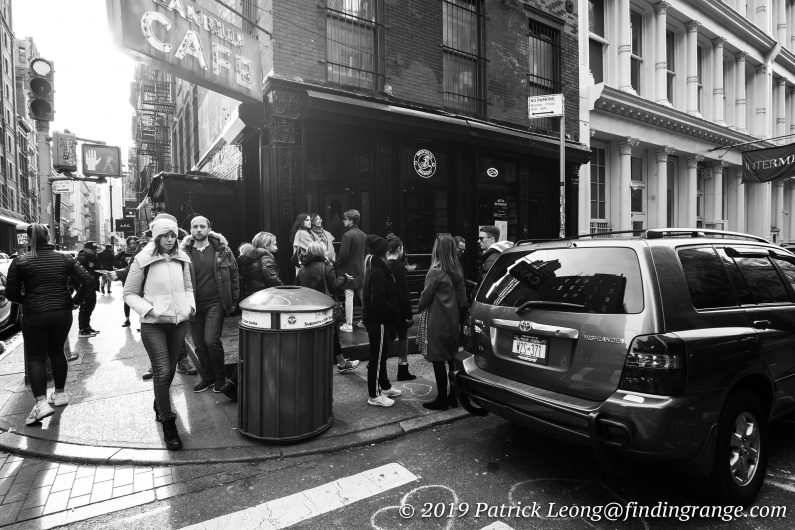 ↑ This was taken at f5.6 with black, and white conversion done in Camera Raw, Photoshop CC.  1000 ISO was used.

For one, I found this lens to be very sharp.  Even at f2.0, sharpness in the center is excellent.  The corners are decent but there is a little softness.  Nothing out of the ordinary considering we’re talking f2 with a 12mm lens though.  As you stop it down, sharpness overall increases.  I’d say the sweet spot for this lens is somewhere around f5.6 to f8.  Overall, I found the lens’ sharpness is downright impressive considering it’s a 12mm with a maximum aperture of f2.0. 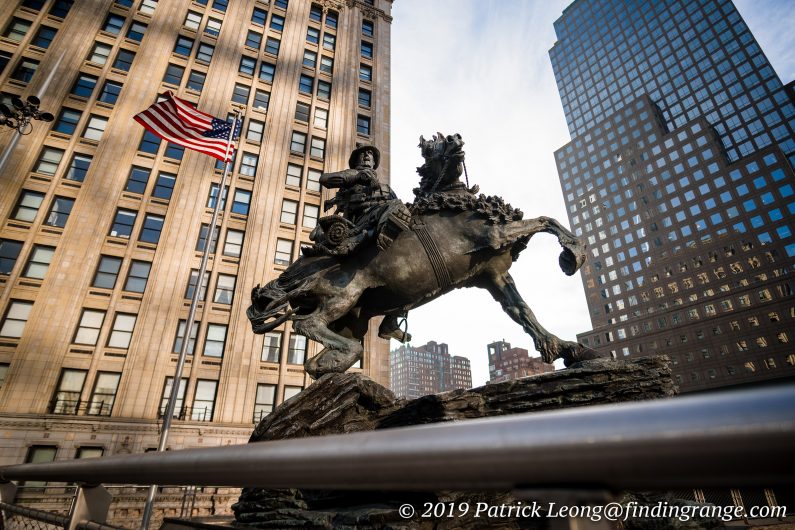 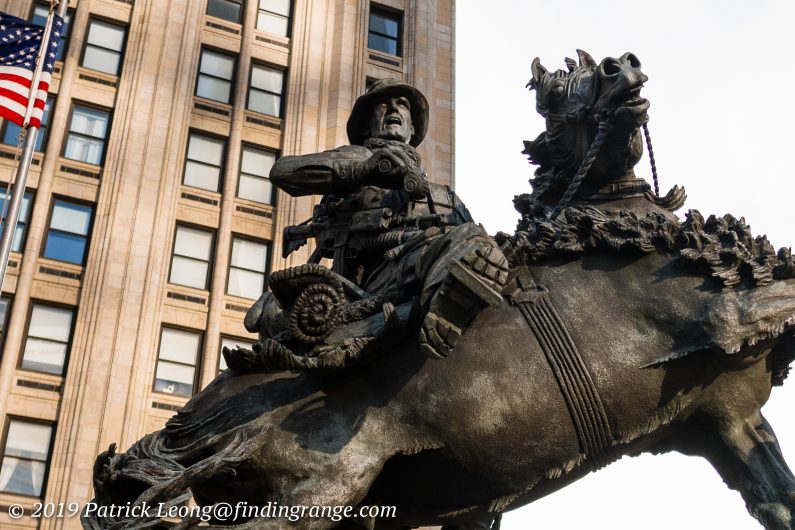 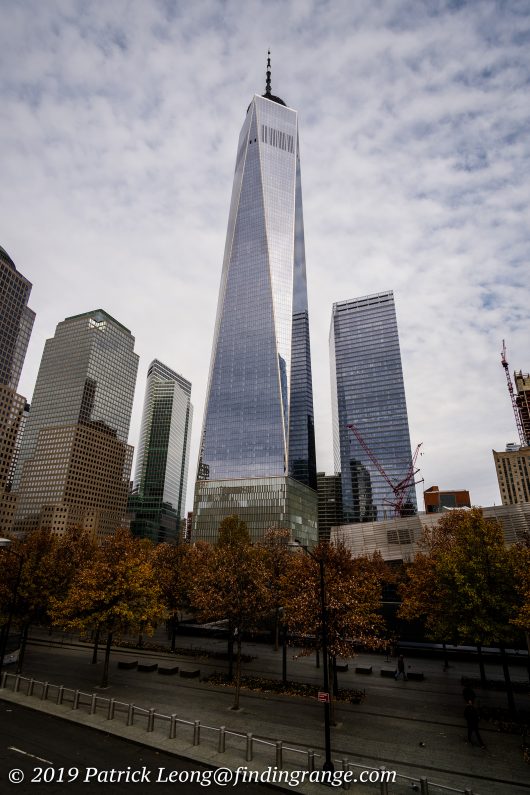 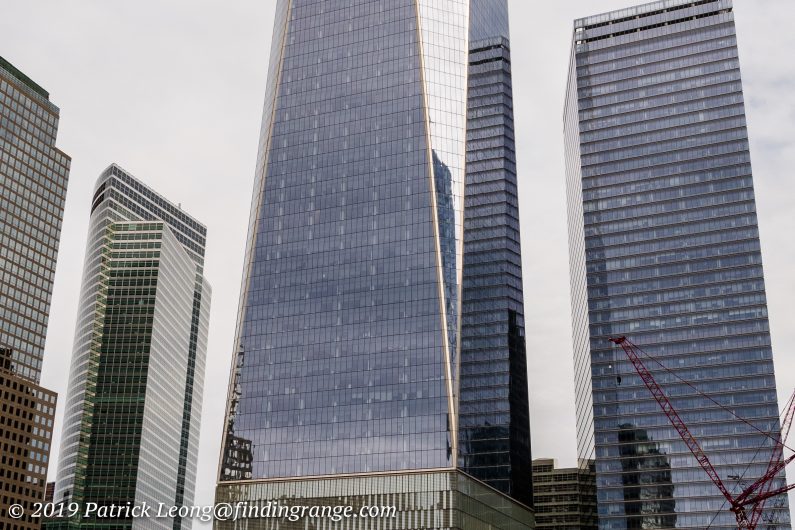 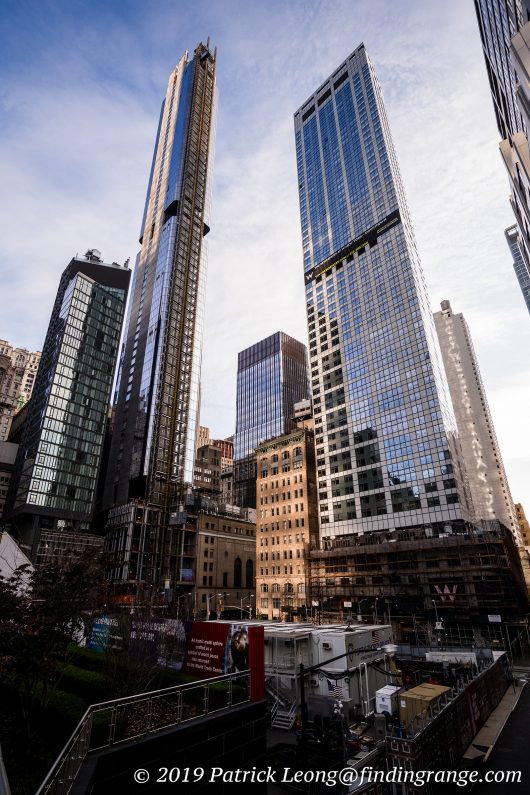 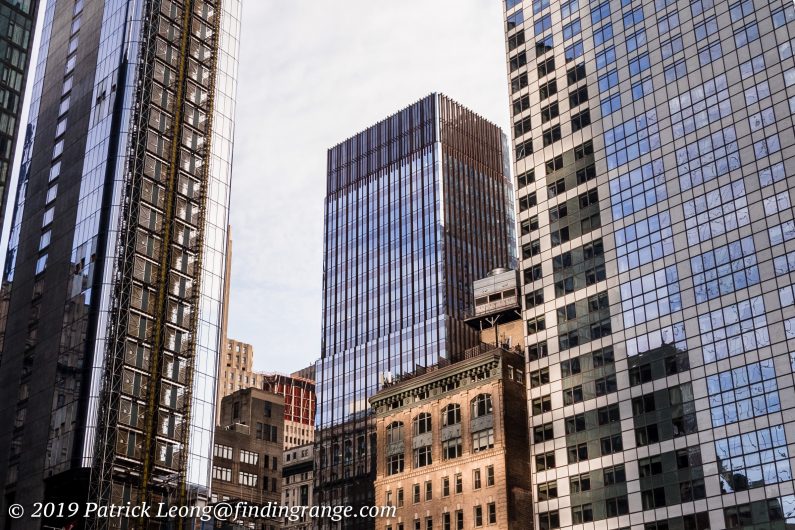 Other characteristics and traits of the 12mm f2.0 NCS CS lens include great color rendering and contrast.  I just feel like this lens produces a really nice look overall.  There’s nice pop in the photos, for instance.  When I’m using the 12mm f2.0, I don’t feel like I’m using anything that is inferior to my Zeiss Touit 12mm f2.8 or even the XF 14mm f2.8 R lens even though both those lenses are significantly more expensive.  I did experience the occasional bit of flare though; however, it’s not significant enough that I would be deterred from buying this lens.  The lens hood actually worked pretty well for those occasional moments when I did have a little flare. 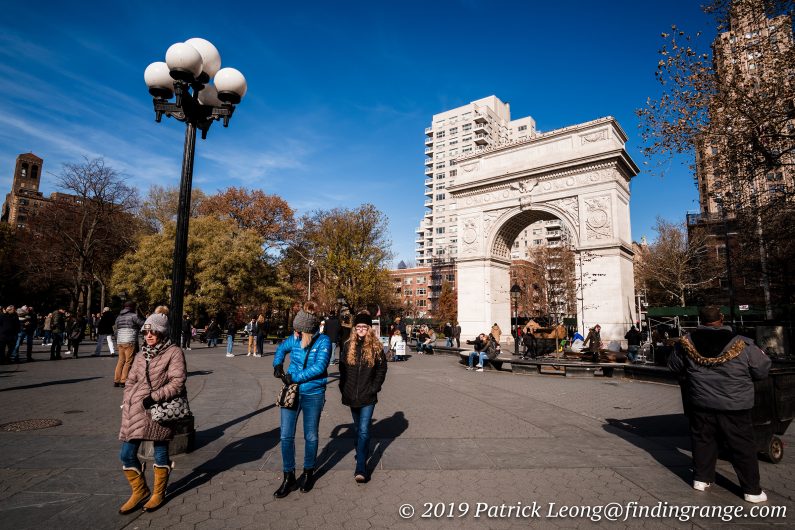 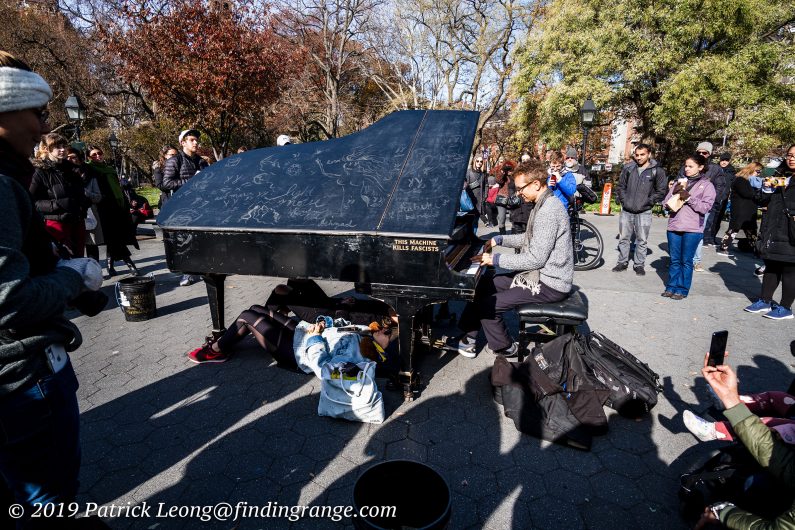 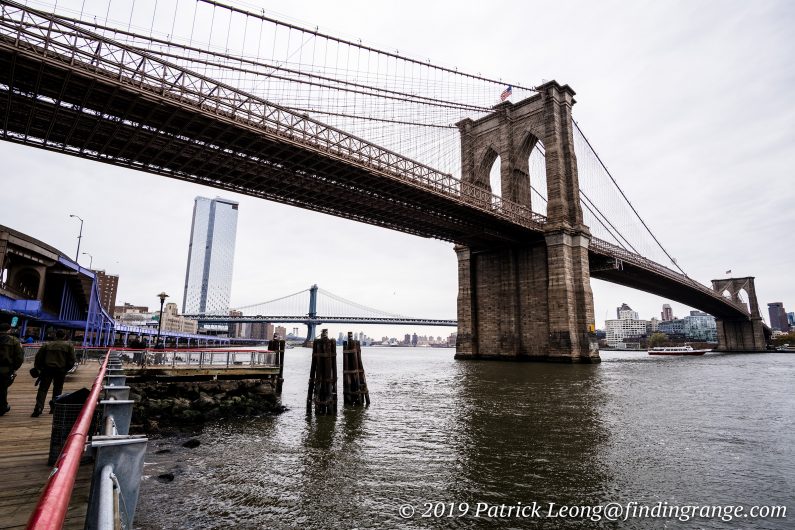 As for vignetting, the 12mm f2.0 NCS CS lens did exhibit some.  For instance, it is definitely apparent at f2 but stopping down to just f2.8 does reduce it significantly.  By f4, most of it is gone but keep in mind that vignetting never really goes away with this lens.  However, if you’re not shooting white walls all the time haha, I doubt you’ll notice it.  Plus, this isn’t out of the ordinary considering this is a fast ultra wide angle lens. 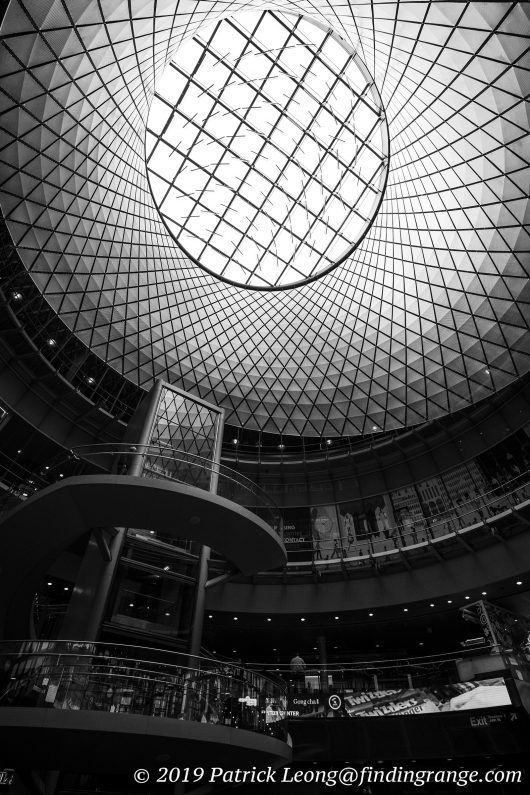 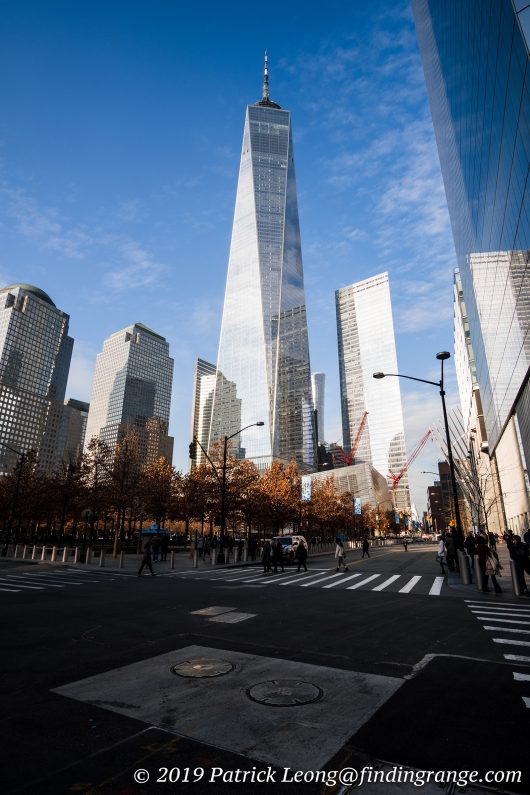 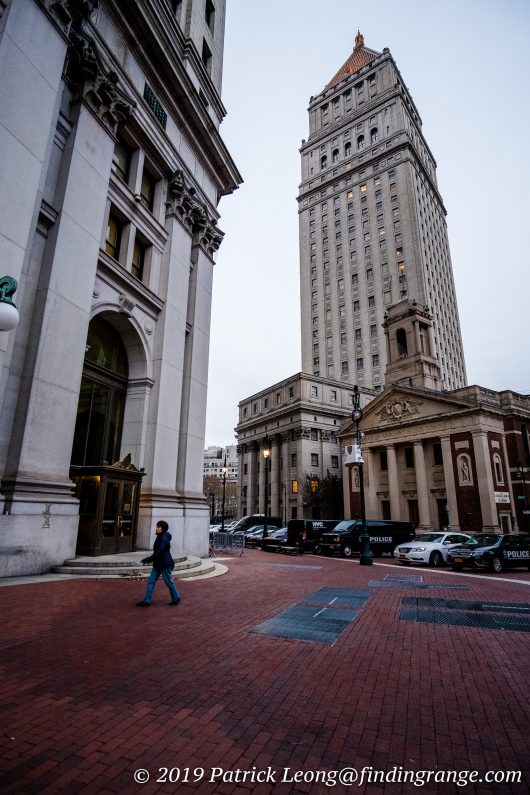 ↑ This was taken later near night time using 3200 ISO.

Since this is an f2 lens, I’m sure many of you are wondering about the bokeh.  Keep in mind that this is a an ultra wide angle lens, so even at f2, there’s still a good amount of depth of field.  In other words, you would have to get pretty close to your subject to see any real significant bokeh.  It’s just not really a bokeh lens in my opinion. 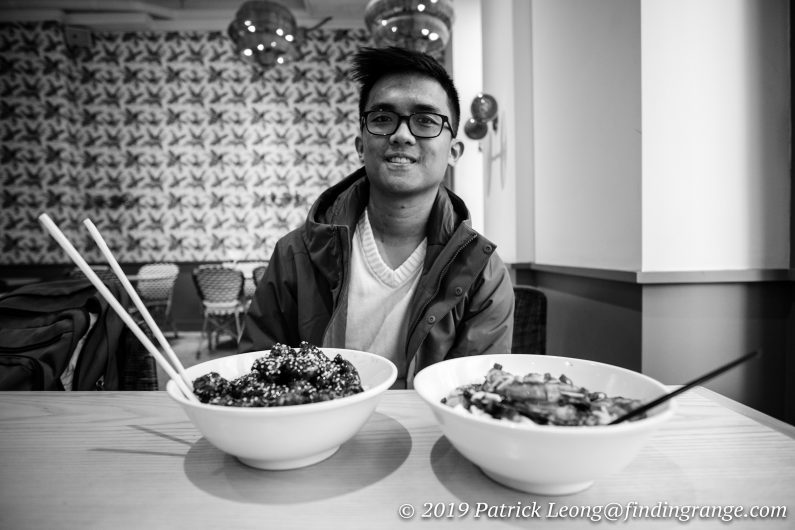 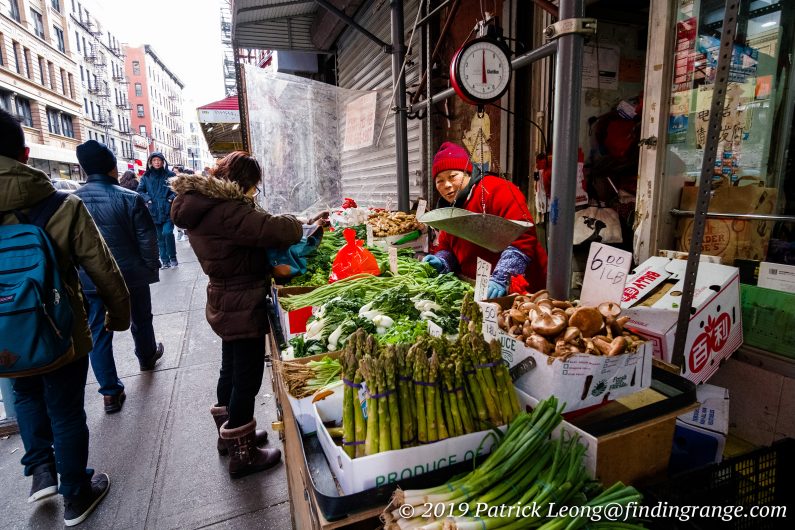 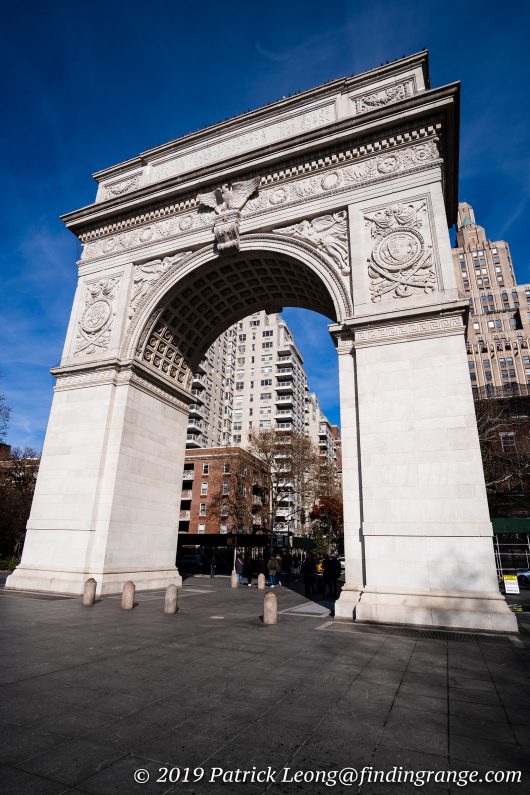 ↑ This was taken at f8 in Washington Square Park. 160 ISO was used.

Overall, I am quite impressed with the 12mm f2.0 NCS CS lens.  It’s made well, compact, light, and you’re getting an ultra wide angle lens with a large maximum aperture for a fantastic price.  You would think for a lens costing $399 (currently $249 for the holidays), you would have to sacrifice somewhere.  Usually, that sacrifice is in the optics but on the contrary, if you choose to buy this lens, don’t feel like you’re settling because you’re not paying twice the price to get the Fuji version or whatever else, for instance.  That’s because I feel the image quality from this lens is excellent, and I think it gives a lot of lenses out there costing more a run for their money.  I have not done any comparison tests but from just what I see, I think the images are very comparable with what you’d get from some higher priced lenses.  It’s worth noting that you also get the f2.0 maximum aperture too. 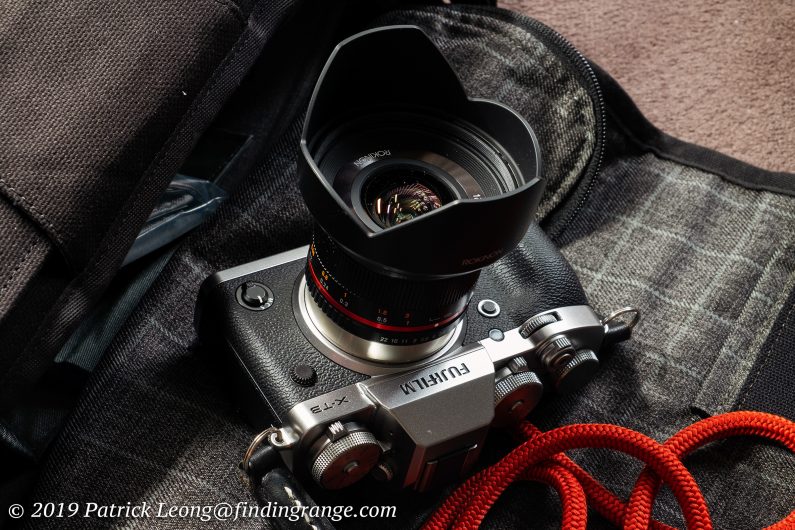 Of course, this lens is manual focus, and for some, this may be a turn off.  I’m not a huge fan of manual focus lenses.  But being that the 12mm f2.0 NCS CS lens is an ultra wide angle lens, critical focusing isn’t such a pain.  You can even stop it down a bit,  and just depend on the large depth of field.  That’s what I did mostly, and that’s how I shoot most of my wide angle lenses in general.

So, to make a long story short, if you’re looking for just a great ultra wide angle lens that you can carry around with you all the time, and something that just produces brilliant images all without draining every penny out of your wallet, look no further.  The Rokinon 12mm f2.0 is definitely one of your best options.

Thanks for taking the time to read my review!  If you’re considering purchasing the Rokinon 12mm f2.0, and my review helped you decide, please help support this site by purchasing from the links below or any mentioned in this review.  It will not cost you anything extra.  Thank you for your support!