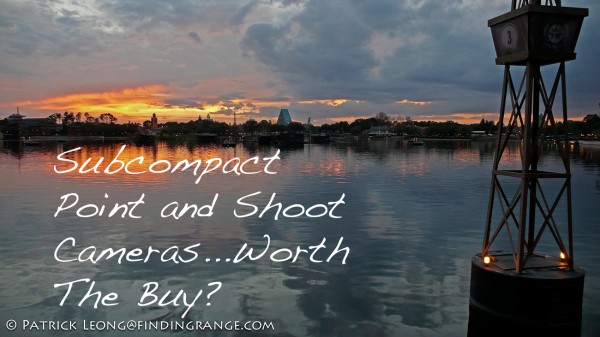 Wow, have any of you seen what a really good subcompact/point and shoot camera can do nowadays?  I know a lot of subcompact cameras (point and shoot) like the Leica D-Lux 5, the Panasonic LX5, and the Olympus XZ-1 can shoot in RAW but I guess after I bought my M9, it kind a made me forget that even cameras in the point and shoot category can produce beautiful images.  Oh come on, I know that I’m not the only one who forgot that after the purchase of an amazing machine such as the Leica M9 :).

Seriously though, I was looking at a post on the Leica blog about a wedding photographer named Raymond Phang, and his photos with the Leica D-Lux 5 Titanium are really good.  Check it out if you get a chance.  It makes me want to trade in my D-Lux 4 Titanium to buy a new D-Lux 5, that’s for sure ;).  I sometimes forget the amazing capabilities of subcompacts nowadays.

Why Subcompacts Are a Great Choice in Today’s Diverse Camera Market:

I have people who often ask me, “what camera should I get?”  Of course I say a Leica M9 but realistically, most people don’t want to pay $7000 for a M9 (that’s without a lens) if all they’re going to do with the camera is shoot family events, and the occasional vacation.  The people who have asked me what to get, often also say that they want something small, easy to use, and of course, something that produces good images.

Well, there are thousands of choices in today’s camera market.  You have DSLR’s, film cameras, cameras built into a phone, mirrorless, and subcompacts.  DSLR’s are big and sometimes too complex for some users, film can be inconvenient, and sometimes you want better photos than what you can take with your camera phone (although I’ve seen some really cool pics taken with phones).

How about mirrorless?  I love mirrorless cameras.  I suggest them to everyone.  I played around with an Olympus Pen, and I fell in love with it.  The images produced from a $500 camera with a $50 zoom amazed me.  But sometimes you want something that can fit into a pocket, and that’s where subcompacts come in. 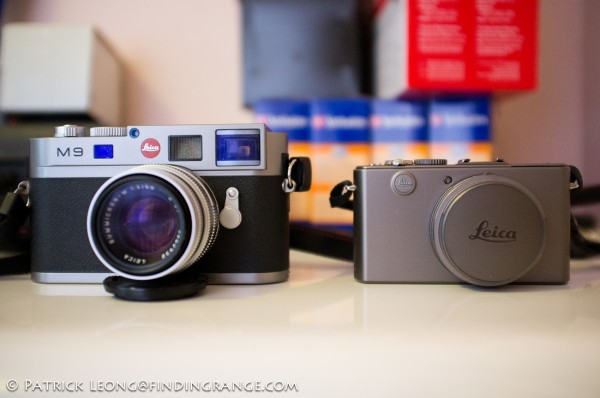 ↑ Size comparison: Leica M9 vs. Leica D-Lux4 Titanium.  The M9 is already a pretty small camera but the D-Lux is perfect for a coat pocket.

Yeah, yeah I know…small sensor, noisy images…blah blah.  Subcompacts have their limitations just like anything else but they can still produce amazing images especially when shot in RAW…images that can make others think you brought along something like a DSLR…Images that can make you want nothing more until you look at a much better camera.  And the cool thing?  There are a lot more choices of subcompacts that can shoot RAW now than ever before.  On a side note, even if you’re lazy, and shot everything in Jpeg, images are still pretty damn good coming out of today’s subcompacts.  In fact, all images in this post were shot in Jpeg.

Price might be a little steep for some especially when compared to something like an Olympus Pen (you can find a camera with a kit lens for $600).  Compare that to something like a Leica D-Lux 5, which retails for $799, and you’re probaby thinking to yourself, “What the hell?”.  But hey, the D-Lux fits into my pocket way better than an Olympus Pen.  Plus, you get Lightroom, which is your doorway to helping you produce some awesome, a$$ kicking images with your little subcompact.  Lastly, to sweeten the deal even more?  Most subcompacts nowadays come with fast lenses…often in the ƒ2.0 or lower area.  The Olympus XZ-1 has a wide open aperture of ƒ1.8.  Fast lenses give better bokeh, and allow you to shoot at much lower ISO speeds, which is extremely important because one of the weaknesses of subcompacts is noise at higher ISO speeds.

To me, cameras like the Leica D-Lux 5 are pocket rockets just like how the Volkswagon Rabbit was referred to back in the day.  No one ever takes you seriously when you pull a subcompact out on the street to take street photos because you have a “dinky” point and shoot.  Little do they know that you actually have a pretty nice camera that can shoot RAW, and with the right person behind the camera, a machine that can help produce beautiful images.  In other words, it’s a great way of being stealth and unimposing on the street, while also producing some nice photos.

On to Photos From a Subcompact:

I guess what I’m getting at is that it’s ultimately your choice as to what kind of camera you want to purchase.  But don’t discount subcompacts just because of some of the limitations that you hear about from the web.  Subcompacts have the potential to really help you produce some good work, especially in combination with today’s powerful photo editing software, such as Photoshop CS5 and Lightroom 3.

Anyway, this was just a random rant (this is a blog).  I was just looking at the Leica blog, and saw those photos taken with the Leica D-Lux 5 Titanium by Raymond Phang.  Once again, you can check them out here.  It actually motivated me to take along my D-Lux 4 today, and see what I can get out of it…M9 will be there of course as well :).  Below are a bunch of images I shot with my D-Lux 3 and 4.  All were shot in Jpeg NOT RAW.  My D-Lux 3 was the beginning of my digital photo career (shot film) so I didn’t even know what RAW was at the time :).  But I think even the Jpegs came out okay.  Imagine if I shot them in RAW…see the potential :)?  All photos were edited in photoshop.  I hope you all enjoy them. 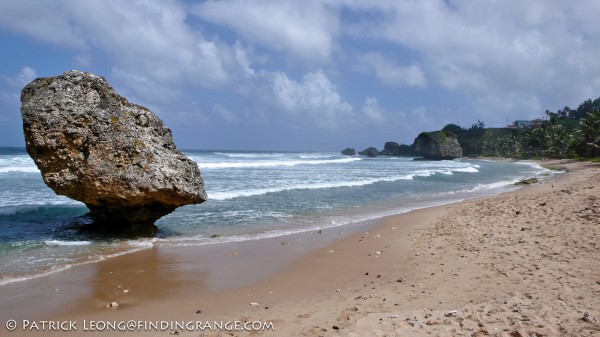 ↑ This was shot in Barbados in Jpeg (like every other image in this post) with my Leica D-Lux 3.  I have a 13×19 size print of this and it came out really good.  You can see all the little details on the rock. 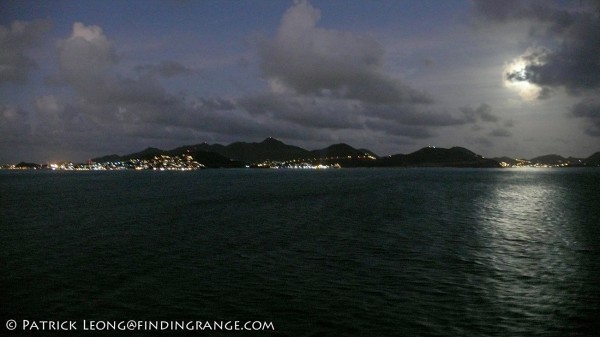 ↑ This was shot with my Leica D-Lux 3 on a moving cruise ship (cruising is a guilty pleasure of mine) so it’s slightly blurred and of course there’s a lot of noise because of the high ISO.  It still came out cool though. 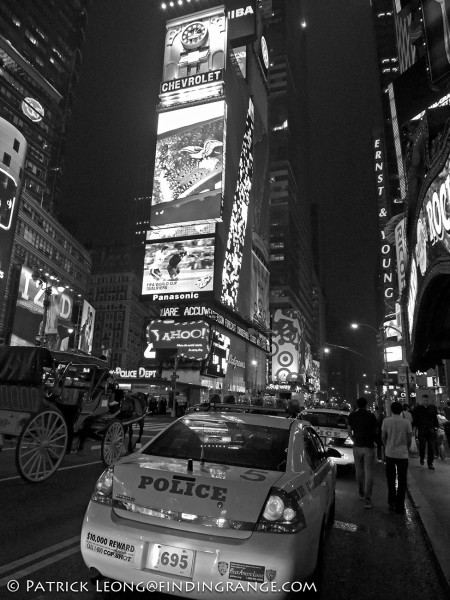 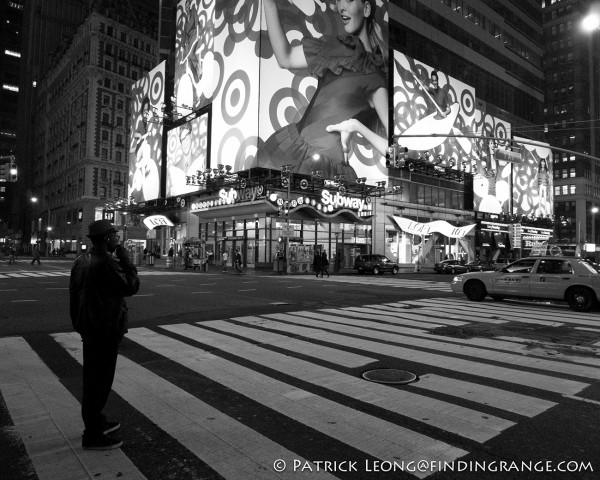 ↑ Another shot with the D-Lux 4 wide open around Times Square.  NO Nik Software Silver Efex Pro. 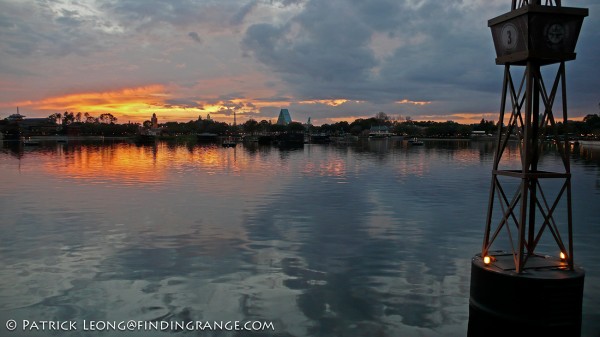 ↑ This is one of my favorite images that I took of all time.  This Jpeg was shot at Disney World with the D-Lux 3 wide open.  I have a 13×19 size print of this and trust me, it’s sharp.