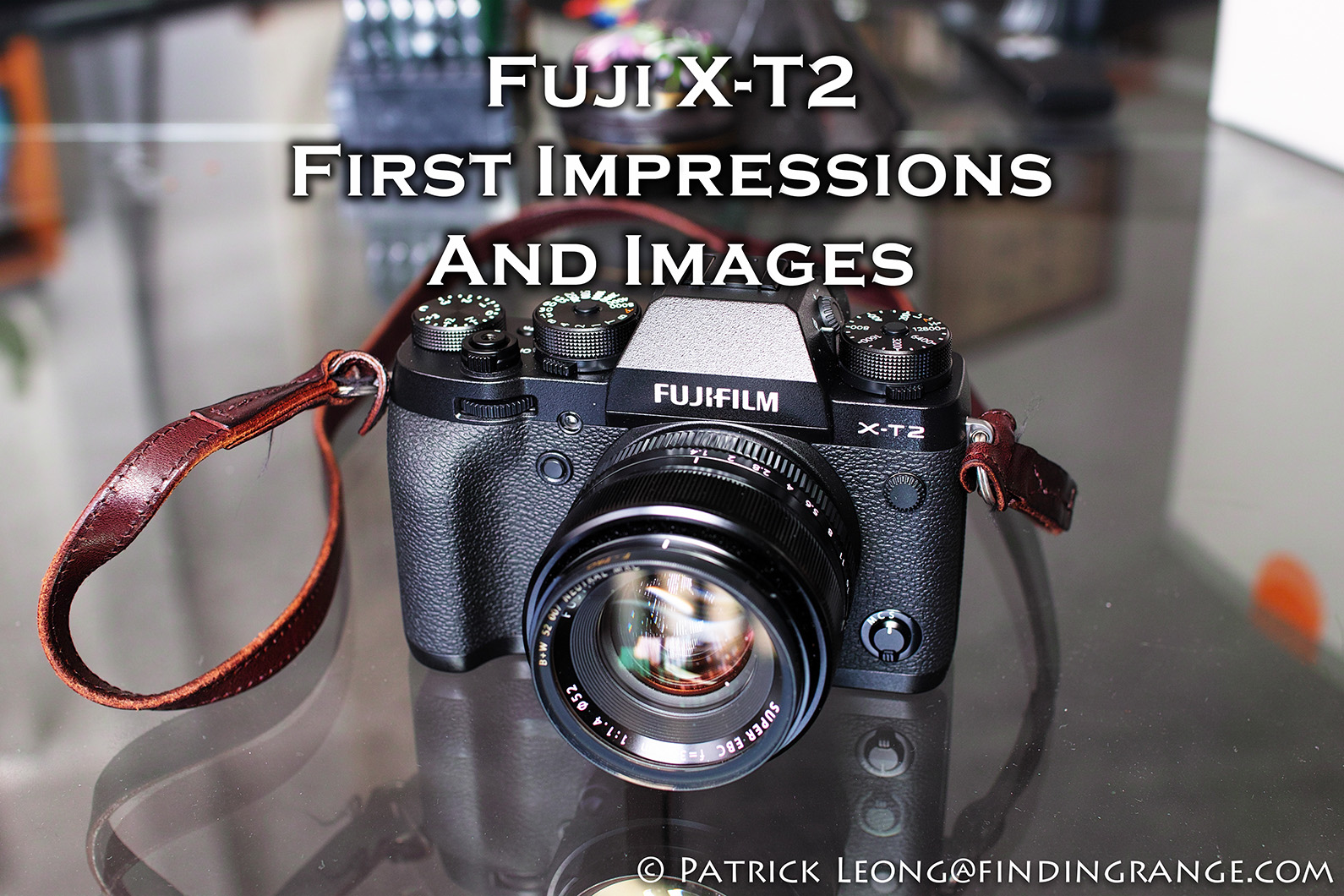 So, I’ve had the Fuji X-T2 since it was released last week, and I’m still super excited about it.  I’ve waited a long time for the X-T2, and it wasn’t an easy wait considering how much I enjoyed my time with the X-Pro2 when I was reviewing it.  The significant improvements found in the X-Pro2 made the camera so much more user friendly than its predecessor that I was so tempted to buy one.  But I pretty much went through every single X Series camera starting with the X100, and discovered over time that the X-T body fits me best.  I love the shape, the dials, and the awesome EVF.  So, I decided to wait (rather impatiently), and I’m glad I did because the X-T2 has proven to be better than I ever expected!

For one, the X-T2 body is actually better in many ways.  The door panels like the ones for the battery and SD card slot are built better.  Also, I love the fact that the X-T2 has two SD card slots.  In terms of size, it’s larger but surprisingly, I don’t really feel the increase in size.  Instead, it’s just more comfortable, and I noticed that instantly.  You could buy the Fujifilm VPB-XT2 Vertical Power Booster Grip, if you shoot a lot in the vertical position but even without it, it feels more comfortable to hold the X-T2 in the vertical position than the X-T1.  Personally, I’m still on the fence with the Power Booster Grip.  I appreciate the boost in performance, and it would really help out with portrait work but at the same time, it makes the camera significantly larger.  Plus, it’s heavier, especially with two extra batteries.  So, I guess I will decide later on this matter. 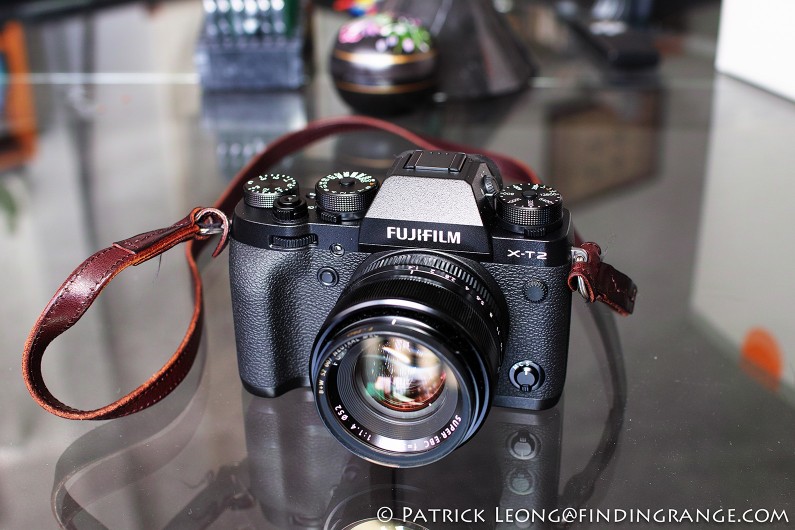 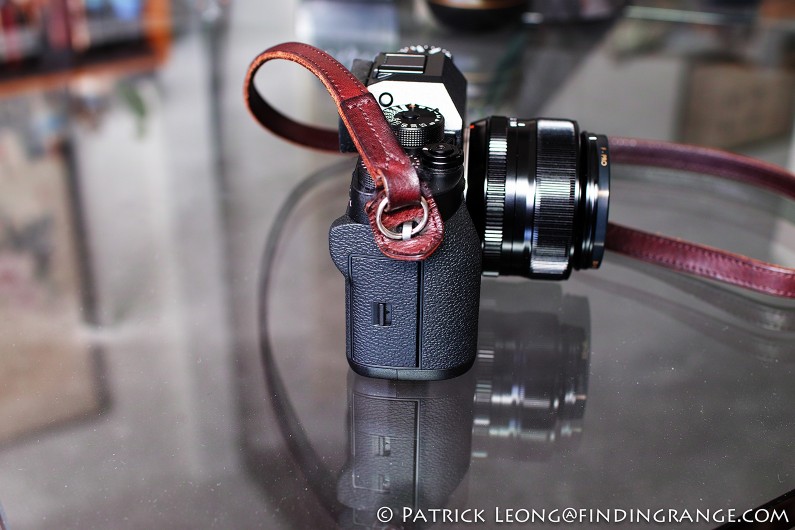 ↑ The battery door now has a little switch on it.  It’s also made a bit better in general. 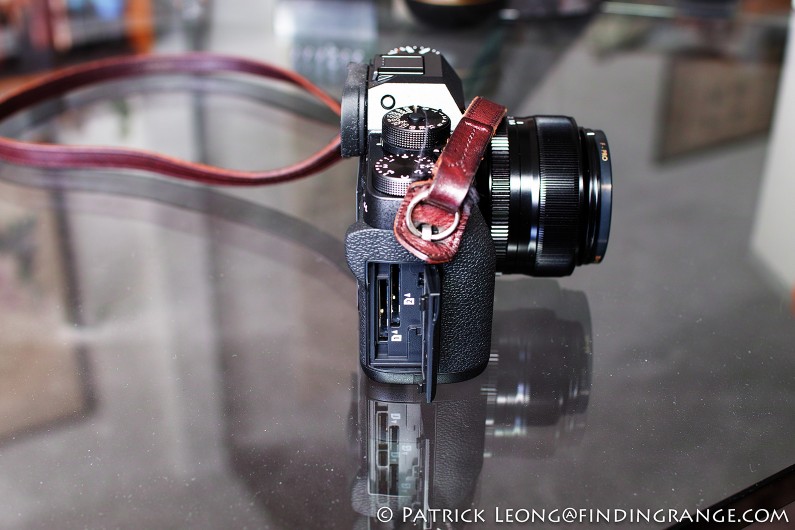 In addition to the more comfortable body, there are dials for a lot of the controls and functions, which should be familiar to anyone who has used an X-T1.  Minus a few differences, the dials are essentially the same as the ones found on the X-T1.  However, I really love the new lockable function on the main dials like the ISO and shutter speed dials.  With the X-T1, you had to press and hold the lock button to rotate the ISO dial, for instance, which sometimes was a bit annoying especially when it was winter, and I had my thick gloves on.  But it’s easy on the X-T2: you simply press the lock button once, and you can freely rotate a dial.  It’s similar to the one on the Pen-F.  When you’re done, press it again to lock it.  It’s that easy. 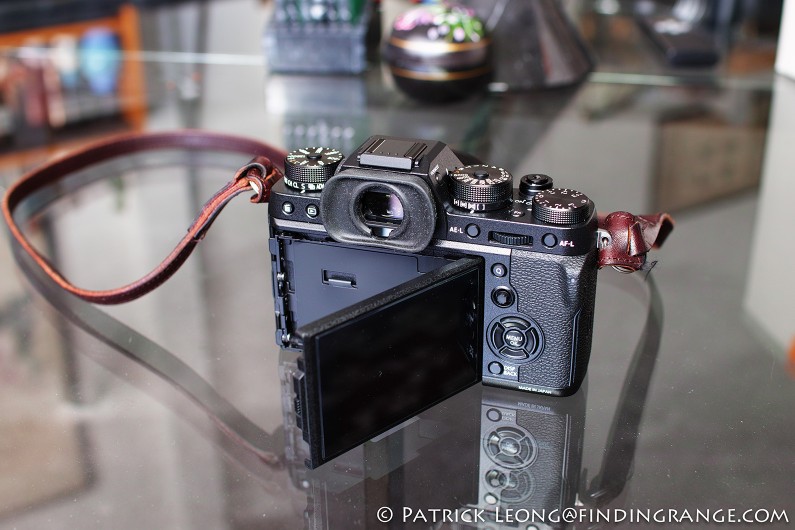 ↑ I love the 3 direction tilting display!

Now, let’s talk about the electronic viewfinder.  You’re still getting a 2.36 million dot EVF with the large 0.77x magnification (which is one of the main reasons I prefer the X-T body over any of the other X Series bodies).  When you hold the camera vertically, you still get the Vertical Mode, which rotates the information display making it easier to read.  So, it may seem that not much has changed but that’s not true.  For instance, the EVF is two times brighter than the previous model, and features automatic brightness adjustment function.  Plus, while the standard refresh rate is 60 fps, it jumps to a whopping 100 fps in Boost Mode.  Viewing becomes so fluid that it’s seriously comparable to an optical viewfinder. 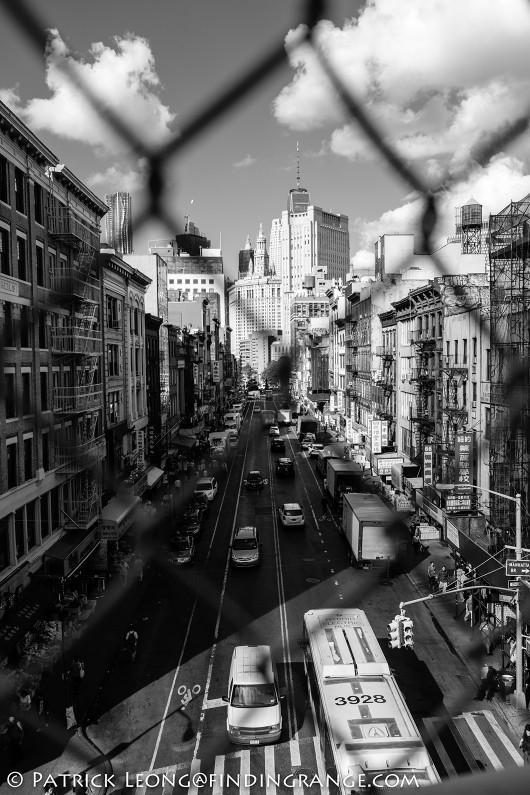 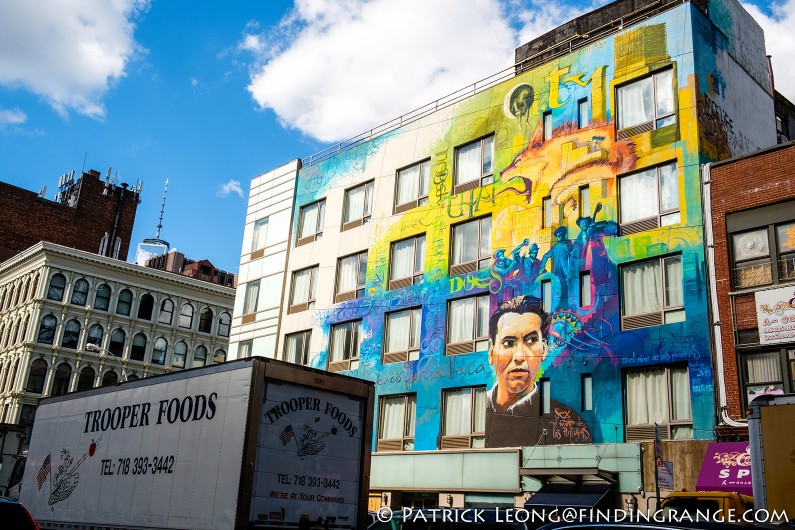 As for the autofocus, it is pretty much perfect for me.  Here’s a taste of it: It has contrast and phase detection AF, it offers a whopping 325 AF points, there’s the joystick on the back that a lot of us love from the X-Pro2, which allows easy selection of a focus point, and Eye Detection AF, which works really well.  I will have more to say about the autofocus system in my review but so far, I am so happy with it.  It’s not only blazingly fast, it’s very accurate and intuitive, which to me, is more important.  It seems to know exactly what I want, it focuses on it, and then just nails the shot.  I reviewed the Olympus Pen-F a while ago, and while I haven’t done a direct comparison yet, I feel the Fuji will really give it a run for its money.  The Pen-F is definitely fast but it’s not just about the speed; the X-T2’s autofocus is so accurate, and seems to know exactly what I want all the time. 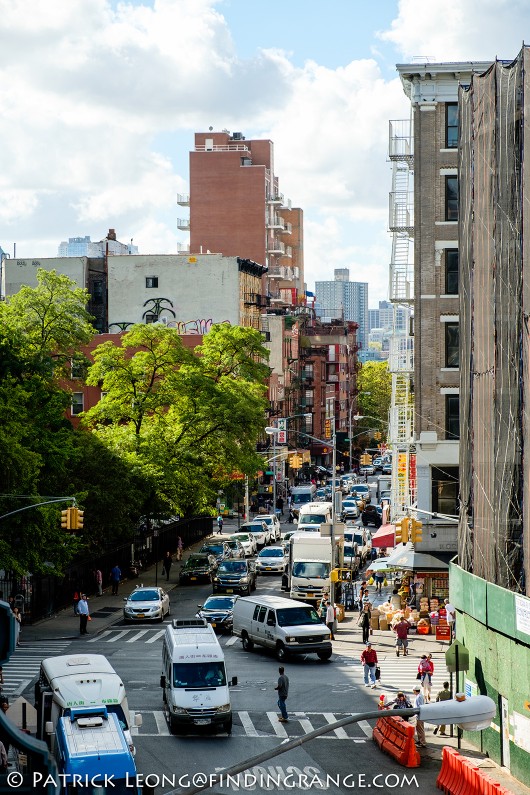 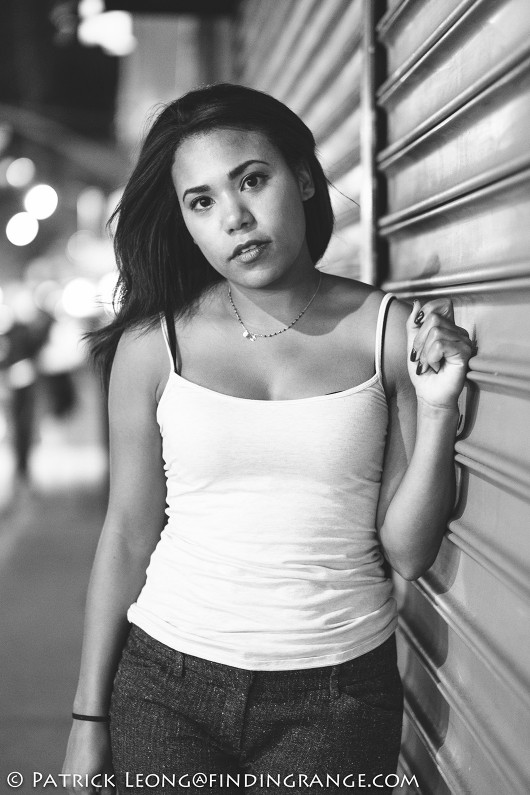 The new Fuji X-T2 has a lot of amazing features, which I will go into more detail in my review but none of them would really matter much if the image quality wasn’t good.  Well, with the same 24 MP X-Trans CMOS III sensor that the X-Pro2 has, image quality is fantastic.  First off, the color rendering is absolutely beautiful, and so is the contrast.  Combined with the sharpness that you can expect from Fuji, you’re getting images that have so much life and pop to them.  Of course, the image quality doesn’t stop once the sun goes down because high ISO is also excellent.  For those who were happy with the X-T1’s image quality, they will simply love what the X-T2 produces!  I do! 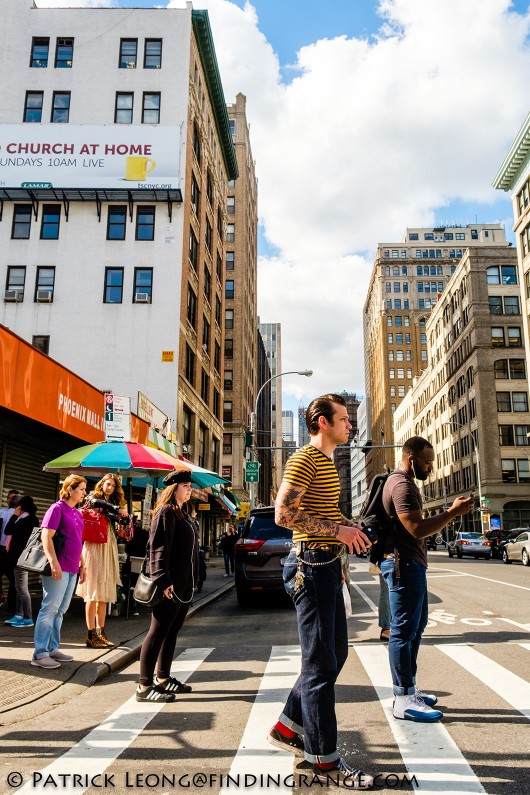 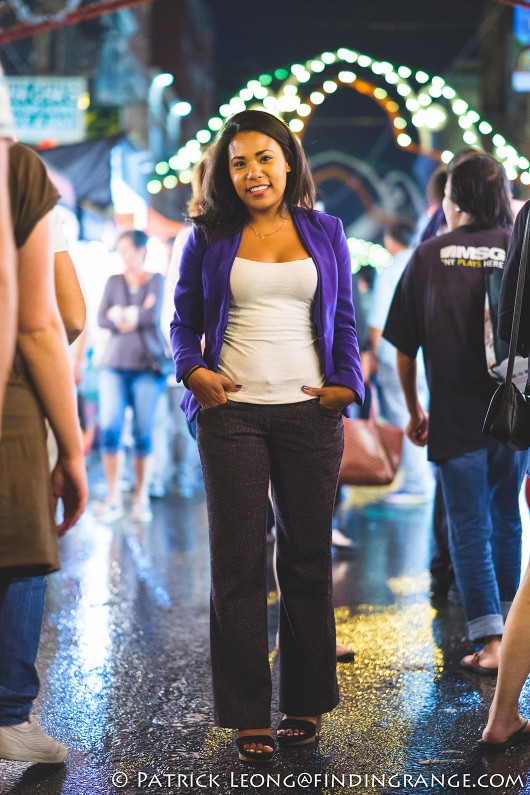 So, my review will come soon but overall, this is how I feel about the Fuji X-T2.  You know how I said in the beginning of this post that the X-T2 has proven to be better than I ever expected?  Well, I loved my X-T1, and it was hard for me to see how Fuji would improve on it significantly.  To me, it really was (and still is) a fantastic camera with huge capabilities.  But they really have done an amazing job on this new camera.  The X-T2 may look just like its predecessor on the outside but it is definitely more than just a polished version of the X-T1.  Anyway, this will definitely be one of my favorite reviews to write!  Stay tuned!