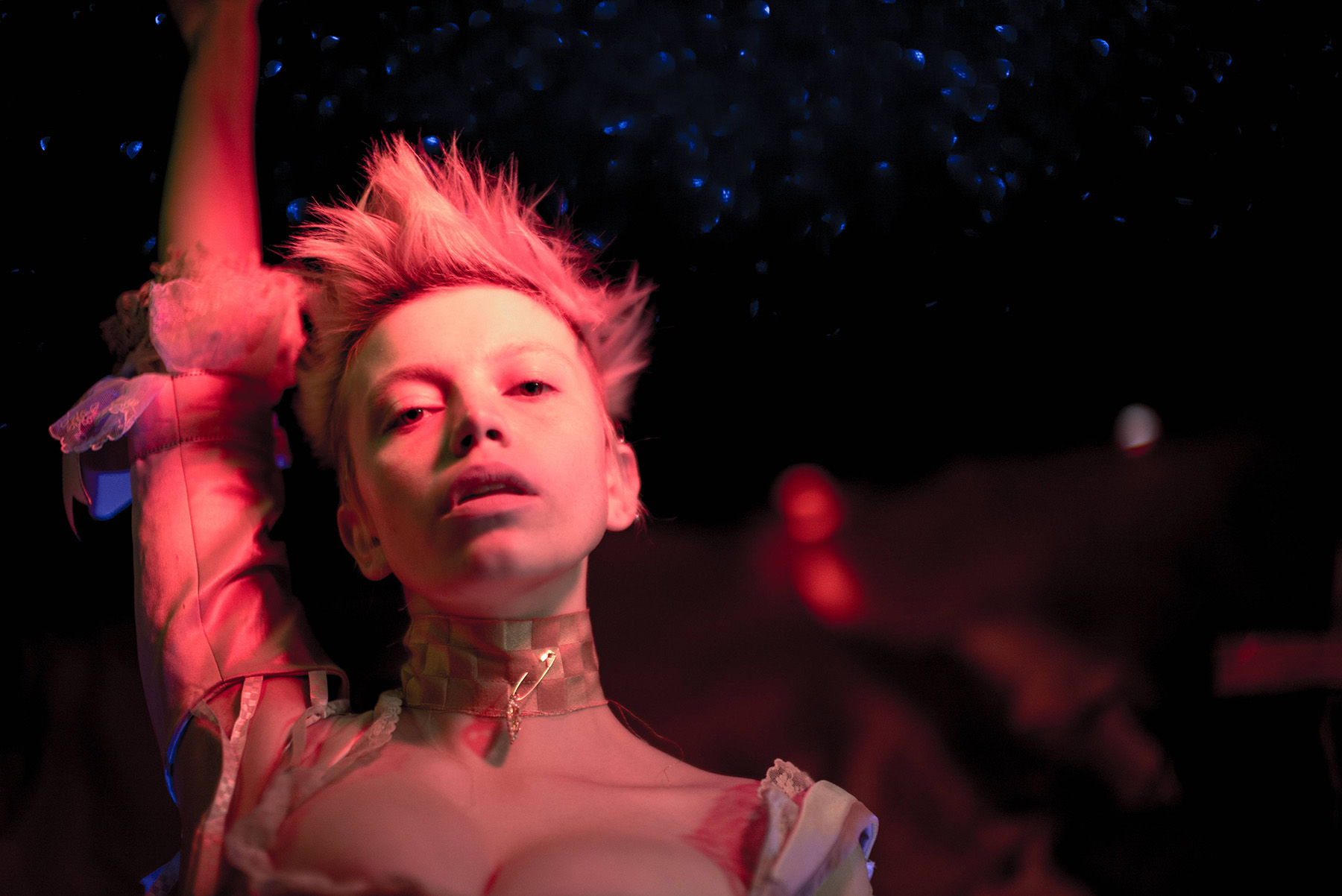 Note from Admin: Today, we have a fantastic Leica guest post by Simon King.  He took his Leica M 240, and the legendary 50mm Noctilux f0.95 to London Fashion Week.  Here he talks about his experience with this amazing combo.  Enjoy!

There are a few “specifically photographic” occasions that camera manufacturers use as selling points for their gear. Frames /second for sports, telephoto for nature and wildlife, compactness for street, ergonomics for travel; and so on.

Fashion events, including presentations, pop-up showrooms, and runway displays, are all heavily documented and photographed, and the camera industry reflects this with marketing and advertising of flashes, special lenses, and so on to fashion photographers. 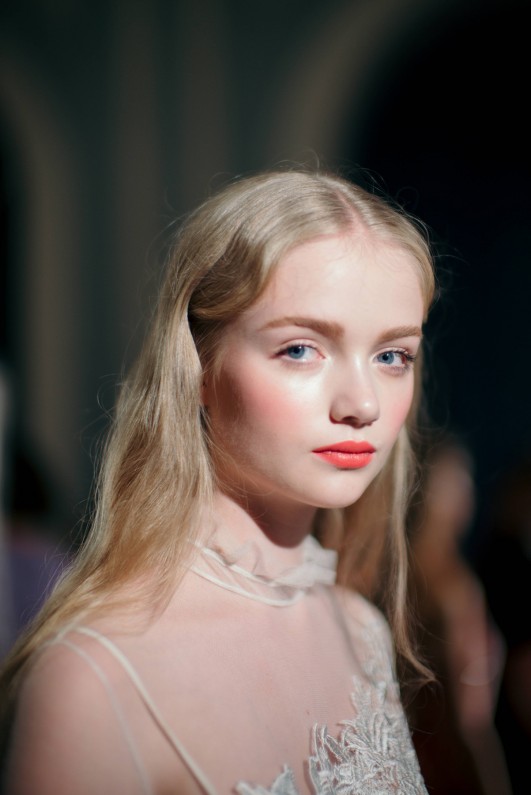 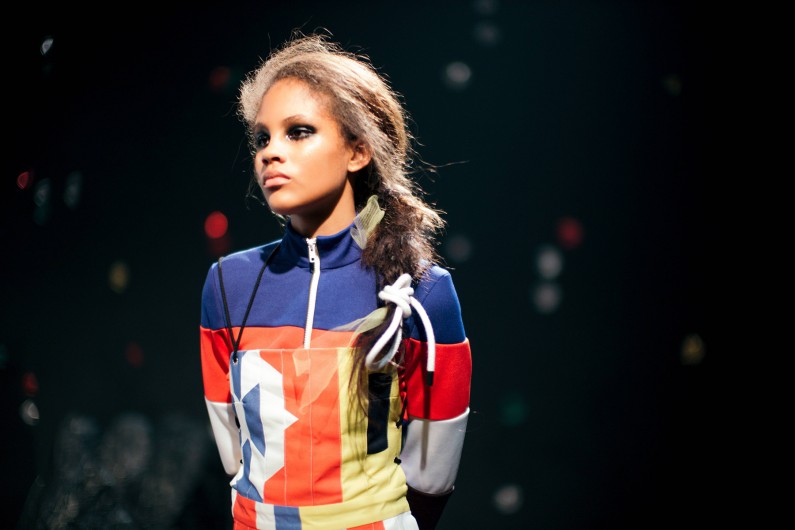 I find that when bought in this mindset equipment becomes as temporary and directed by trends as the clothing and styles they record. I am constantly surprised when the photographer next to me begins to scour through the buttons and menus of their camera, searching for some elusive, obscure setting that the salesman assured them would guarantee them the sharpest/clearest/most bokeh filled photographs that the other brands wouldn’t offer. 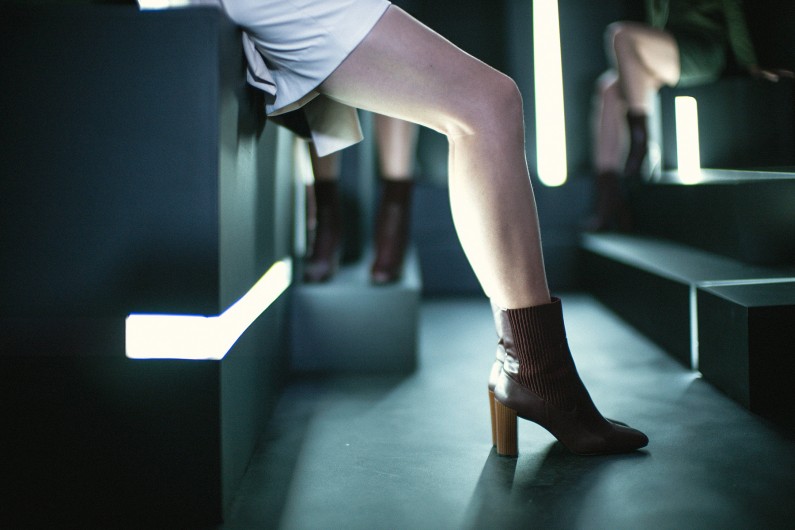 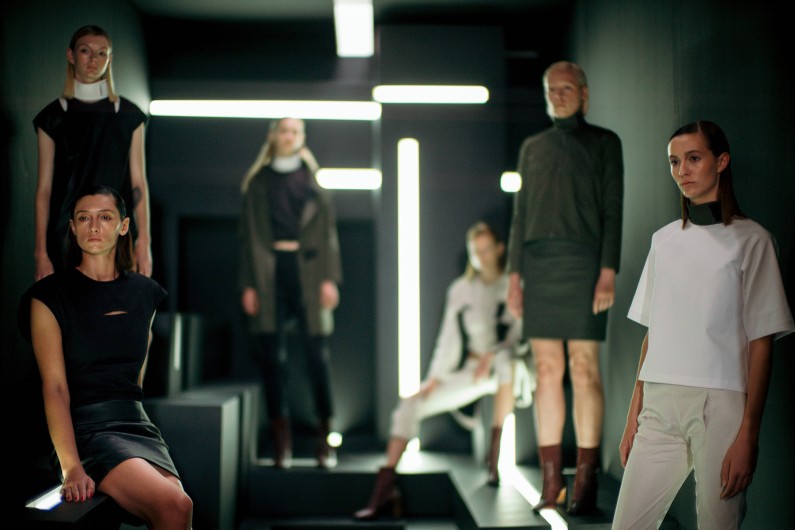 When that same photographer turns and notices my Leica, and I see the glimmer in their eye of wistfulness it is clear that their rental camera, or camera-of-the-week that is causing them such difficulty, is lacking in some substance. I am affirmed that the direction I have taken with my style and preferences when it comes to gear is correct. I have made the right decisions. 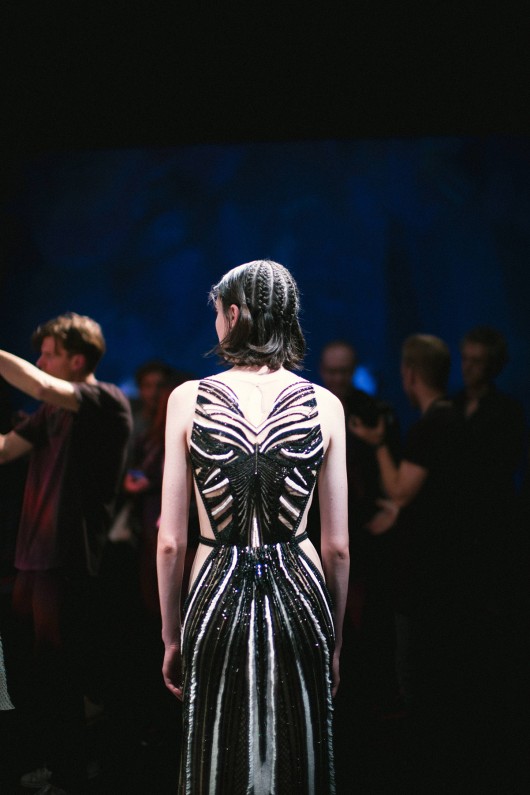 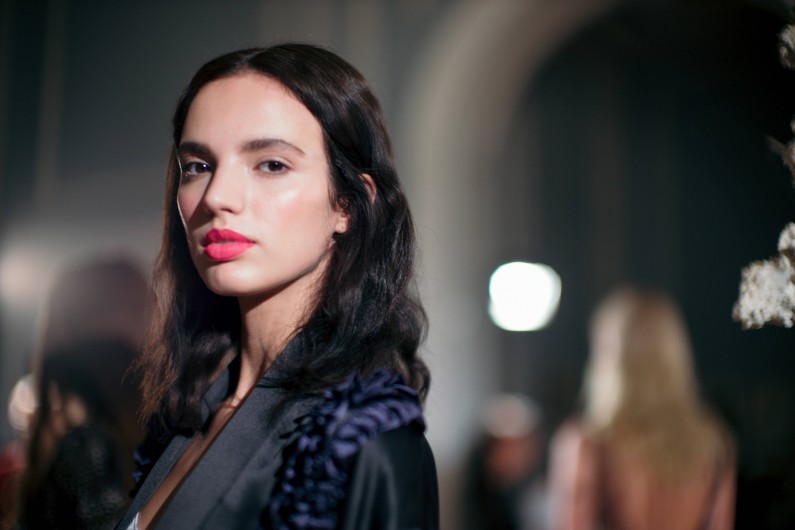 People who spend all their time on forums and blogs lose sight of what a camera is – a tool to practice a trade and craft on – and this is not a connection that more megapixels or film emulating filters, or the latest GPS grip should be able to entice a user away from.

My most recent large scale implementation of my tools was at London Fashion Week SS17, where I captured the stunning designs from big name as well as fringe, and up-and-coming talent. I worked with beautiful models, and alongside some of the finest contemporary photographers. Of these, I saw that Canikon dominated the scene, with Sony used for video. The only Leica-kin I noticed both used M6’s with a wide angle, and were both independent bloggers, unattached to PR groups or News outlets. 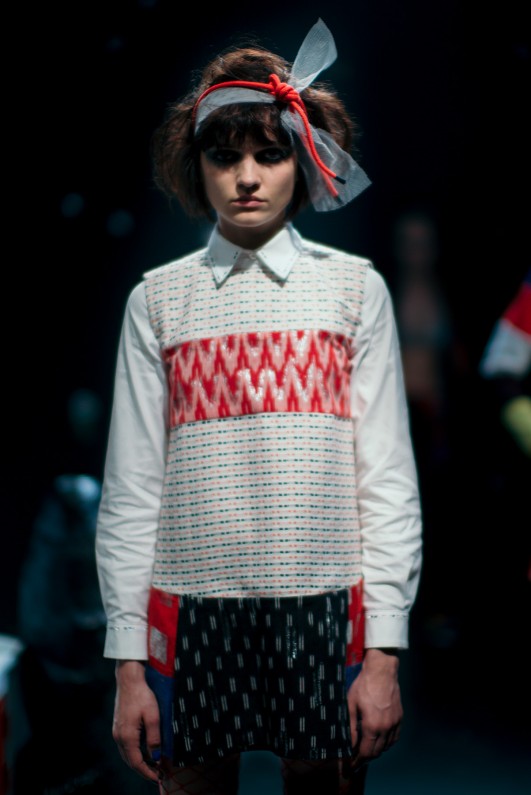 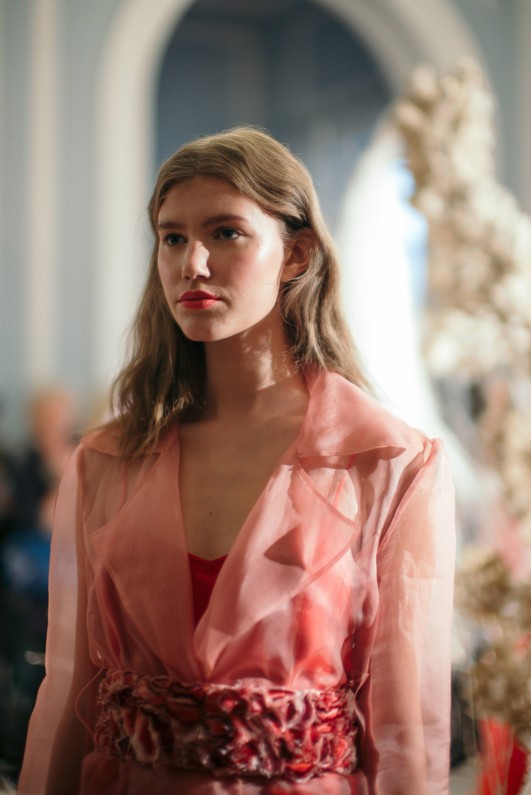 The atmosphere at one of these events is very fast paced, with everyone clamoring to get the shot and then move onto the next show. The slower workers, such as myself, and the people who were taking the time to write down thoughts in notebooks, or even take a quick pencil sketch of a scene, relegated themselves to the corners of the stages and rooms, allowing the people shooting at 12fps to run around with their harnesses and heavy tripods. 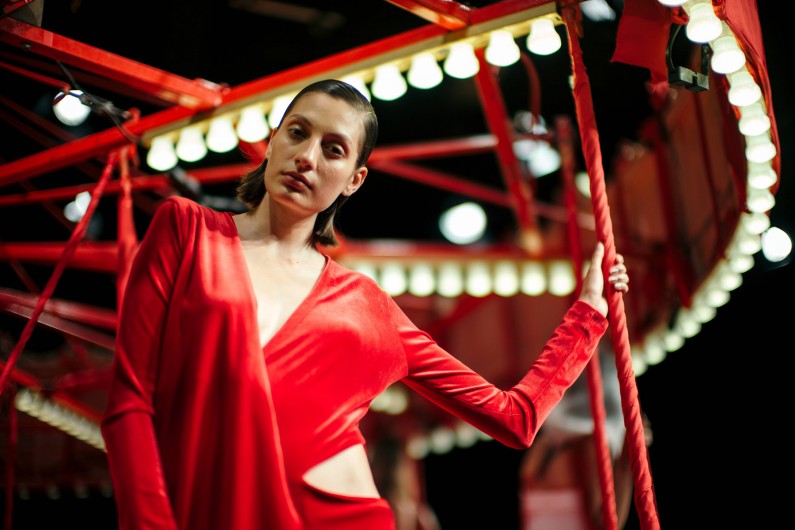 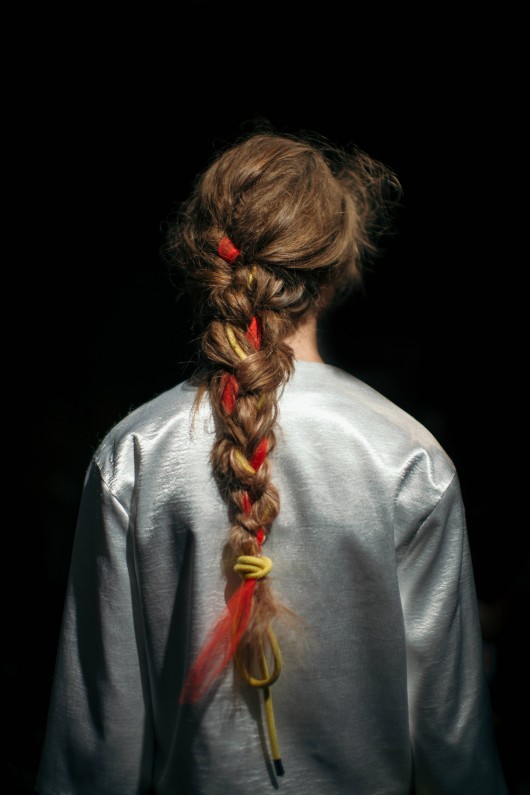 Rangefinder focusing is notorious for offering a challenge to low light scenes. The digital frame lines in the 240 aids with framing, but the rangefinder patch does begin to seem like a feint memory in front of your eye. However the fashion scenes were all high contrast, and brilliantly lit, and I had no trouble in manually focusing and capturing the majority of my shots cleanly the way I had wanted them. 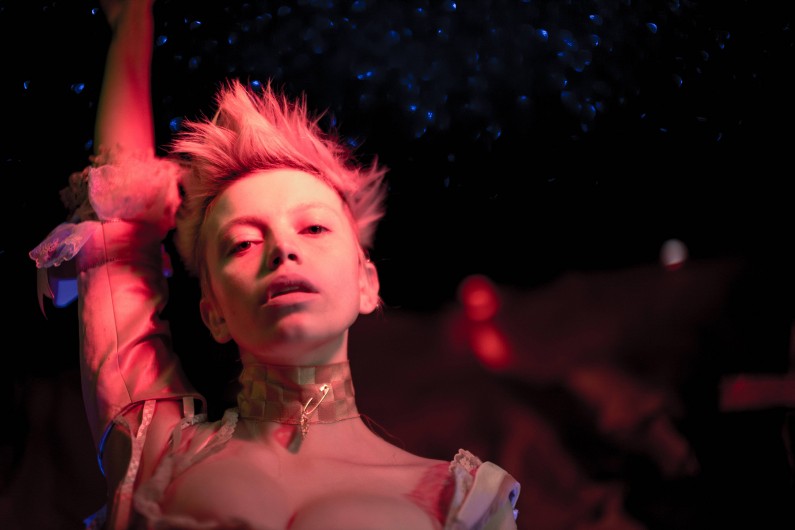 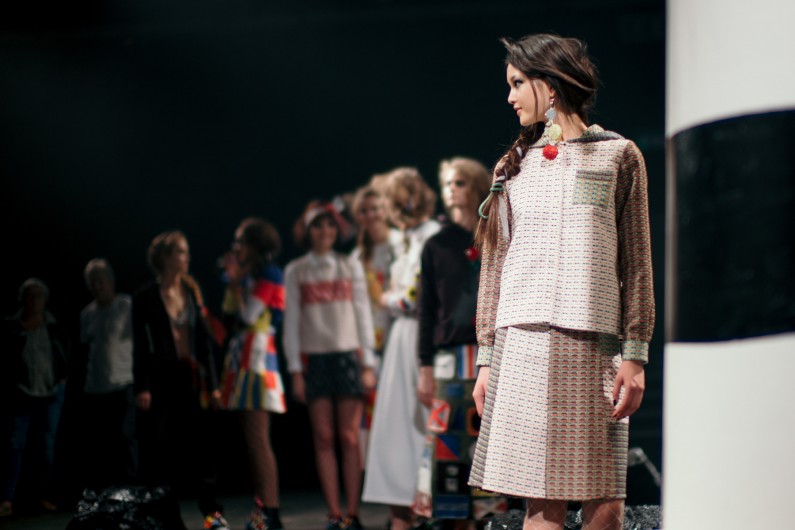 The lens I was using is not most people’s first choice for a fashion show. 50mm, although a classic focal length, was assuredly out of sorts among the other photographers who were each using a minimum of 70 on their super-zooms. On top of this, manual focusing on an f/0.95 lens takes a long time to get used to. However, looking back at the images I am certain that I would not have wanted to capture them any other way. 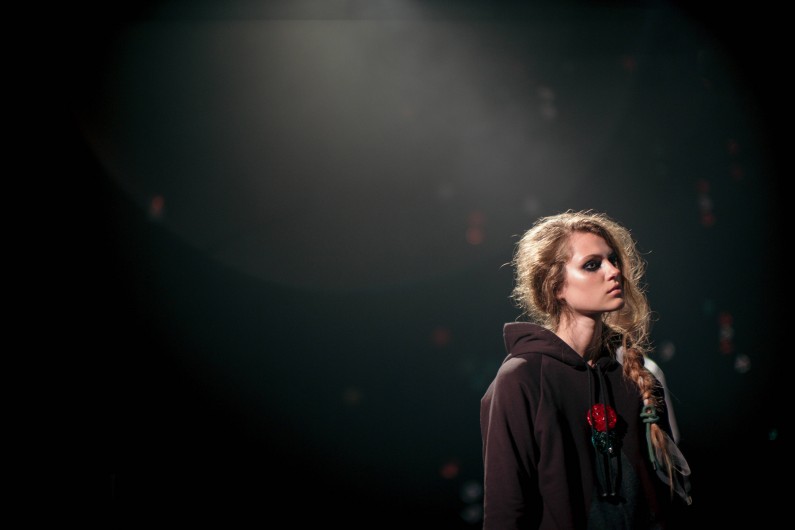 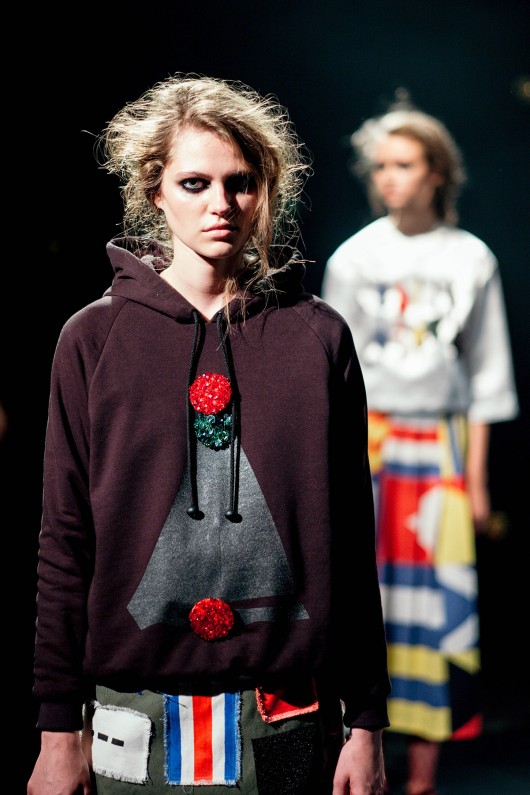 The brightness of the lens allowed me to negate the use of a flash entirely, and the distance between myself and the models meant that I could actually direct them, and achieve better quality compositions than had I been further away.

Having what is still a compact camera system, despite being spoiled by offerings from Sony and Fuji, and managing to use it in a project like this, to create such a diverse array of images under poor conditions is something I don’t think I’ll ever be able to give up.

I hope you enjoyed my photographs and my stories! More of my images from Fashion Week, and my other projects can be found at my Instagram below!

Note from Admin: I’d like to thank Simon King for sharing his experience and expertise, especially with such an amazing lens like the Leica 50mm Noctilux f0.95.  I urge all of you to take a look at his Instagram accounts and The Classic Camera store.  The links are right above.  Thanks again, Simon!