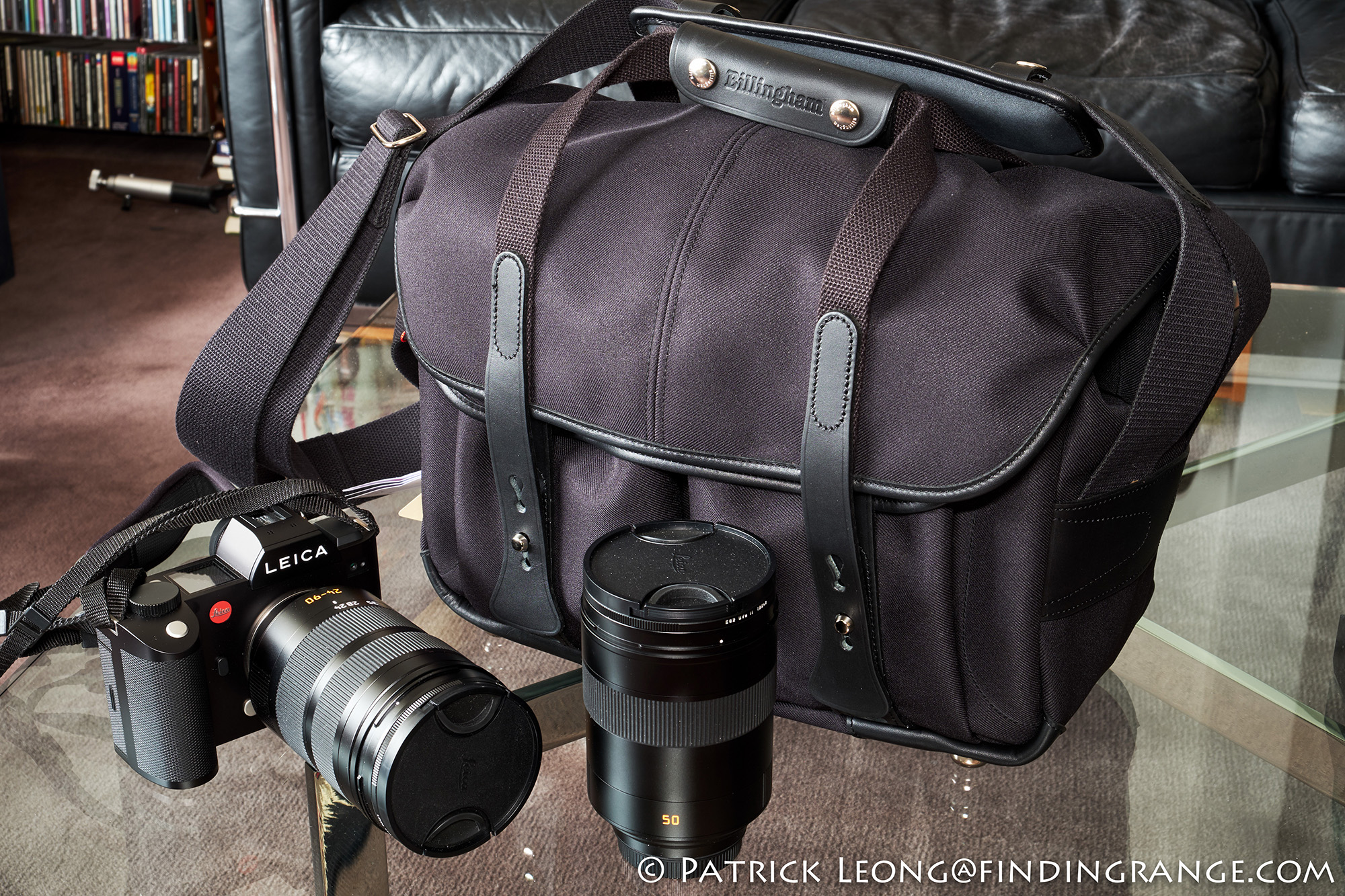 As many of you know, I love Billingham Bags.  I’ve been a fan of there’s for over 20 years.  They’re expensive but they are just so well-made that they last forever.  In the end, you get more than your money’s worth.  Anyway, thanks to the great folks at Billingham, I have a new bag to show all of you today.  It’s not one of the latest models but I find it one of the most important ones in their collection.  We all want to carry as little gear as possible but the truth is, there are days when that’s just not possible.  When those days are here, the Billingham 7 Series bags are probably what you should turn to.  One of these models is the Billingham 307, which we’re going to take a closer look at right now.

The 307 is one of Billingham’s larger bags designed to carry…well, a lot of stuff!  Let’s just put it this way: 2 DSLRs with multiple lenses, and accessories is not a big deal for this bag.  For dividers, it comes with a SuperFlex 9-15, SuperFlex 10-18 and V-Bridge 15.  All of them are padded, and held in by velcro, so you can position them pretty much anywhere inside the bag for ultimate customization. 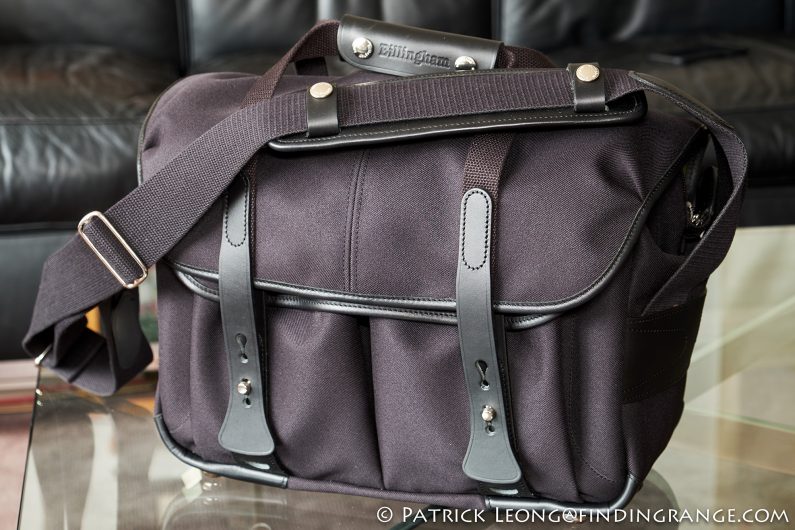 ↑ The Billingham 307 in black and black leather trim.

Now, if you’re carrying a ton of gear or large pieces of gear for that matter, sometimes it can be a bit difficult to pull stuff out of a bag.  This is not the case with the 307 because of the opening for the main compartment.  The 307 employs Billingham’s PressTop easy access system.  This feature is distinct to the 7 Series, and it’s absolutely one of the best things about this bag.  In fact, I wish I saw something like this on other large bags.  Once you get the flap out of the way, and open the main compartment zip, just spread the opening.  It’ll be held wide open because of the PressTop feature, which is comprised of two specially shaped fibreglass and aluminium wands.  These wands basically shape the fabric into a wide rectangle giving you a lot better access to the contents of your bag.  What’s great is if you’re in say a studio, just leave the bag on the floor (it has solid brass feet), and work directly out of it.  This is kind of like one of those bags doctors used to carry around in the old days. 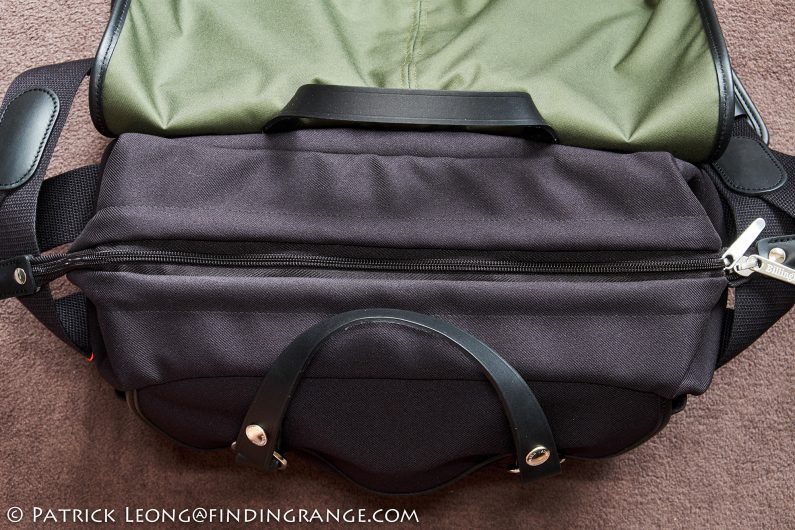 ↑ This is how the bag looks like when the main compartment is closed. 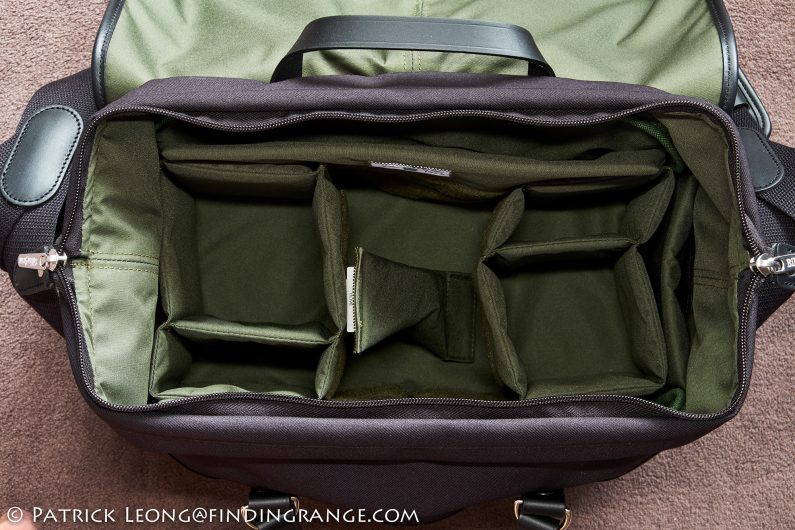 ↑ This is how the 307’s interior looks like empty.  Notice how the opening is large and rectangular shaped for easy access. 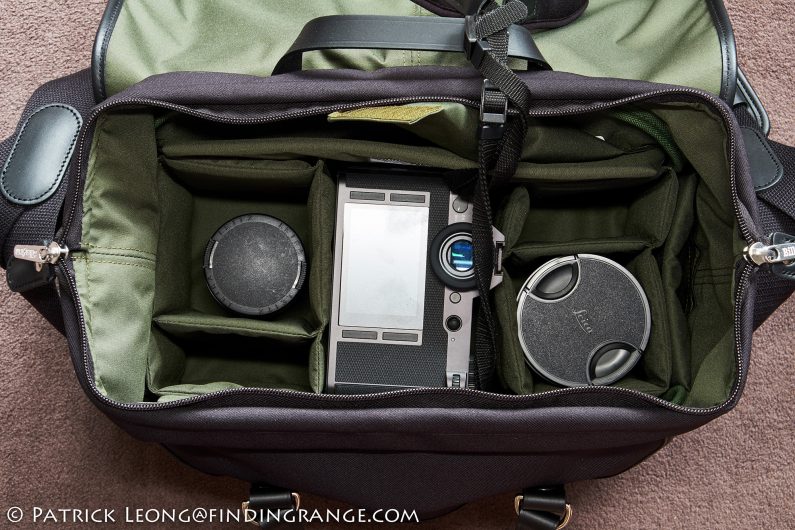 Of course, with a bag that is designed to carry so much gear, it needs to offer adequate support for those long days.  The 307 does this in several ways.  First off, it comes with the SP50 shoulder pad, which is one of the best shoulder pads I’ve used.  It’s not cheap but again, we’re talking real quality here…it’s made just as well as the 307 in every way.  Then there is the top handle when the bag is closed, and another top handle under the main flap.  What’s really a great idea is the inverted “Y” shaped Delta Sling webbing of the shoulder sling’s fixing points.  You know when a bag is full of gear, and there’s that tipping over or rolling motion when its hung on your shoulders?  This awesome design is aimed at preventing that. 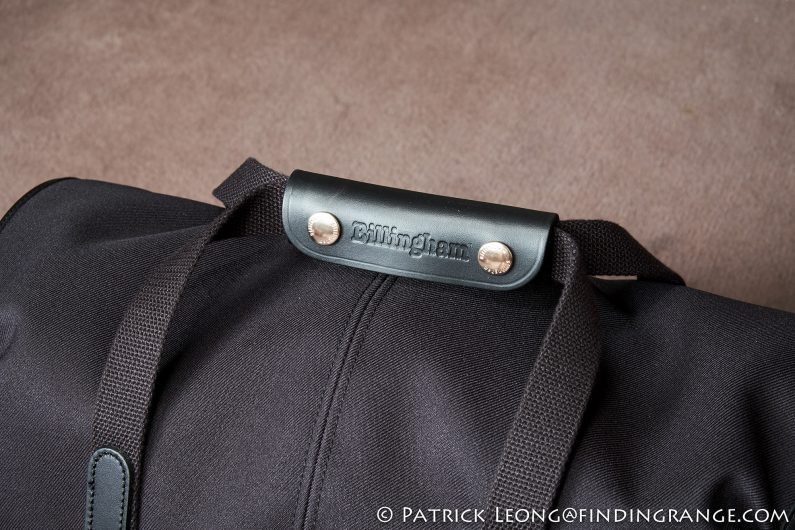 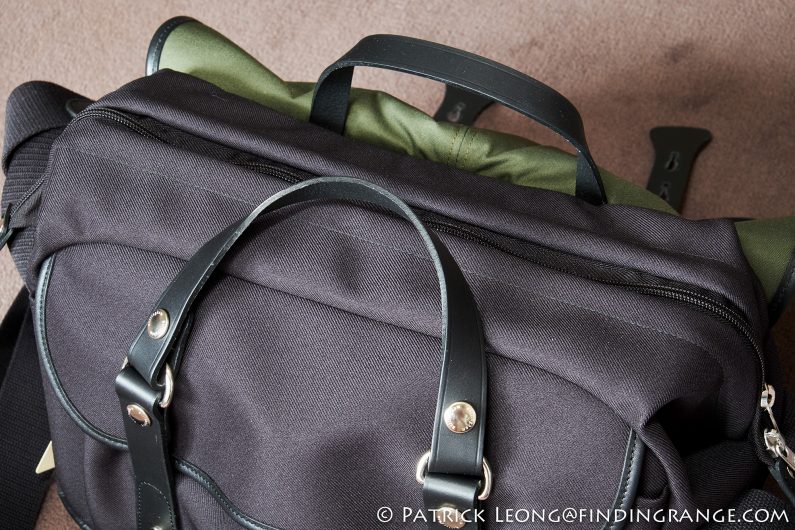 ↑ Under the flap there another top handle for your convenience, so if you need to move the bag quickly, you don’t have to close, and secure the flap first. 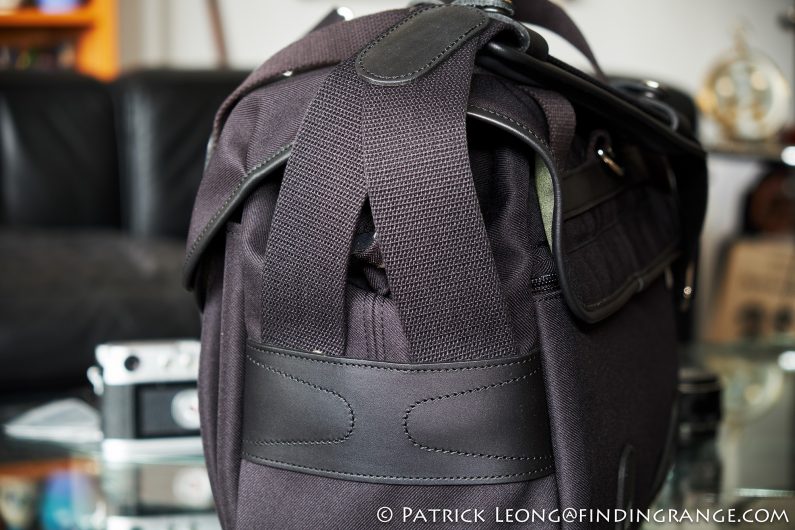 In addition to these features I just mentioned, this is a Billingham bag, so you can guarantee it’s wonderfully made.  In my opinion, Billingham bags are like the benchmark.  The 307’s craftsmanship, and stitching are exemplary, and the raw materials used are the best.  The 307 is also made exclusively out of Billingham’s FibreNyte instead of the traditional canvas.  I love their traditional canvas bags but I love their FibreNyte even more.  In fact, I only buy their FibreNyte bags now.  They have a very similar feel to canvas with the benefits of being lighter, more fade resistant, and more durable. 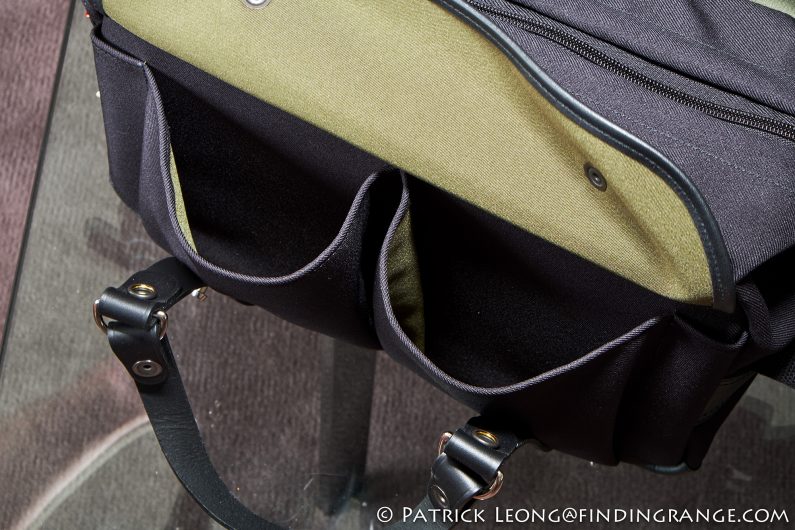 ↑ There are two dump pockets held by press studs in the front.  There’s also a zippered one on the back.

This is a first impressions post, so this is just a taste of the 307…it’s quite awesome :).  Expect my review of the Billingham 307 to come soon, and I will go into much greater detail there.  You know, I’m actually finding the 307 indispensable.  Sometimes I end up with a lot of different gear to review and I need a larger bag to carry it all.  Also, in addition to this blog, I’ve been doing more studio work, and I need a bag like this to carry more stuff.  I’m finding it great for those times I want to carry a larger Leica SL kit.  Now if I need to bring the big guns out, I can carry my SL zoom, my 50mm Summilux-SL, and some M lenses.  I can also bring along the 90mm Summicron-SL to the mix when my copy finally arrives.  Anyway, thanks for stopping by!

My review is coming soon but if you want more info now, you can check out the 307 on Billingham’s official website.