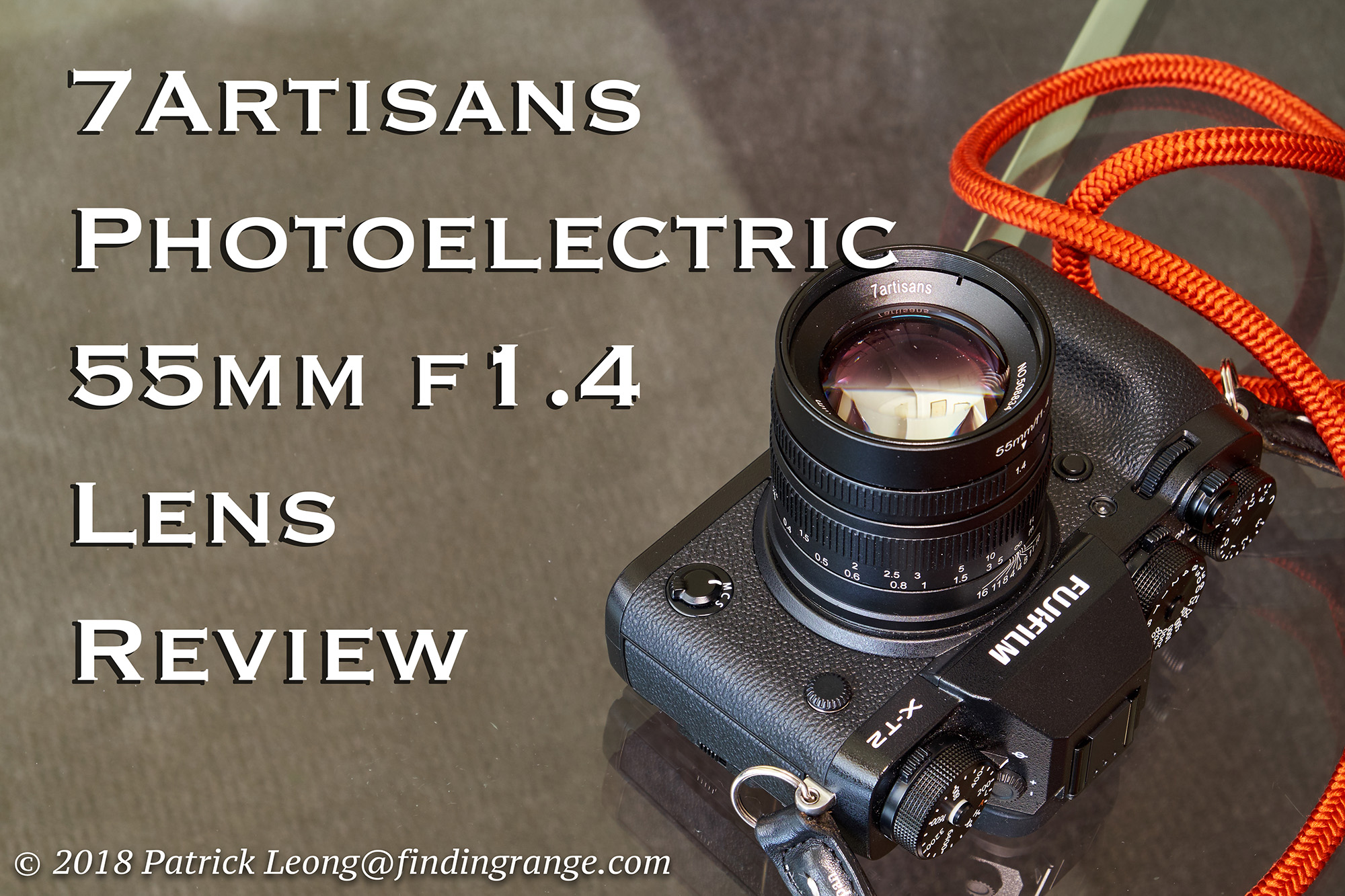 Photo gear can get really expensive after a while.  Things like more lenses, flashes to even accessories like memory cards add up over time, so it never hurts when we can find some decent bargains.  This leads me to a lens that I was testing for a while, the 7artisans 55mm f1.4.  My copy was a Fuji X Mount version, and factoring in the crop factor, it equates to about an 82.5mm.  That makes it similar to Fuji’s own XF 56mm f1.2 but the difference is the 7artisan 55mm f1.4 costs just $119!  In comparison, the XF 56mm f1.2 is $999 with the APD version being a whopping $1,499.  So, I’m sure many want to know, how does the 7artisans 55mm perform? Can it be a viable alternative for those who just don’t want to shell out $1,000+ for a fast short tele?  Read on and find out.

Let’s start off with the overall build quality first.  For $119, I wasn’t sure what to expect but I have to say, the build quality is very decent.  The 7artisans 55mm f1.4 is a metal design, and weighs 272 g, which isn’t heavy at all.  The lens just has a really nice heft to it, and it feels very solid.  It feels nice; it doesn’t feel like you just paid $119 for an ultra fast portrait lens.  The focus ring is very smooth with a nice firmness to it.  The aperture ring is a de-clicked type, which isn’t what I prefer but it is also very smooth feeling as well.  It does have a tight feel to it but I did notice that it can sometimes slide a little out of it’s f1.4 setting, so just be more observant if you want to shoot at f1.4.  The 55mm also comes in several different mounts such as Canon EF-M, Sony E-Mount, and of course, the Fuji X Mount version you see here.  It does not come with a lens hood. 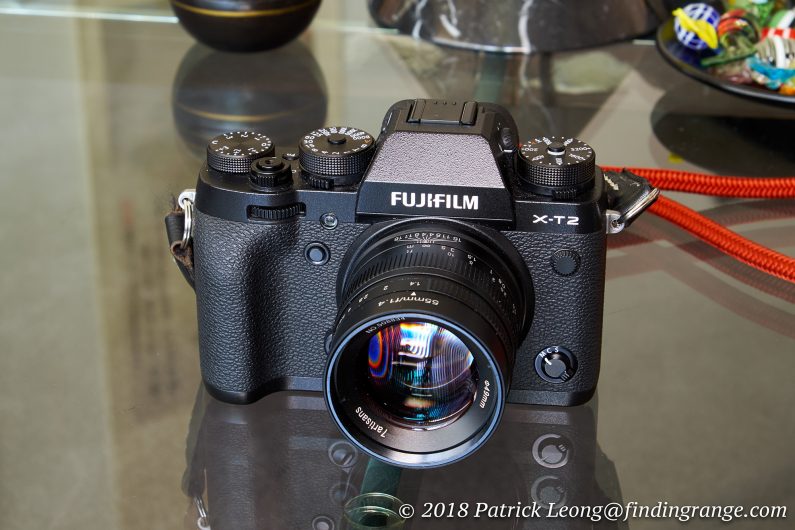 I have to say, one of my favorite features of this lens is the overall size.  It is so compact, more so than the photos suggest making it very handy.  I own the XF 56mm f1.2 R APD lens, and the 55mm f1.4 just makes that lens feel gargantuan.  To give you a little comparison, the XF 56mm uses a 62mm filter thread versus the 7artisan’s 49mm.  Yes, I know the Fuji version has special glass, and it is autofocus but still, the size of the 7artisans Photoelectric 55mm f1.4 is amazing, and it does make it a lot of fun to use.  It balances so nicely on the Fuji bodies. 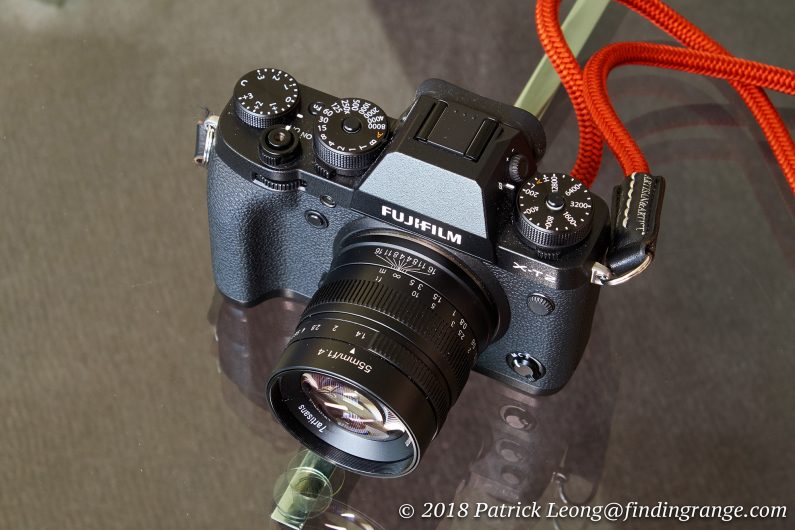 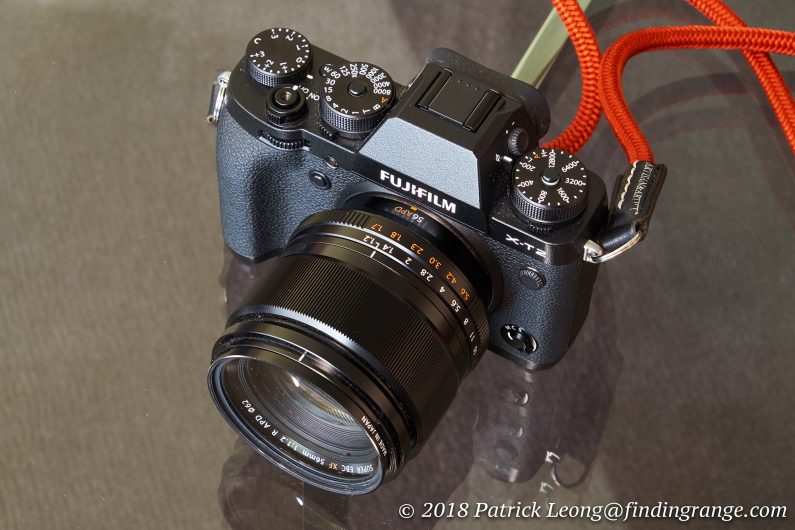 As I mentioned earlier, the 7artisans Photoelectric 55mm f1.4 is a manual focus lens.  For the most part, it wasn’t too difficult to focus this lens unless you’re shooting at f1.4.  In that case, it can be a little difficult depending on your subject but I was actually expecting worse given that we’re dealing with such a fast short telephoto lens.  The focus throw is relatively short, so it’s quick to get in the focusing ballpark of your subject.

What I used to help me focus was the X-T2’s focusing peaking but there were times when I had to use a combination of focus peaking, and the magnification feature.  Portraits, for example, were an area where I found the magnification feature super helpful when I was shooting at f1.4, and I wanted to make sure the eyes were sharp.  Of course, with practice, focusing does get easier and quicker.

Now, let’s talk about the image quality.  The 7artisans Photoelectric 55mm f1.4 isn’t perfect, and for the price, I wasn’t expecting it to be.  For one, there is the occasional flare.  There’s also definitely vignetting at f1.4.  Stopping down does, of course, help.  By f4 nearly all of it is gone.  The corners and edges are also definitely a weakness.  There is some softness and even a little smearing going on but stopping down to just f2 does help quite a bit.  Most of it is gone by f4 but if you want the corners to be nearly perfect, I found I had to stop down to f8. 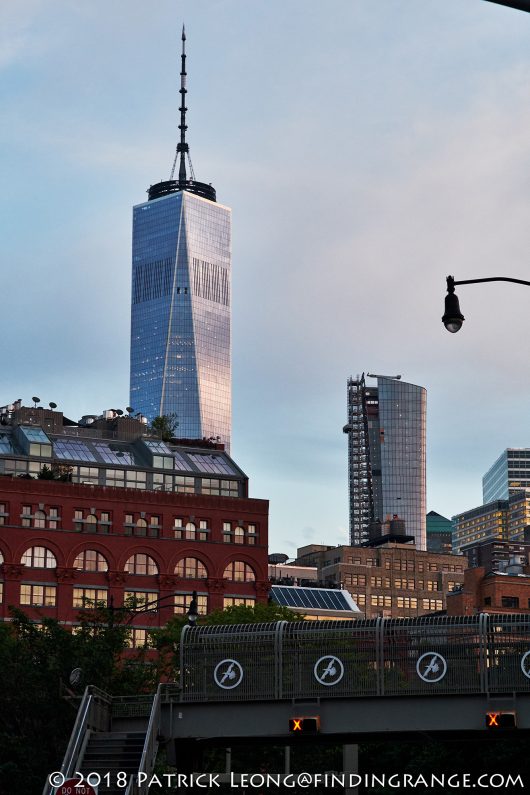 ↑ This is a really handy lens.  It’s a portrait lens but it’s great for all types of photography. 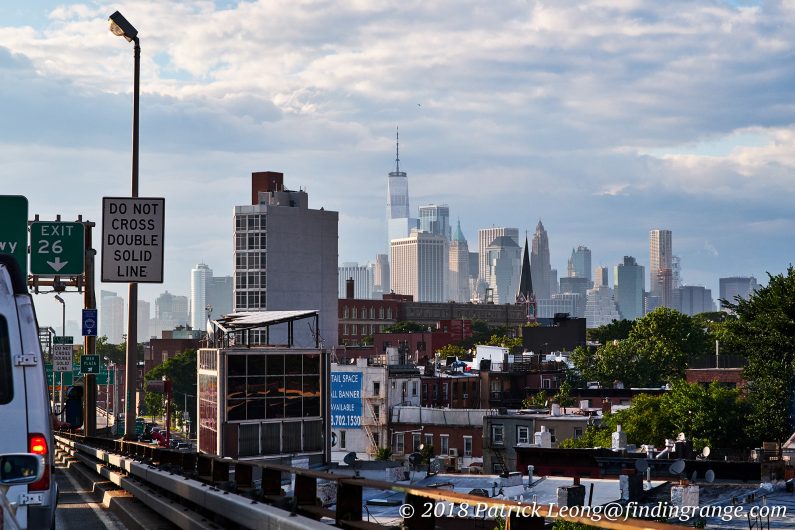 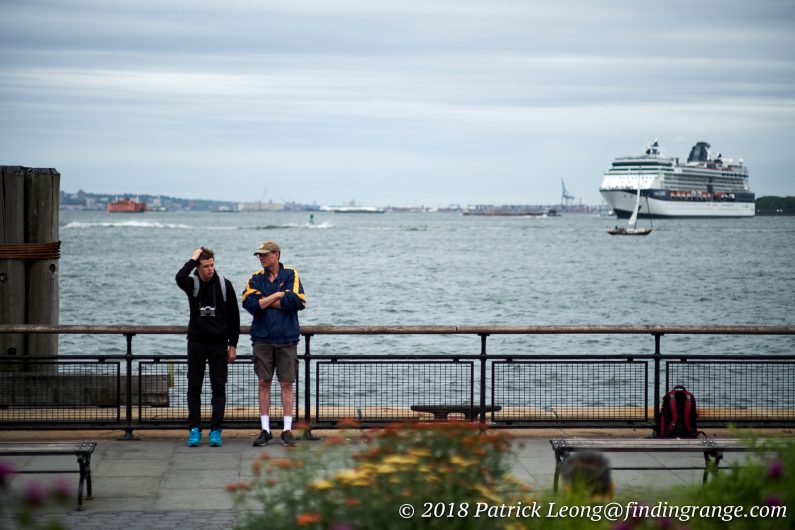 ↑ This was taken at f1.4.  As you can see, there is definitely some vignetting going on here.

With all that said, I have to say, I was still impressed by the image quality.  Why was I impressed?  Because I seriously think the image quality is great for a fast short tele costing just $119.  I have not tried all their lenses yet but so far, this is my favorite 7artisans lens.  It’s very sharp in the center even at f1.4, and sharpness does get better as you stop down.  There’s decent contrast and color accuracy is good.  It definitely isn’t as optically blessed as say the XF 56mm f1.2 but I never expected it to be; the XF 56mm is better in pretty much every regard but then again, it also costs so much more.  For the price, I feel like you’re getting a pretty decent deal here.  Often times, these fast short teles can be quite expensive, and it’s just nice to have one on the market that still produces very decent image quality all while being more accessible in terms of price.  Just because you might not get optical perfection does not mean you won’t get great photos, which this lens will happily produce. 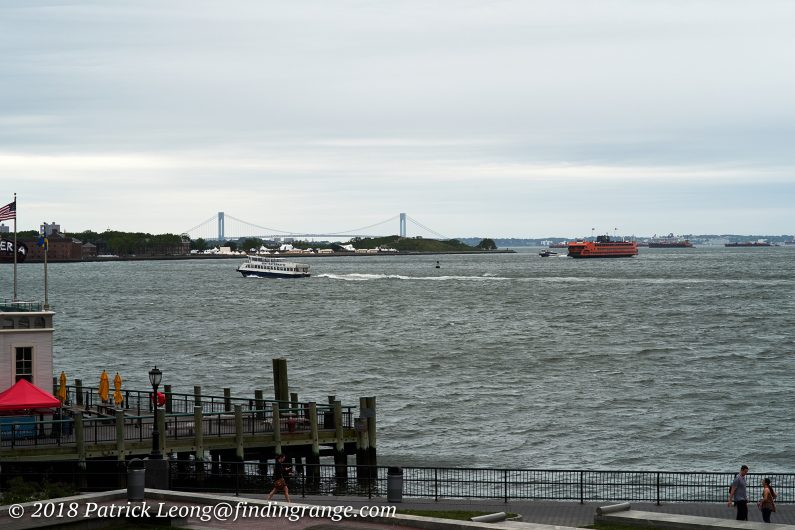 ↑ Stop this lens down a bit, and it performs very well. 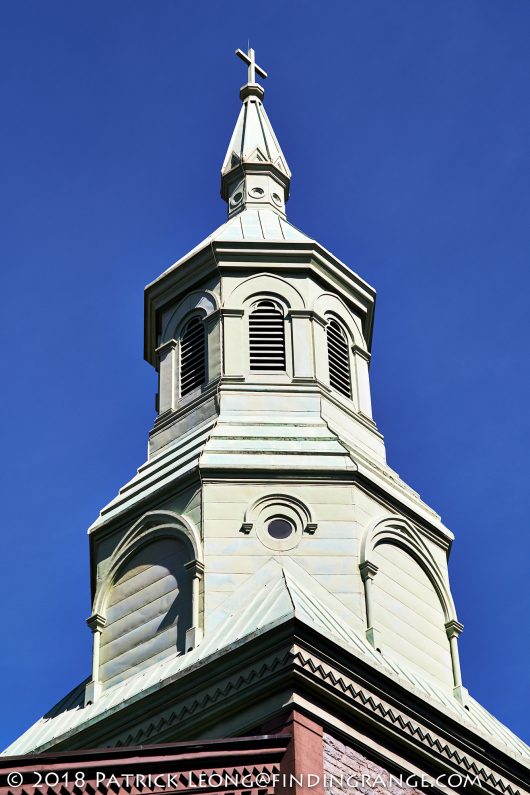 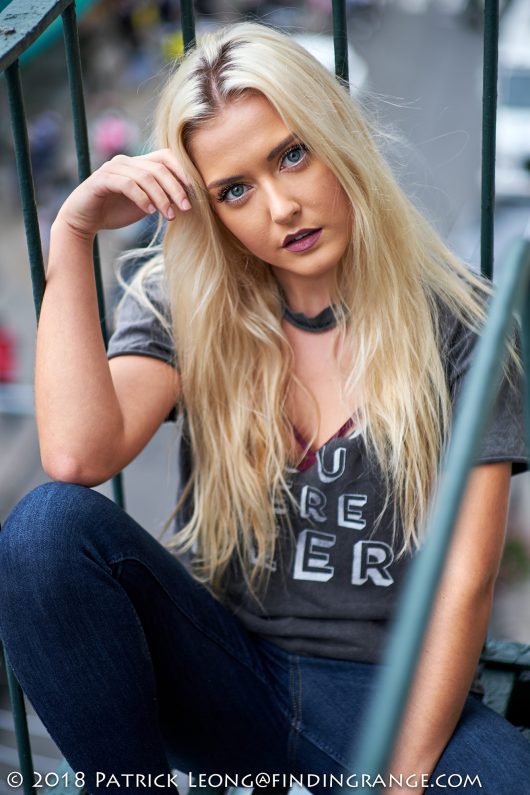 As for bokeh, with a rounded 14-blade diaphragm, you’re going to get some great shallow depth of field shots.  In addition to the low light performance, it’s pretty much a given that photographers are buying this lens to take full advantage of the large aperture in an aesthetic way, and they very well should because I found the bokeh to be ultra creamy and smooth with no harshness.  The 7artisans Photoelectric 55mm f1.4 does not produce an old school look meaning you’re not going to get those crazy painterly-like effects that you might often see from lenses from the 1950s for instance; it’s a little more modern but it’s still a really nice look.  The background just melts away beautifully. 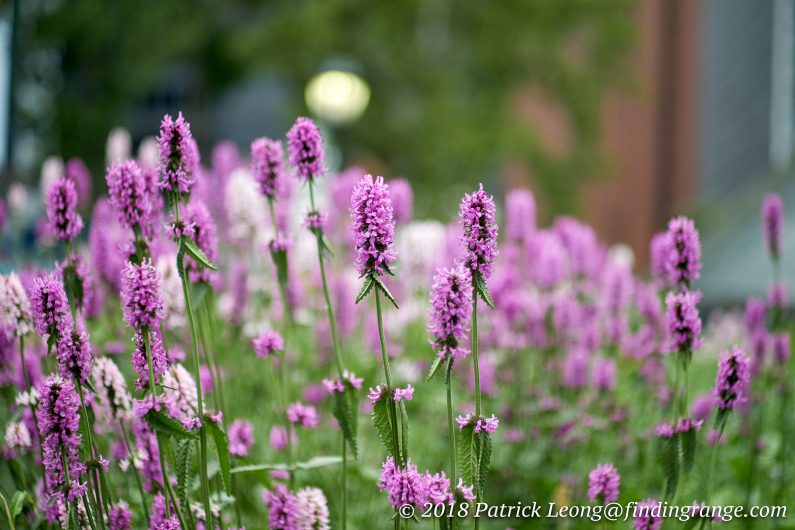 ↑Here’s another photo taken at f1.4.  The bokeh is very smooth. 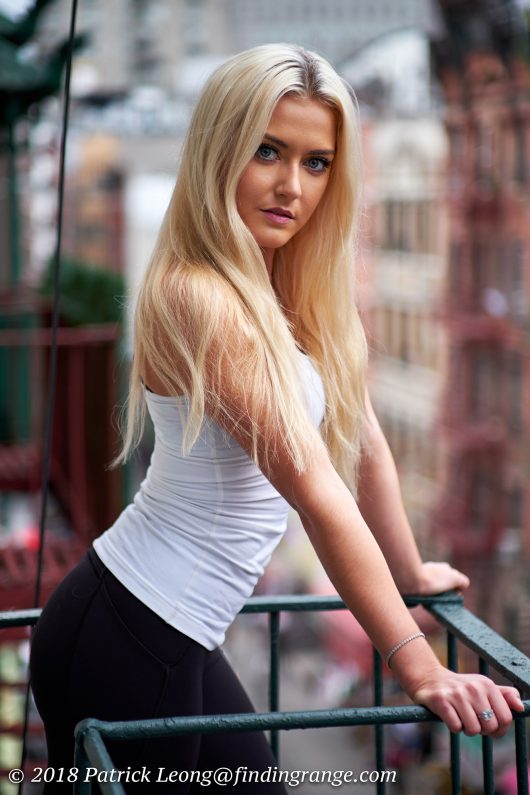 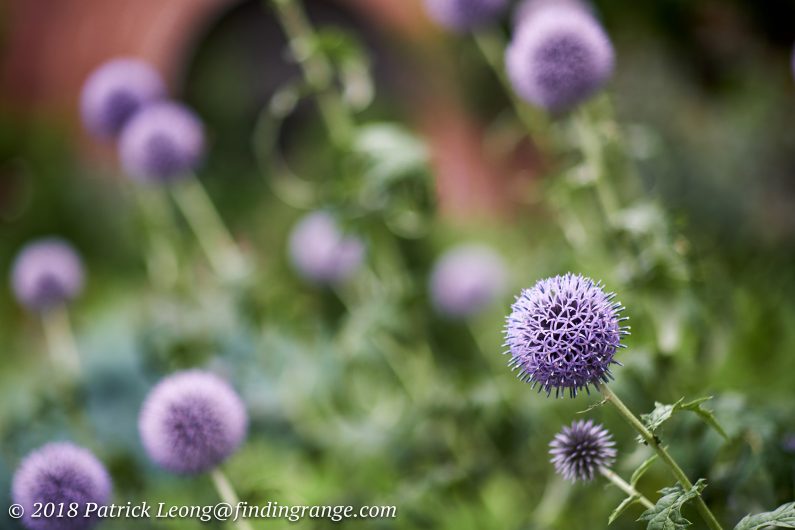 ↑Here’s another example of the bokeh at f1.4. 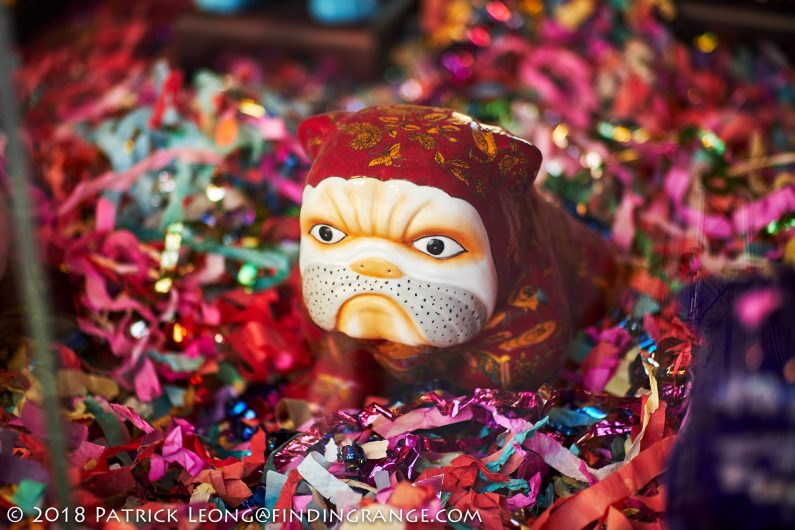 My verdict is if you’re looking for a short telephoto lens that also has a large maximum aperture, and you don’t want to spend a ton of cash, the 7artisans Photoelectric 55mm f1.4 is a lens that you should definitely consider.  It’s not perfect but honestly, who cares because it’s an accessible fast tele that will still produce great results.  You’ll get beautifully bokehlicious shots.  You’ll have a fast lens for working in low light.  In the end, you’re not only going to get some decent keepers, you’re going to have a ton of fun with using this lens.  I definitely did.

Thanks for taking the time to read my review!  If you’re considering purchasing the 7artisans 55mm f1.4, and my review helped you decide, please help support this site by purchasing from any of the links in this review.  It will not cost you anything extra.  Thank you for your support!