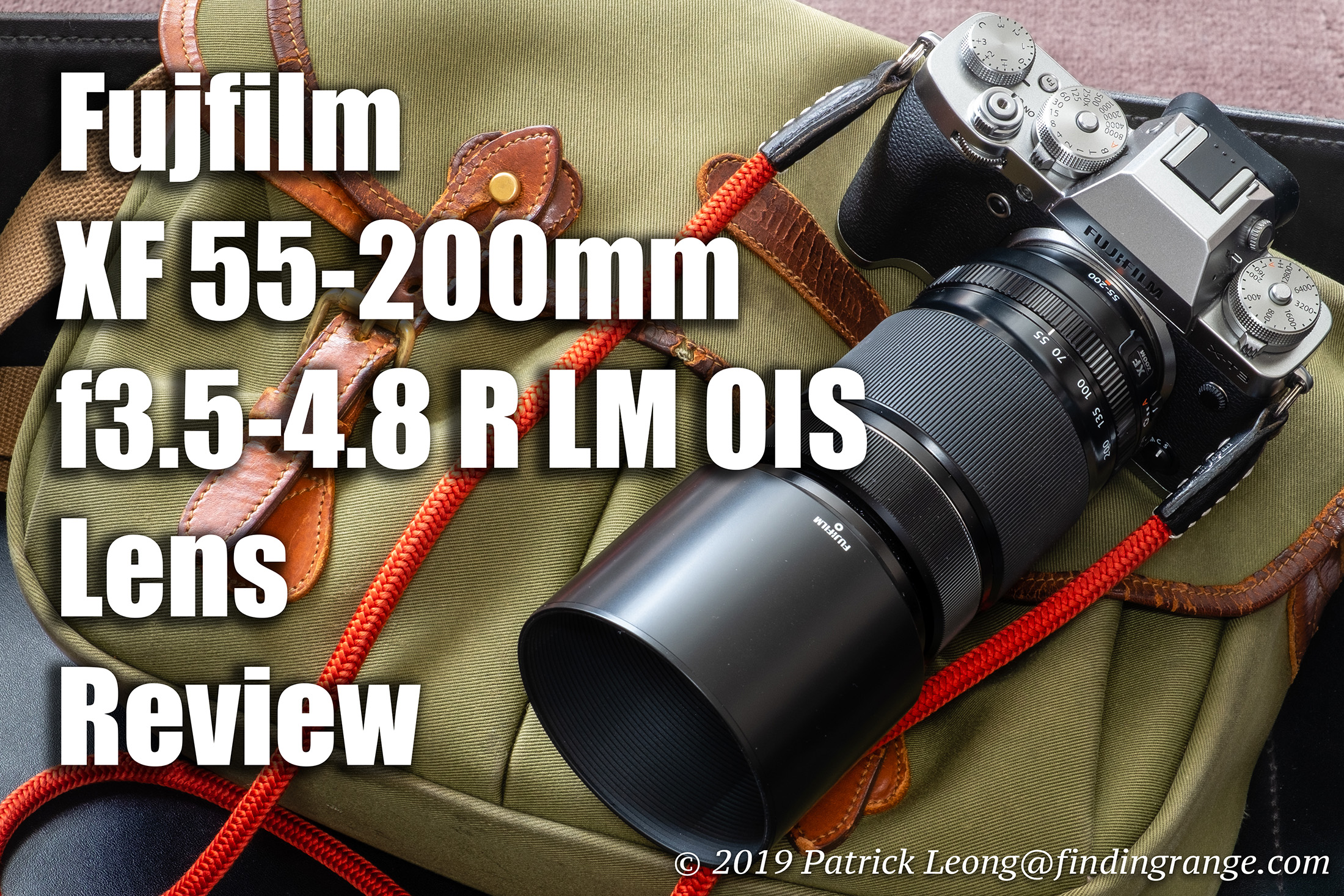 There are tons of Fujifilm X Series lenses to choose from nowadays with a lot of new tech and designs but with that said, the earlier generation lenses are still really awesome.  As some of you know, I went on vacation last month, and I brought with me two lenses to review: one was the XF 8-16mm, which you can find the review here.  The other was an older lens that for some reason, I never reviewed before but decided to do so finally, the XF 55-200mm f3.5-4.8 R LM OIS lens.  Given that I do love ultra wides, I honestly thought I was going to use the XF 8-16mm most of the time but surprisingly, I used the XF 55-200mm more.  I also enjoyed it more.  Here’s why.

First, let’s talk about build quality.  In terms of that, we’re talking about a lens that’s better built than the first generation lenses like the XF 35mm f1.4 (although it’s still one of my favorite lenses by Fuji), but maybe not quite up to the same level as the most recent cater to pro type/fixed aperture lenses.  Still, the build is still very decent.  The lens feels very solid, and well-made.  The barrel is metal.  The aperture ring clicks nicely in third stops, and the zoom is very smooth although there is a little zoom creep with my copy but not out of the ordinary considering the focal length range/weight.  The important thing is it’s not loose. 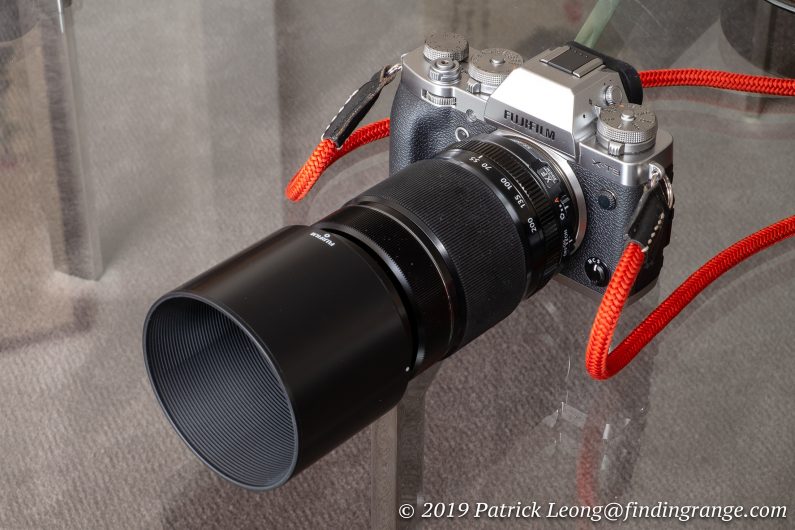 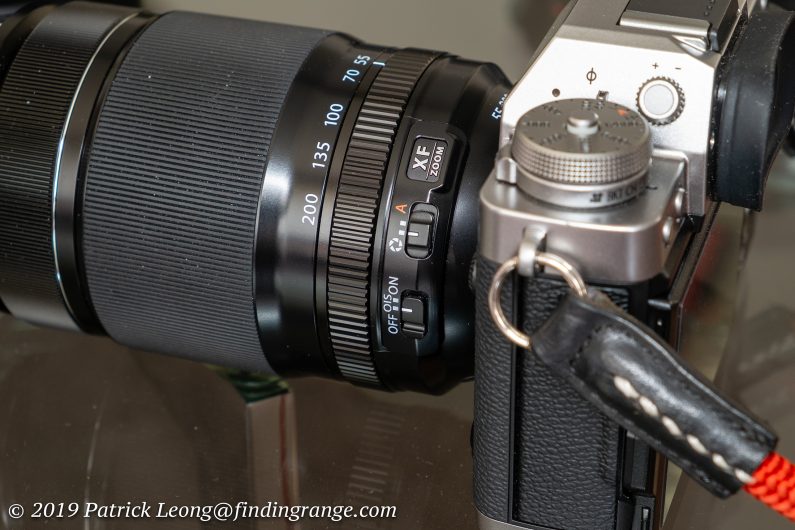 ↑ The XF 55-200mm has image stabilization, which is very useful for a lens of this focal length range.

While the XF 55-200mm does come with image stabilization, it does not come with weather sealing.  While I’m mentioning this because it’s a review, I don’t necessarily see this as a bad thing or as some would say, a deal breaker.  I know we all want weather sealing everything these days but to me, the lack of weather sealing has never been the end of the world or a reason not to purchase something.  Yes, it’s definitely a bonus if the manufacturer designed it into the camera or lens but for me, the important thing is if the lens is good and fits my needs.  That’s all I care about.  In fact, come to think of it, every lens that I own for my Fuji cameras are not weather sealed.

In terms of size, this lens isn’t really that big in my opinion when you consider the focal length.  It has a 62mm filter thread, which isn’t outrageously huge or anything like that to me.  It’s definitely longer than the more standard focal lengths, and at 580 g, it weighs a bit more but keep in mind we’re talking about a 55-200mm zoom.  The equivalent focal length on the Fuji’s APS-C sensor is 84-305mm.  Nothing here is unreasonable to me for this type of lens.  The XF 55-200mm also come with a lens hood, which does make the XF 55-200mm f3.5-4.8 R LM OIS lens feel a lot longer.  The hood is reversible for storage though, which is very helpful.  I did use the hood for the first half of my testing but started to leave it at home for the rest of the days that I had it.  I feel like a lot of lenses these days are so good that I don’t always use the hoods anymore. 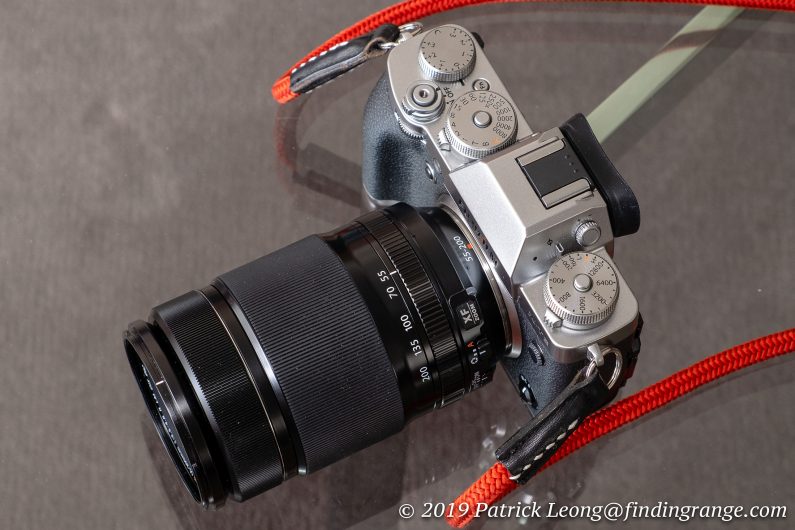 ↑ I don’t particularly feel this lens is that massive when you consider it’s focal length range. 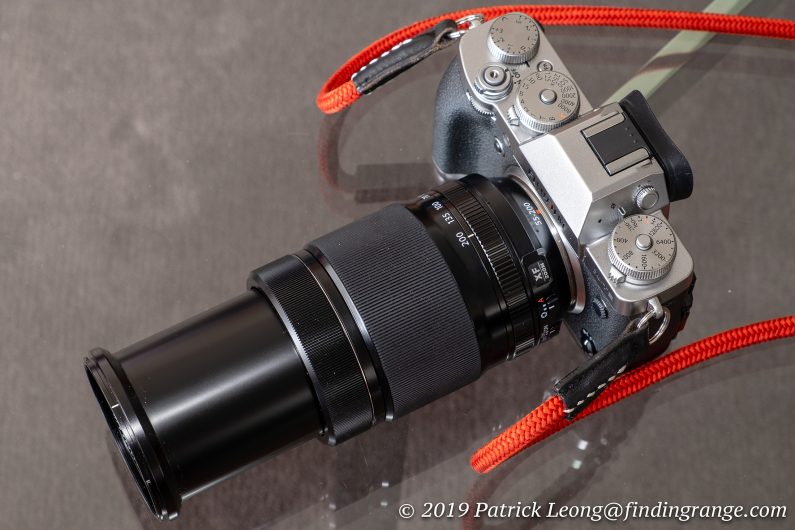 ↑ Here’s the lens when it’s zoomed out. 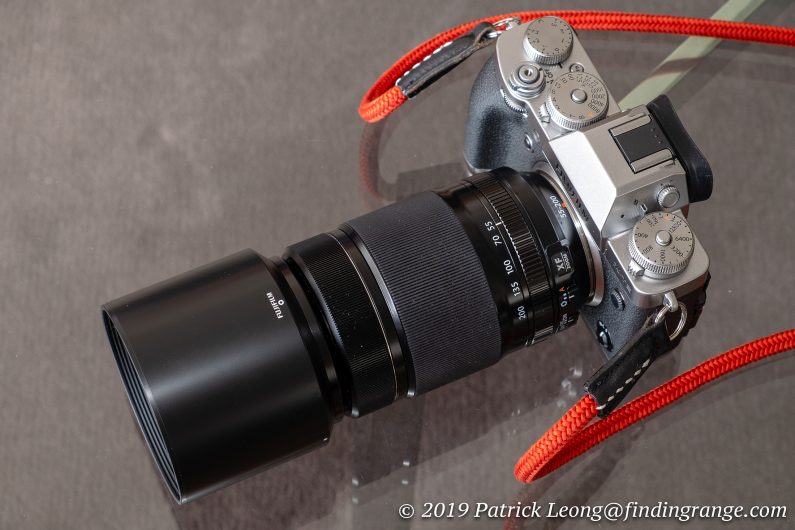 With its linear motor, I found the lens’ autofocus to be decently fast.  It’s not as fast as some of Fuji’s latest releases but it’s definitely not slow either.  The XF 55-200mm f3.5-4.8 R LM OIS lens locked on very quickly, precisely, and silently onto my subjects with no issues at all.  At its longest focal range, it is a bit slower in focusing but overall, I have no complaints.

Let’s now talk about the image quality.  I’ve reviewed almost the entire Fujifilm X Series lens collection, and overall, there really isn’t a bad one out of the bunch.  I’m glad to say that you can definitely add the XF 55-200mm f3.5-4.8 R LM OIS lens to the bunch of great lenses as well.  I’m not normally a huge fan of zooms, especially slower ones, so I wasn’t expecting to like this lens as much, especially since there is the higher end XF 90-140mm f2.8 but I have to say, I was impressed by the image quality of the XF 55-200mm.  I heard good things about it still surprised me at how much I liked this lens. 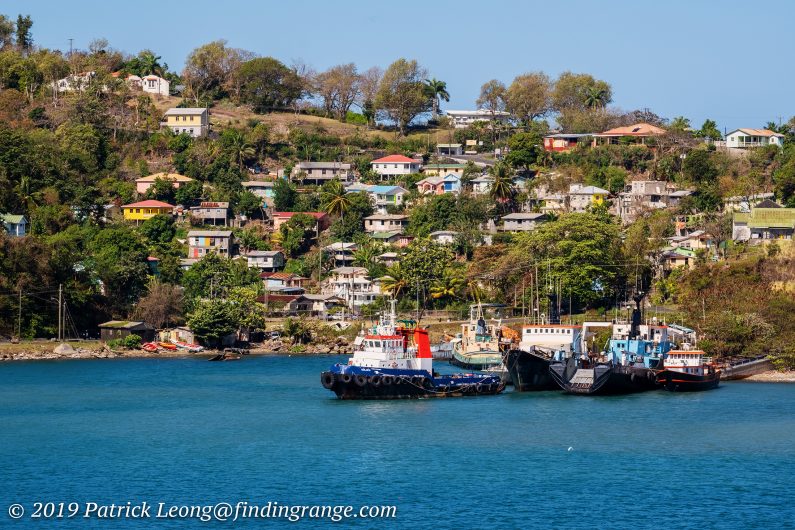 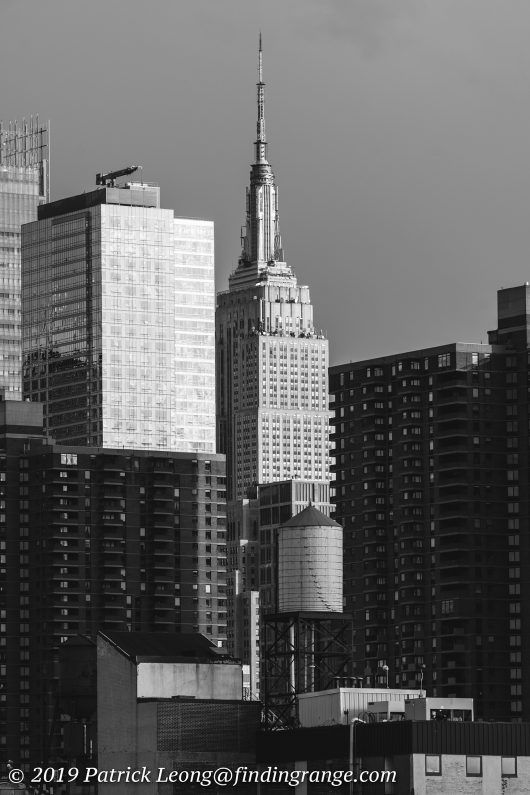 ↑ This was taken as while I was on the cruise ship leaving NYC.  The settings were f11, 160 ISO using the 149mm focal length.  Shutter speed was 1/105s, and as you can see, I was still able to get sharp results thanks to the image stabilization.  Black and white conversion was done in Camera Raw. 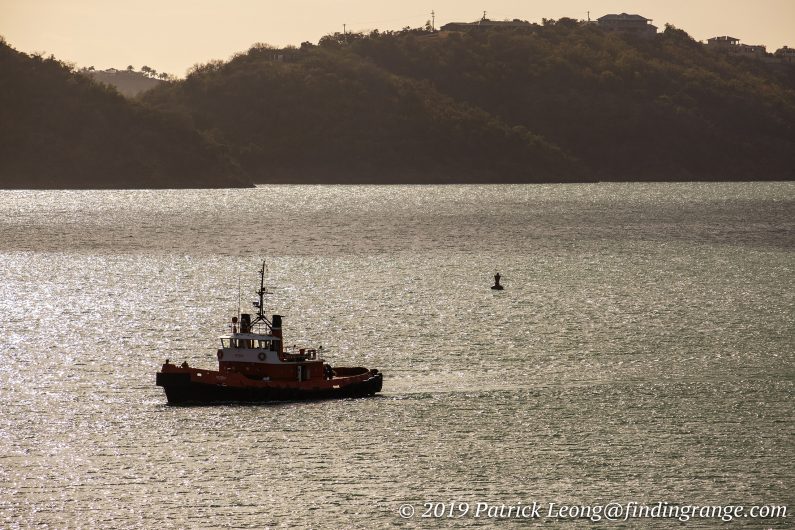 Let’s talk about sharpness first.  At 55mm, center sharpness is excellent even wide open.  In fact, it was difficult for me to even see much of a difference between say f3.5 and f5.6.  Even the corners did very well at f3.5.  There was minimal softness in the corners, and of course, as you stop down, it does get even better.  As the focal length range increased, I found the results with my copy to be even better.  Center sharpness is excellent like at 55mm but the the lens performed better in the corners.  At 200mm, sharpness does diminish ever so slightly but it is very hard to tell even with pixel peeping.  As far as I’m concerned, this is a lens you should feel completely free to use at whatever aperture or focal length that you like. 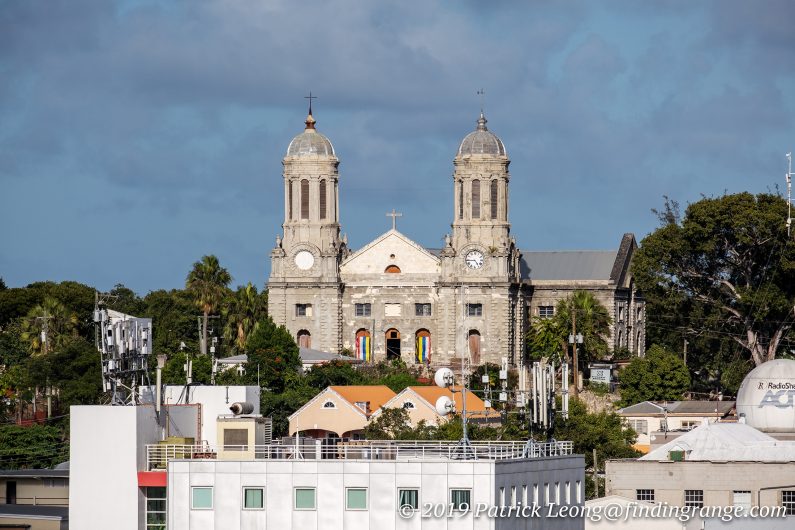 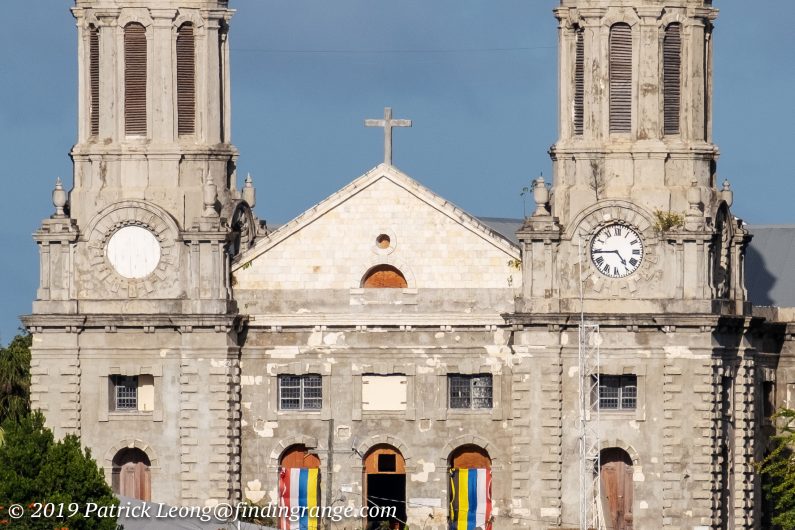 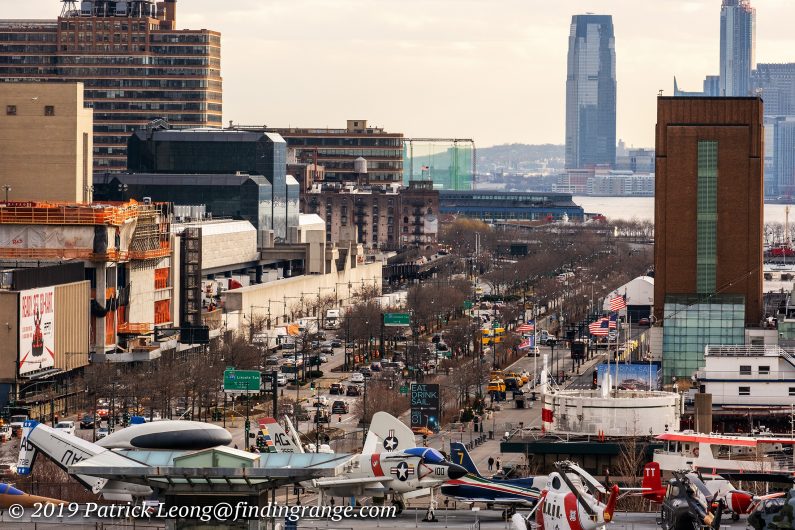 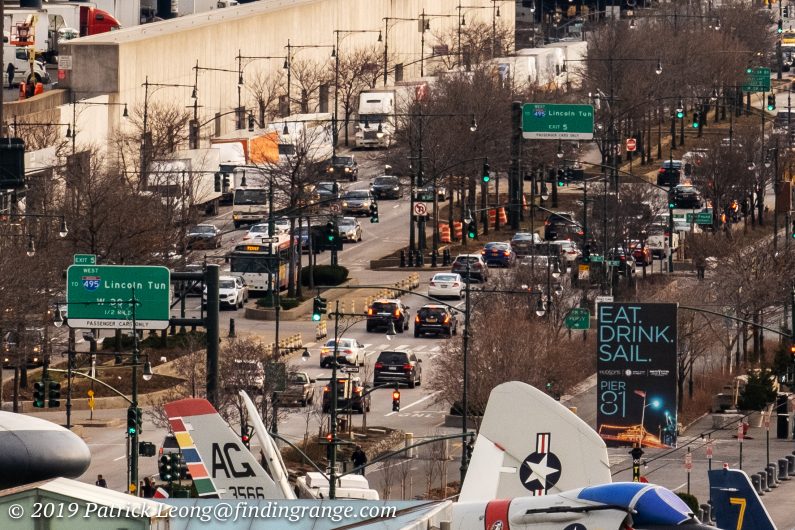 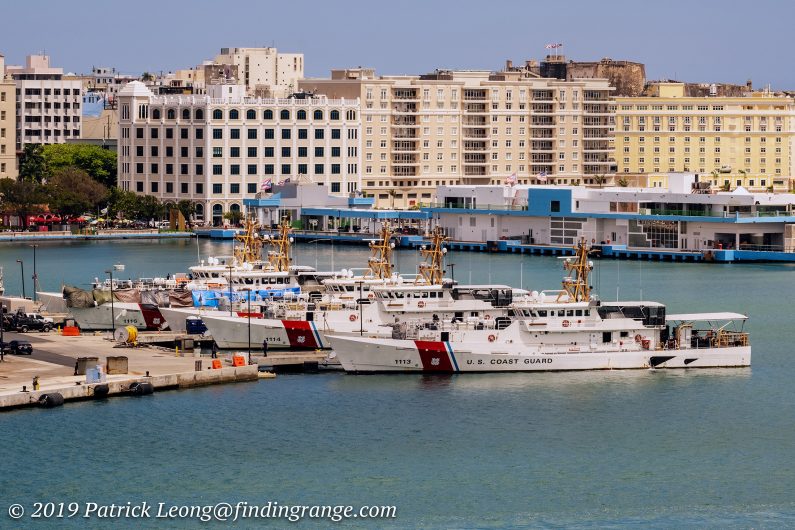 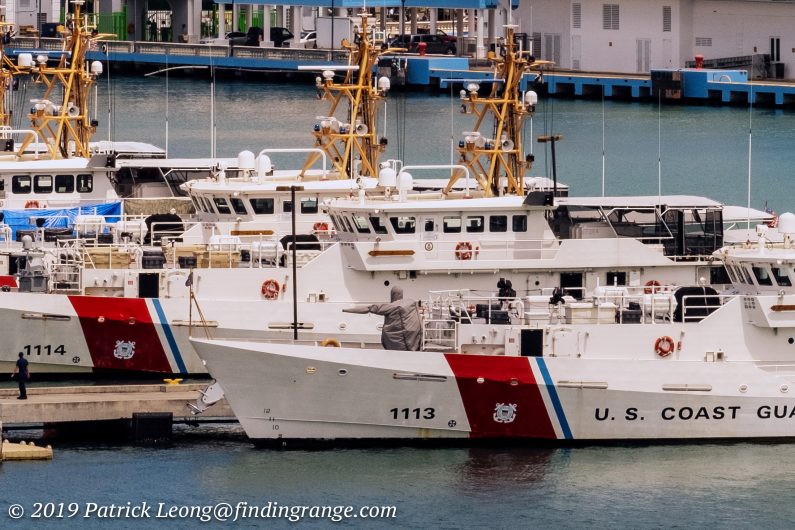 As for other traits, things like vignetting is very well-controlled along with distortion.  In my opinion, they are non-issues.  I also did not experience any flare with or without the hood attached.  Color rendering is also excellent, and so is clarity.  What’s not to love here?  As you can see, there’s tons of pop in the photos as well.  Image quality wise, this is just a plain out superb lens. 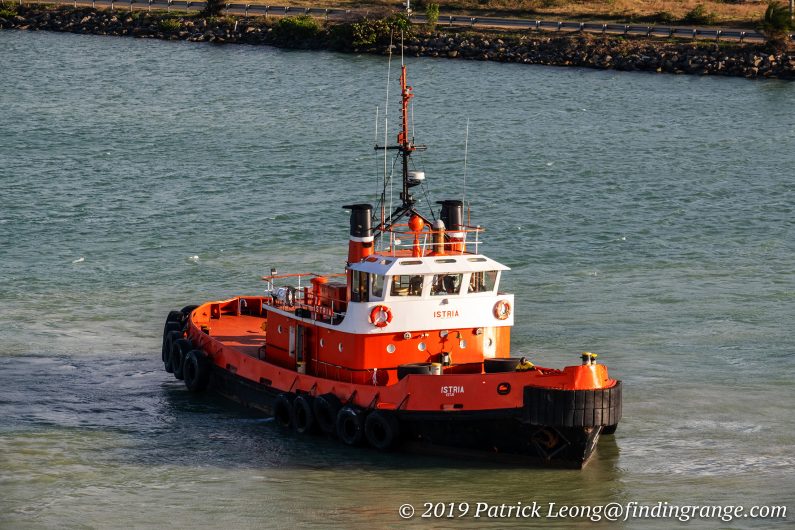 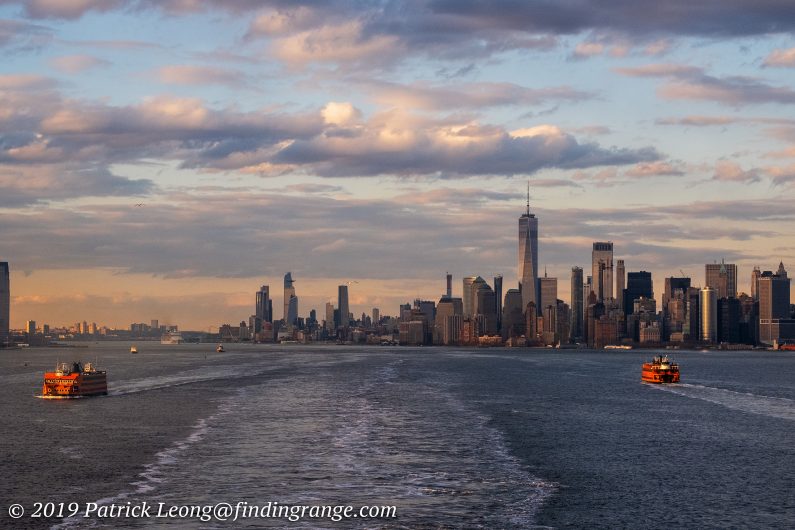 ↑ This was taken with the 55mm focal length.  The settings were f10, 1/680s, and 1600 ISO.  I needed the higher shutter speed because at this point, the cruise ship was moving pretty fast. 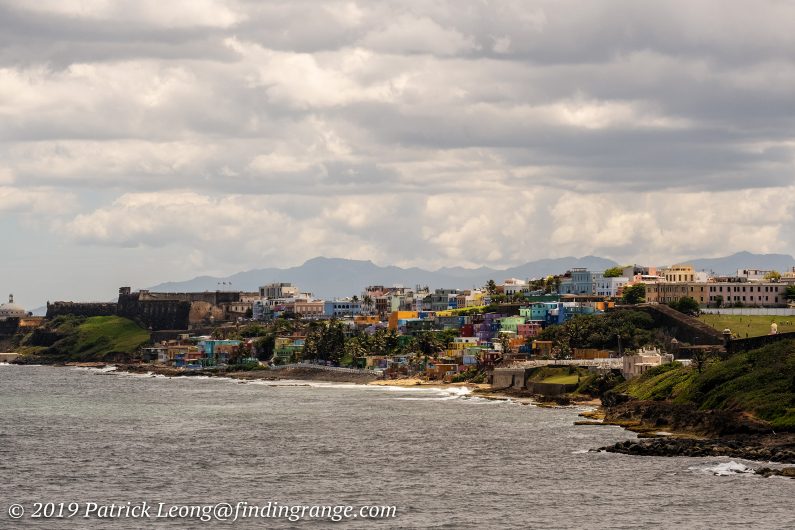 The benefit of the relatively slower XF 55-200mm f3.5-4.8 R LM OIS lens is that it’s a more compact lens, which is greatly appreciated.  It would be easy for me to leave a lens like this at home because I don’t often times, need an 84-305mm equivalent but I’m more willing to bring it with me because of its compact nature.  However, because it’s a slower lens, don’t expect crazy bokelicious shots that you would get from say the XF 90mm or the XF 56mm.  You can still produce a shallow depth of field though, and the bokeh isn’t bad at all.  It’s decent, and if you wanted to take some portraits, for example, it still does a good job at isolating the subject. 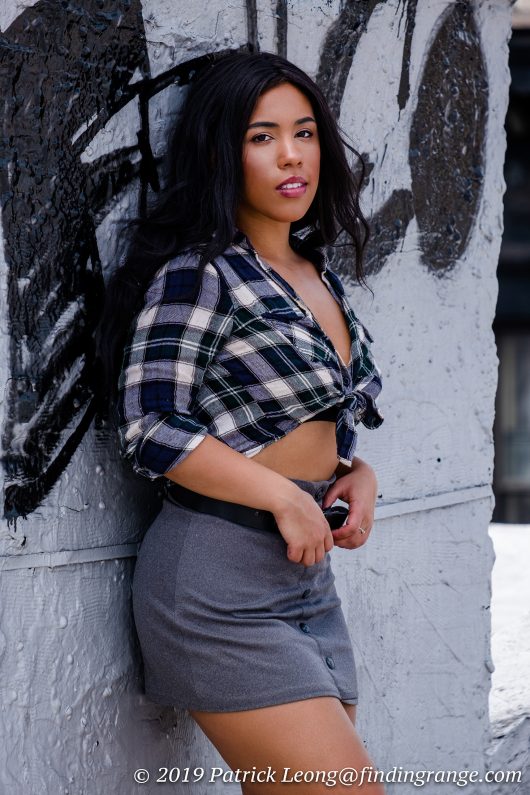 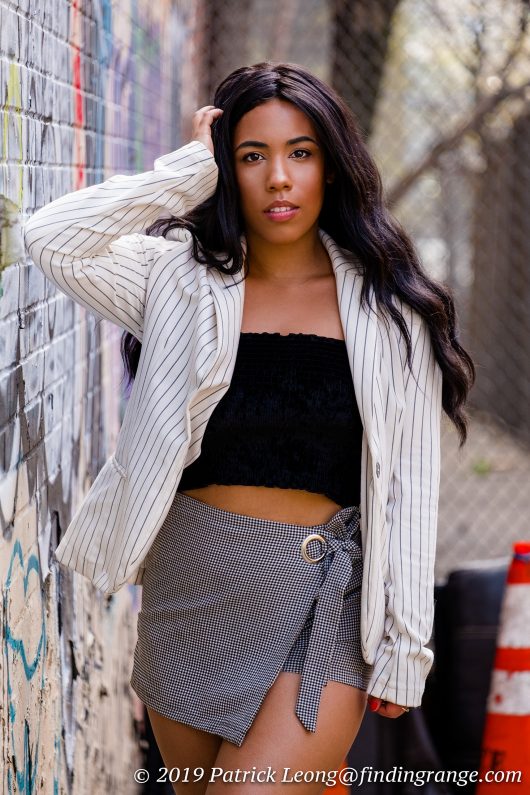 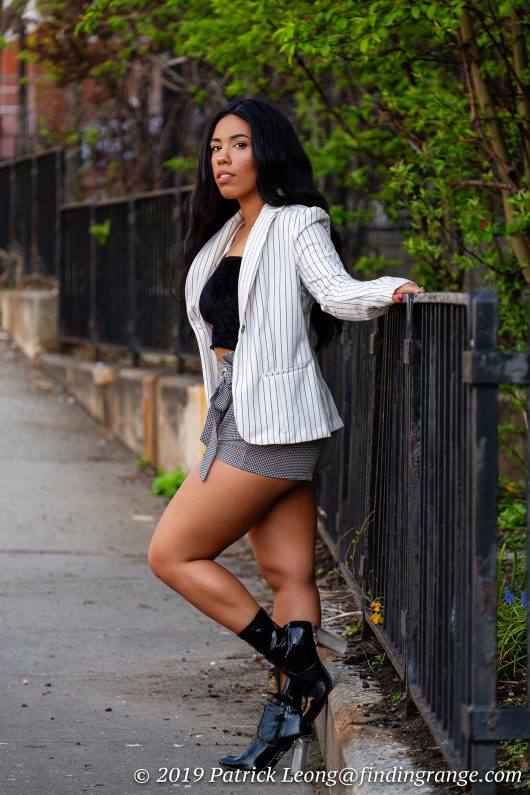 I seriously thought I wouldn’t be interested in the XF 55-200mm f3.5-4.8 R LM OIS lens, which is probably why it took me so long to review it but I have to say, this is now one of my favorites in the X Series collection.  The build is decent, it has image stabilization, which is extremely helpful for a lens of this focal length range, and the image quality is superb.  Best of all, it’s actually pretty compact when you consider its a telephoto zoom.  Yes, it does feel larger on the Fuji bodies when compared to the more normal focal lengths.  There’s no doubt about that; however, I found it to still be perfectly manageable.  I never felt weighed down by it while I was trekking around even in the tropical heat.  In fact, I found it a lot easier to carry around, and use than the XF 8-16mm, which I reviewed earlier.  It was also less conspicuous than the XF 8-16mm. 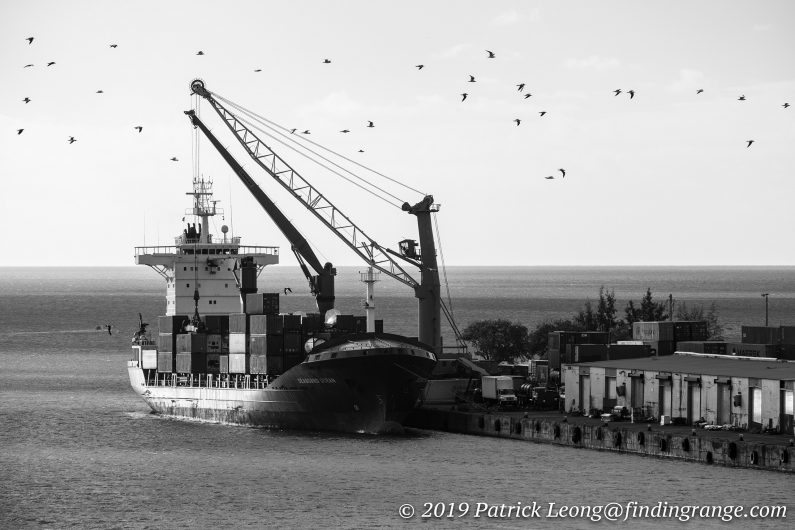 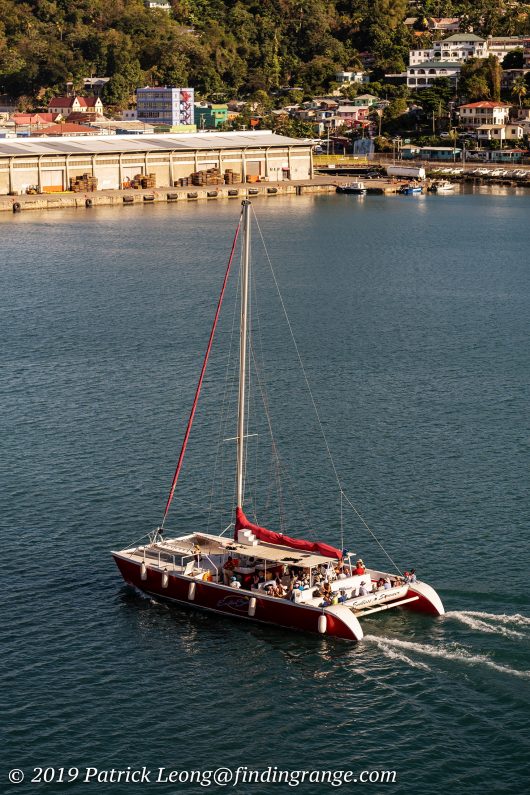 Part of the reason the XF 55-200mm isn’t obnoxiously huge is because at f3.5-4.8 for its maximum apertures, the lens isn’t exactly the fastest one around.  I’ll also admit that I do love fast lenses not necessarily for only bokeh shots but also because I’m old school in that I prefer to use lower ISO when I shoot.  But in the case of the XF 55-200mm, it works.  When you add up the build, the image quality, autofocus, and the focal length range, the lens is very versatile, especially when you consider it’s compact enough where you’ll actually want to take it out and use it.  You’ll have no issues carrying it with you on vacation (if you find yourself in need of this focal length range, of course), for instance.  With the image stabilization added to the mix, all of this to me makes up for the smaller maximum aperture opening.  I reviewed the XF 90-140mm a long time ago, and I thought it was a fantastic lens but truthfully, if I had to pick, I’d go for the XF 55-200mm.  It fits my needs because I don’t necessarily need a fast long telephoto zoom.  I just need the reach but I’d rather sacrifice some speed for something I wouldn’t mind trekking around all day with, for example. 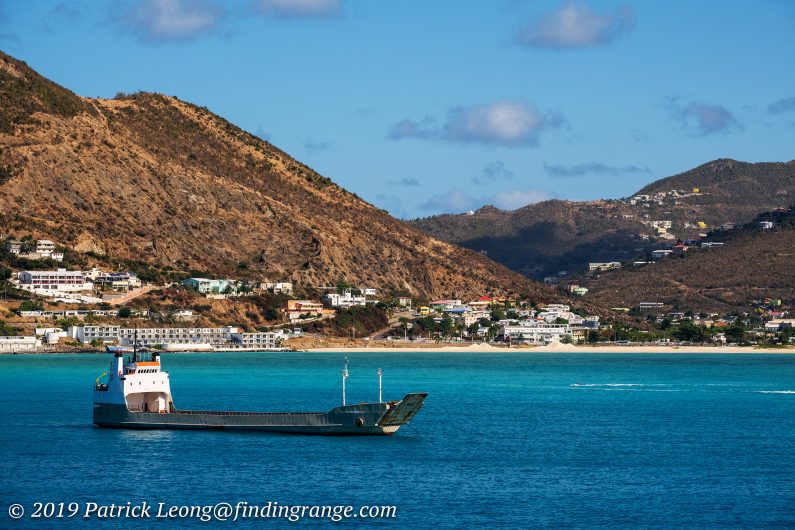 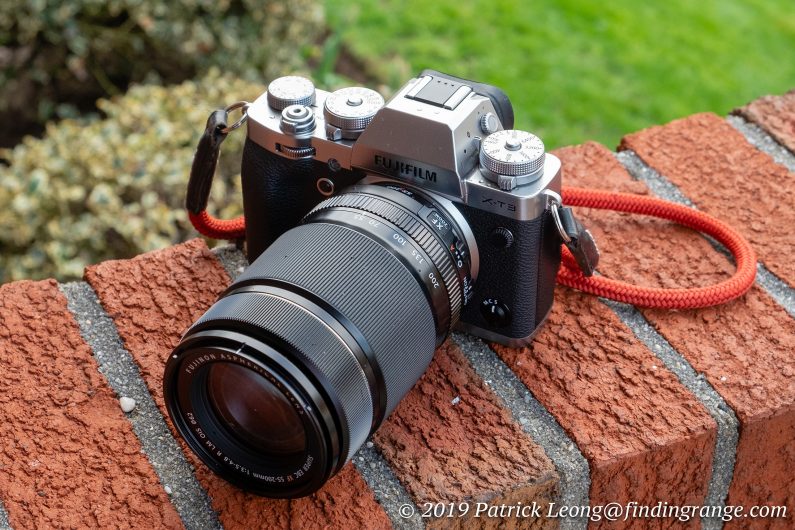 So, if you currently own a Fuji camera, and are looking for a longer telephoto, you should definitely consider the XF 55-200mm f3.5-4.8 R LM OIS lens.  At $699, the price isn’t outrageous considering what you’re getting overall.  It’s a superb lens, and as you can see, while I don’t usually shoot longer telephotos, I ended up taking quite a lot of pics for this review, which should tell you how much I enjoyed using it.

Thanks for taking the time to read my review!  If you’re considering purchasing the XF 55-200mm, and my review helped you decide, please help support this site by purchasing from any of the links in this review.  It will not cost you anything extra.  Thank you for your support!