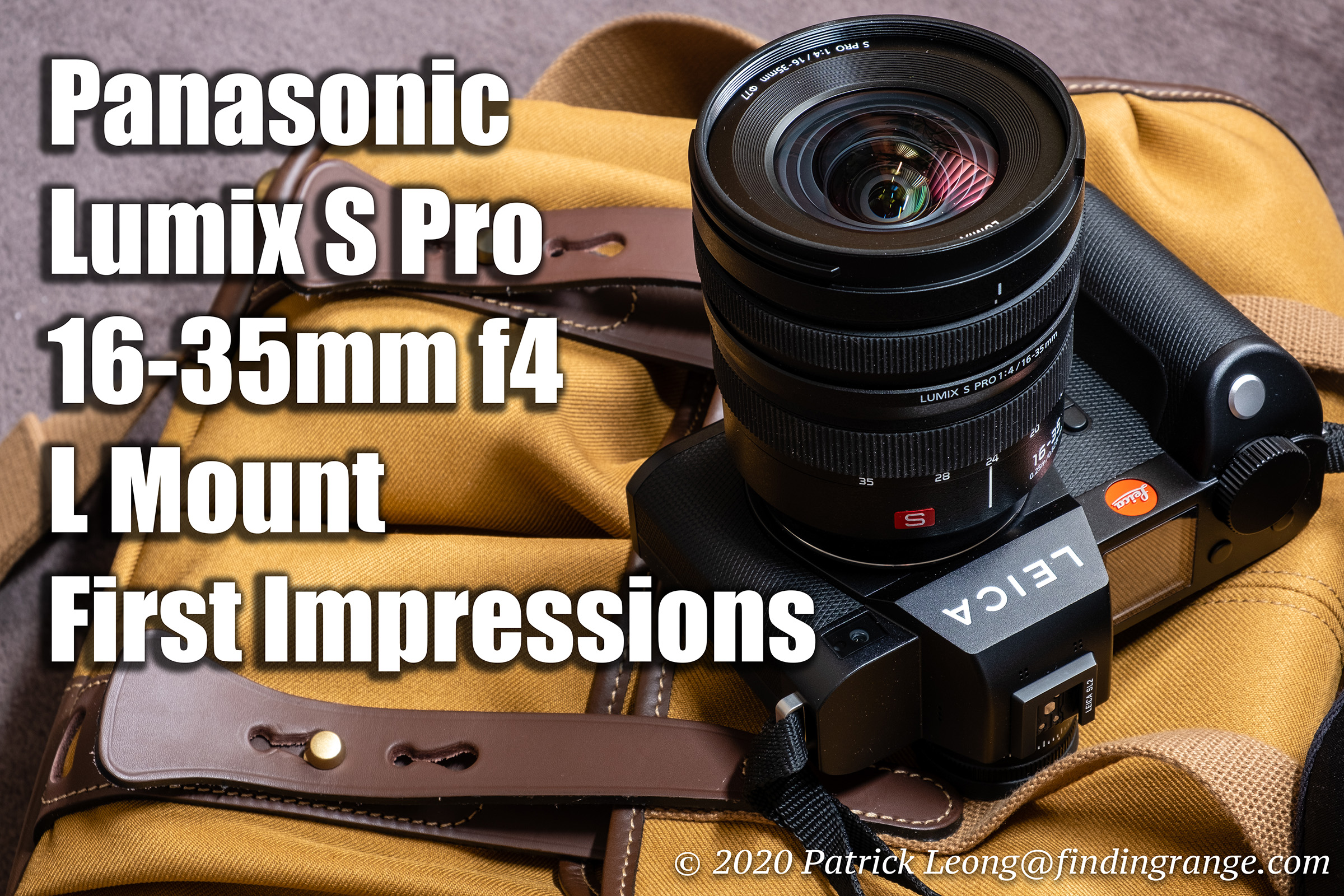 Since switching to portrait and boudoir, my ultra wides have been pretty much collecting dust these days.  I’ll occasionally use them for a specific project but otherwise, I’m mostly shooting with either a 50mm or 90mm these days.  So for me, it’s hard to justify spending $6k+ on say the Leica 16-35mm f3.5-4.5 ASPH for my SL2.  Luckily, the L Mount Alliance has given us L mount users a lot of different alternatives.  For instance, there’s the excellent Sigma 14-24mm f2.8 which I reviewed a while back (review here).  There’s also the Panasonic Lumix S Pro 16-35mm f4, which is what I’m going to talk about today.

So, up until now, most of the L mount lenses that I’ve been using on my SL, and SL2 have been pretty heavy with a few exceptions.  For those looking for something a bit lighter, I’m happy to say the Panasonic Lumix S Pro 16-35mm f4 is definitely one of these exceptions.  Truthfully, I was surprised at how light this lens felt when I first opened the box.  I was double checking just to make sure it was actually L mount ;).  It’s about 500 g, and while the focal lengths, and maximum apertures are a bit different, it’s significantly lighter than say the Sigma 14-24mm, which weighs 795 g.  Trust me, it is a noticeable difference.  I mean, I love that Sigma lens, and the optics are stellar but there’s no denying it’s a beast :). 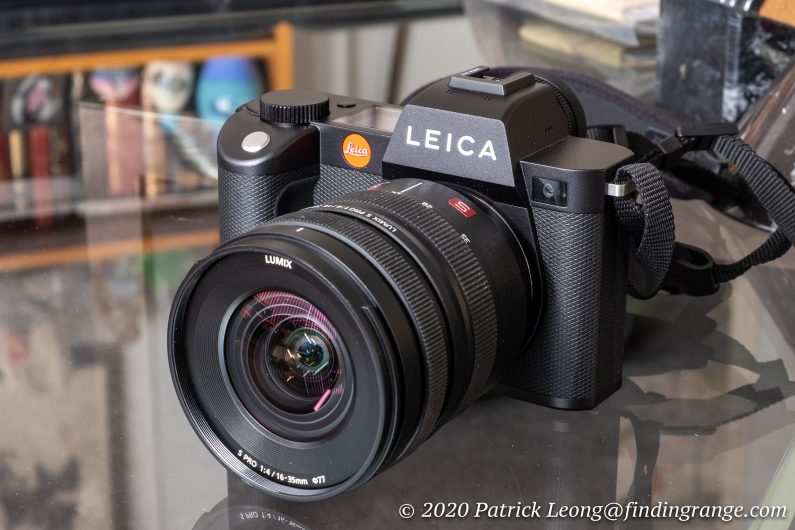 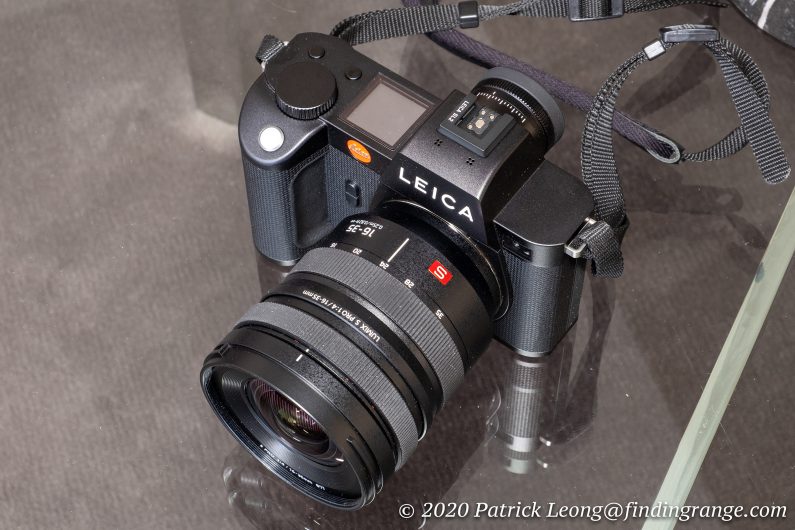 The Panasonic is also much more compact than the Sigma.  Like I said before, up until now, I’ve been using mostly the Sigma Art lenses, and my SL lenses on my camera bodies, so compared to those optics, the 16-35mm f4 is a much easier lens to live with.  It balances great on my SL2, and this is definitely a lens that I would want to take on vacation, for example.  Focal length wise, it’s going to cover most of my bases (at least the way I shoot on vacation), and it’s something that won’t weigh me down at the end of the day. 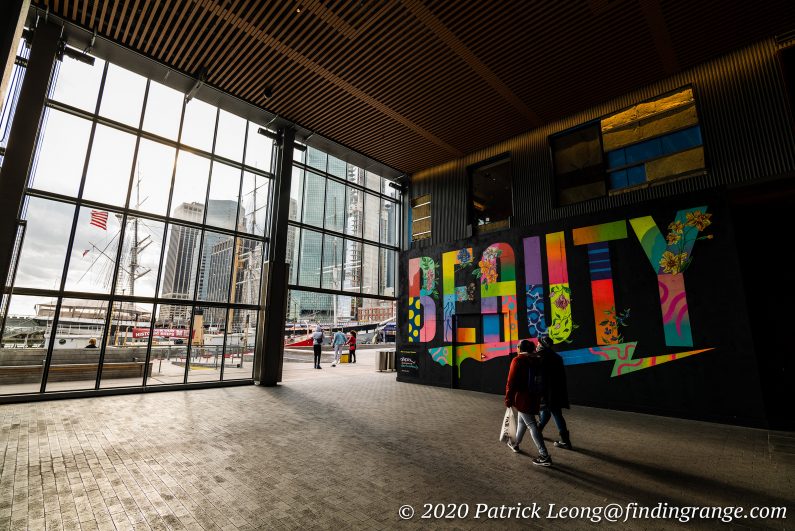 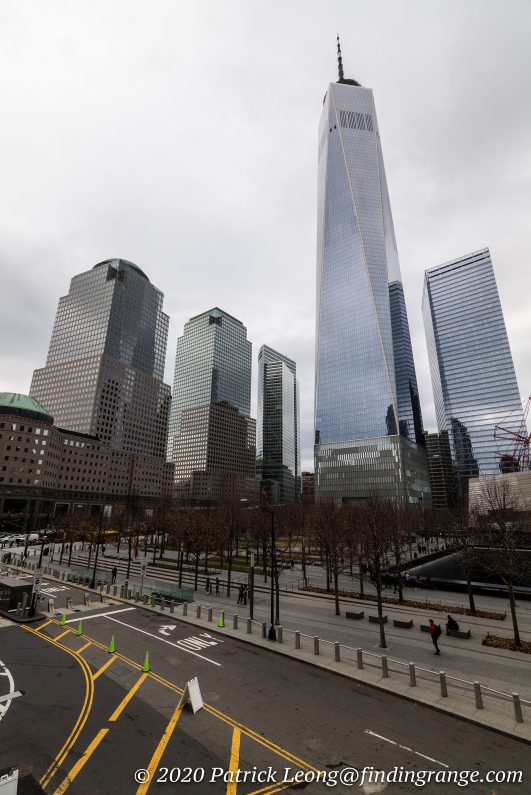 ↑ Here’s another shot taken with the 16mm focal length.  The settings were f8 and 160 ISO.

As for overall build, the Panasonic Lumix S Pro 16-35mm f4 has been excellent so far.  I haven’t had any issues yet although this is just my first impressions of the lens.  16-35mm f4 does feel very solid.  The zoom ring has a tighter feel yet it is still smooth, which is what I prefer.  The Lumix S Pro 16-35mm f4 is also weather sealed, and I was able to test it a bit during some rain.  It’s splash, dust, and freeze proof, and can still be used in weather conditions down to -14°F. 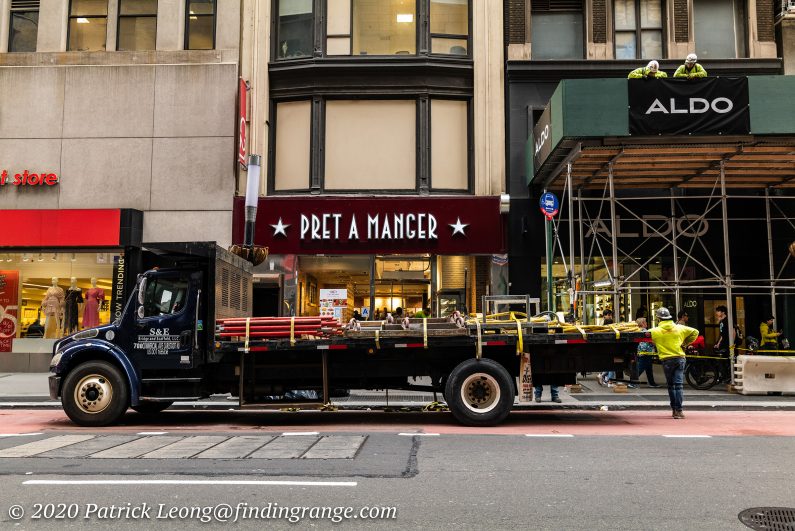 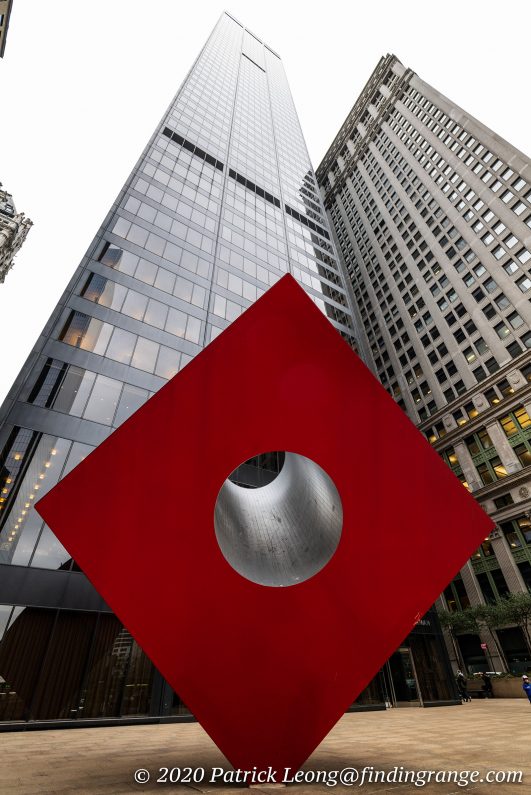 It’s also worth mentioning that the autofocus is very quick, which shouldn’t come to a surprise considering its focal length range but still welcomed news.  The Lumix S Pro 16-35mm f4 uses a double-magnet linear motor for its focusing abilities, and in nearly all the situations I’ve tested it so far in, the focus feels instantaneous to me.  Of course, I still have more testing to do for my review but overall, I’m very happy with it so far. 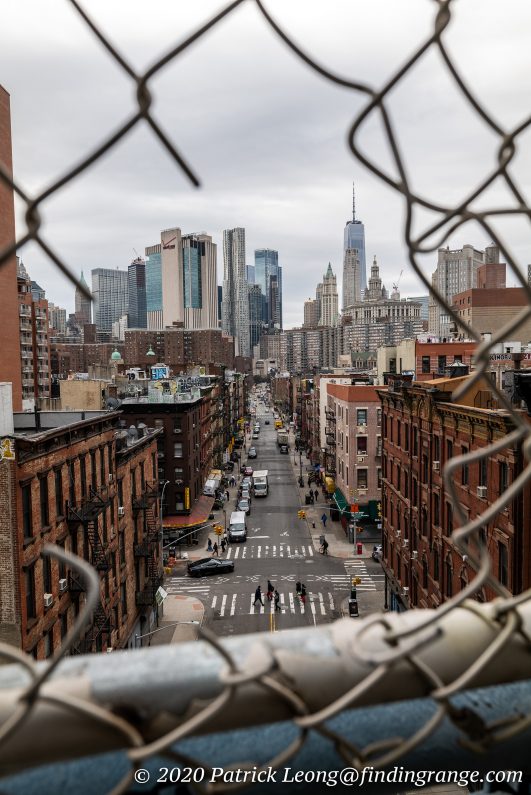 ↑ This was taken with the 26mm focal length with the settings being 200 ISO and f8. 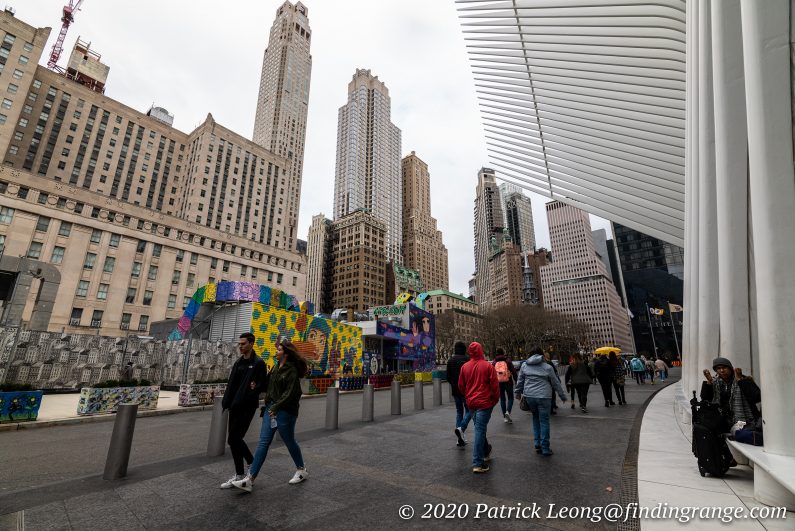 In terms of image quality, this lens’ performance has been excellent so far.  I’ve actually been quite impressed with it.  Sharpness at maximum aperture, for instance, is already excellent, and I’m testing this lens on my 47 MP Leica SL2.  Lens flare seems to be well controlled too along with vignetting.  Unfortunately, the days I’ve been shooting have been cloudy but when I post my review, there will be a lot more variety in terms of photos.  The f4 maximum aperture, while modest, hasn’t been an issue for me.  I generally don’t need fast wide angle lenses as I prefer to stop them down anyway.  Plus, high ISO these days is pretty decent, so I don’t mind pushing the camera.  For me, I’m willing to have a smaller maximum aperture for the sake of a lighter lens, especially in a wide angle, which is something I’d carry around for street photography, cityscape or even vacation. 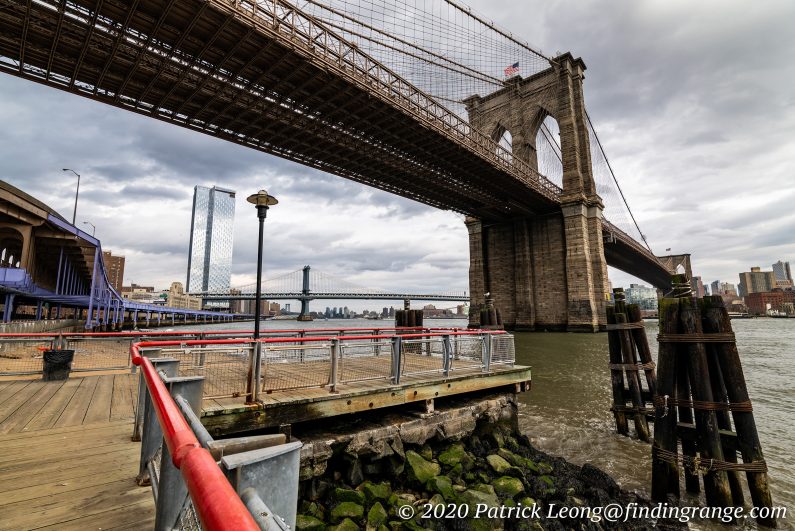 ↑ Using this lens reminded me of how much fun a wide angle can be; I used the 16mm focal length here.  The settings were f8 and 400 ISO. 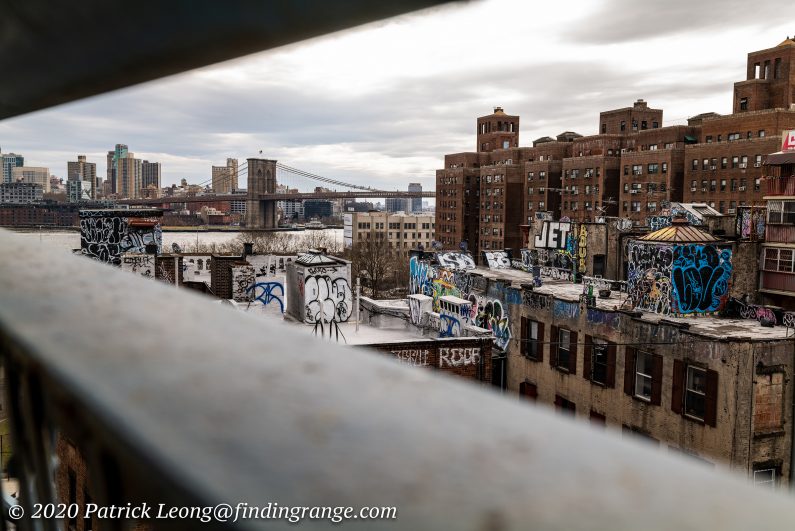 So, that’s about it for now.  Stay tuned for my full review, which should come soon.  Overall, I’m really liking the Lumix S Pro 16-35mm f4 a lot, and I feel it’s a lens that has a distinct place in the L mount system.  I’ve talked to a few of you fellow L mount users through my Instagram and through email, and one thing I keep hearing a lot is it’s great to have access to all these excellent, often times, reference level optics but at the same time, it’s also nice to have lighter and more compact options.  The Panasonic Lumix S Pro 16-35mm f4 definitely fits in the latter, and while it has a modest maximum aperture, the optics are fantastic.  This will probably even appeal more to APS-C users like the Leica CL folks.  Anyway, thanks for stopping by!

For those interested in purchasing the 16-35mm f4, you can check out the link below: