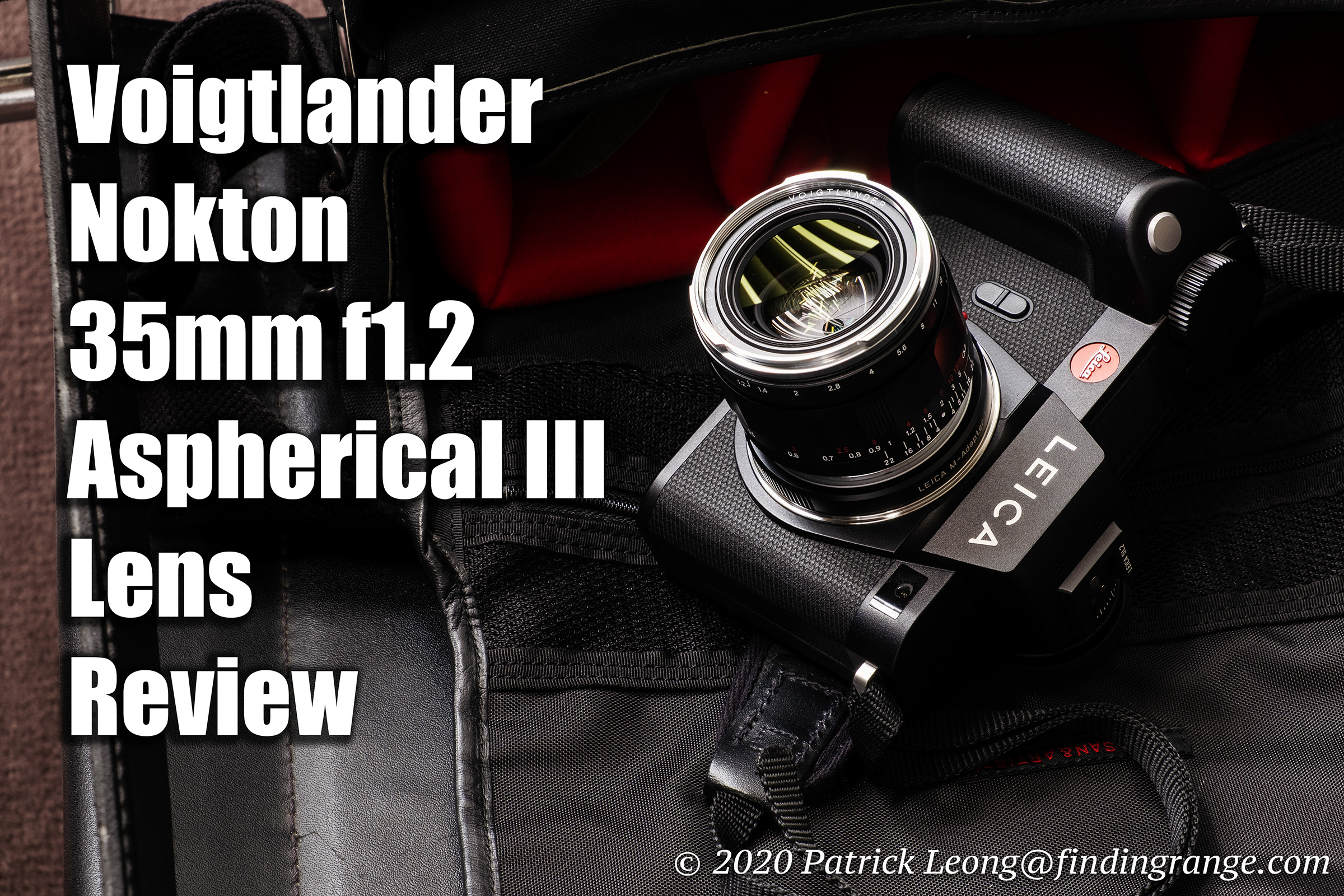 The 35mm is one of the most popular focal lengths, especially for Leica M users.  It’s a great lens for street photography, candid, and environmental portraiture just to name a few.  It’s also just a great general lens to have for everyday photography.  Because of its popularity, there are many different manufacturers that make 35mm lenses in M mount, and one of these is Voigtlander.  They have quite a few 35mm lenses to choose from, and one of them is the Nokton 35mm f1.2 Aspherical III.  I was able to test this lens out, and here’s what I think of it.

Let’s begin by talking about the build, which is quite impressive.  The Nokton 35mm f1.2 Aspherical III feels like a tank, and that is probably because it’s basically an all metal design.  It’s extremely solid feeling, and dense with every single part put together beautifully.  If you’re wondering if this lens will match your Leica body, put your worries aside.  All the photos here have been shot with my Leica SL2, and I have mounted this lens on my M6 TTL Millennium.  This lens feels right at home on both camera bodies.  Price wise, the 35mm f1.2 currently retails for $1,049, which isn’t cheap but trust me, it is worth every single penny.  Plus, you do save tons when you compare it to the Summilux-M 35mm f1.4 ASPH, which currently retails for $5,895. 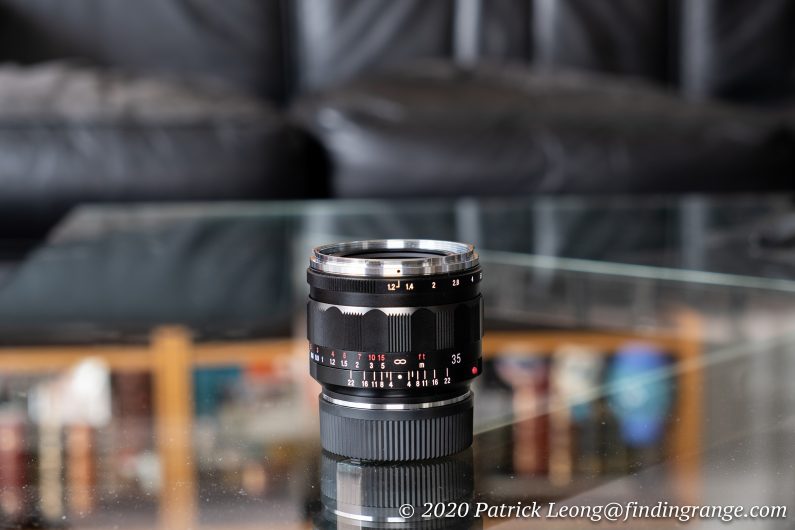 As for functions, there aren’t many considering this is a manual lens.  There’s focusing, which is done with a focus ring that is buttery smooth (one of the smoothest I’ve used in a while) with just the right amount of weighted feel to aid in precise focusing.  This is an f1.2 lens after all, so the depth of field can be very thin.  There’s also an aperture ring, which clicks solidly into position as you rotate it. 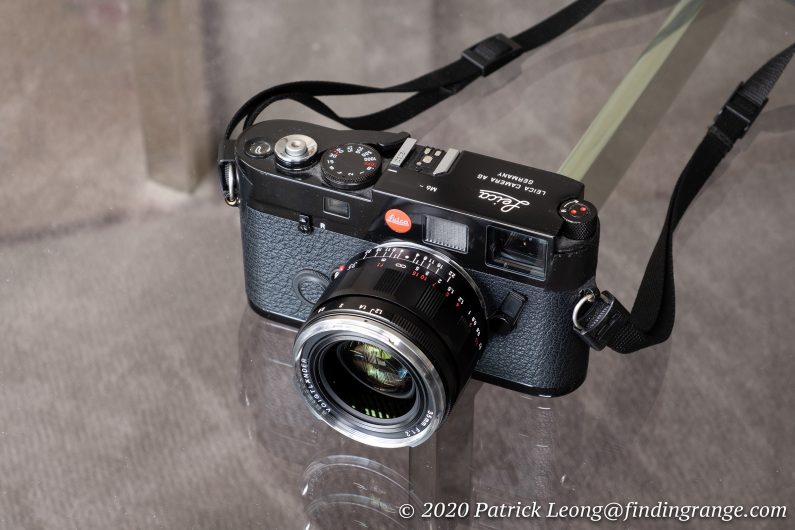 ↑ I used the 35mm f1.2 with my Leica SL2 but since this is an M mount lens, I thought I’d show all of you how it looks like attached to an M camera.

In terms of size and weight, I’ve read comments about the Nokton 35mm f1.2 Aspherical III being heavier, and larger than a standard 35mm but if you want something with a maximum aperture of f1.2, you can’t expect it to be the size of an f2 lens, for example.   Increase in size and weight is just part of having fast glass, especially if we’re considering decent optics as well.  With that said, I don’t think the 35mm f1.2 is that large or heavy considering it has a wide open aperture of f1.2.  At 332 g, it’s not bad at all; In fact, I kind of like it because it just has a nice weighted feel to it.  It doesn’t feel heavy but at the same time, the weight helps with stability, and it also adds to the high end feel.  Furthermore, being that this is version III, it is actually 20% shorter, and 30% lighter than the previous version. 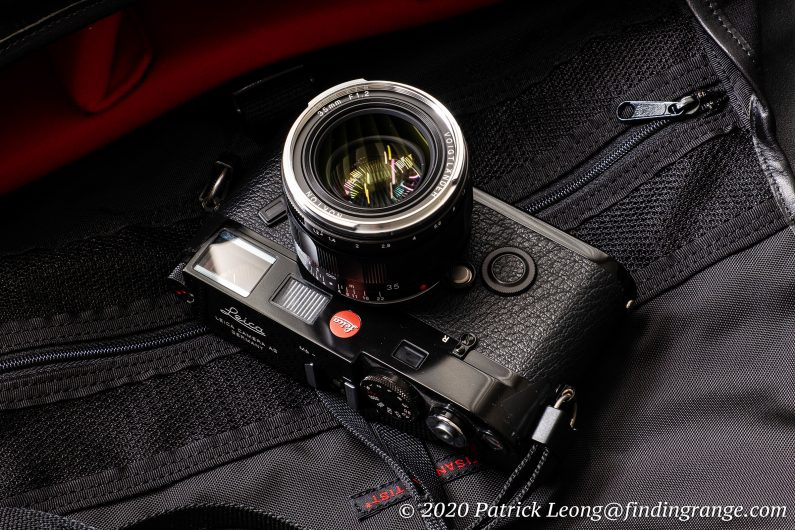 ↑ One more shot of the lens attached to my Leica M6 TTL Millennium.

Now, if you want a lens hood, you can purchase the Voightlander LH-8 lens hood for it but it’ll cost you an additional $109.  It would’ve been great if it was included but with that said, I didn’t feel it was really that necessary.  Flare wasn’t much of an issue but the lens hood is pretty cool looking.  Plus, it’s a great way to protect the front element from bumps, especially if you do a lot of walking around in a crowded city. 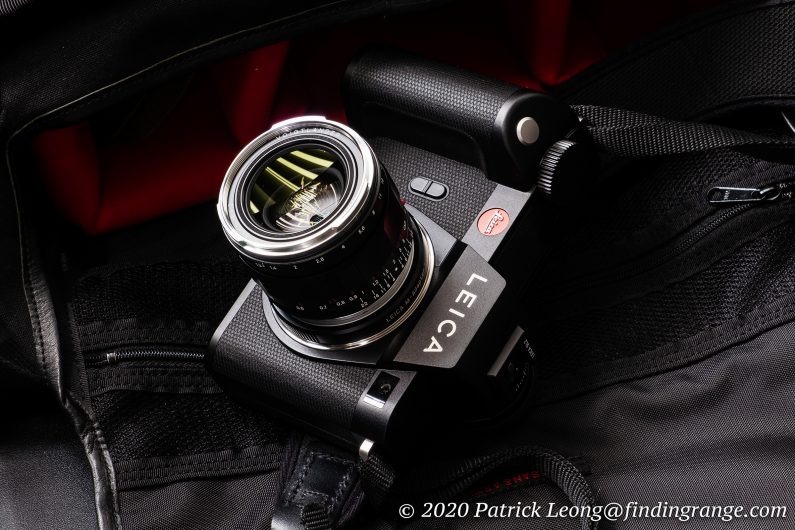 Admin Note: While NYC is finished with lockdown from the Covid-19 pandemic, I’m still not shooting as much as before, so there are less pics (and variety) than what I would normally post for a review before the pandemic.  I know a 35mm is great for street work but I haven’t really done much of that lately.  Plus, I was going to schedule a social distance shoot for environmental portraits but scheduling conflicts prevented that.  Still, there are plenty of pics that will show what this lens can do.

Now, let’s talk about image quality.  Since this is version III, the optical design has been updated, so it renders more accurate colors to suit digital capture.  Bottom line is I found the images taken with the Nokton 35mm f1.2 Aspherical III to be superb. 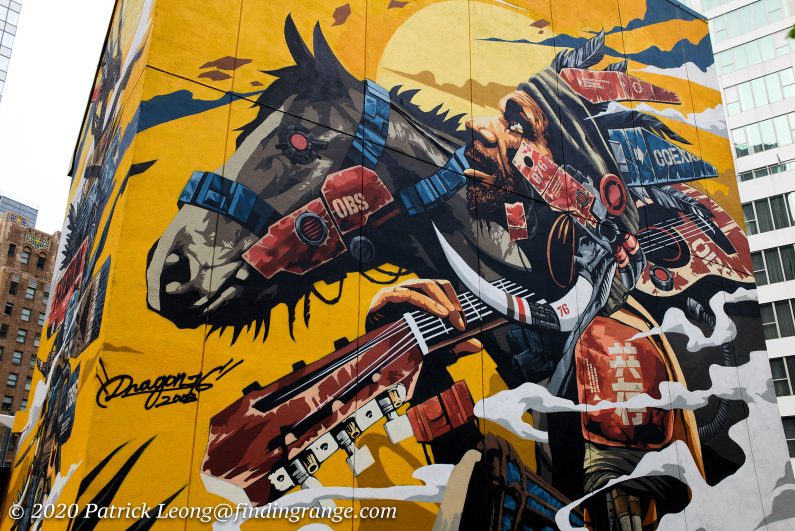 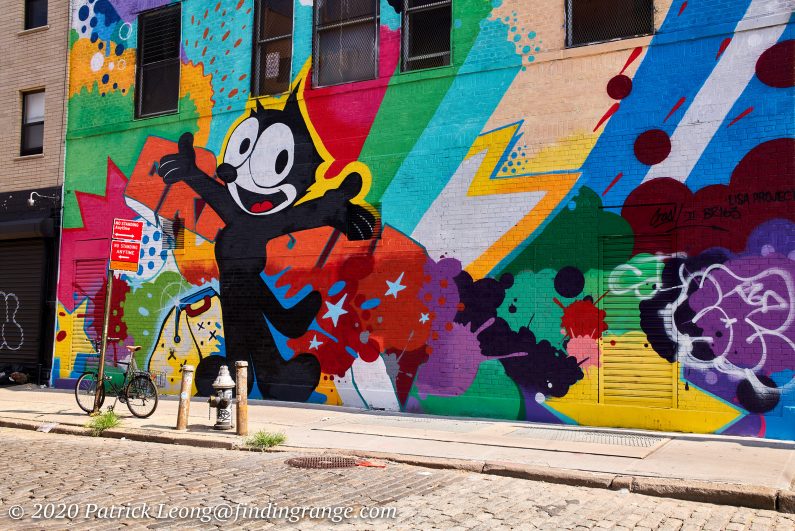 Let’s start off talking about the sharpness, which is excellent overall.  Focusing at f1.2 takes a bit of practice, especially if your subject is close to you but if you get it right, the images are tack sharp in the center at f1.2 with corners being a bit softer.  Stopping down to just f2 will noticeably increase sharpness throughout the frame.  By f4, the corners are nearly all sharp.  I feel that f5.6 to f8 is probably the lenses sweet spot for sharpness throughout the frame but with that said, in real world use, this lens can, and should be used throughout the aperture range.  I was testing this lens with my 47 MP Leica SL2, and I ended up being quite impressed by it overall. 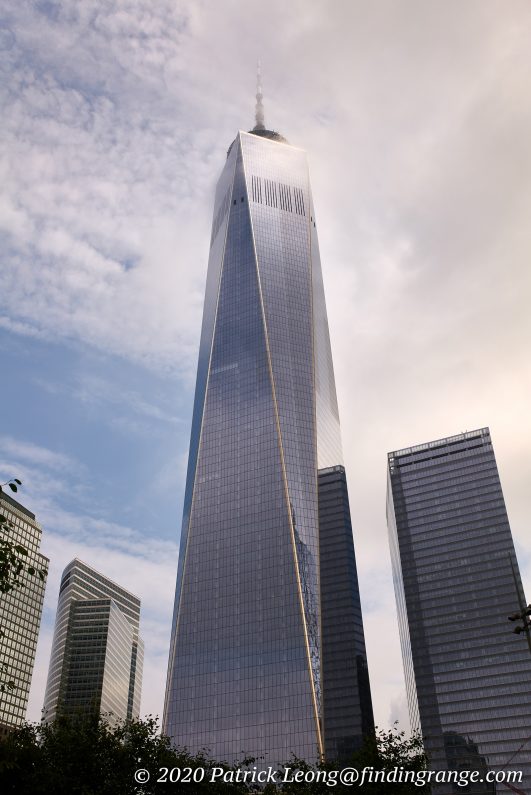 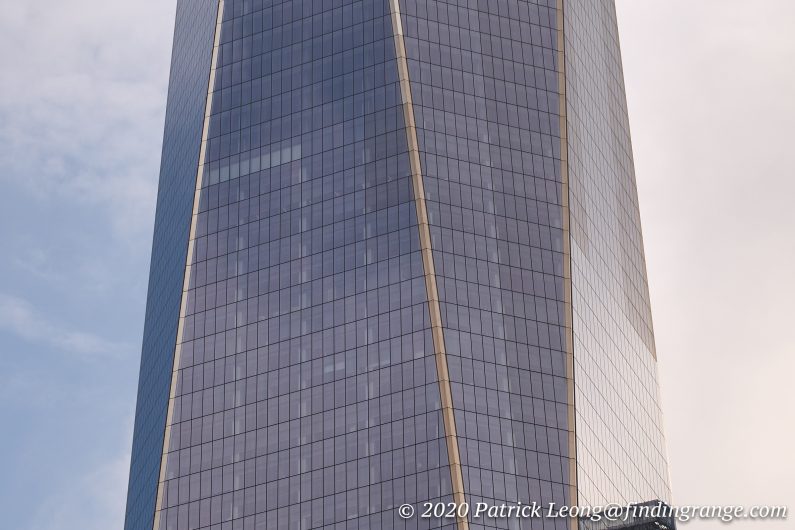 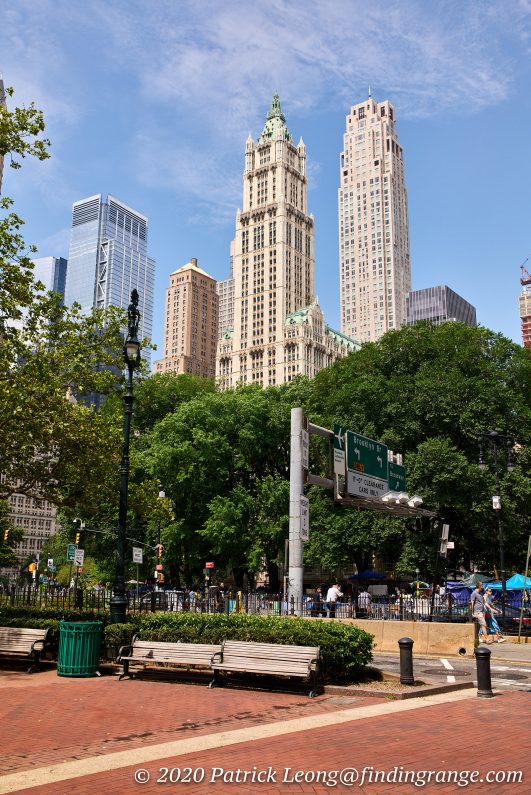 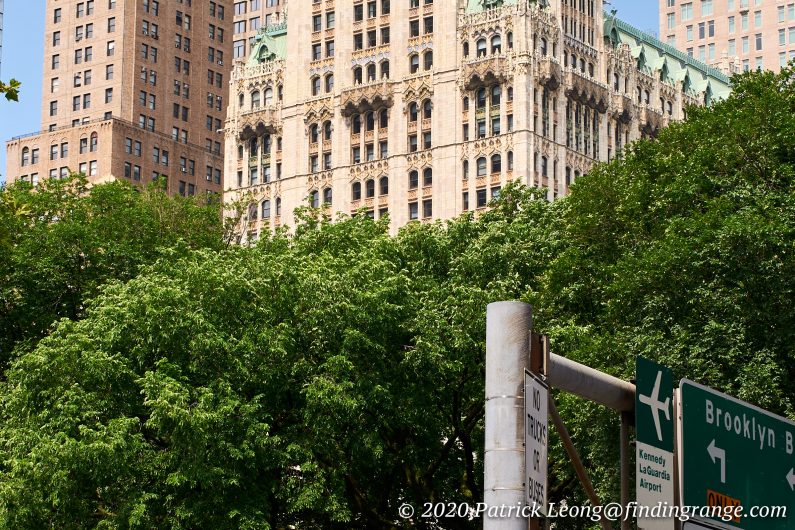 ↑ Here’s a 100% crop of the photo above.  Notice how sharp the words are on the signs even though the Woolworth building is technically the focus point.

As for other features, color rendering and contrast are excellent.  There’s quite a bit of three dimensional pop, which adds more realism to the photos.  Also, the Nokton 35mm f1.2 is highly resistant to flare.  I can’t remember even getting a photo with any real flare issues in normal shooting conditions meaning not purposely trying to make the lens flare.  As for vignetting, there is definitely some at f1.2 and f1.4, which is normal for such a fast lens but it is significantly reduced by f2.  By f4, vignetting is essentially a non-issue. 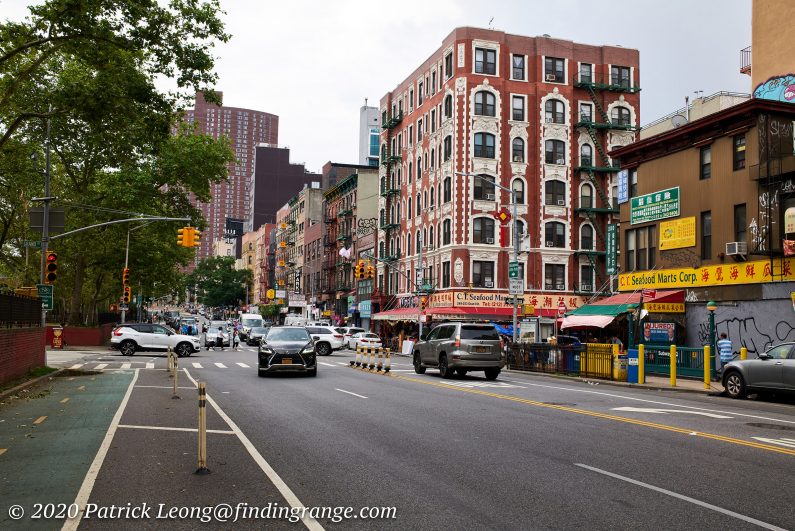 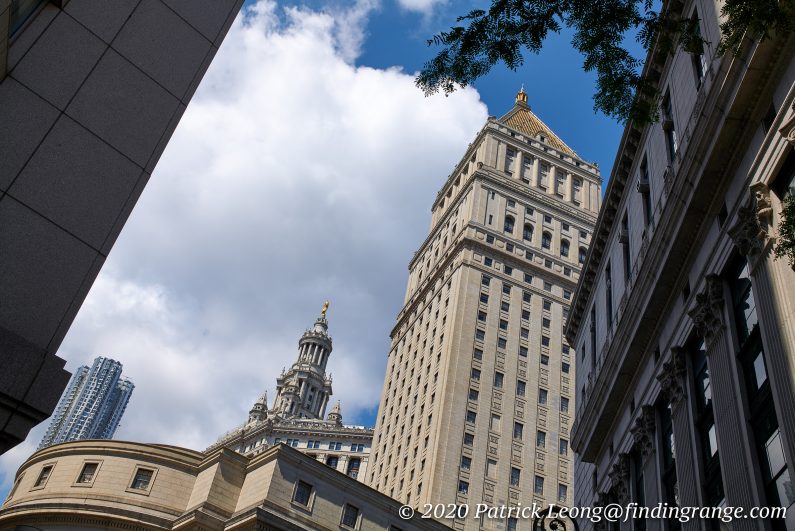 Overall, the 35mm f1.2 has quite a bit of character, and I would say the look that it produces is right in the middle of classic and ultra modern.  In that way, it reminds me of my Summilux-M 50mm f1.4 ASPH.  I feel the look that the 35mm f1.2 produces is very similar in some ways, and that’s a huge compliment from me given that the Lux is my favorite M lens.  When compared to the Nokton 35mm f1.4 II MC, the 35mm f1.2 aims to be more perfect whereas the 35mm f1.4 has a more classic and imperfect rendering.  Both lenses offer different looks, and it really comes down to your personal taste. 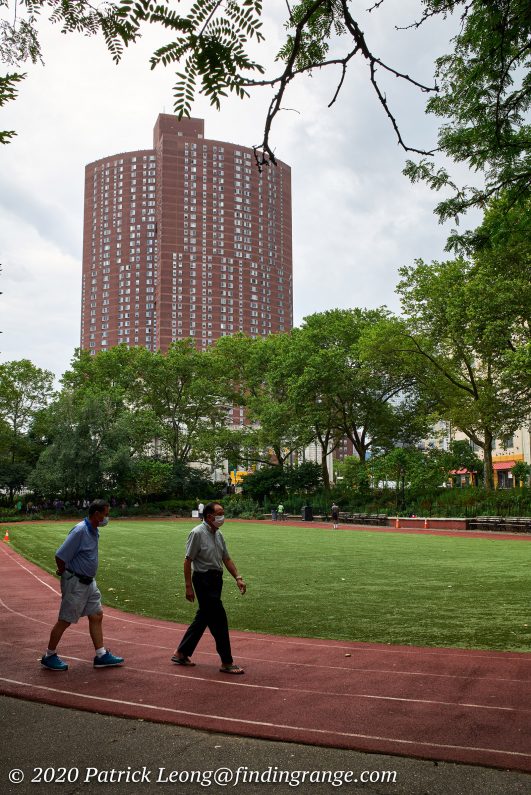 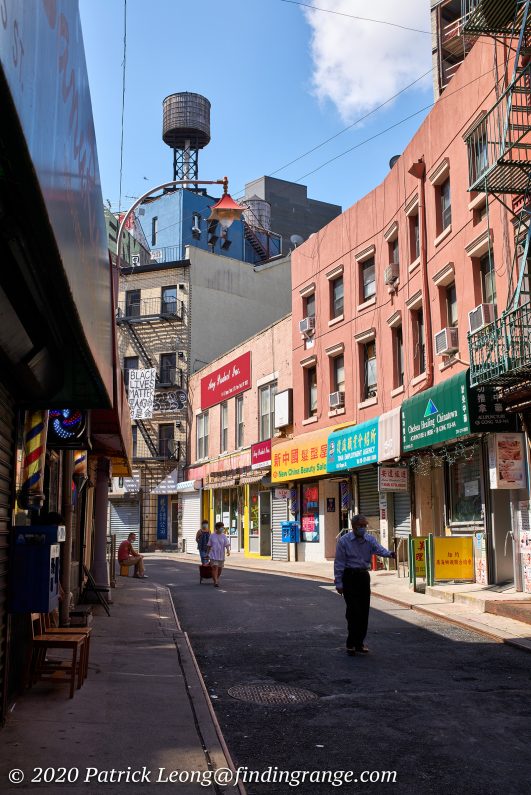 ↑ If I recall correctly, this was taken at f8.

Let’s talk about the bokeh and shallow depth of field now.  At f1.2, the depth of field is quite thin, and with a 12-blade diaphragm, the bokeh is velvety smooth.  Ladies and gentlemen, the backgrounds simply melt away.  I don’t shoot at wide open apertures all the time, especially with a 35mm lens.  Usually, with a lens like this, I stop down to around f5.6 to f8.  That’s how I like to shoot with a 35mm but with that said, I couldn’t resist that f1.2 aperture given that the look is quite pleasing.  The isolation, the vignetting, and that three dimensional pop I was talking about all work together to give you pretty awesome shots. 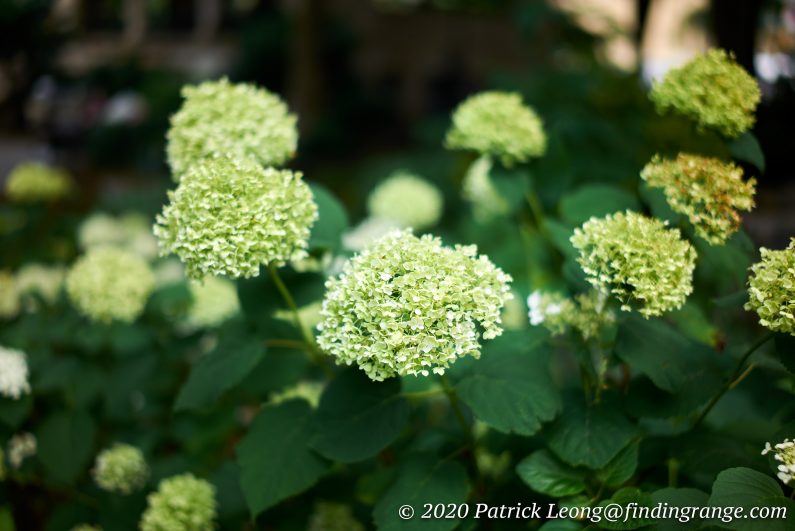 ↑ This was taken wide open. 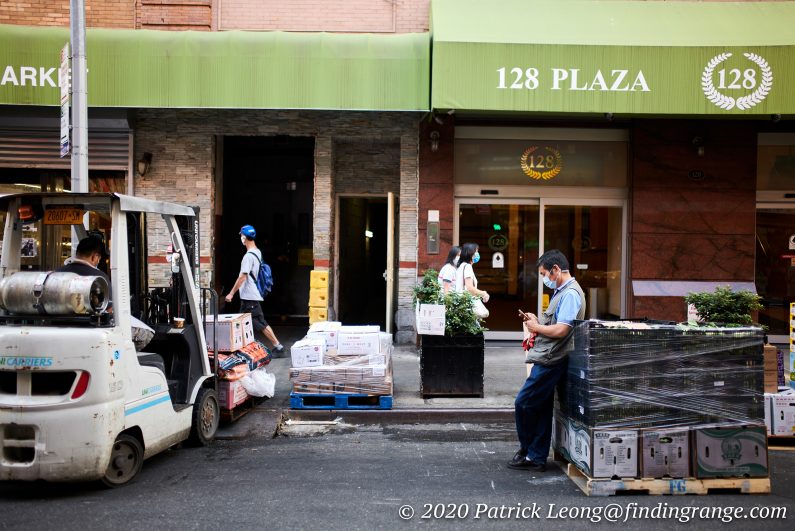 ↑ Here’s a shot taken from a further distance at f1.2.  In some ways, this image reminds me of the way my Summilux-M 50mm f1.4 ASPH renders. 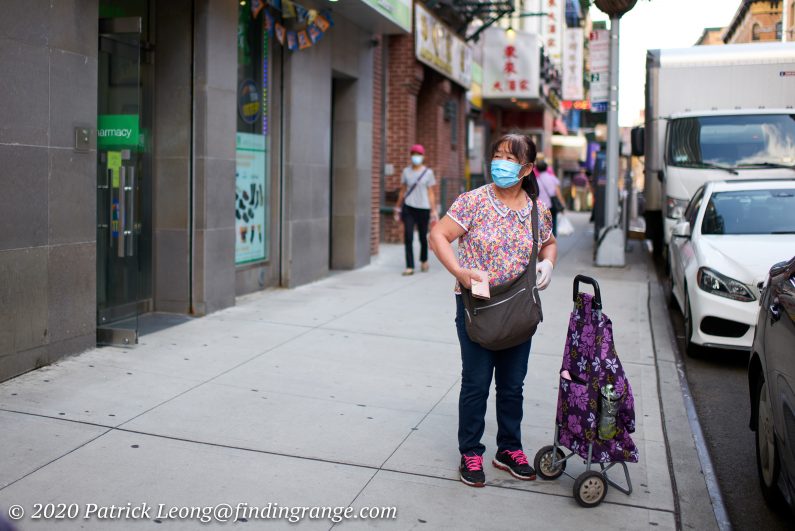 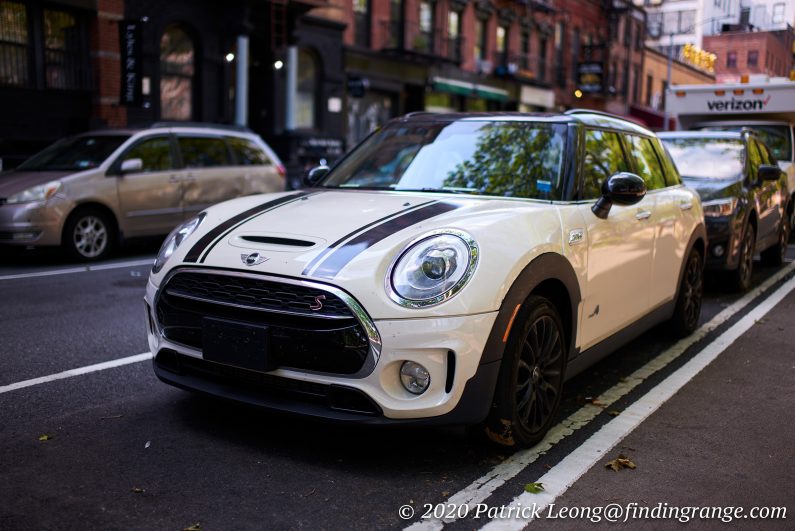 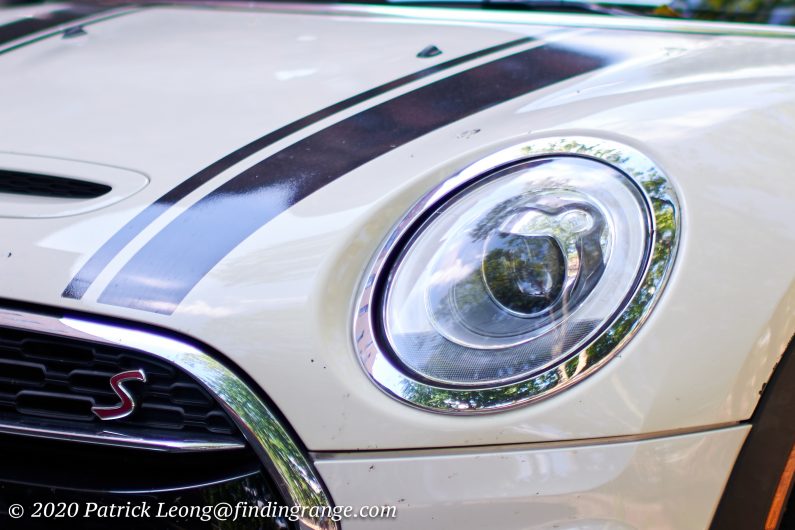 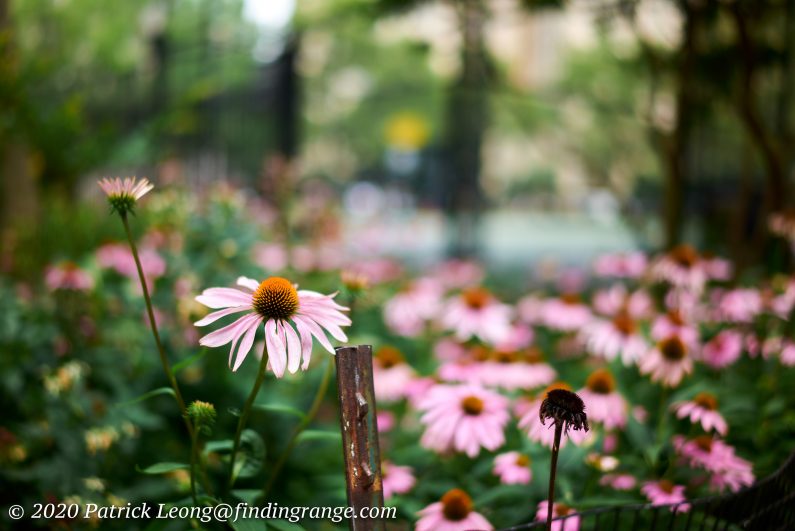 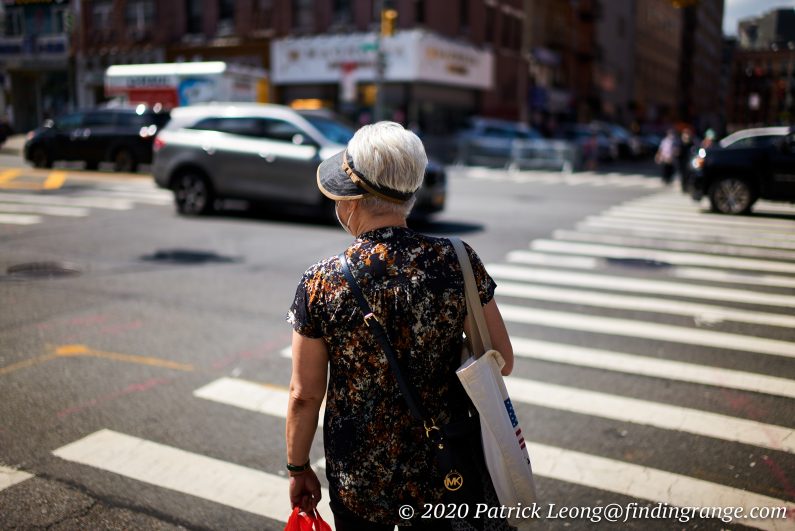 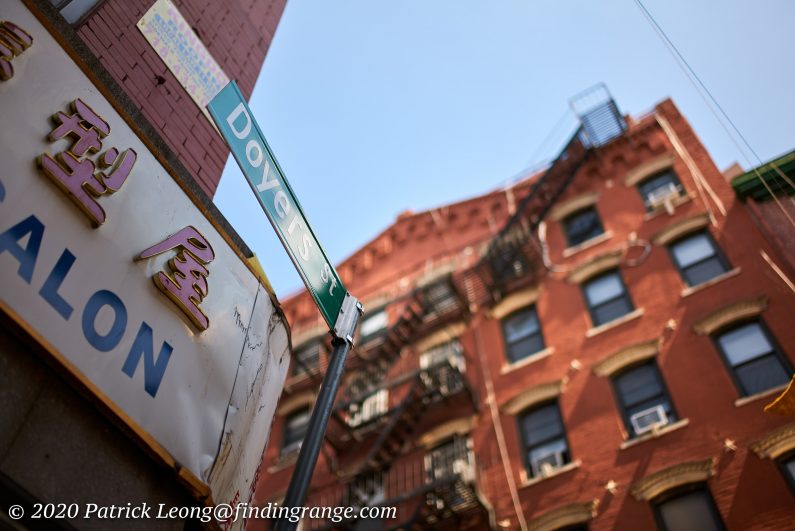 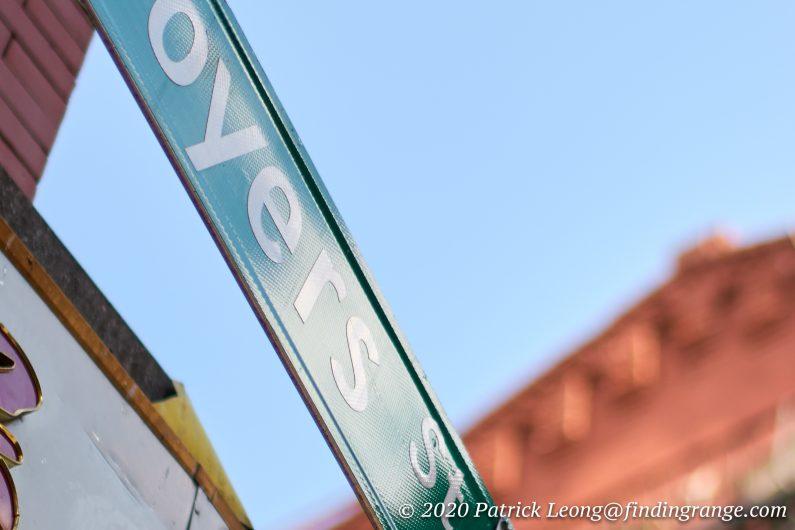 For those who are considering this lens, you might also be looking at the Voigtlander Nokton 35mm f1.4 II MC.  I reviewed the f1.4 version as well a while back (review here), and absolutely loved it.  It’s one of my favorite Voigtlander lenses.  However, since I didn’t have both lenses at the same time, I couldn’t really do a comparison.  Still, from what I gathered testing both lenses, I don’t think there is a huge difference in how thin the depth of field is between f1.2 and f1.4 but as they say, every little bit does counts.  Plus, I feel these two lenses offer a different look at wide open aperture.  The 35mm f1.4 has a more classic rendering with sometimes dare I say, a swirly look whereas the 35mm f1.2 is a bit more modern to me.  I’ve posted some examples from my Nokton 35mm f1.4 II MC review below to give you an idea of what I mean. 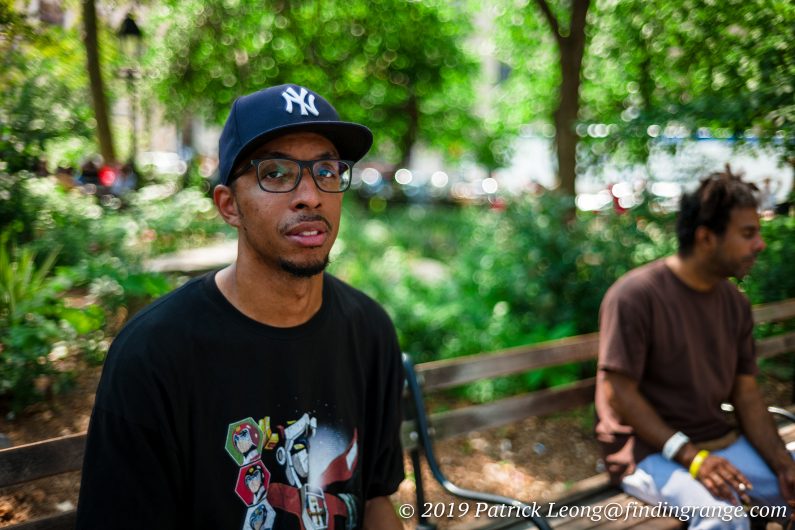 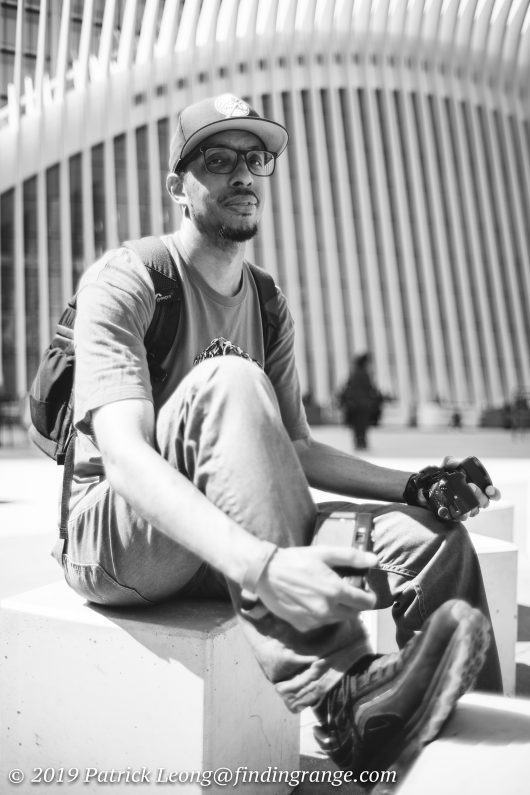 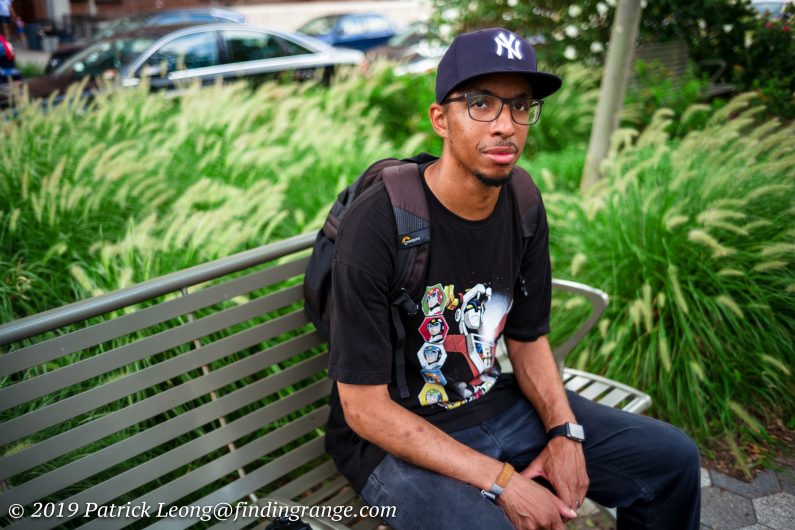 Overall, the Voigtlander Nokton 35mm f1.2 Aspherical III is a superb lens to consider.  It’s extremely well-made for one.  I would say it’s also relatively compact and light weight.  Someone will probably say it isn’t but you have to factor in the f1.2 aperture and the image quality, which is excellent.  For all of this, the price is $1,049, which isn’t exactly cheap but trust me on this: it’s quite a bargain in this case.  As a whole, I feel this lens is the complete package.  Yes, the Leica version may be more perfect but it also costs almost $6k.  I’m definitely not knocking the Leica version but with the Voigtlander, you’ll still be creating some great images.  Bottom line is, if you’re looking for a fast M mount 35mm, this is one lens that you should definitely add to your list.  As I said earlier, I’m not a fan of the 35mm focal length but this is still currently one of my favorites.

Thanks for taking the time to read my review!  If you’re considering purchasing the Voigtlander Nokton 35mm f1.2 Aspherical III, and my review helped you decide, please help support this site by purchasing from any of the links in this review.  It will not cost you anything extra.  Thank you for your support!