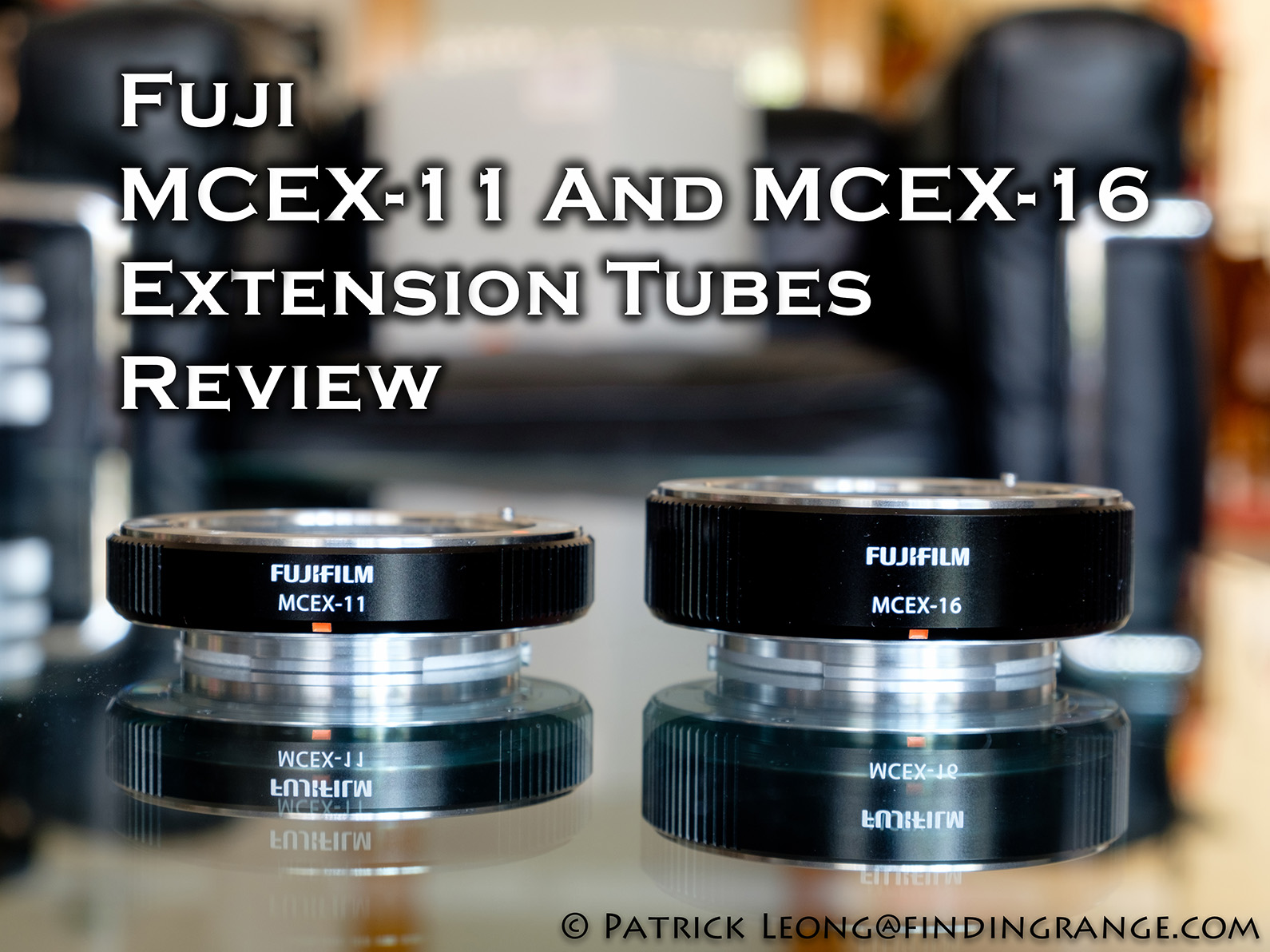 Extension tubes can be great tools for those who are looking for a cheaper alternative when doing close up or macro work.  They are also great for people who just want to experiment with macro photography but are not necessarily ready to invest a lot of money into a macro lens.  While there are some aftermarket extension tubes out there for the X Series system, Fuji themselves have also decided to make their own: the MCEX-11 and MCEX-16.  They’ve been out for a while but I haven’t had the chance to give them a try until now, so here is my short review of them.

Overall, these extension tubes are more expensive than third party versions but they are also very well-built.  They are very solid, and all metal.  They definitely do not feel cheap, and they even have a nice heft to them.  The extension tubes also have electronic contacts built into them for the aperture information and autofocus functions.  The MCEX-16 is obviously larger since it is 5mm longer than the MCEX-11 but both in general are compact and won’t take up much space. 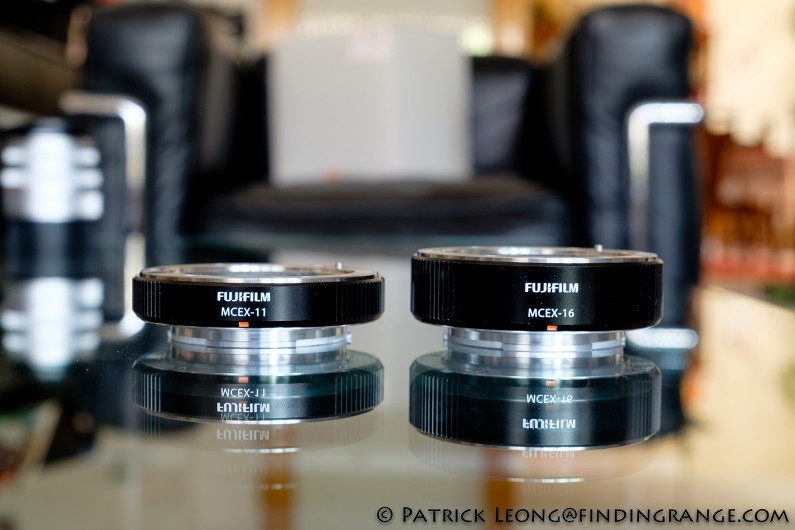 ↑ The extension tubes are made out of metal. 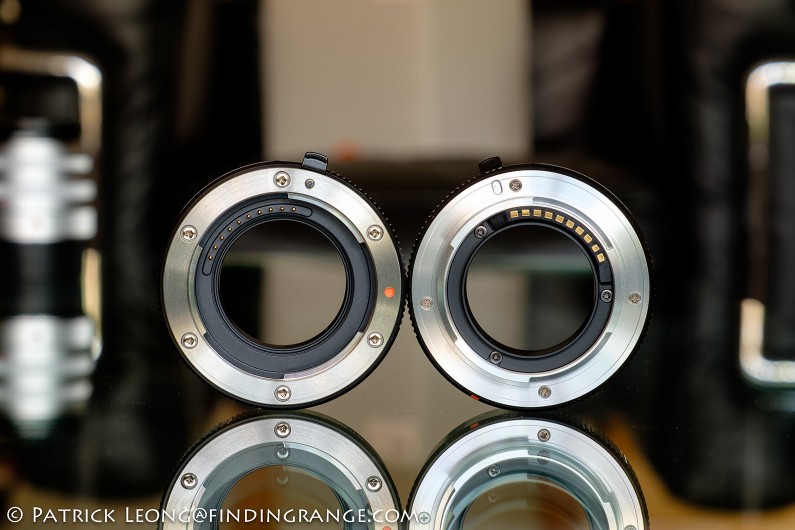 ↑ The MCEX-11 and MCEX-16 have electronic contacts for aperture info and autofocus functions. 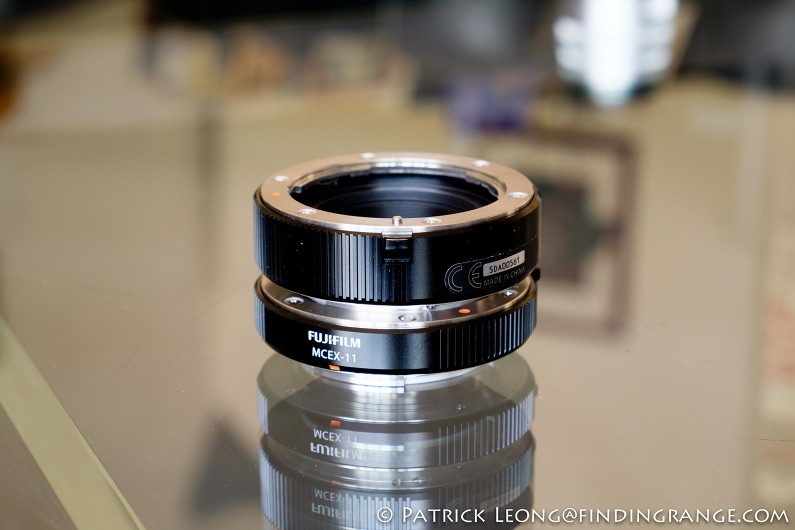 ↑ If you need to remove the lens, just press on the small lever.

One thing that I was hoping for were caps for these extension tubes but unfortunately, they did not come with them.  It’s true that there are no lens elements that need protecting but I use my gear a lot, so I get dust and dirt in my bag all the time.  I’d like to prevent dust and dirt from getting into the little crevices of these extension tubes because anything I get into them can, and often times, will fall onto my sensor of my camera.

Overall, these extension tubes are very fun to use with the Fuji lenses, and it’s pretty amazing how much detail you can retrieve.  Out of the two extension tubes, the MCEX-16 will allow you to get closer but some may not like it as much since it really limits the maximum distance your lens can focus.  Obviously, none of these extension tubes will allow you to focus to infinity but there is a little more flexibility with the MCEX-11 since it is shorter.  I think it really comes down to personal preference and what you’re photographing.  The images below were taken with the XF 18-55mm.  I took images with a bunch of lenses but I really ended just using my XF 18-55mm mostly. 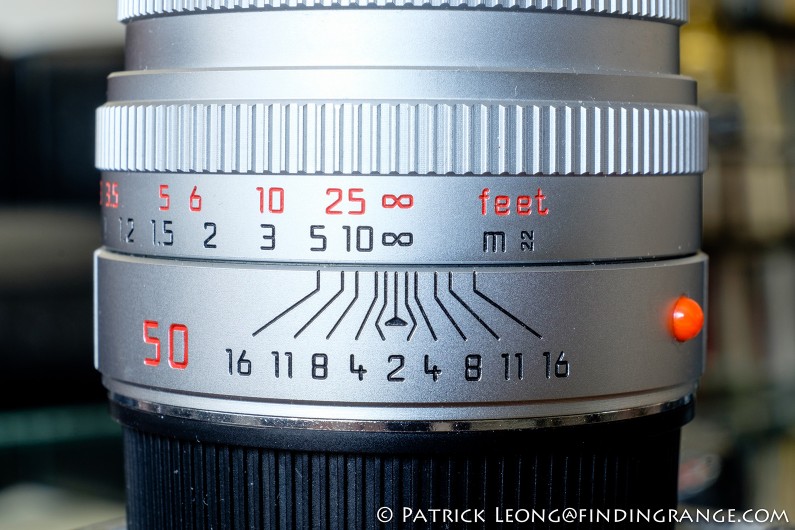 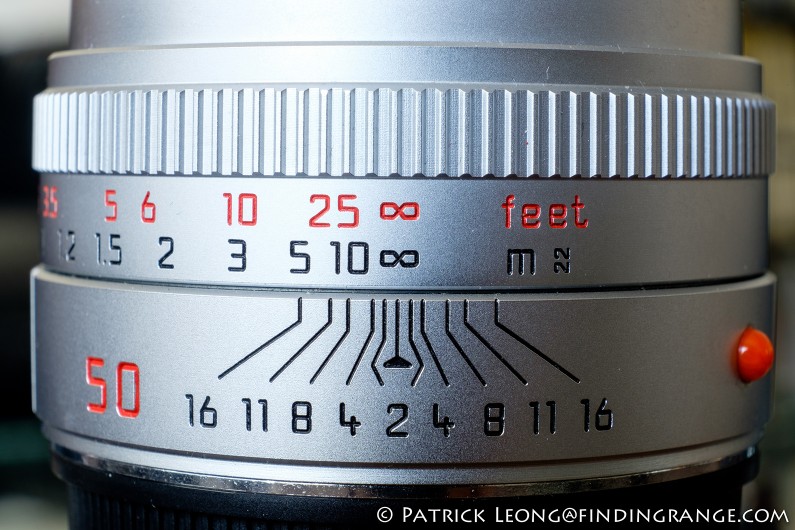 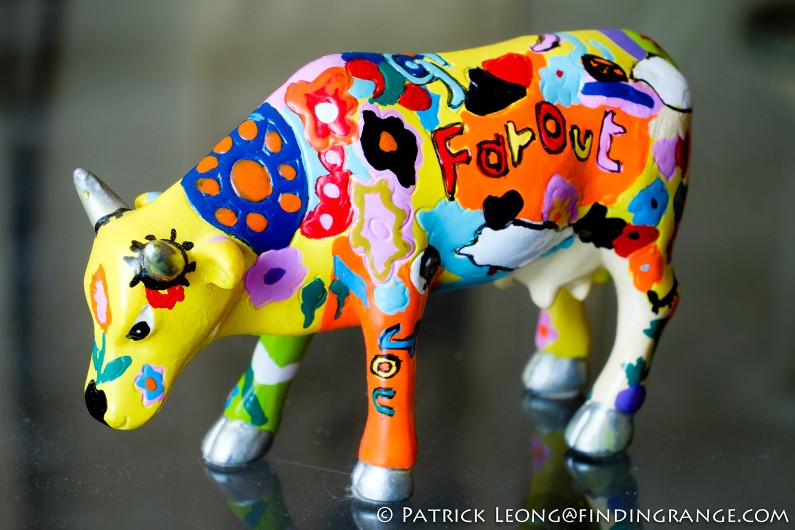 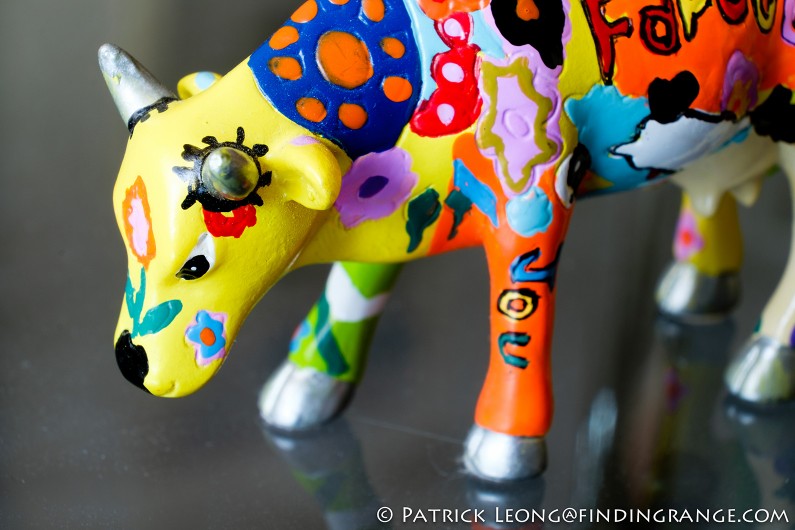 Overall, if you want to be able to use your existing lenses for close up work, these extension tubes are a great way to do so.  You just have to keep in mind that there are some compromises that you’ll have to make.  For one, you will lose the ability to focus at a distance, which is what I was saying before.  With a lens like the XF 60mm F2.4 R Macro lens, you have the close up capabilities but you still have the ability to focus at a distance.  In general, the longer the tube, the more limiting the focusing range is, so one should keep that in mind.  Also, the closer you get, the shallower your depth of field is, so you would probably have to stop down a bit.  That’s why a lot of my photos here were stopped down so much.  Lastly, I did notice slight softening in the corners of the images that I took but nothing that would ruin a photo.  Overall, none of what I just mentioned are major compromises, and in no way do they affect the fun one could have with these extension tubes. 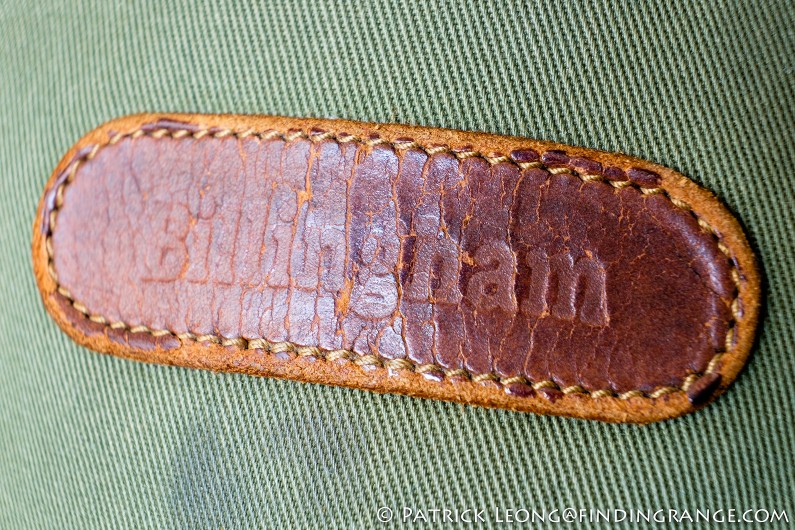 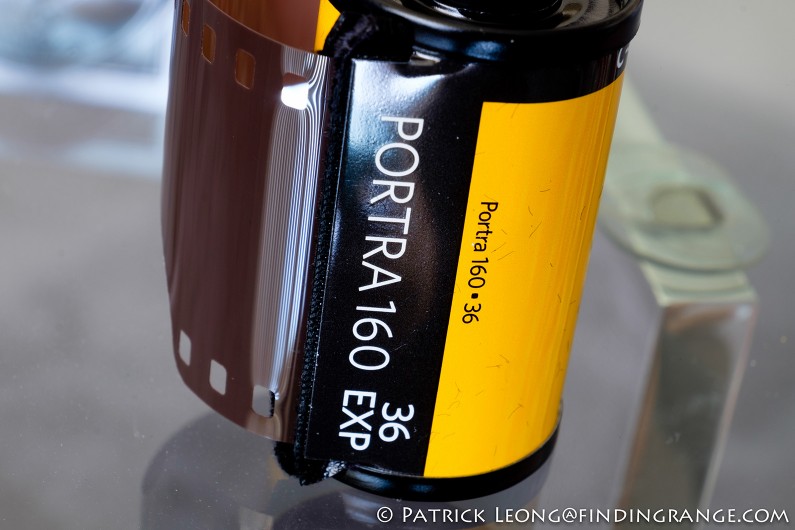 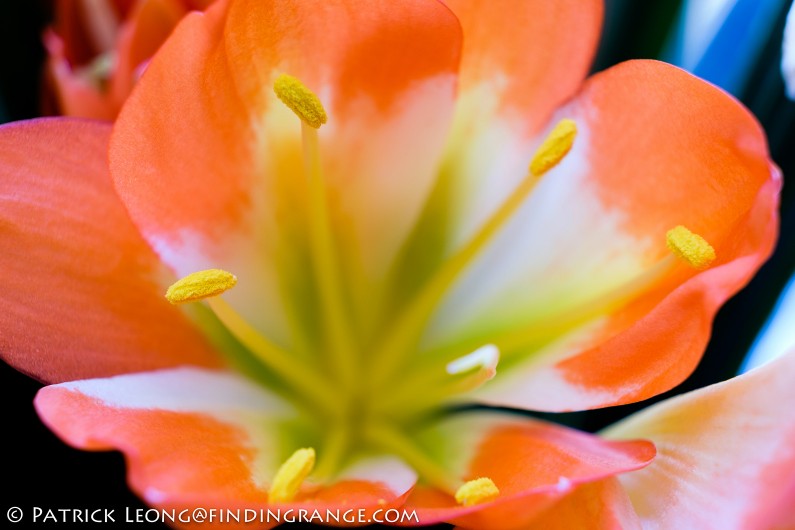 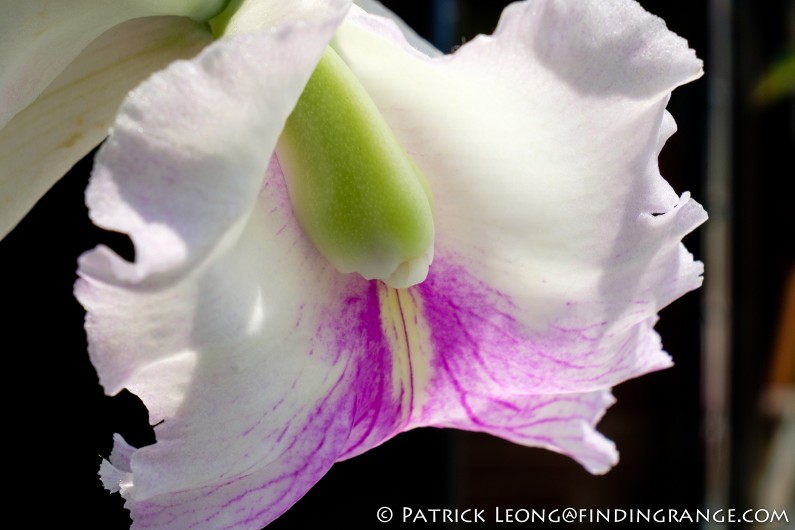 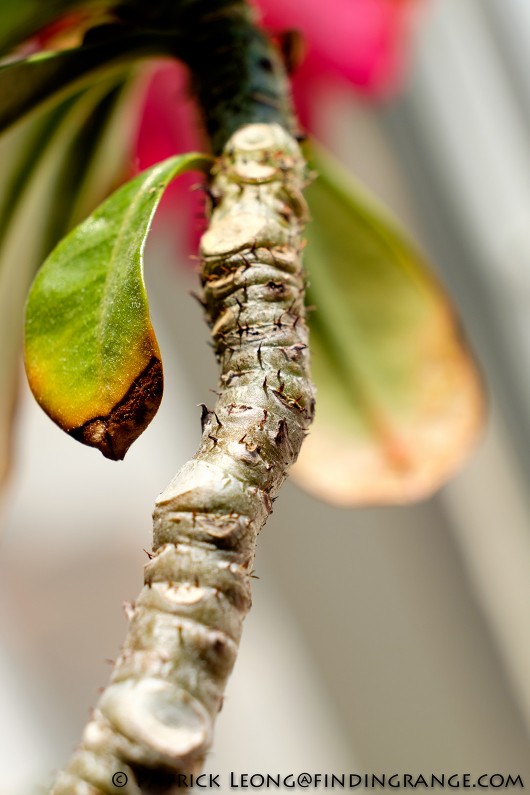 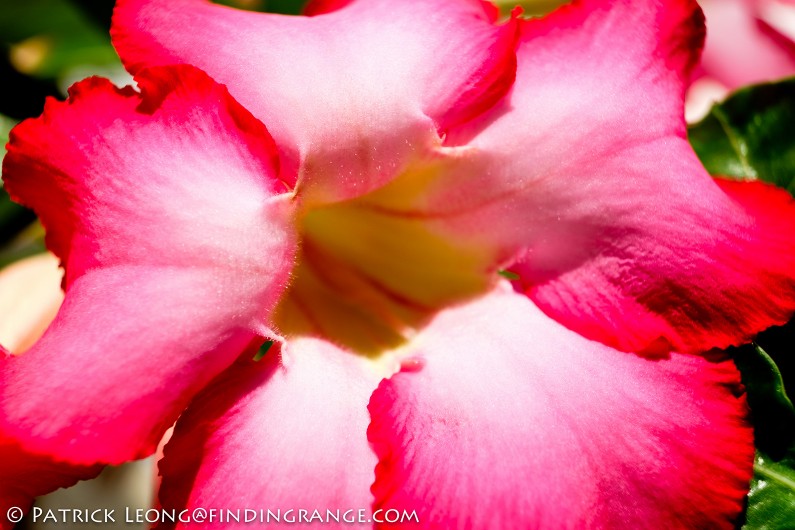 Thanks for taking the time to read my review!  If you’re considering purchasing either extension tube and my review helped you decide, please help support this site by purchasing from the links below or any mentioned in this review.  It will not cost you anything extra.  Thank you for your support!