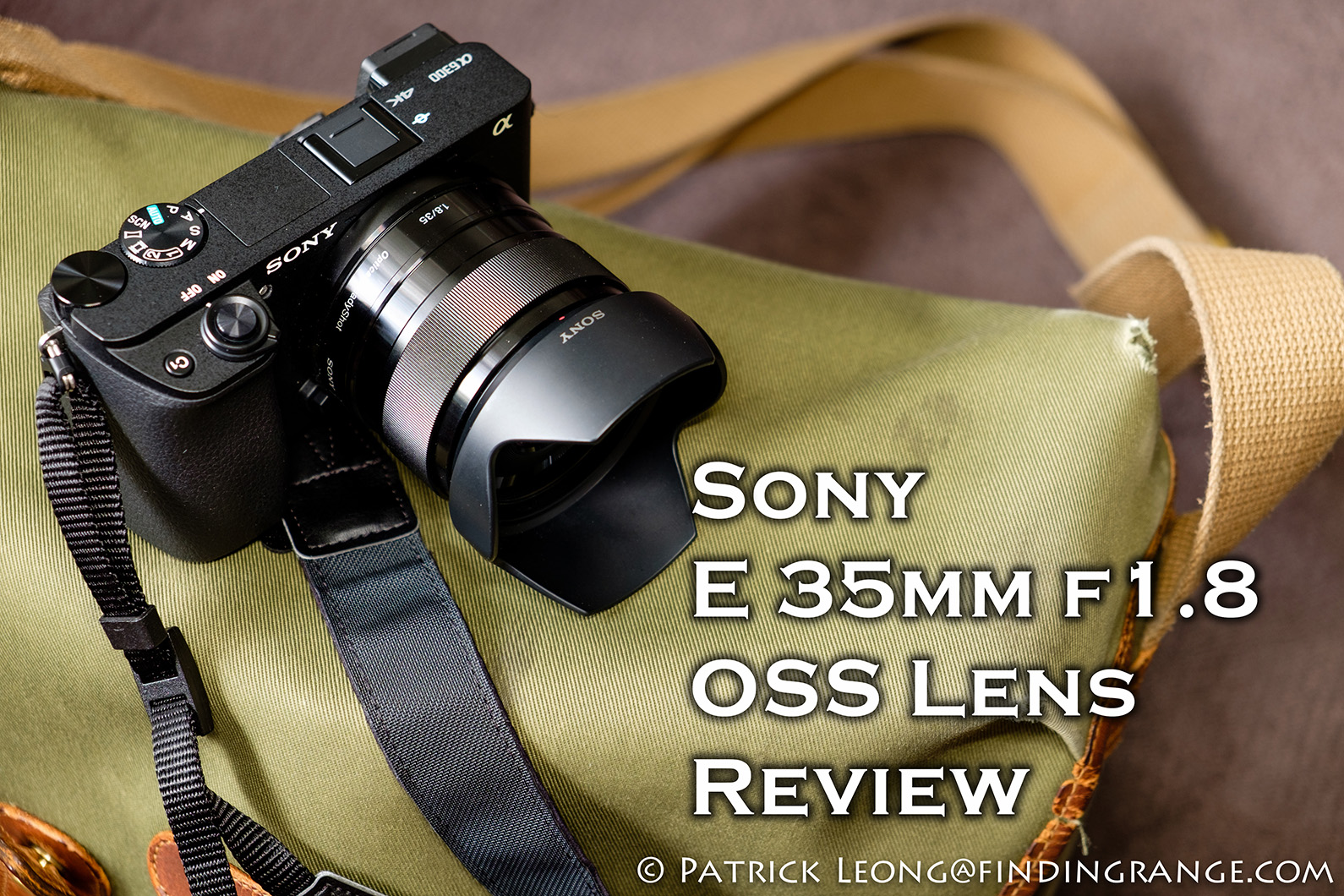 I received the Sony E 35mm f1.8 OSS lens when I was reviewing the a6300, and since it’s an older lens, this review will be a little shorter than what I normally write.  I just thought that this lens would be great to review because its focal length, price, and speed, make it a great choice for those who are just getting into the Sony system.  Plus, I love the 50mm focal length, so it’s always a joy to test another one out.  So, let’s get started.

Overall, the Sony 35mm f1.8’s is a relatively plain looking lens but it is built very well.  It has image stabilization, and a focus ring that is smooth in operation if you choose to go manual.  The 35mm f1.8 is very compact, and while I must admit that it does feels a little plasticky to me, it is actually made from aluminum alloy.  There are no creaks or rattles of any kind, and because of the material that it is made from, it is also solid and light.  At 154 g, it’s actually a great match with the Sony bodies like the a6300.  I was pleasantly surprised at how well-balanced the a6300 felt with this lens mounted on it.  The combo not only felt light, it felt small, and stealthy. 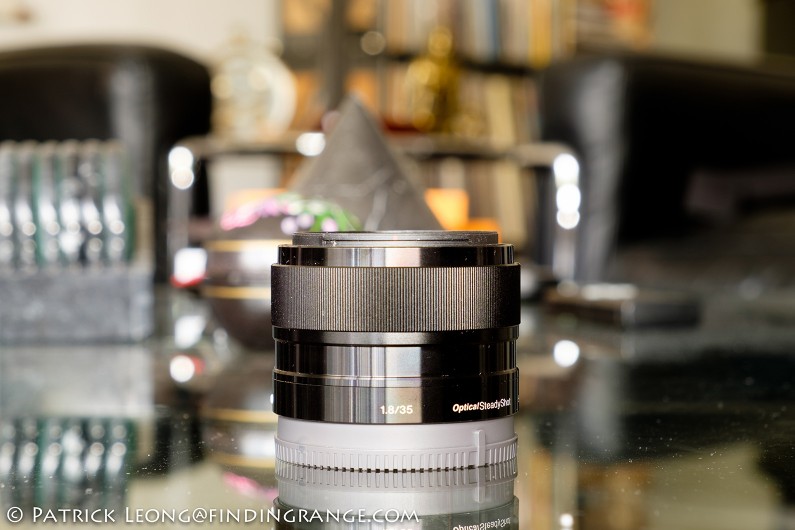 A petal shaped plastic lens hood is included with the the Sony E 35mm f1.8 OSS lens, and it’s actually a great fit for the lens because it’s proportional in size to the compact nature of the lens.  I’ve tested lenses where the lens hood is actually about the same size as the lens itself, which I think is crazy but in this case, I like this lens hood not only because it’s small, it also has a bayonet style mount, so it’s quick to attach and release.  Plus, since it is a bayonet style mount, it stays on a bit better than say one that clips on.  Lastly, it’s also reversible, so it saves a lot of space in one’s bag. 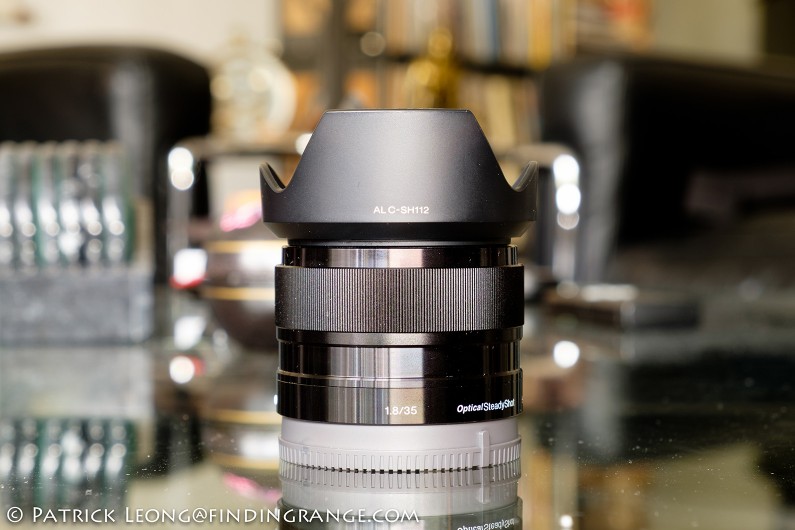 As for the autofocus, I found it to be very quick, quiet, and accurate on the a6300 that I was using.  I was nailing the focus even when I was using the lens’ largest aperture.  In fact, I can’t think of any issues I had with this lens’ focusing abilities.  It was really good.  I was even able to focus on moving targets well, so I could get spontaneous portraits, for instance.  In dim lighting, it slowed down a bit but nothing that would cause any major issues.  I was still happily snapping away. 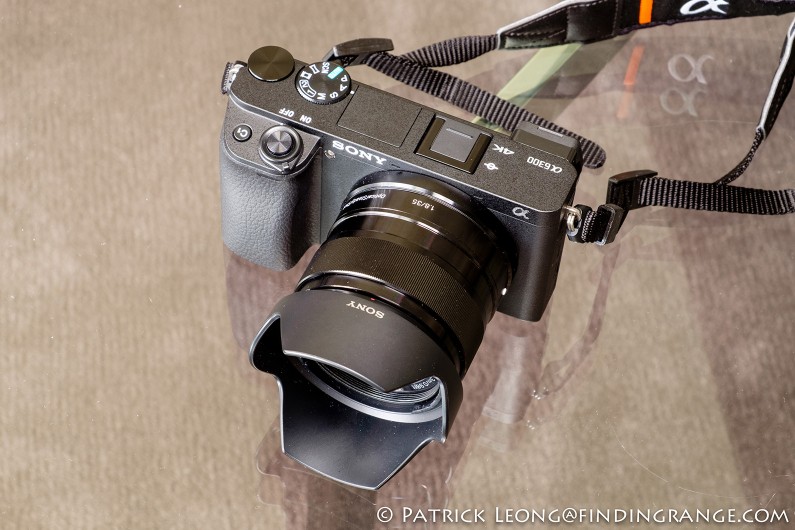 Now, on to the fun part: let’s talk about the image quality.  The image quality from the Sony E 35mm f1.8 OSS lens is actually very decent.  The color rendering is more on the neutral side, the contrast is nice, and distortion is very low.  While there is vignetting at f1.8, it’s nothing out of the ordinary, and it clears up pretty quickly as you stop the lens down.   I saw some purple fringing at f1.8 but that is easily fixable. 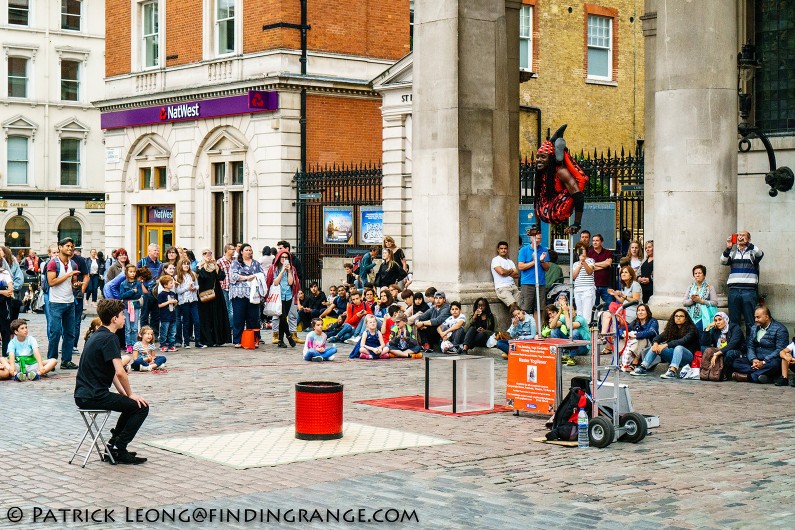 ↑ This was taken in Covent Garden in London at f5.6. 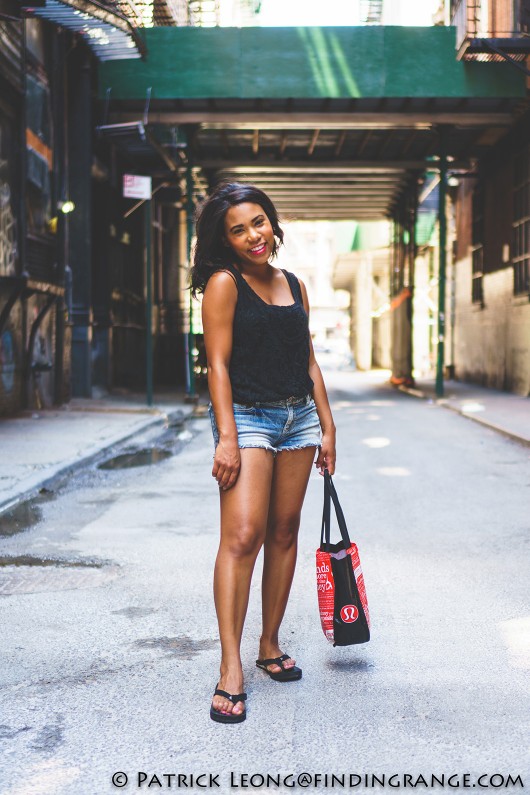 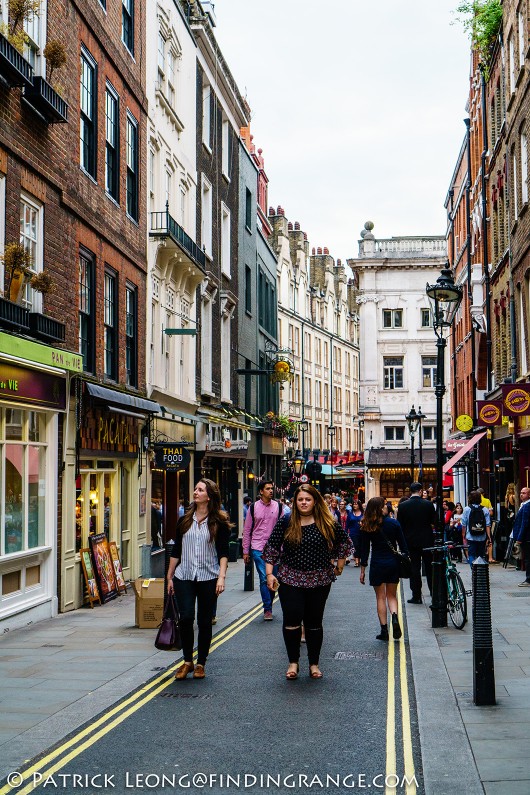 In terms of sharpness, it’s very good overall.  I didn’t find this lens to be a game changer in terms of sharpness but at the same time, it’s sharp enough that it still stays competitive with its competitors, and no one should have any problems.  At f1.8, I found it to be a little soft in the center.  Once you stop the lens down to f2 to f2.8, the overall picture including the corners sharpen up nicely, and once you are around f4 to f5.6, there’s really nothing to complain about anymore.  You’ll get some very sharp images. 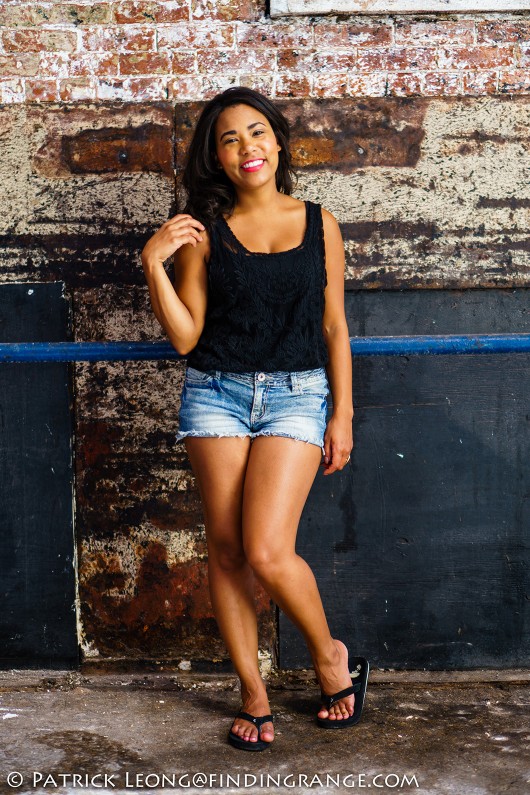 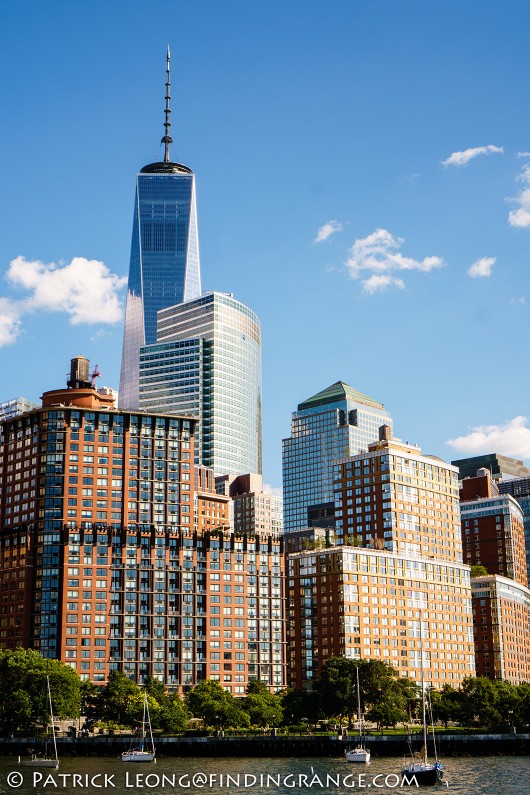 ↑ This was taken at f8 down in Battery Park City. 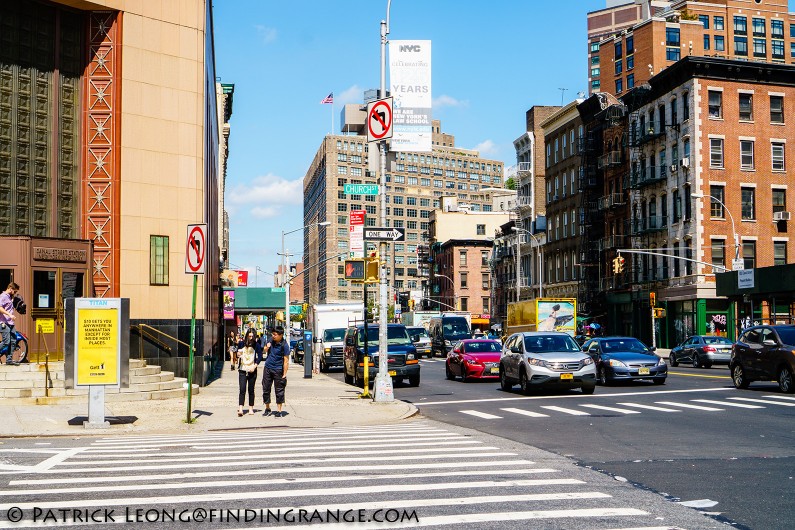 ↑ Here’s another on Canal Street at f8. 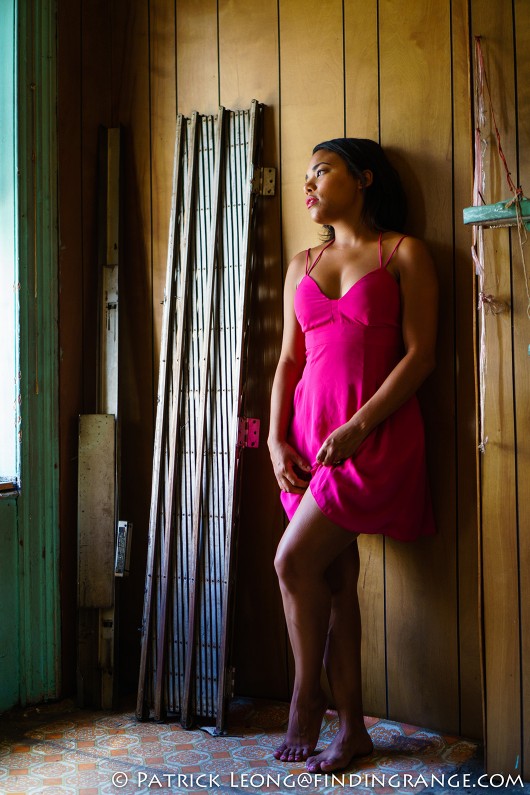 As for obtaining decent shallow depth of field, it can definitely be achieved with this focal length and aperture speed.  Bokeh is all about personal taste but overall, I found it to be actually very smooth and pleasing.  I purposely even took some images with busier backgrounds to see how the lens would react, and I was really happy with my results.  Below are some examples at different distances to give all of you a feel of how the shallow depth of field looks like with this lens. 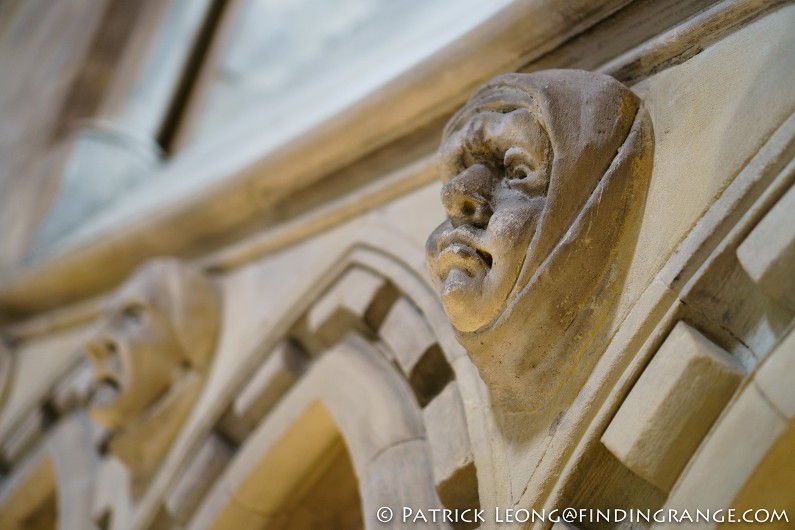 ↑ Here’s an example of the Bokeh taken at f1.8.  This was taken in Temple Church in London. 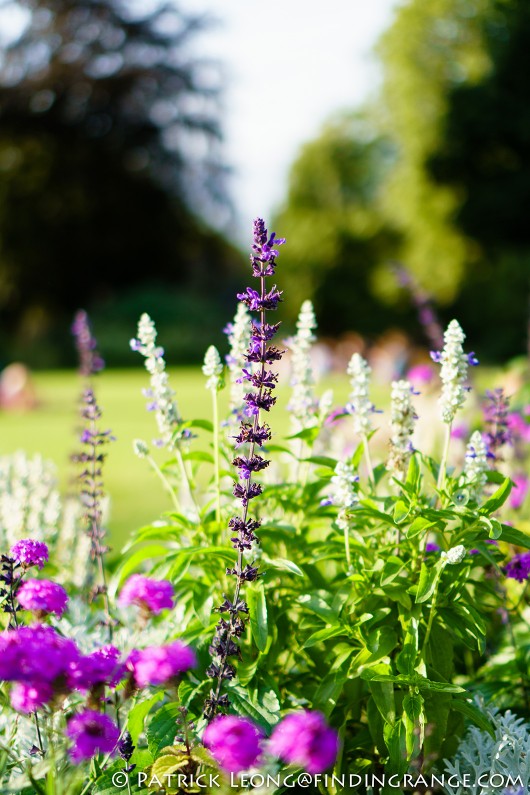 ↑ Here’s another example at f1.8.  I find the bokeh to be very pleasing and smooth. 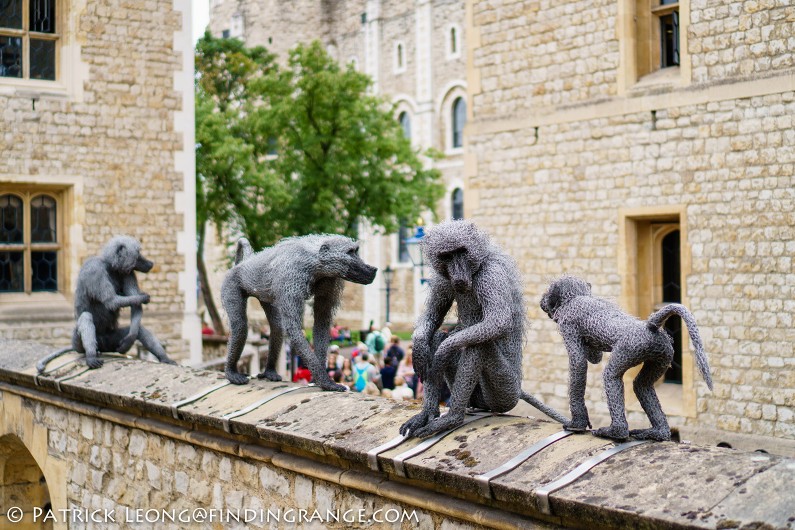 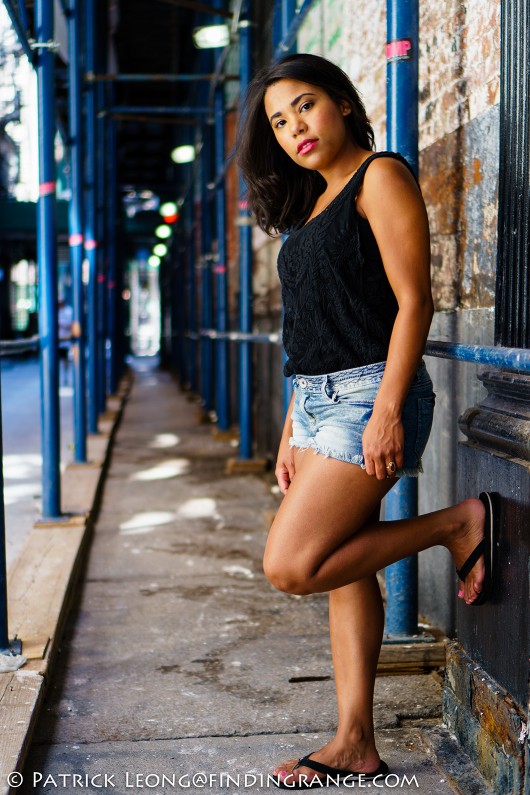 As a whole, the Sony E 35mm f1.8 OSS lens is extremely versatile.  I love the fact that it’s light, compact, and it’s fast not just in the light gathering area but also in terms of autofocus speed.  It also has image stabilization, which comes in handy.  It would’ve been great if the lens was a little sharper at f1.8 but overall, image quality is good enough that no one should have any major issues.  At $448, I think it’s a little expensive but there’s no doubt that the 35mm f1.8 is still a nice little lens.  If you’re looking for a decent 50mm equivalent prime for your Sony mirrorless system that’s more about the total package, the 35mm f1.8 is a great option to consider.

Thanks for taking the time to read my review!  If you’re considering purchasing the 35mm f1.8 OSS lens and my review helped you decide, please help support this site by purchasing from any of the links in this review.  It will not cost you anything extra.  Thank you for your support!