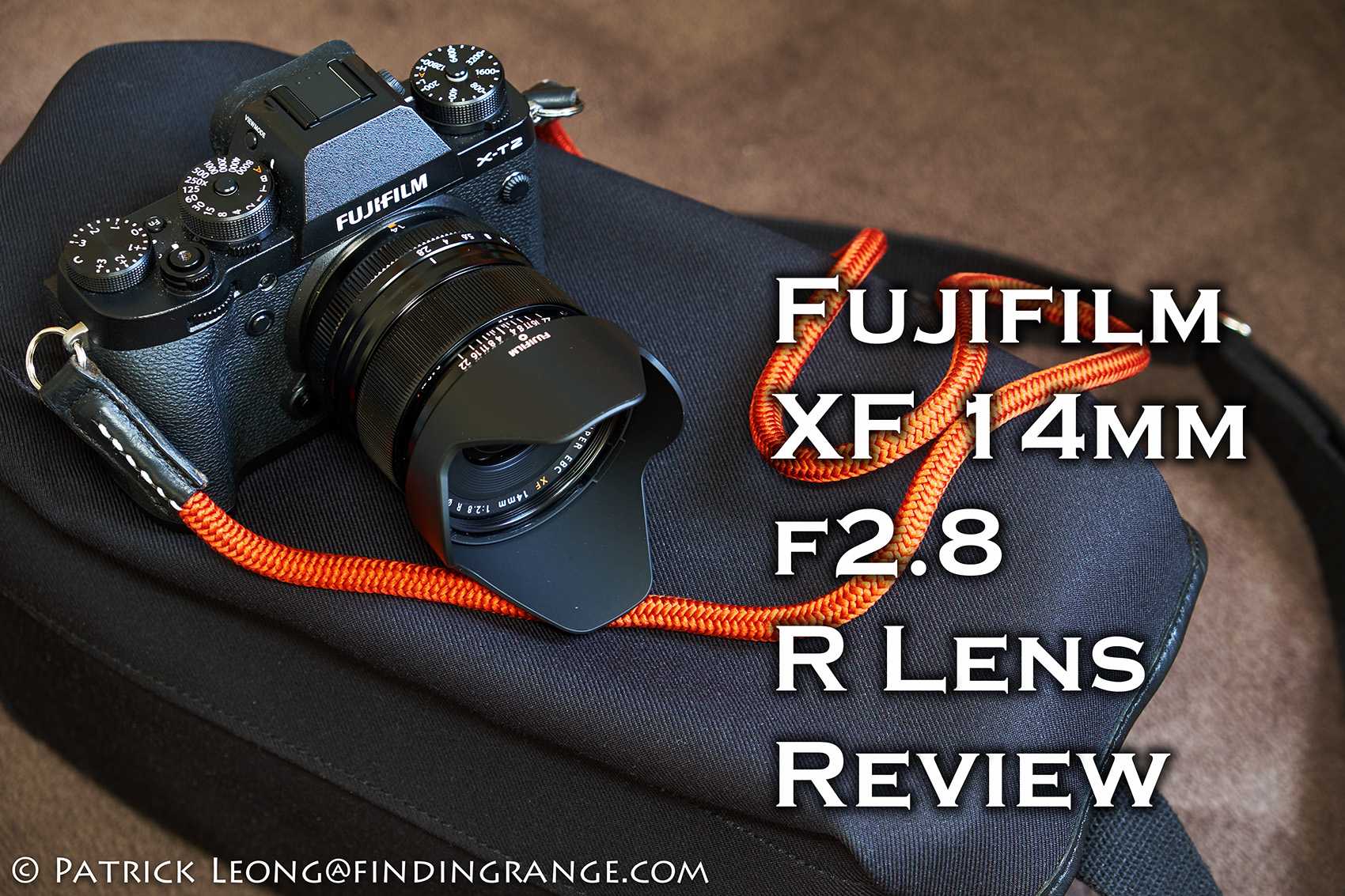 There are actually a lot of great ultra wide angle lenses for the Fuji X Series now.  Companies like Samyang or even Zeiss make great ultra wides in X Mount but so do Fujifilm.  They make the XF 10-24mm lens, which is a fun zoom to use but if you’re thinking about a prime, you’ll have to take a look at the XF 14mm f2.8 R lens, which is the lens that I will be talking about today.  This 21mm equivalent lens has actually been out for quite a while now but I haven’t had a chance to review it until now.  Here are my thoughts on it.

In terms of overall build quality, the XF 14mm f2.8 does not disappoint.  This is a solid lens that shows no signs of inferior workmanship like any loose fittings, creaks or rattles.  The XF 14mm’s exterior is metal along with the mount.  At the same time, the lens isn’t that heavy or large either.  It weighs just 235 g, and it’s actually relatively compact.  The weight and size of the XF 14mm combine to make a lens that feels perfectly balanced on my X-T2.  I own the Zeiss Touit 12mm f2.8, and I love the optics.  I also love the 18mm equivalent focal length but I can definitely appreciate the size of the XF 14mm.  It’s so compact and light that you can shoot it one handed very easily if you wanted to.  In some ways, I think I actually find it better balanced than my XF 35mm f1.4, which is like an everyday lens for me. 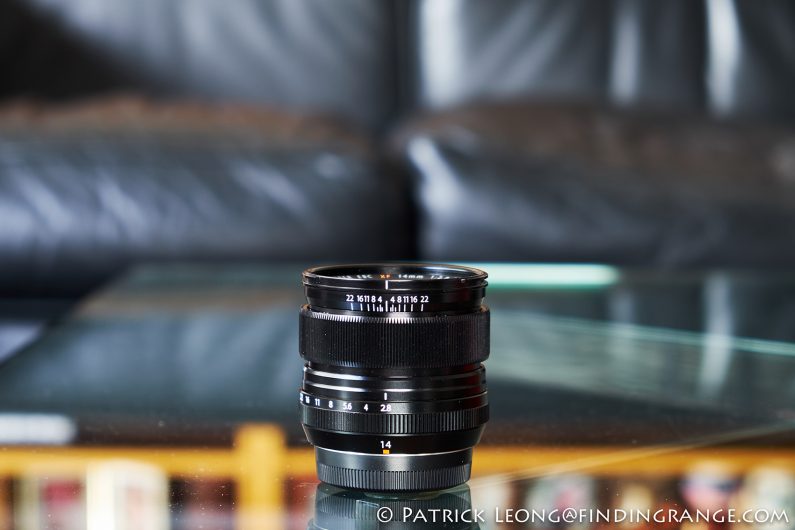 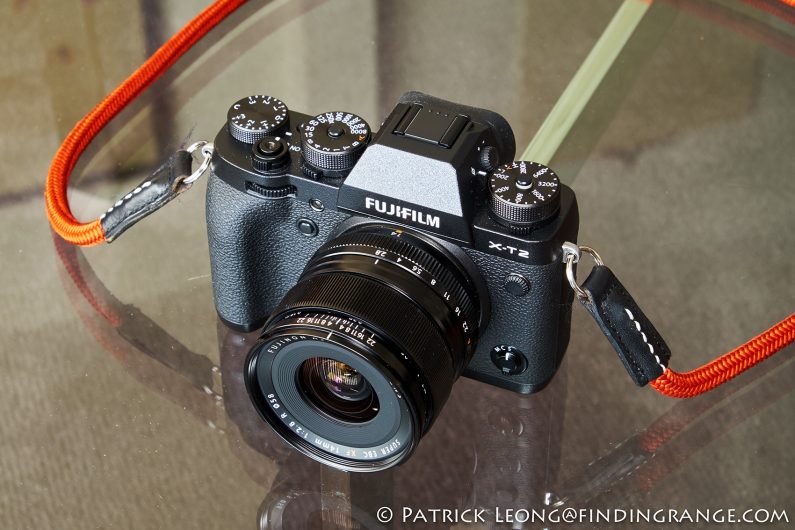 What I also appreciate is the size of the included lens hood.  If you ask me, Fuji did a good job here.  It’s the same lens hood that is found with the XF 18-55mm, and it’s compact making it a nice fit for the XF 14mm f2.8.  It’s also reversible, which will help you save some storage space in your bag, so there’s not much of a reason to leave it at home. 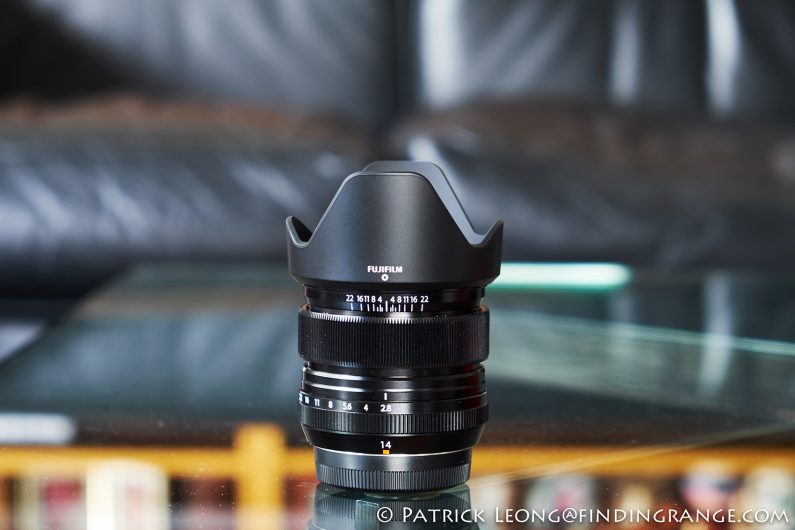 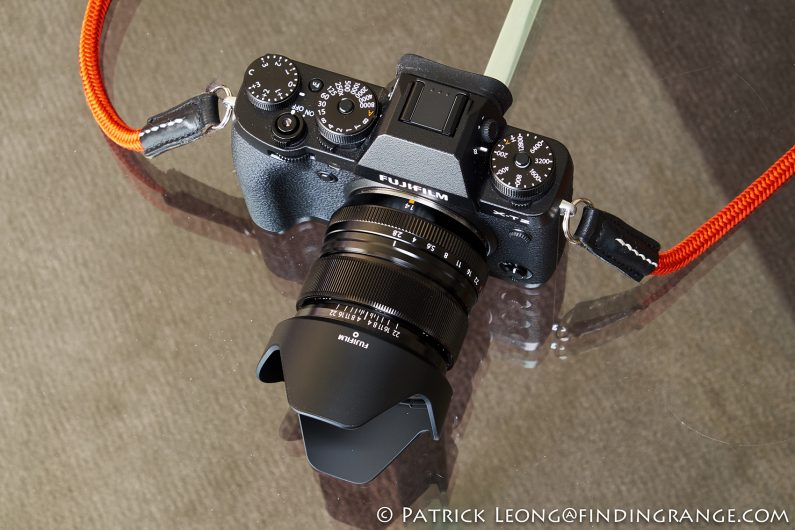 ↑ Even with the lens hood attached, the lens isn’t all that big as you can see here. 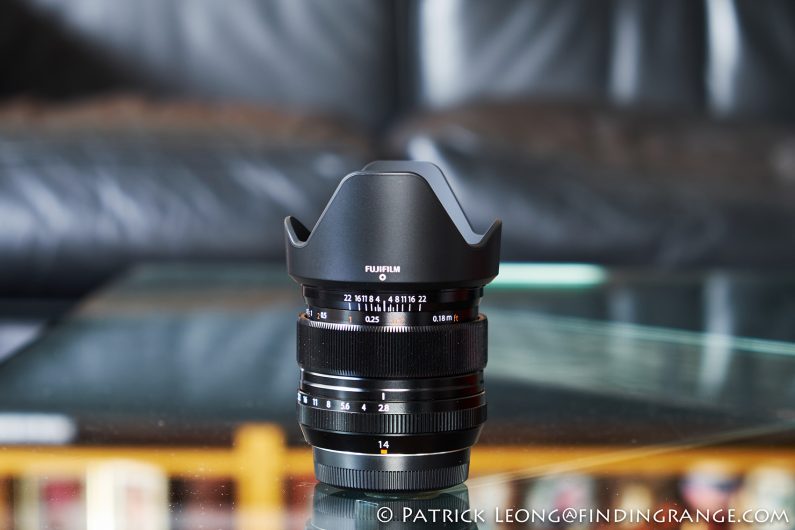 ↑ As you can see in this photo, the lens is set for manual focus.

As for the aperture ring, it’s what you would find on any other XF lens as well, and it clicks in every third stop.  Overall, it does so in a nice, smooth way but it feels a little loose to me.  Because of this, I accidentally changed my settings a couple of times.  I much prefer what I see on lenses like the XF 35mm f2, for example.  The tighter feel on the XF 35mm f2, is just about perfect but then again, it’s a newer generation lens.

In terms of the autofocus, there is really nothing to complain about.  It’s actually quite fast.  It may not be as fast as some of Fuji’s latest offerings like the XF 23mm f2, for example, but I doubt anyone will really notice in a real world setting.  I definitely did not feel hindered by the autofocus in any way.  It’s drama free, and most importantly, I found it to be very accurate.  It’s also worth noting that the XF 14mm f2.8 R lens can focus as close as 18 cm.

Now, let’s talk about the image quality, which is pretty special in my opinion.  The XF 14mm f2.8 R lens has become one of my personal favorites in the Fuji X Series because first off, I love using ultra wides, and not only is the XF 14mm a 21mm equivalent, the image quality is pretty darn special to say the least. 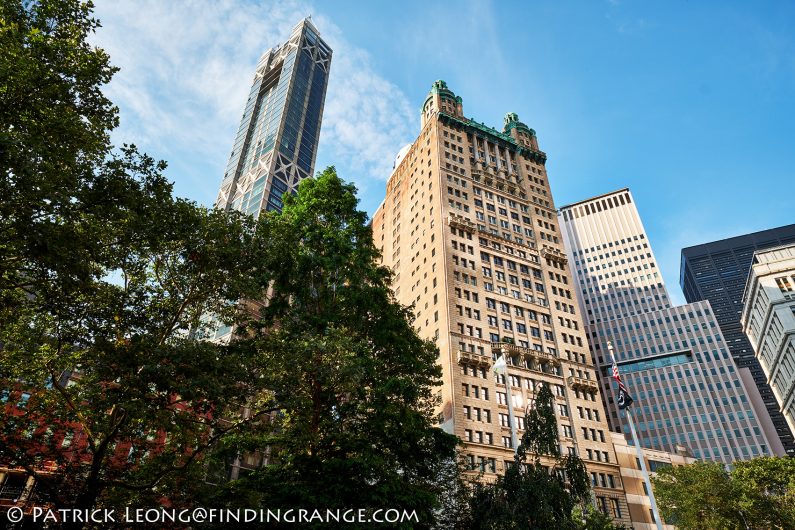 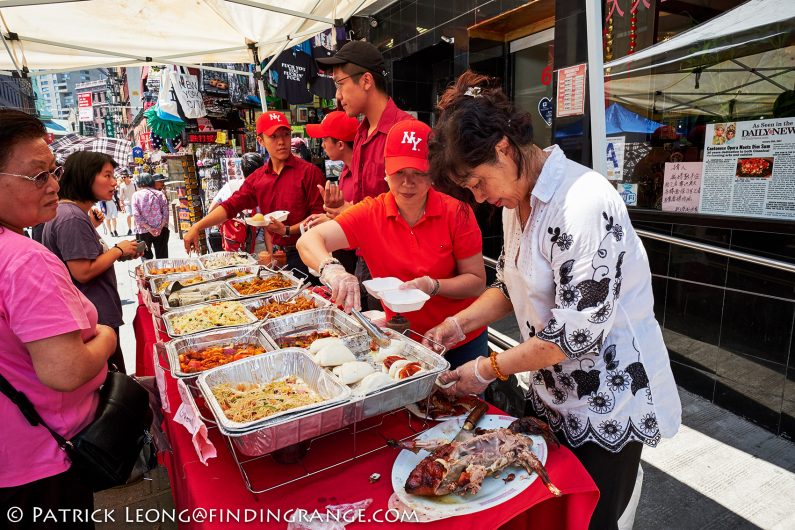 Truthfully, I was kind of floored by the image quality.  I’ve reviewed almost every single Fuji branded X Series lens, and they are all generally great lenses.  Of course, there are a few that are exceptionally special but overall, they are all decent.  You really can’t go wrong.  The XF 14mm however, is one of these special lenses to me.  Everything to me is just right with this lens.  The contrast is nice, and the colors are rendered beautifully.  The clarity is particularly impressive.  Images are so crisp.  The XF 14mm also has practically no distortion, which is pretty remarkable.  In terms of flare, it really isn’t a problem unless you’re intentionally trying to make it flare. 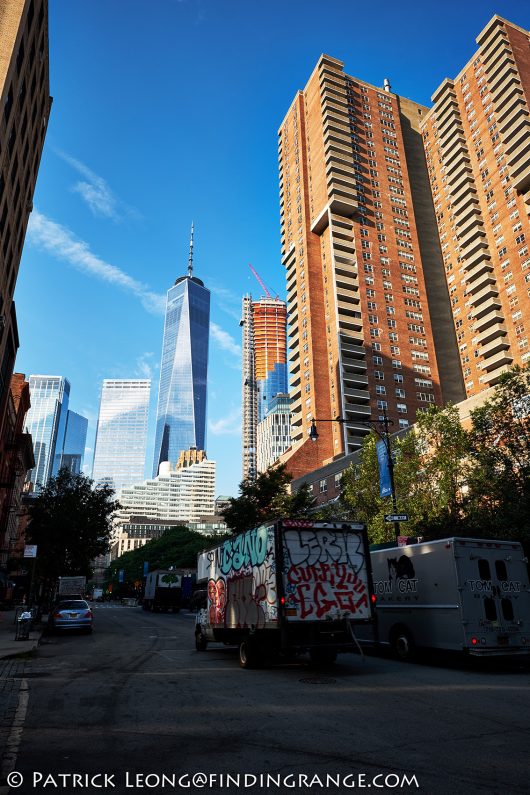 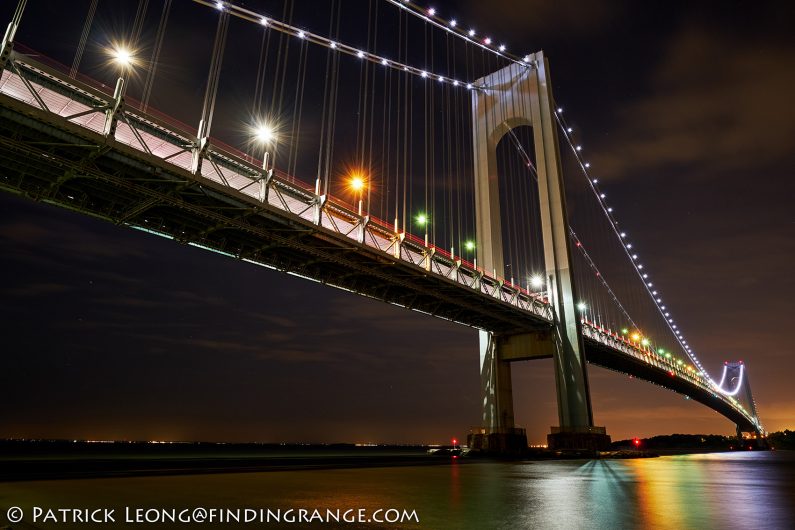 It’s also worth noting that the sharpness is really just incredible. I think this is what I particularly noticed most about the XF 14mm f2.8 R lens.  Even at just f2.8, I found this lens to be sharp throughout most of the frame.  At least with what I saw, you really have to magnify at 100%, and pixel peep just to see that the extreme corners are slightly soft.  Emphasis on slightly.  Stop down to just f4, and practically the whole frame is tack sharp. 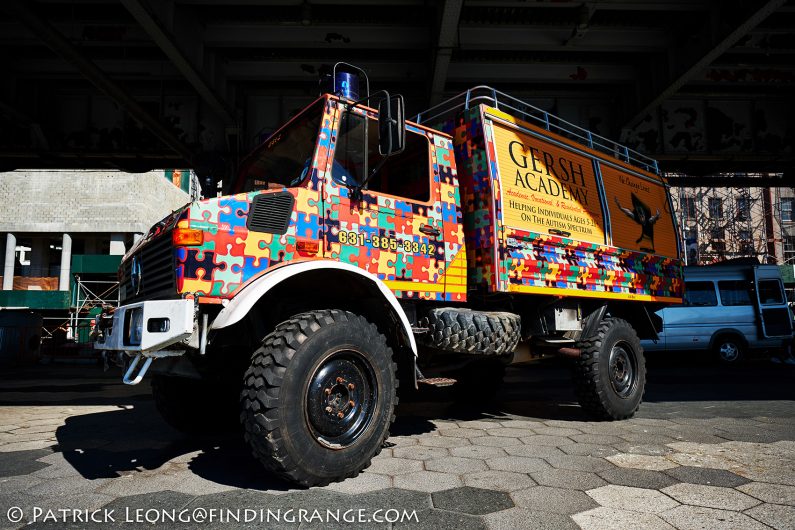 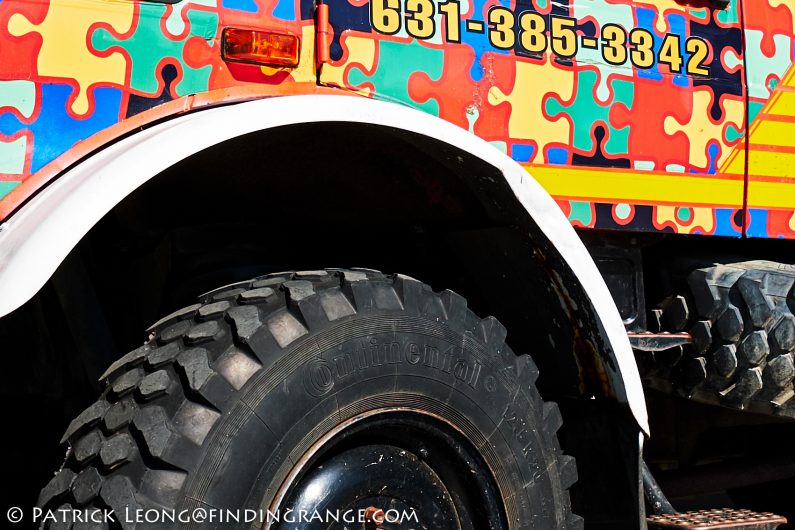 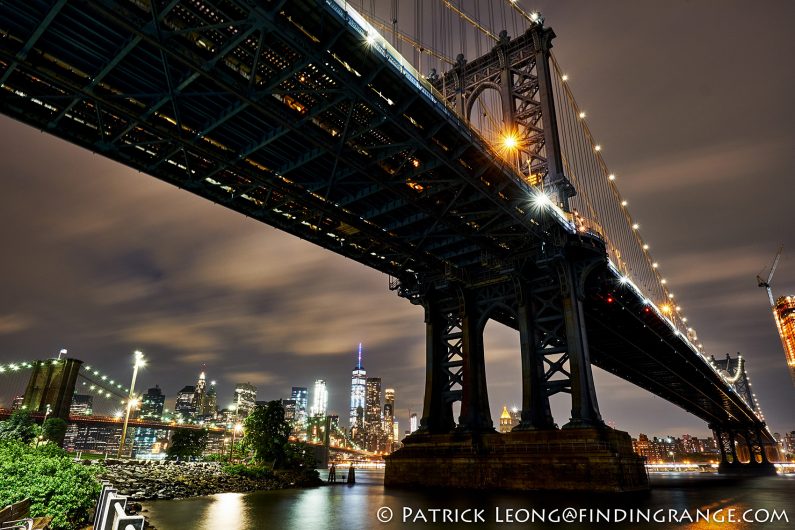 ↑ I love photographing bridges, especially at night.  This was taken at f10, 200 ISO. 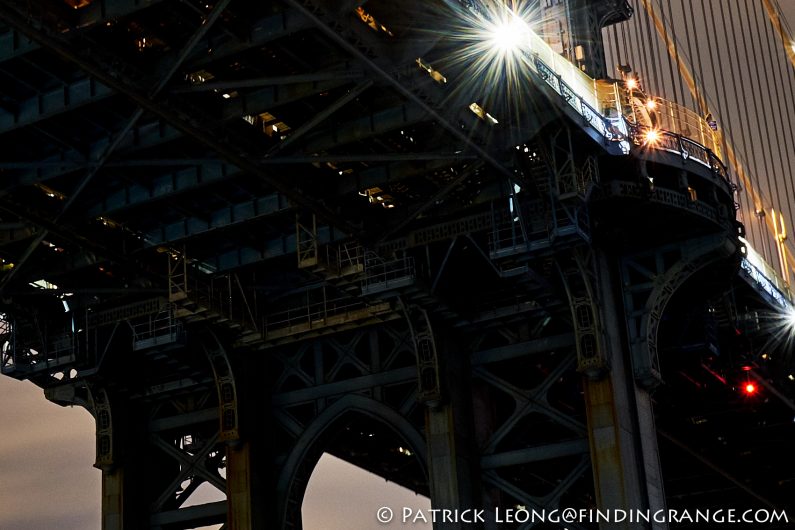 ↑ Here’s a 100% crop of the photo above.  Keep in mind that with such a long exposure, and with the trains periodically running on the bridge, some vibration is caused on the bridge.  With that said, it is still very sharp.

In terms of vignetting, there’s nothing out of the ordinary to complain about here.  There’s some vignetting at f2.8, and if you stop down to f4, it’s practically all gone.  Either way, it’s nothing significant. 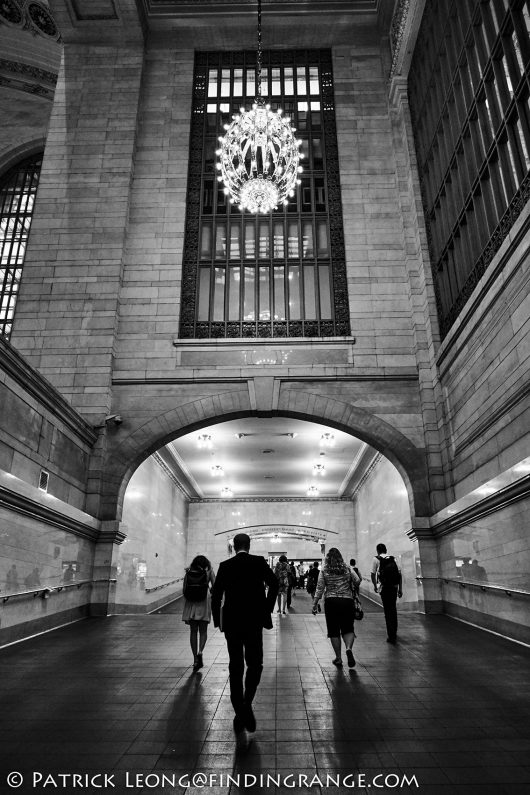 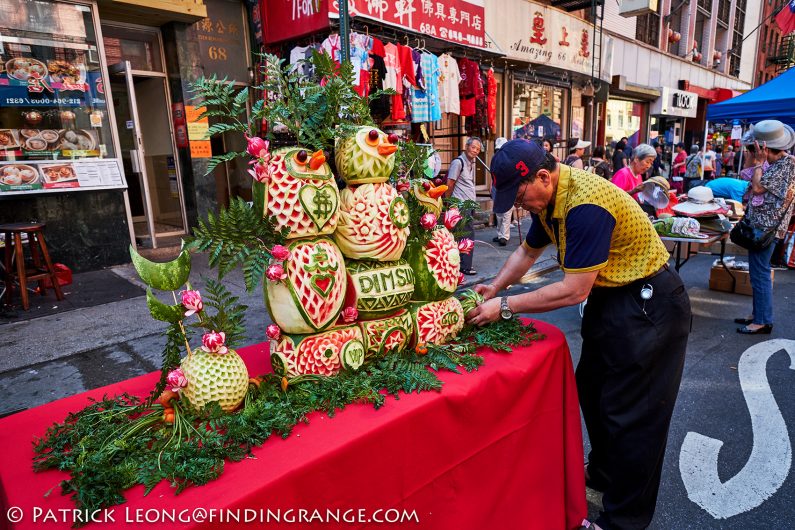 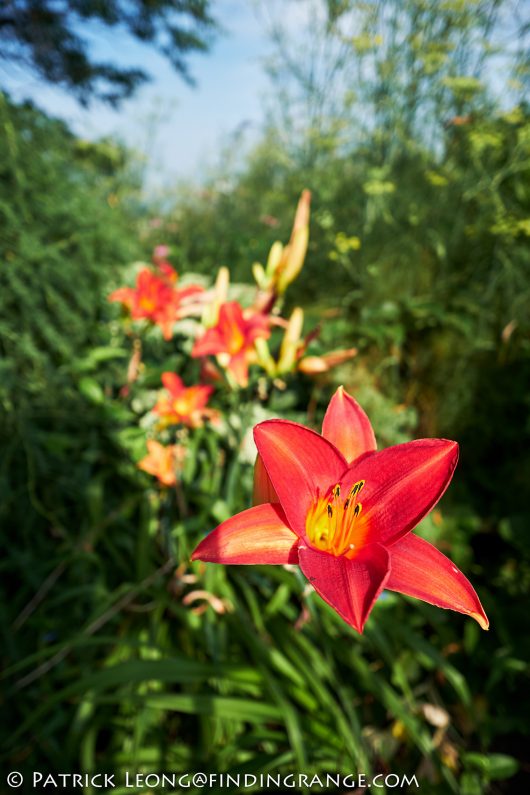 ↑ This was taken at f2.8.  The bokeh is smooth but in order to get a shallow depth of field, I had to get pretty close to the flower.

Overall, this is just really one of the best lenses that you can buy for the Fuji X Series system.  I’m not one that likes to analyze a lens to death.  At the end of the day, it’s the final results that count to me, and this lens just produces extremely stellar results.  You know you have a good lens when all of its features, and strengths combine to just make everything in the picture pop out at you, and come alive.  The XF 14mm f2.8 R lens does this.  I can’t see anyone being unhappy with this lens. 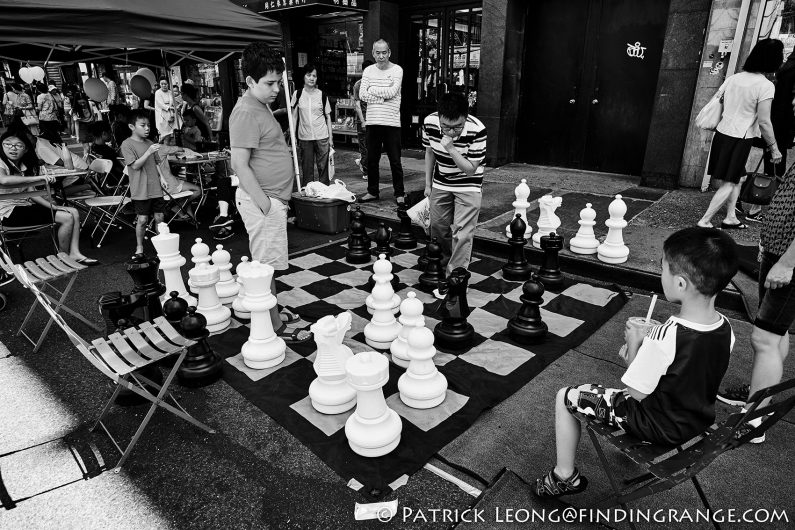 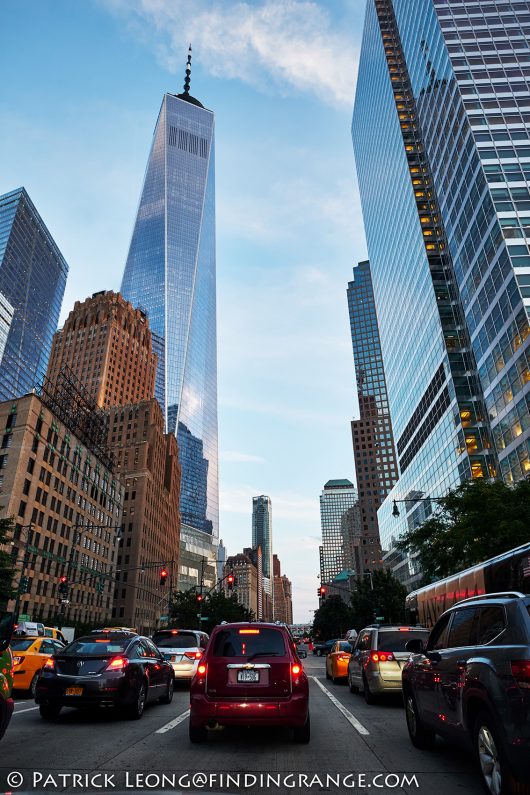 Nowadays, if you’re looking for an ultra wide angle lens for your Fuji X Series camera, there are actually quite a lot to choose from, and the great thing is there’s a wide price range.  The ultra wide angle lenses that I’ve used that are not fisheye, are the Zeiss Touit 12mm f2.8, and the XF 10-24mm.  The Zeiss is a great lens, and it’s one that I ended up buying for myself after I reviewed it.  I use it quite a lot.  In fact, I use it more than my XF 35mm f1.4 (50mm equivalent), and the 50mm is suppose to be my favorite focal length :).  The optics are stellar but my biggest reason for why I bought it was that I wanted an 18mm equivalent lens.  As for the 10-24mm, that’s another excellent lens that I reviewed a while back.  It’s super versatile, and with it’s 10mm focal length, it’s quite a fun lens to use. 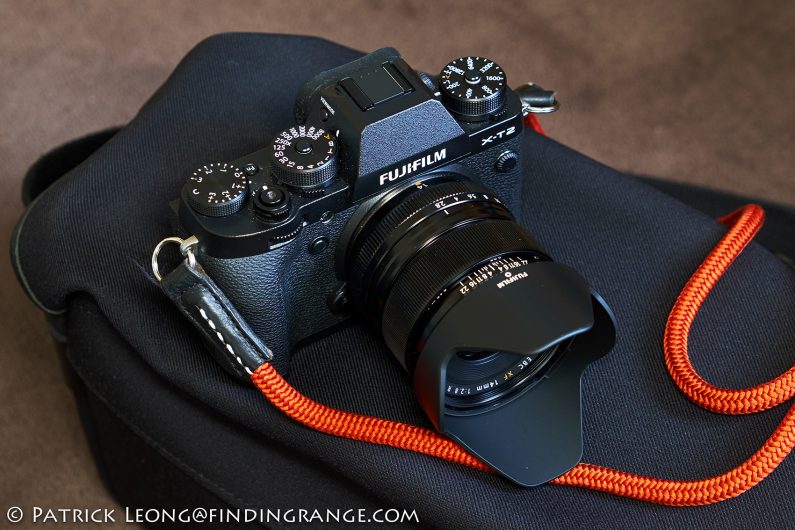 But if you’re looking for a lens that isn’t quite as wide as the Zeiss, and also isn’t nearly as large as the XF 10-24mm, the XF 14mm f2.8 R lens is a fantastic choice.  The only real downside that I can see is that at $899, it’s expensive.  I know, it’s not an easy pill to swallow, and there are cheaper alternatives, especially for those who may not use a wide angle much but want one in their collection for the occasional instances where only a wide angle lens will do.  After using it however, I can see why it’s so expensive.  In my opinion, this is really one of the best lenses in the X Series System.  The size and weight are just about perfect, so it’s easy to bring anywhere.  It’s well-built, so it can handle constant use.  The autofocus is also quick.  Best of all, the optics are truly something special.  In my opinion, this is really one of the nicest lenses to own in the X Series System.

Thanks for taking the time to read my review!  If you’re considering purchasing the XF 14mm f2.8, and my review helped you decide, please help support this site by purchasing from any of the links in this review.  It will not cost you anything extra.  Thank you for your support!