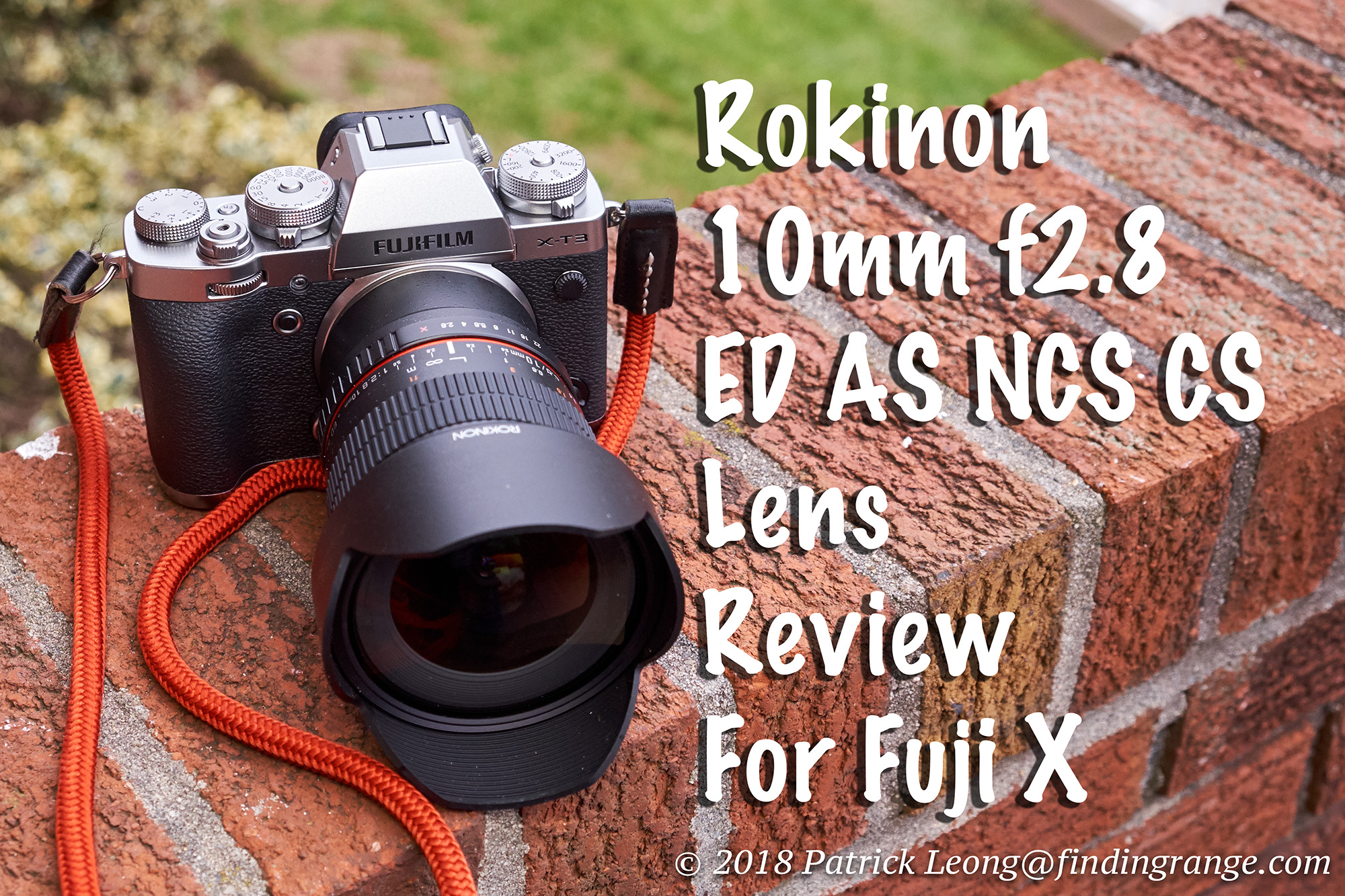 If you’re looking for a wide angle lens, there are tons to choose from nowadays.  You can stick to more “common” wide angle focal lengths like a 24mm or 21mm.  You could even go a little wider with an 18mm.  But if those just aren’t wide enough, there are more extreme ones like the Rokinon 10mm f2.8 ED AS NCS CS lens, which is what I’m going to talk about today.  On a cropped APS-C sensor, such as, the one in my X-T3, which is what I used to review this lens, you’re getting a 15mm equivalent, and a 109.5 angle of view.  Let’s take a closer look.

I usually like to start off a review by talking about the overall build quality, and in terms of that, I found the Rokinon 10mm f2.8 to be built very well.  It also feels very solid.  I was quite impressed actually when I first pulled it out of the box.  It definitely feels better made than the previous Rokinon lens that I reviewed, the 8mm f2.8 Fish Eye (I love this lens btw).  The Rokinon 10mm f2.8 ED AS NCS CS is a larger lens, and can be a little front heavy depending on the camera but these characteristics aren’t out of the ordinary when you consider its focal length, and relatively large wide open aperture.  Overall, for what this lens is, it does balance nicely with the X-T3, and it’s not too heavy, so it’s something you can definitely carry around all day.  It also comes in several different mounts besides the Fuji one.  These are: Canon, Nikon, Sony E-mount, Micro Four Thirds, Canon EF-M, Samsung NX mount, and Pentax K mount. 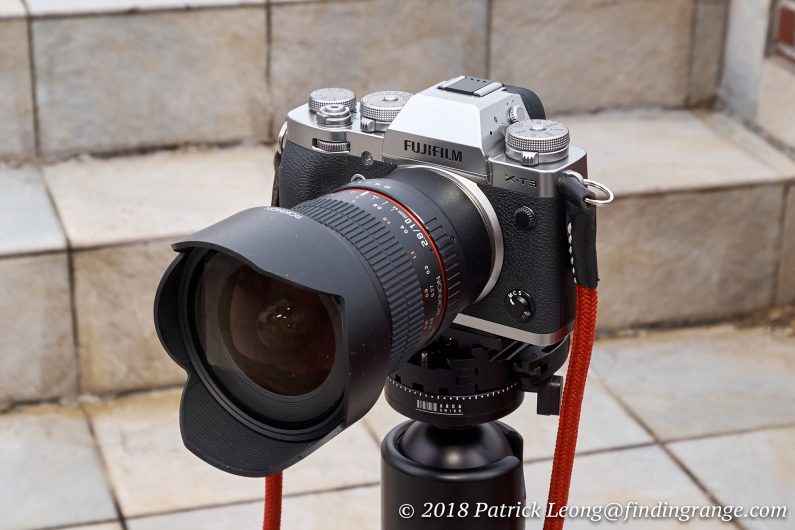 The Rokinon 10mm f2.8 does come with a focus ring and aperture ring as well.  The focus ring is nice and smooth, so it’s great to use.  There’s no stiffness or anything like that.  However, it’s not like you really use it much because the depth of field is so wide with this lens that if you pick the right aperture setting, pretty much everything is in focus.  As for the aperture ring, it clicks solidly as you rotate it, and it stays securely in your chosen setting. 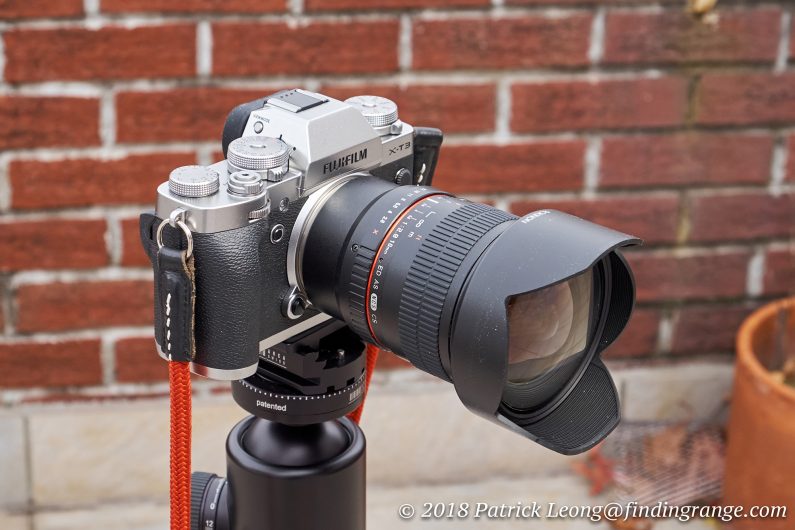 ↑ It’s definitely a larger lens for the X Series but it still balances nicely.

Lastly, there’s a lens hood, which is huge but it needs to be given this is a 10mm lens.  Plus, the lens hood helps protect the front element.  The lens cap is pretty large too because it actually fits right over the entire lens hood. 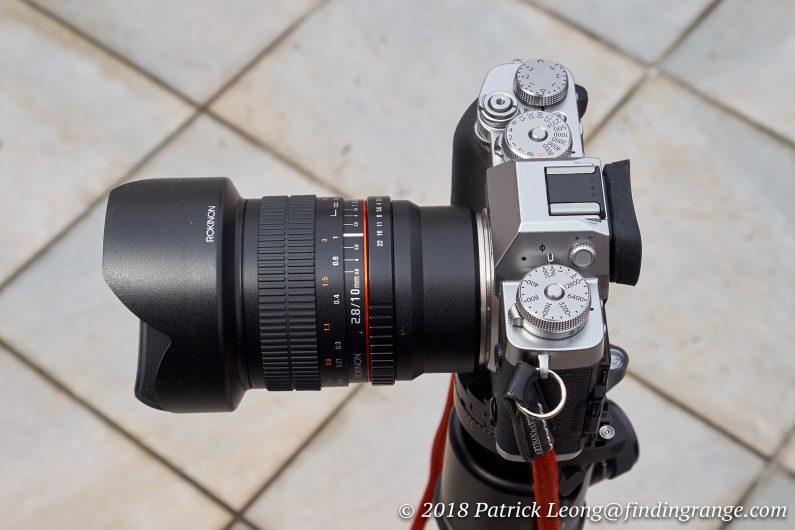 Personally, I love using ultra wides because in addition to getting images in completely different perspectives than I would normally get with say a 35mm lens, I like that I don’t have to be overly concerned with focusing (especially since in this case, it’s a manual lens).  Because of the wide depth of field, I don’t necessarily need critical focusing, especially when I stop the lens down a bit, which is the way that I usually shoot any lens that is a 35mm or wider.  While the Rokinon 10mm f2.8 ED AS NCS CS is manual focus, most of the time, I had this lens set at f5.6 to f8, and all I had to do was point and click.

Even when I did have to focus more precisely, I was definitely not as critical as when I was using say an ultra fast tele like the Samyang 85mm f1.4, which I wrote a review for recently.  With the 85mm, even a slight shift in my body or the subject’s could potentially affect the focusing.  So, I didn’t find focusing that difficult with the Rokinon 10mm f2.8.  The X-T3 is also a huge help because if I did have to do more critical focusing, I could rely on the dual display mode, which means that there’s a large full-frame window to see the entire scene, and a smaller one for a magnified look of the focus area displayed together in the EVF.  With focus peaking, I found focusing to be pretty easy and quick.

Now, let’s talk about image quality.  I’ve been really happy with the image quality of all the Rokinon lenses that I’ve used so far, and this one is no different.  First off, you don’t feel like you’re just shooting with another third party budget lens; the color rendering and contrast are really nice.  There is some barrel distortion though.  Flare for the most part is pretty well-controlled although I did have some instances where it did occur.  Still, to me, nothing here is a deal breaker. 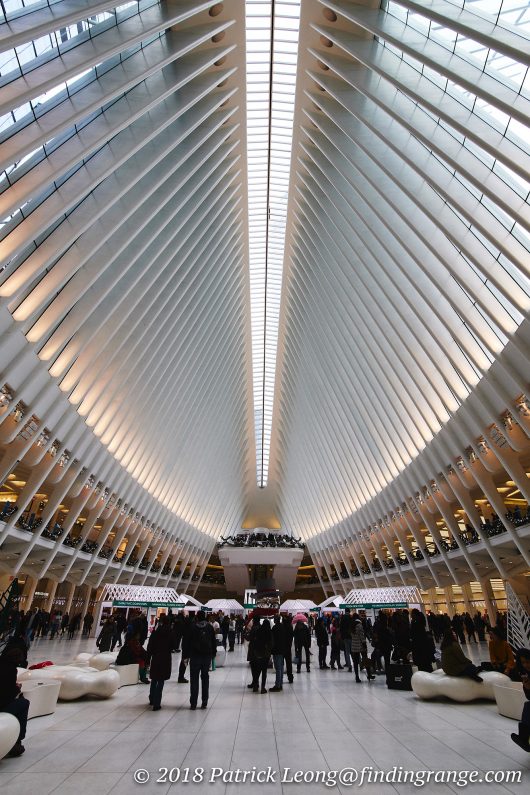 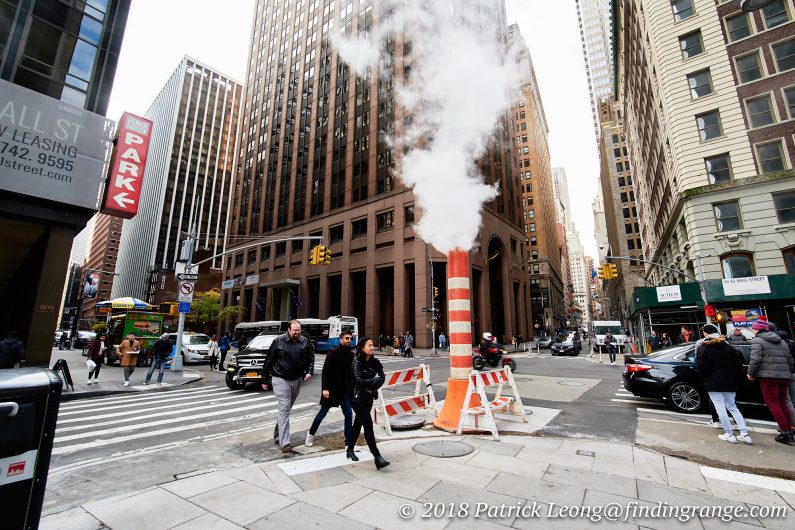 ↑ It took me some time to get use to just wide this lens is; it captures everything. 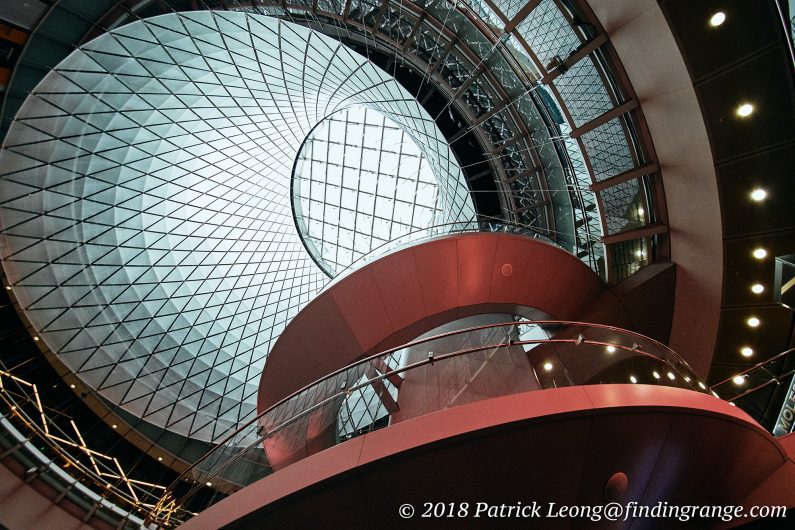 ↑ This was taken in the Fulton Street Transit Center at 3200 ISO. 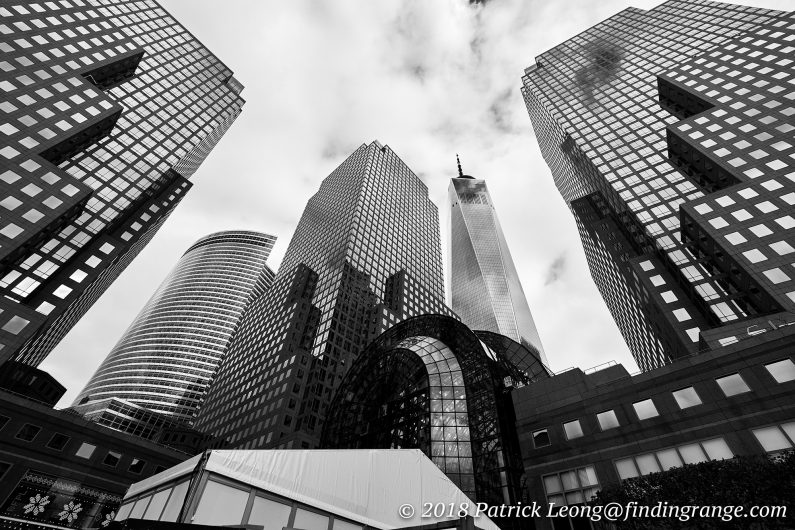 The Rokinon 10mm f2.8 ED AS NCS CS does have a wide open aperture of f2.8, which means you can use this for situations where the light just isn’t as good.  But while sharpness is very good in the center at f2.8, it does suffer a little at the edges and corners.  But I don’t have any real complaints here.  Keep in mind that we’re dealing with a decently fast, ultra wide angle lens that’s priced very competitively.  Also, stopping down the lens does help.  It also helps sharpen up the center even more.  By f5.6, you’re getting pretty close to near perfect for this lens, and I would say optimum sharpness can be achieved around f8.  As for vignetting, there is some at f2.8, which is nothing out of the ordinary.  Nearly all of it is gone by f5.6.  Again, like sharpness, I would say f8 is the sweet spot here. 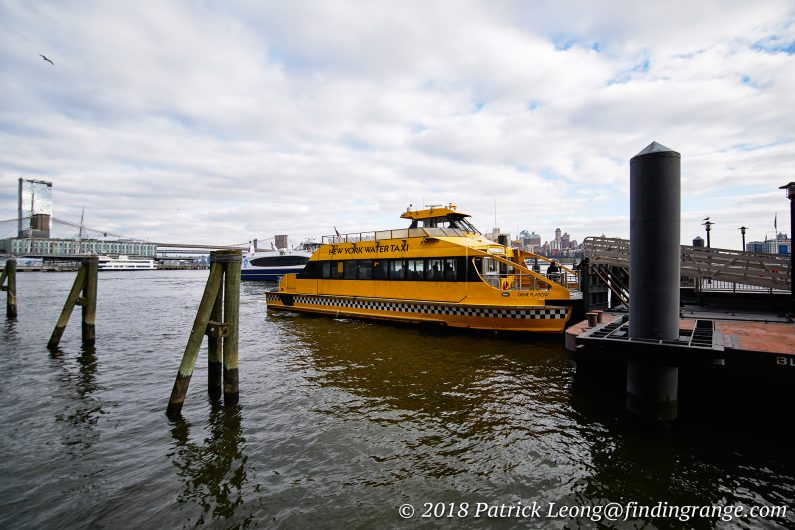 ↑ This was taken at f2.8.  Center sharpness is still very good but you lose a little detail in the edges and corners. 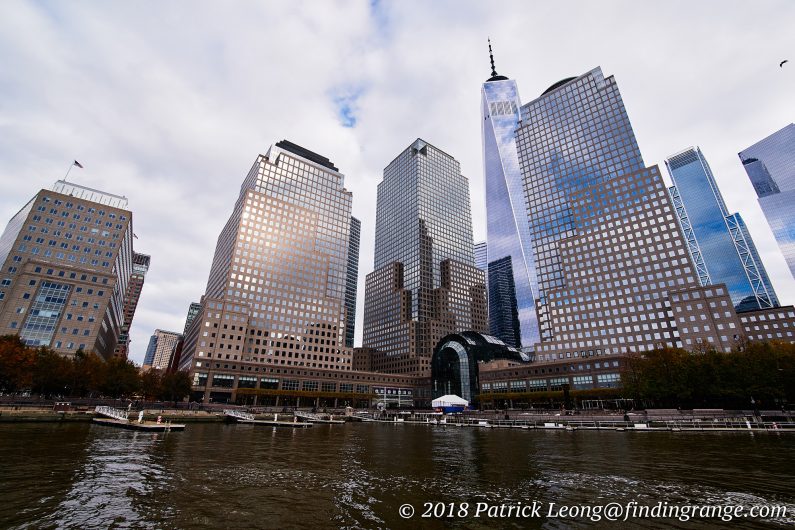 ↑ When you stop this lens down, it is very sharp across the frame. 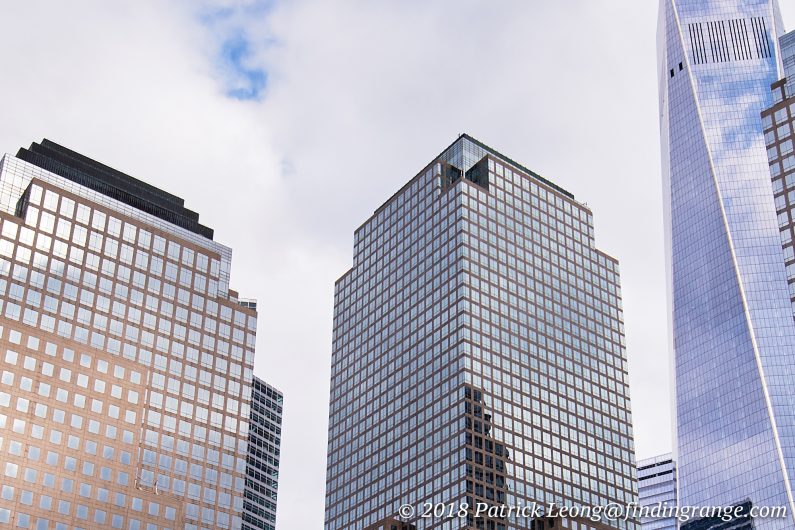 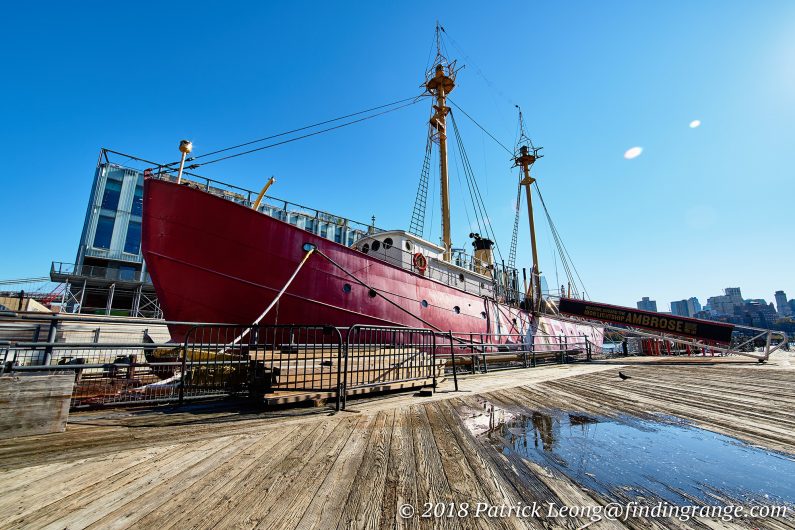 ↑ I’ve had the occasional flare but nothing really major. 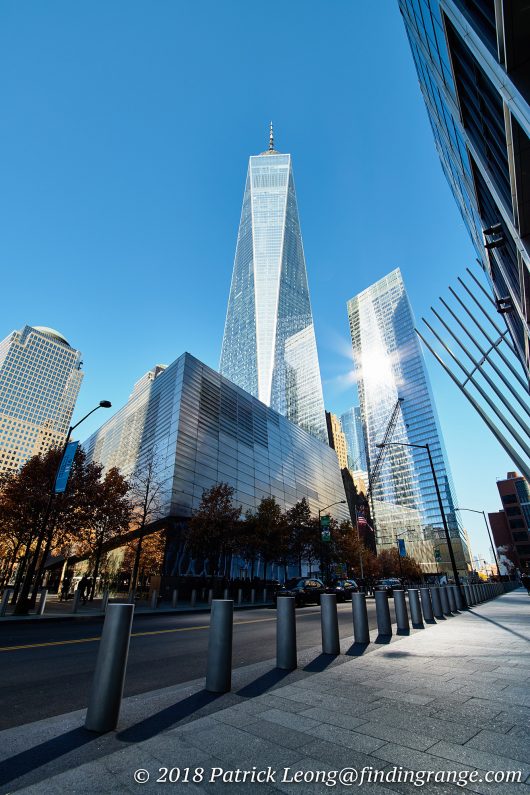 ↑ Here’s another shot of the WTC. 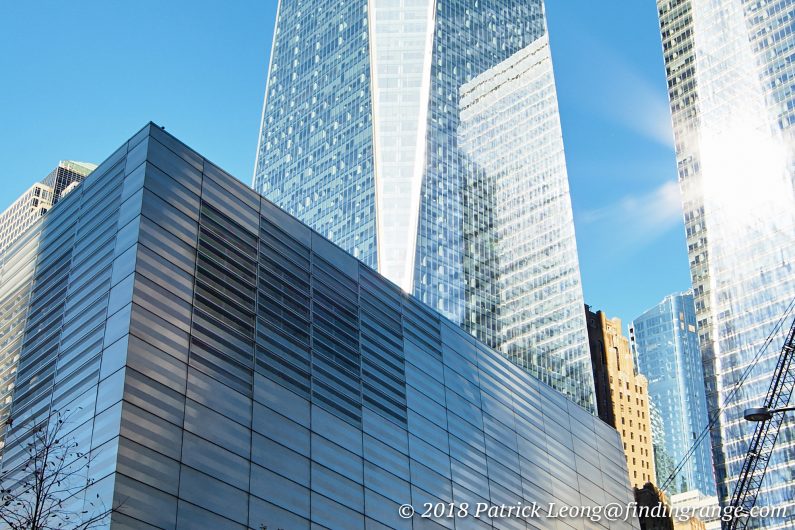 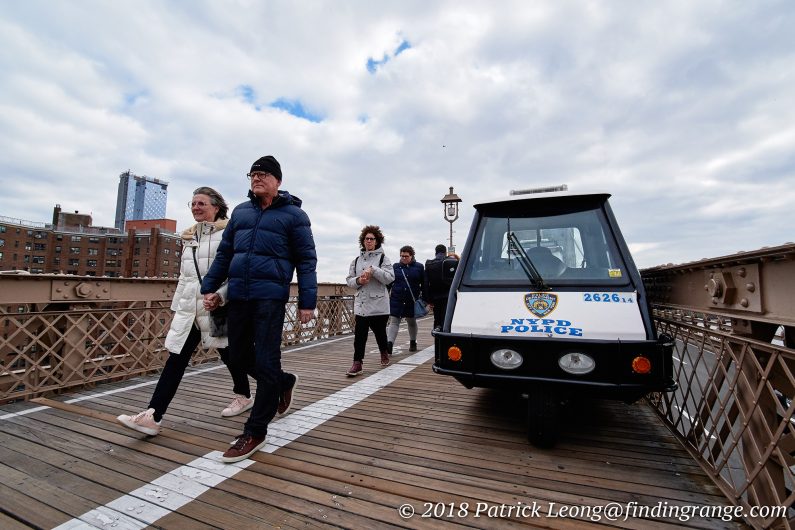 ↑ Here’s one taken on the Brooklyn Bridge.

Overall, the Rokinon 10mm f2.8 ED AS NCS CS will produce some stellar results.  Stopping down a bit does produces optically better images, and chances are a lot of people are going to stop this lens down anyway, since it’s an ultra wide angle.  As you can see in the photos, I haven’t even attempted to get any real shallow depth of field shots because it’s just not that type of lens.  I would imagine that a lot of users plan to shoot architectural and landscape photos with the Rokinon 10mm f2.8, which is why I imagine a lot of people would be shooting this lens at smaller aperture settings. 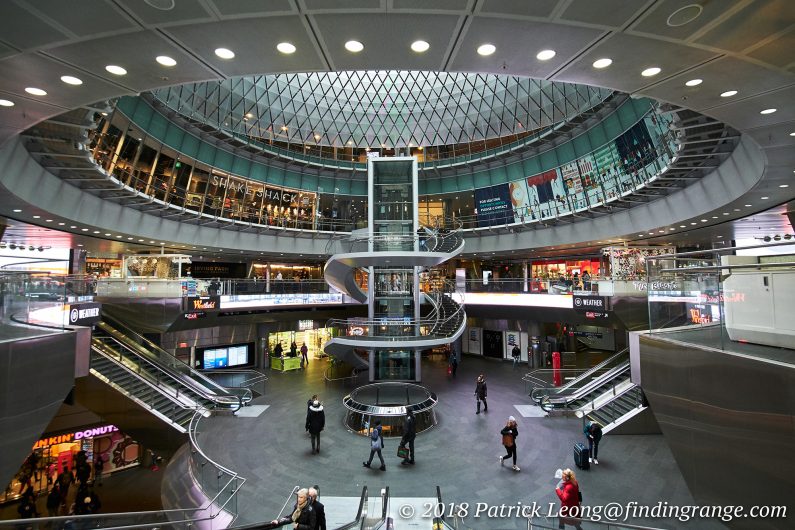 ↑ Here’s another shot taken in the Fulton Street Transit Center. 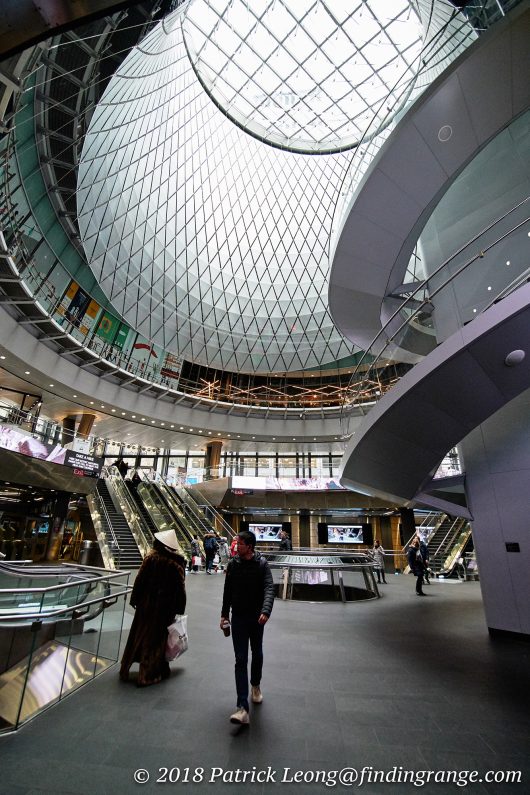 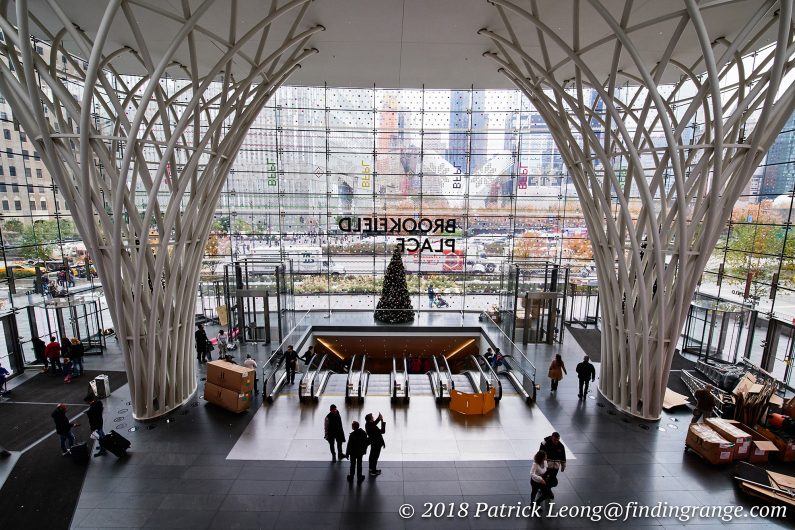 ↑ This was taken at the Brookfield Place. 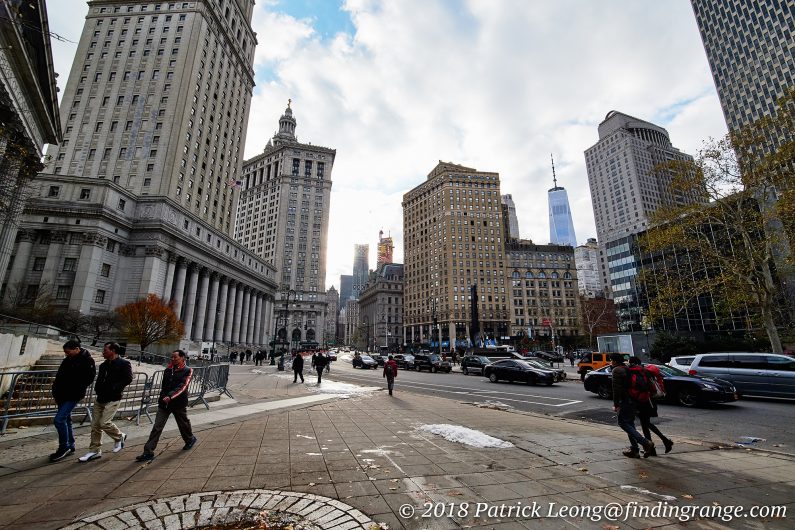 ↑ This was actually my last shot with this lens before I had to return it.

Bottom line is, if you’ve been looking for an ultra wide angle lens, I highly recommend you take a closer look at the Rokinon 10mm f2.8 ED AS NCS CS.  It’s well-made, produces excellent results, and at $529 (currently $200 off at B&H Photo as well), it won’t break the bank.  It’s decently priced for what your getting here, which is a relatively fast, ultra wide angle lens.  While I did find it a little difficult to get used to such an wide focal length at first (obviously no fault of the lens), once I did get the hang of it, I had a ton of fun with it because it made me look at things in totally new perspectives.  I found it to be actually a big difference from my 18mm.  So, I definitely recommend the Rokinon 10mm f2.8.

Thanks for taking the time to read my review!  If you’re considering purchasing the Rokinon 10mm f2.8, and my review helped you decide, please help support this site by purchasing from any of the links in this review.  It will not cost you anything extra.  Thank you for your support!