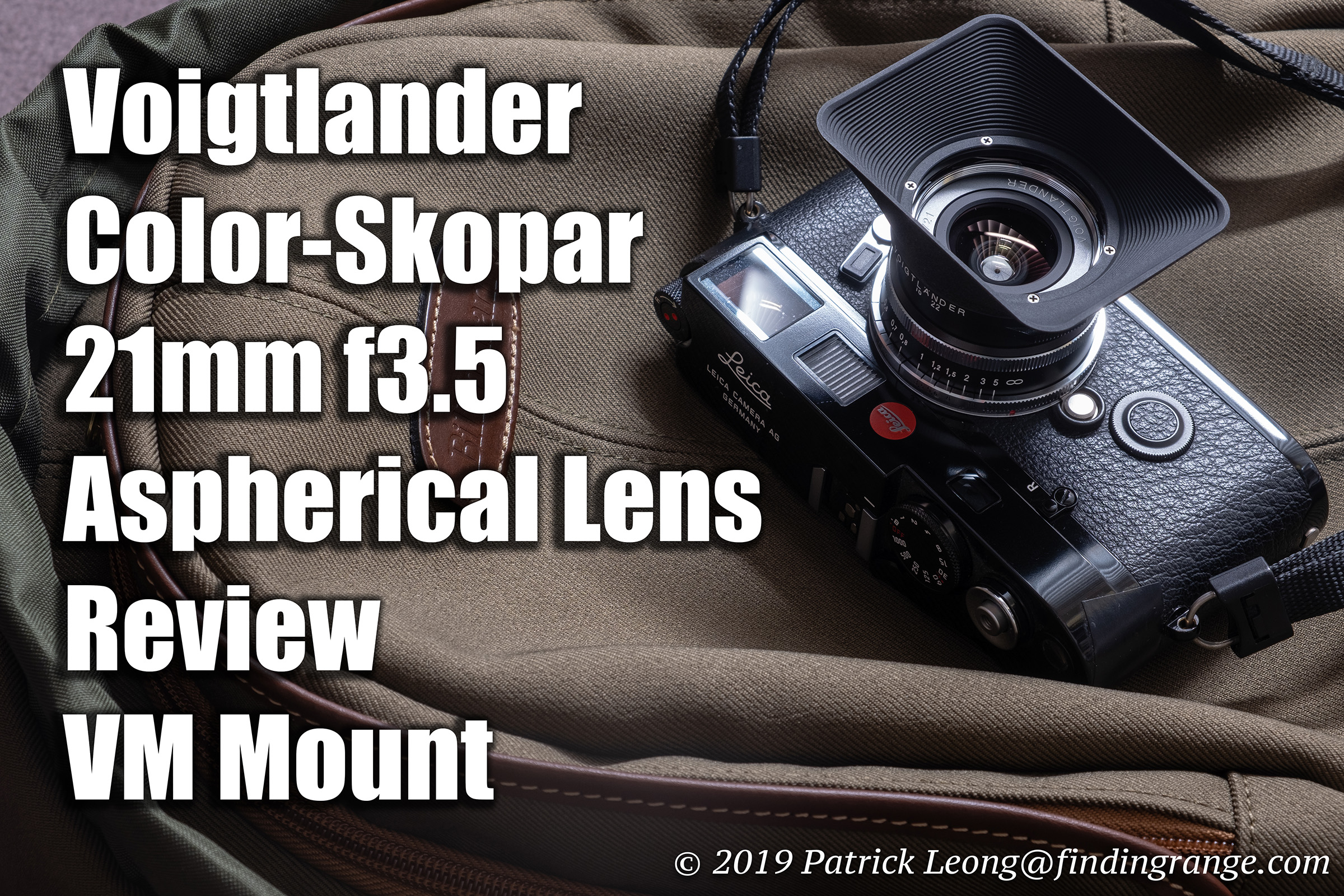 Voigtlander has been releasing some really great lenses for M mount recently, and one such lens is the Color-Skopar 21mm f3.5 Aspherical.  It’s an absolutely beautiful lens, and while the list price of $799 may seem like a lot, think about it this way :): the Leica equivalent, which is the Super-Elmar-M 21mm f3.4 ASPH, costs $2995.  Now, the Leica 21mm is an amazing lens.  There’s no doubt about that but Voigtlander lenses are also seriously getting better and better.  They offer a huge bang for the buck.  I reviewed the new Nokton 75mm f1.5 Aspherical lens a few weeks ago, and I still can’t stop thinking about it.  It’s also worth mentioning that these lenses by Voigtlander don’t just give us a lot for the money, they actually offer us somewhat of a different look sometimes.  The 75mm f1.5 I just mentioned, really has its own charms (review here), so I wouldn’t even consider them as just cheaper alternatives to Leica lenses.  Anyway, let’s get started with the Color-Skopar 21mm f3.5 Aspherical.

I have to say, some of these new lenses from Voigtlander are simply stunners when it comes to design and ergonomics.  Just look at the photos, and you’ll see what I mean.  The Color-Skopar 21mm f3.5 Aspherical is absolutely beautiful.  It’s impressively vintage.  Every little detail is accounted for.  All markings are engraved including a depth of field scale although I will admit that while walking around, I did find it sometimes difficult to read it.  The markings are small.  There’s even a small lever on the bottom for moving the focus ring.  Honestly, I wanted to buy the lens the moment I took it out of the box :). 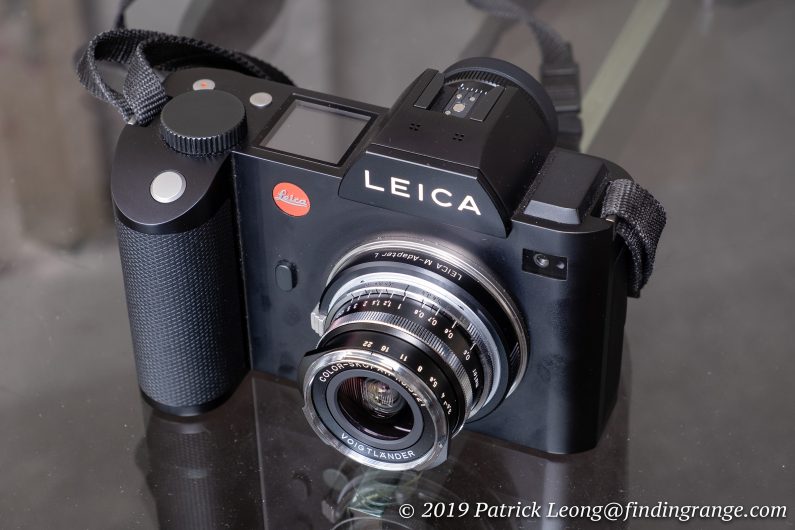 ↑ The Color-Skopar 21mm f3.5 Aspherical attached to the Leica SL.

I’m also happy to say that it’s not just its beauty that makes this lens so impressive; the build is every bit as good as its looks.  The lens is made of metal, and together with its appearance, the Color-Skopar 21mm f3.5 Aspherical really does feel like a lens from the golden era of rangefinders.  It weighs just 180 g, which is nothing but because it’s so compact, it has a nice heft to it, which is something usually associated with a quality product.  It feels dense.  What I’m getting at is it’s not just a lens that looks the part of a vintage product; it has the same feel as well. 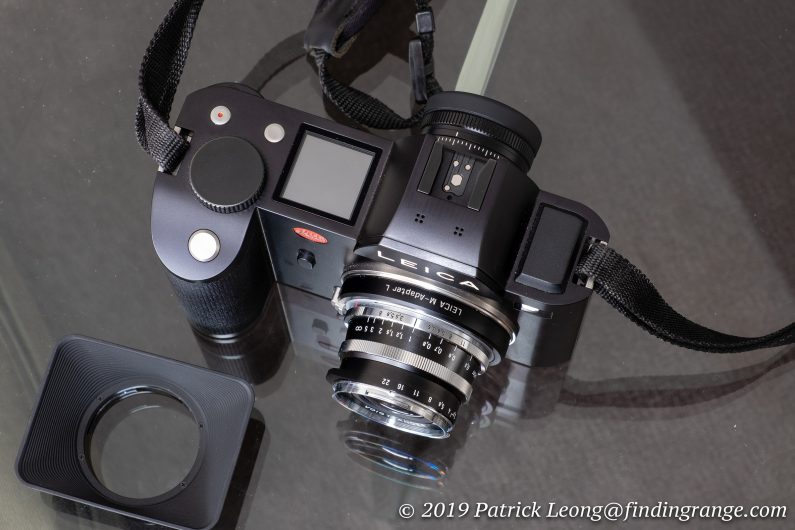 ↑ Top view of the Leica SL with the Color-Skopar 21mm f3.5 Aspherical lens.

In addition, operating the lens is a pure pleasure.  The focus ring is ultra smooth.  In fact, it’s one of the smoothest I’ve used in quite a while, and the aperture ring also clicks satisfyingly as you rotate it.  Everything here feels ultra high end, and truthfully, it gives the feeling of a lens that should cost more than its $799 asking price.  This is truly a quality product here.  There is seriously not a single thing I don’t like about the Color-Skopar 21mm f3.5’s build quality except maybe the lens cap although that’s not really part of the lens.  I think they could’ve done a little better than just a cheap plastic cap but it’s not a huge issue. 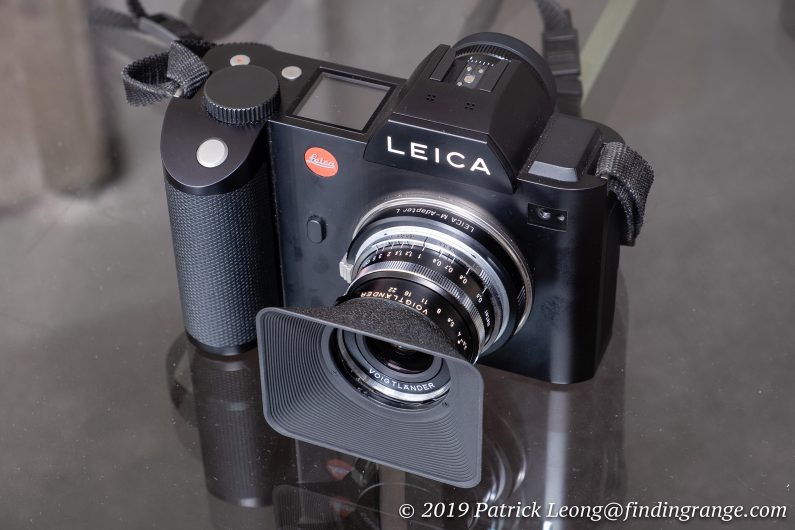 In addition to being well built, the Color-Skopar 21mm f3.5 Aspherical is just so compact and easy to use.  A big reason for its small size is that the Color-Skopar isn’t a fast lens.  Its maximum aperture is just f3.5.  But keep in mind that this is a wide angle lens.  There are a lot of people out there including me that don’t mind a smaller maximum aperture when it comes to an ultra wide because of the way we shoot one.  Most of the time, I shoot wide angles stopped down.  I’m doing cityscape, landscape, and street photography; I generally prefer to stop down my lens for these types of situations.  So, there are a lot of people who value something significantly smaller when it comes to a wide angle even if the price is say a lens with a more modest maximum aperture.  A smaller size actually benefits those types of photography I mentioned.  Cityscape and landscape, for example, may require one to be out in the field for long hours, and you don’t want to be tired at the end of the day because you’re carrying heavier gear.  Street photography may require one to be out in the field a lot as well.  In addition, a compact lens is less conspicuous. 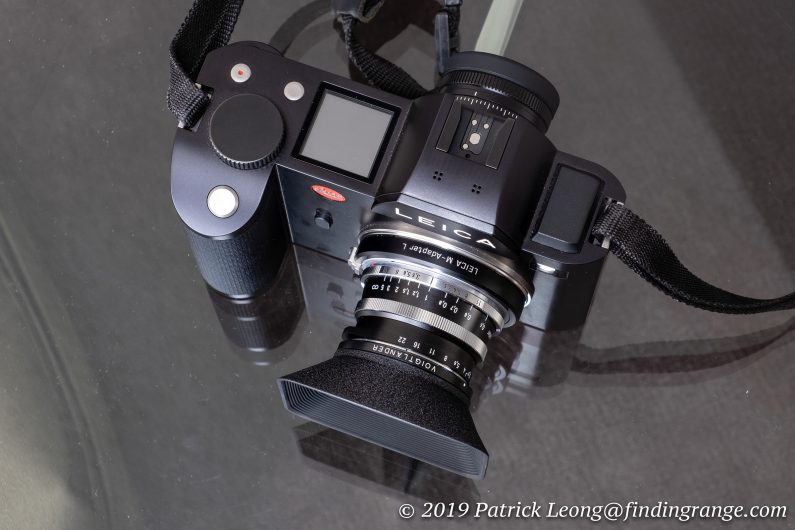 ↑ Top view of the lens hood when it’s attached to the Color-Skopar 21mm f3.5 Aspherical.

Now, I’ve been using the Color-Skopar 21mm f3.5 Aspherical with my SL but I did try it on my film M bodies as well just to see how it would feel with rangefinders.  This really has nothing to do with build quality but I have to say that this lens looks phenomenal on an M body.  The build quality will definitely not make it feel out of place in your M collection.  Together, the M and the Color-Skopar 21mm f3.5 look so retro; it’s like as if I time traveled back 50 or 60 years ago, and came back with a lens :).  The lens hood for the Color-Skopar also adds to the look. 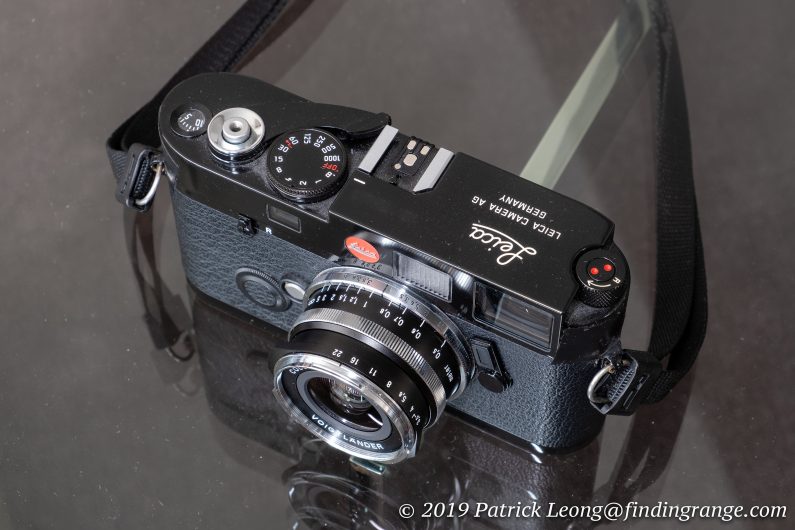 Speaking of the lens hood, it is optional.  The correct one to get is the LH-11 lens hood, and while it is $89, it’s a must-have, if you ask me.  The lens doesn’t really flare much from what I’ve experienced but the lens hood looks so cool, and hey, there’s nothing wrong with buying something because it just looks good, right ;)?  .  It’s also well made from high quality parts (metal), and it will provide some protection against accidental impacts, bumps, or scratching. 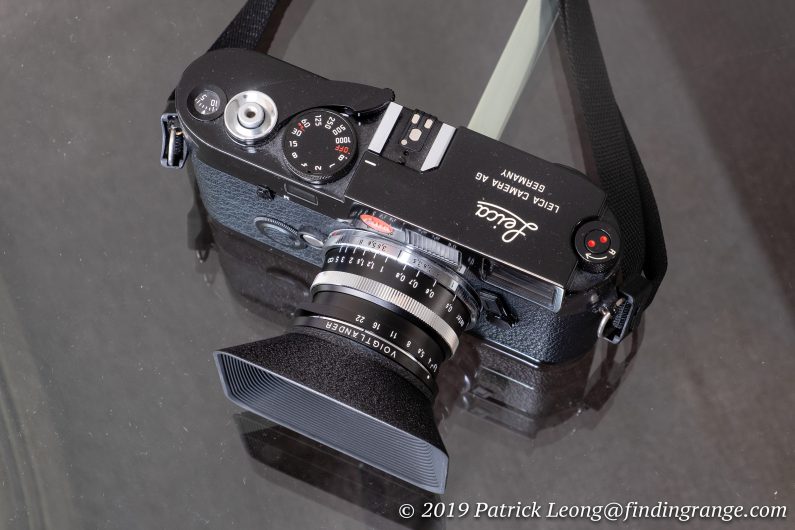 ↑ Here’s a top view of the LH-11 lens hood on a lens that is attached to a Leica M body.

The only thing is it does block some of the viewfinder, if you’re using an M, for example, but for me, that’s just part of the rangefinder experience for better or for worse.  I’ve used rangefinders all my life; my first camera was a Leica M3, so at this point, rangefinder blockage, which happens quite often (that’s why many lenses have vented lens hoods), doesn’t even bother me.  Plus, this is a 21mm lens, so you’re most likely going to use either a 21mm optical viewfinder on top of the hot shoe or if you have a digital M, an external EVF.  You would only need the camera’s optical viewfinder for focusing but even then, with such a large depth of field that a 21mm lens affords you, critical focusing isn’t that crucial.

So, I am definitely impressed with the overall appearance, build, and ergonomics of the Color-Skopar 21mm f3.5 Aspherical but as we all know, there’s much more to a lens than just overall build.  There’s the image quality too, and in this category, I’m happy to say that it is impressive as well. 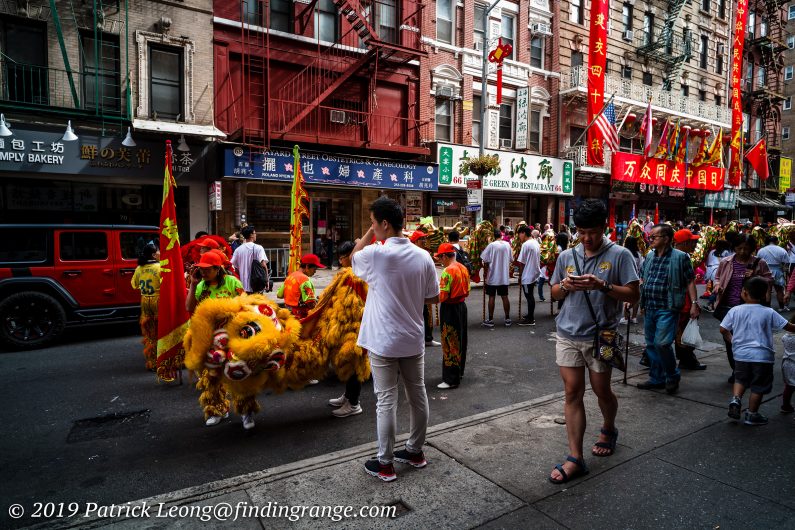 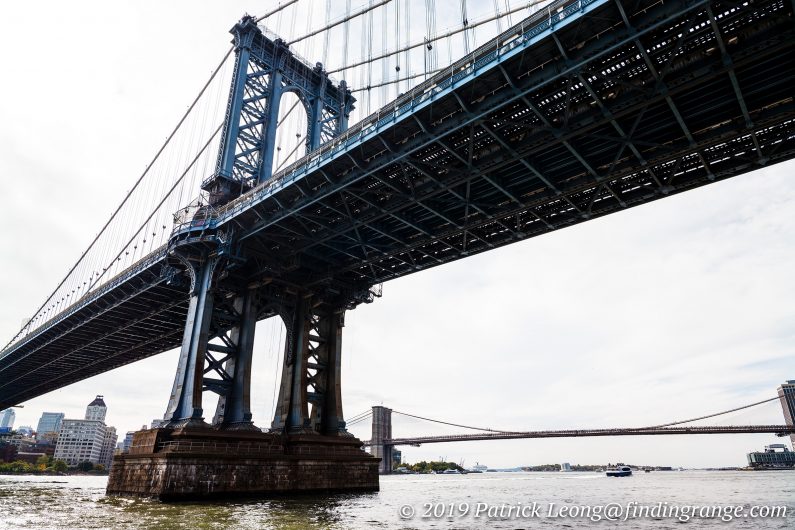 ↑ This was taken at f8.  The Color-Skopar 21mm f3.5 Aspherical is quite sharp.  Look at the detail it retrieves. 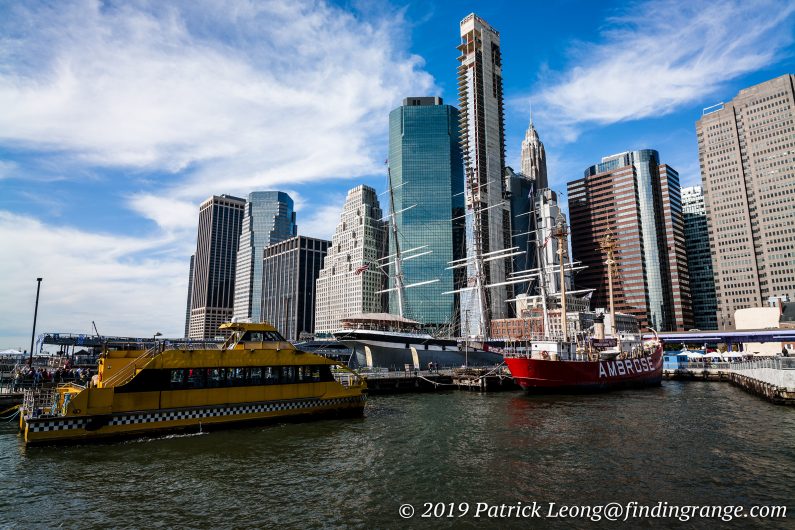 ↑ Here’s another shot taken at f8. 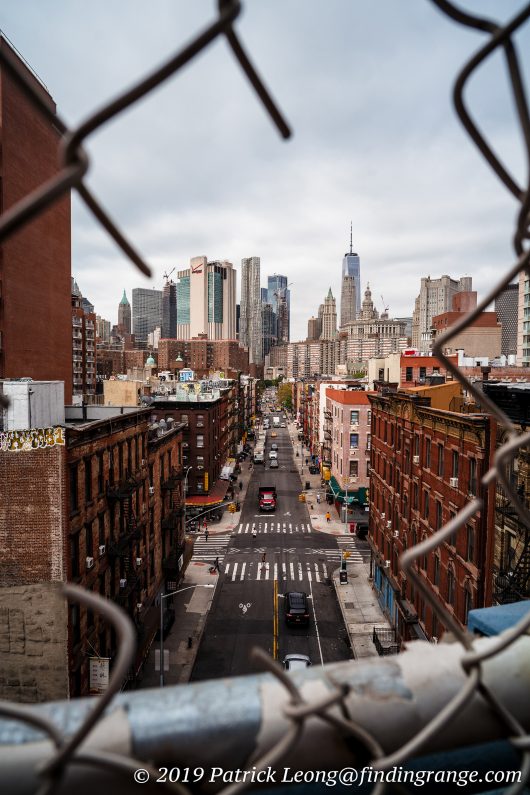 For instance, I found sharpness to be overall excellent.  At f3.5, center sharpness is quite good with only the very ends of the corners showing any signs of softness.  I was actually kind of impressed to be honest.  Stopping down to just f4 improves sharpness.  My favorite aperture to use with the Color-Skopar 21mm f3.5 Aspherical is f8 (as you can see in most of the photos here) but anything around the f4 to f11 range produces great results.  Center sharpness throughout the most of the aperture range is always excellent for the most part. 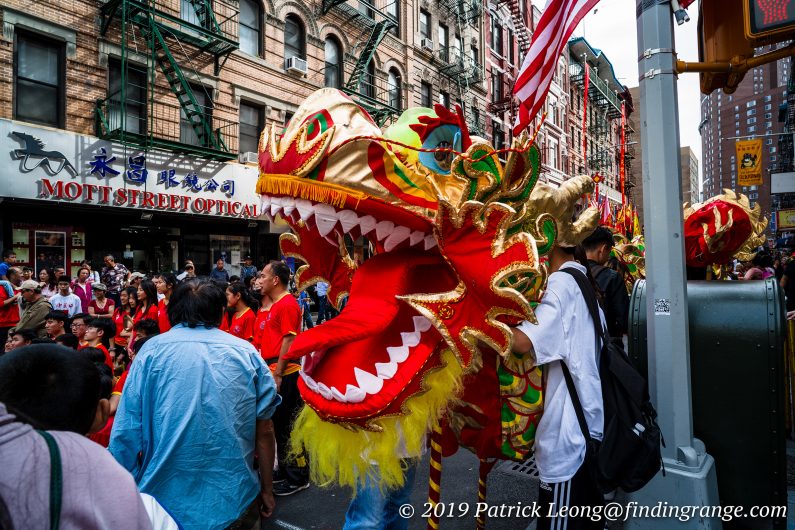 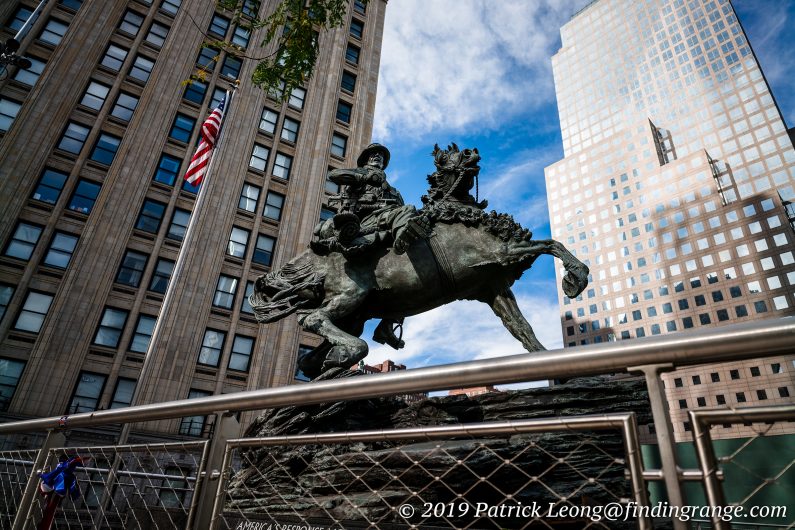 ↑ This photo was taken at f3.5.  Keep in mind that this isn’t really a lens for shallow depth of field shots. 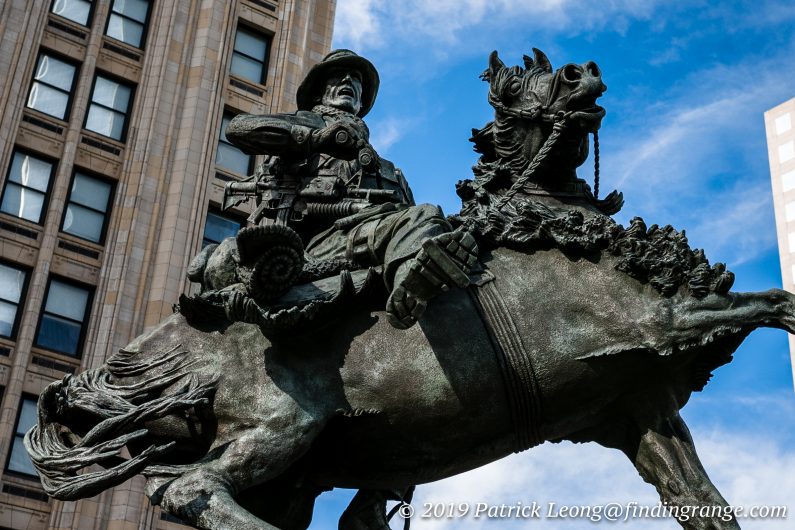 ↑ Here’s a 100% crop of the photo above.  Check out the sharpness at wide open aperture. 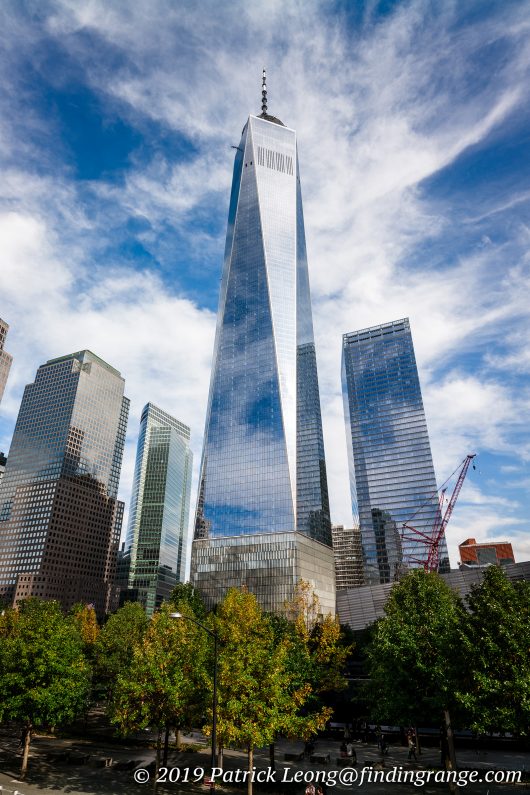 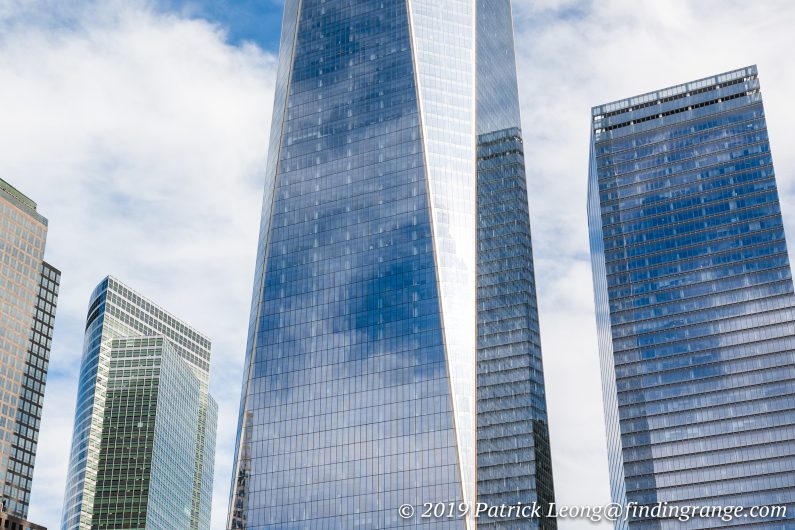 ↑ Here’s a 100% crop of the photo above.  Check out the sharpness stopped down. 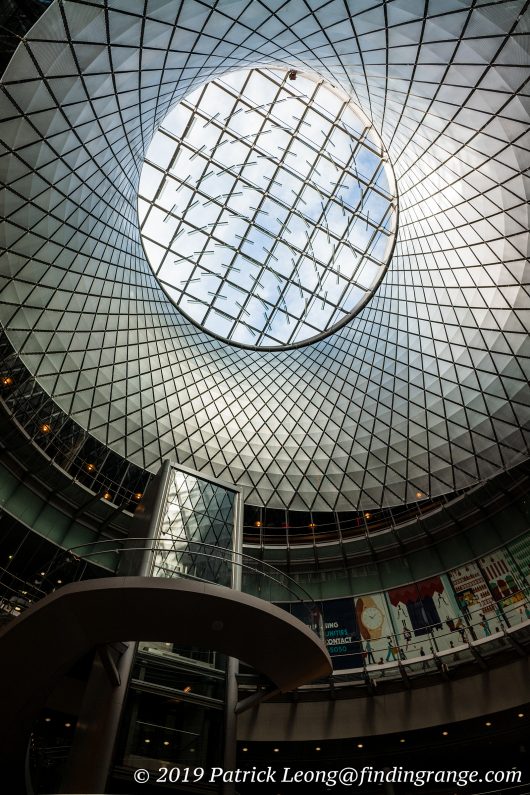 As for other traits of the lens, contrast and color are decent.  The lens also has a nice “pop”.  Pictures look like they have a nice depth to them.  There is slight barrel distortion but unless you shoot on a test bench all the time, it’s nothing that will ruin your photos.  There definitely is some vignetting at f3.5.  Stopping it down does reduce it significantly.  However, you will still see a little even at f5.6 but overall, the vignetting doesn’t really affect the pictures in real world settings, at least that’s how I feel.  In all my examples, I did not correct for vignetting, and I feel like they came out just fine.  Flare wise, I didn’t experience much of it.  If you push the lens hard enough, you might get some flare but that’s with every other lens.  Overall, I haven’t had any issues. 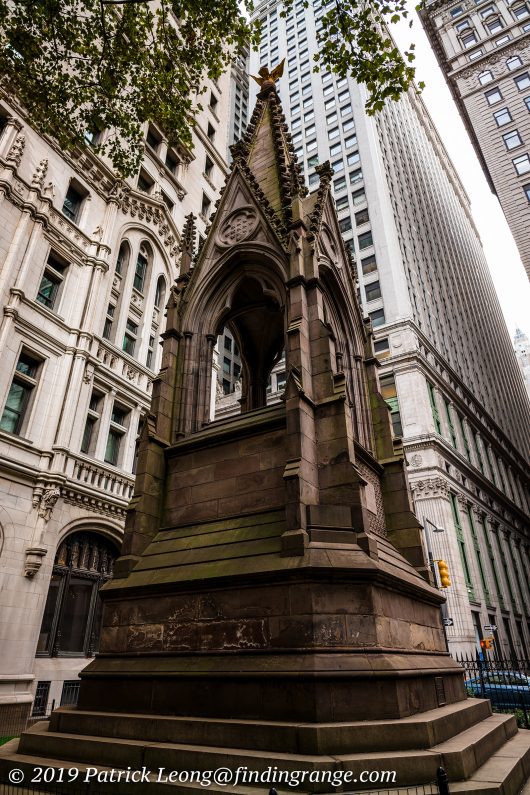 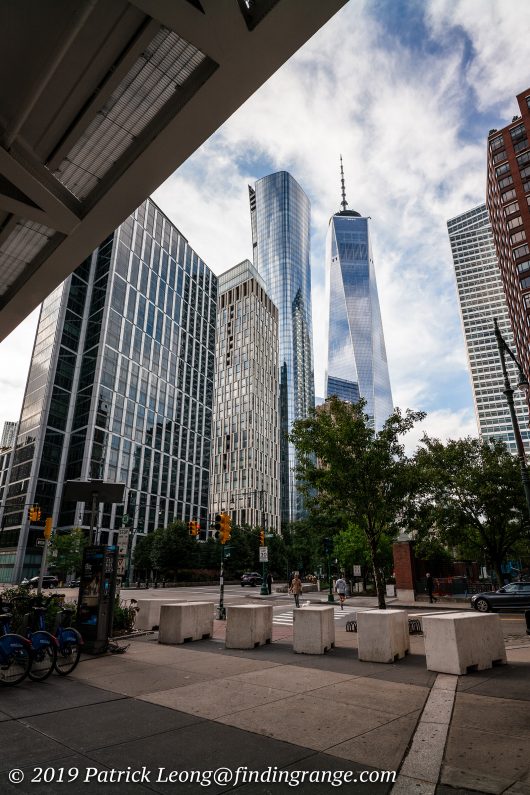 ↑ Here’s another taken at f8 really early in the morning. 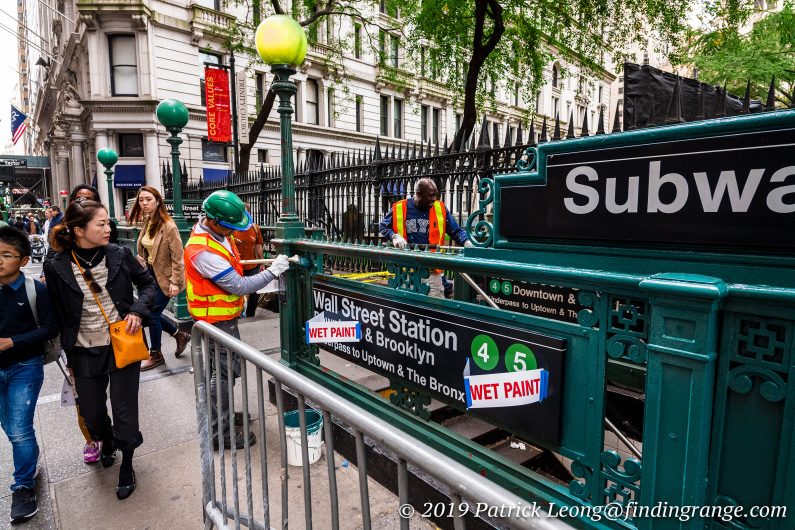 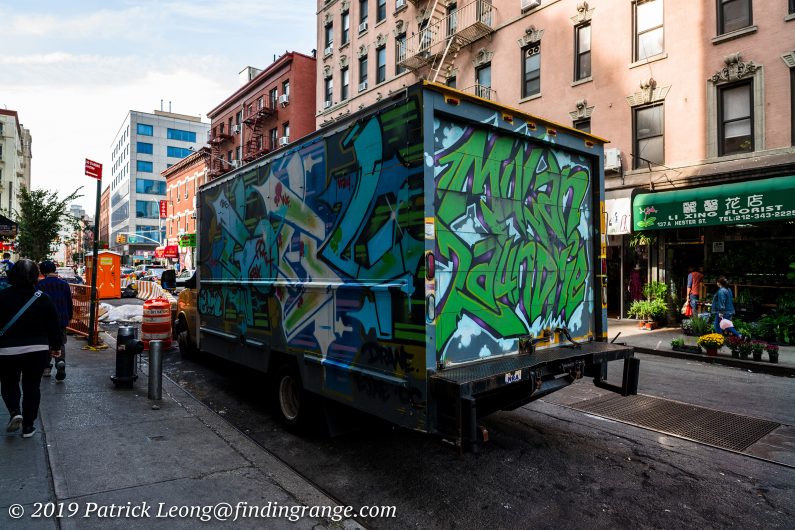 As for bokeh, it’s smooth with nothing harsh that I can see.  However, keep in mind that the Color-Skopar 21mm f3.5 Aspherical is a wide angle lens with a modest maximum aperture.  It’s just not a shallow depth of field type lens.  Unless you’re really close, it’s hard to even produce a shallow depth of field let alone seeing the quality of the bokeh. 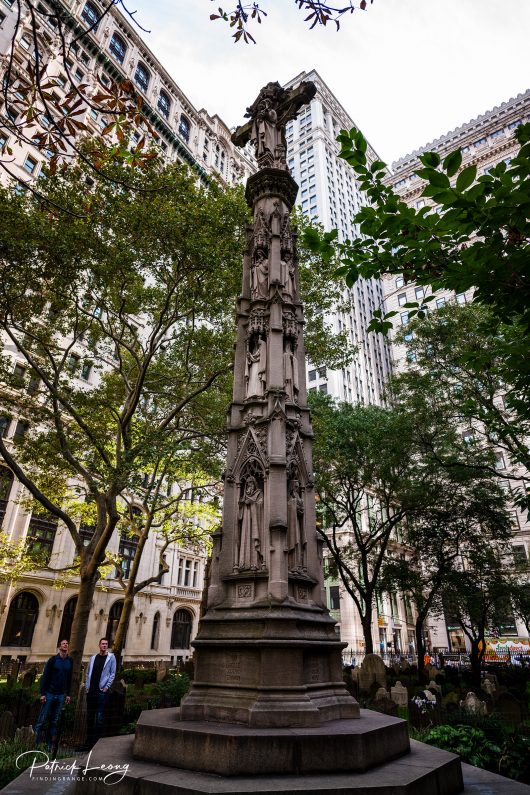 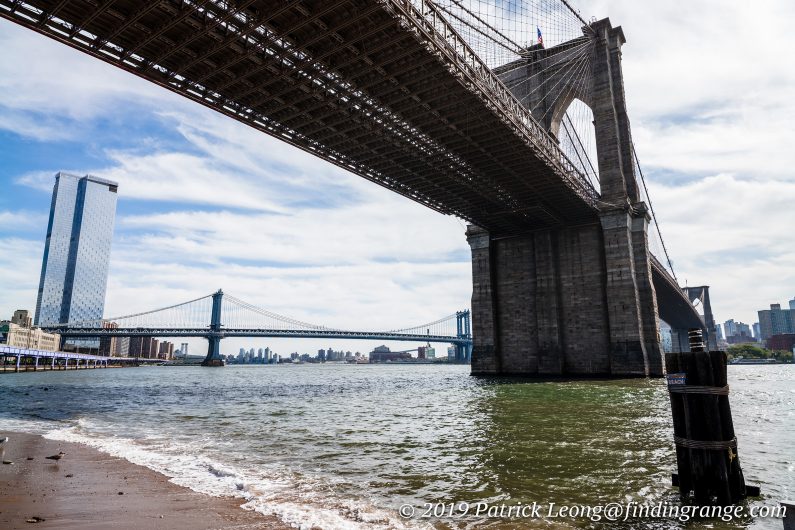 ↑ This is actually a beach but I wouldn’t suggest swimming in it haha.  This was taken at f8. 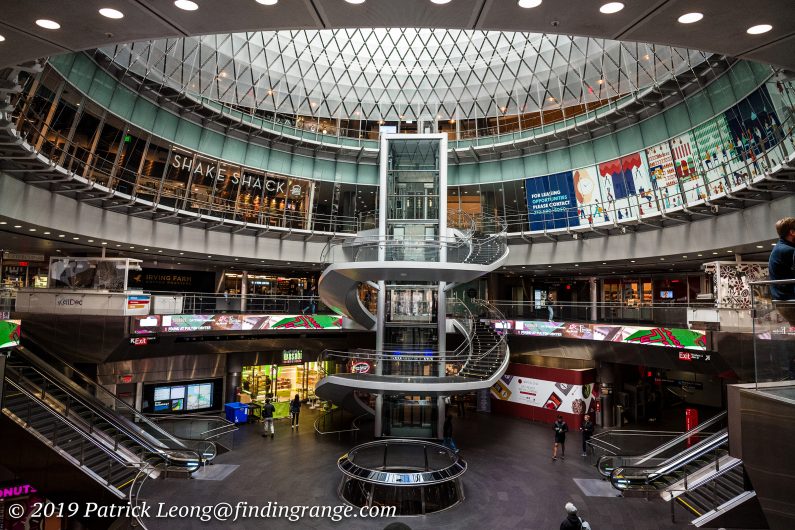 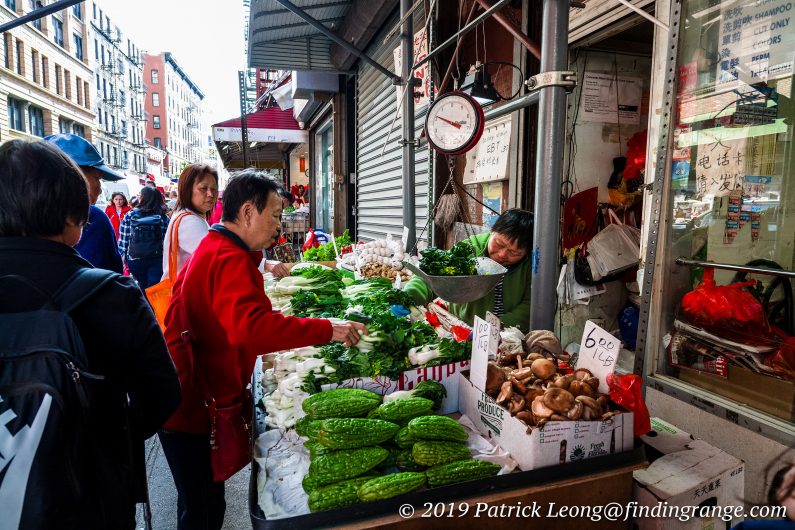 Overall, the Color-Skopar 21mm f3.5 Aspherical is such a great little ultra wide angle lens, and it’s ANOTHER Voigtlander lens I wish I did not have to send back.  The excellent build along with its retro goodness combine to make you feel like you have something truly special in the hands.  Of course, it doesn’t stop there, since the lens is extremely compact, competent, and the image quality is great. 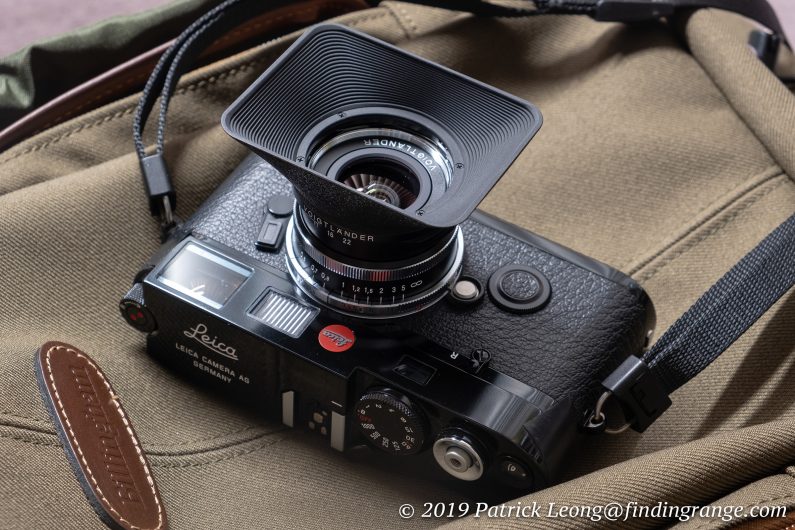 ↑ One more shot of the Voigtlander Color-Skopar 21mm f3.5 Aspherical attached to my Leica M6 TTL Millennium.  I did my entire review with the Leica SL but I just love how this lens looks on an M body.

The Color-Skopar 21mm f3.5 wasn’t easy for me to shoot when I first received it because I haven’t shot with ultra wides in quite a long time.  I do mostly portraits/fashion/boudoir now.  But the Color-Skopar 21mm makes you want to shoot with it.  It’s a lens that you’ll always want to use.  The combination of feel, and what it can produce makes shooting with it a truly rewarding experience.  The price is $799, and I know that isn’t cheap but in all honesty, this doesn’t seem terribly expensive to me for what you’re getting here.  The bottom line is this is a quality piece of glass that should make anyone looking for a wide angle lens very, very happy.  Highly recommended!

Thanks for taking the time to read my review!  If you’re considering purchasing the Voigtlander Color-Skopar 21mm f3.5 Aspherical lens, and my review helped you decide, please help support this site by purchasing from the links below or any mentioned in this review.  It will not cost you anything extra.  Thank you for your support!