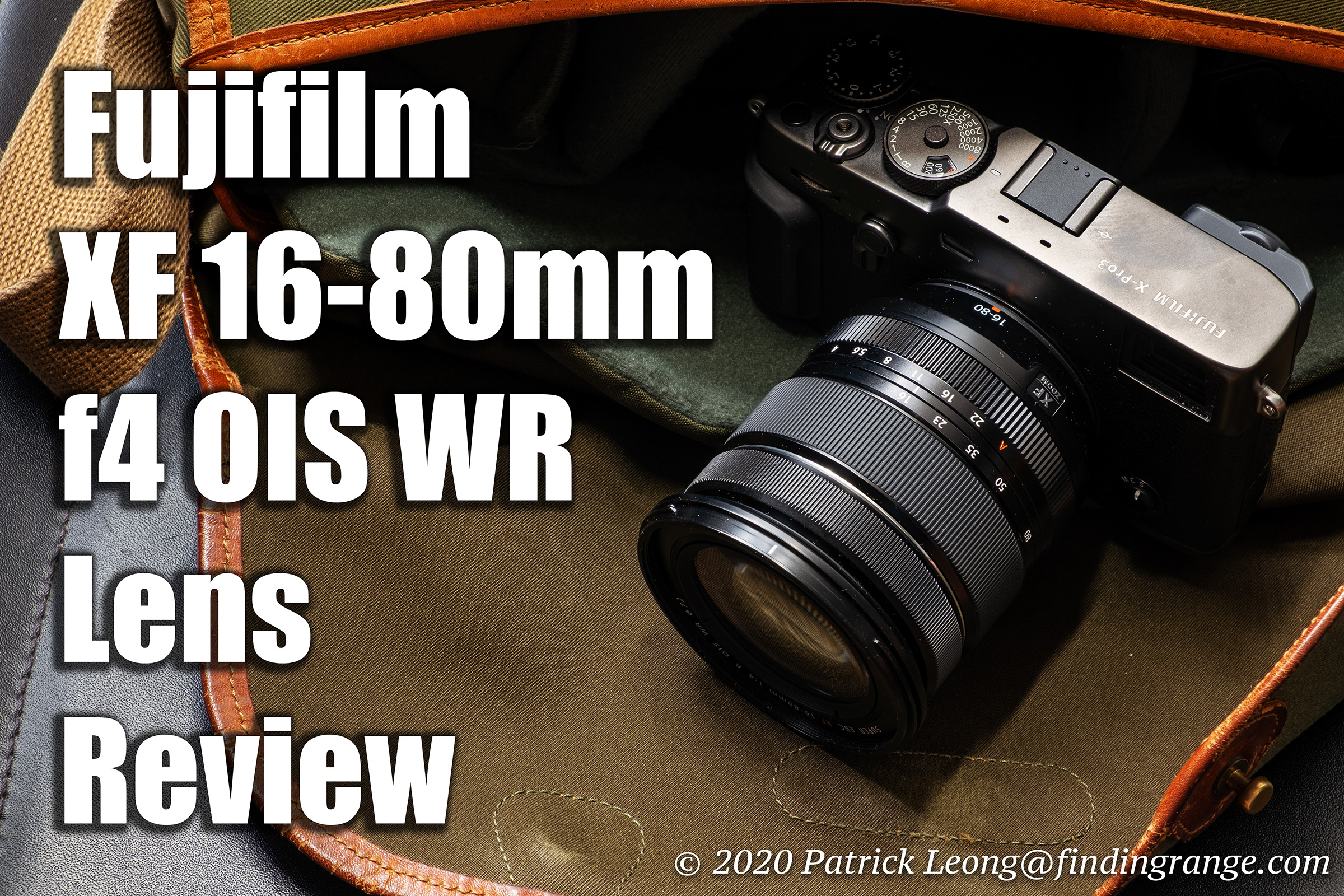 Whether you’re a prime only shooter or not, there’s no denying that zooms play an important role in photography gear.  After shooting with the Leica M for decades, I thought I’d only be exclusively a prime shooter myself but I’ve made two exceptions: When I bought the Fuji X-E1 a long time ago, the kit with the XF 18-55mm was too hard to resist mainly because of the price.  Now, I’ve owned that lens for years.  When I bought my SL, there weren’t even any native primes, so I bought the Vario-Elmarit-SL 24-90mm thinking I would trade it in, once I bought a native prime but guess what?  It proved to be not only one of the best lenses I’ve ever used, I find it indispensable.  So, it makes sense that a manufacturer like Fujifilm would invest a lot of time and money to create zooms, such as, their latest, the XF 16-80mm f4 R OIS WR lens.  I’ve been wanting to review this lens for a while now, and I finally had my hands on it for a decent amount of time.  Here’s what I think of it.

In terms of build quality, the XF 16-80mm f4 R OIS WR lens is top notch.  Fujifilm lenses have been steadily improving in this area over the years, and the XF 16-80mm is the perfect example of this.  It’s a solid feeling lens with no creaks, rattles or anything that would signify inferior quality.  The zoom ring feels great: it has a tighter feel than say my XF 18-55mm, which I prefer.  The added resistance not only makes it feel like a higher quality product, I noticed my copy had no zoom creeping either.  The aperture ring, which clicks solidly in third stops, also has a nice feel to it.  Both are definitely up there with the best of what Fuji has to offer in terms of feel, in my opinion.  Lastly, this lens is also weather and dust sealed allowing you to work in temperatures as low as -10°C. 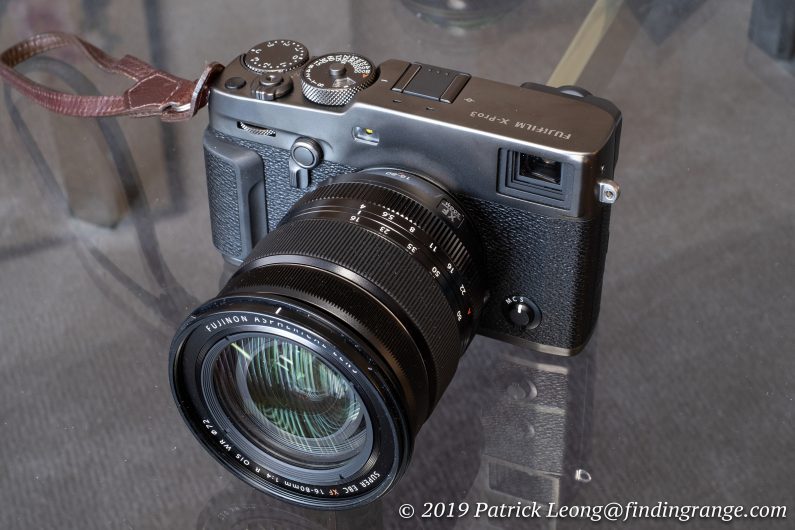 As for the overall size, I found the XF 16-80mm f4 to be just about perfect when you consider the quality of the images, max aperture, and focal length range.  I used this lens quite a bit while I had it in my hands.  It never felt overbearing or huge.  It never tired me out at the end of a long day of shooting.  According to Fujifilm, the XF 16-80mm f4 R OIS WR lens is about 40% lighter than a full size 5x zoom lens, which I find hard not to believe.

Overall, I found it a nice compromise between my XF 18-55mm f2.8-4, and the XF 16-55mm f2.8.  The XF 18-55mm is still my favorite in terms of size.  The XF 16-55mm is a fantastic lens but it does feel a bit heavier, and large, especially when mounted on an X Series body.  The XF 16-80mm f4 is an easy lens to live with because it really doesn’t feel much larger than the XF 18-55mm but at 440 g, it’s not only noticeably lighter than the XF 16-55mm, it is also noticeably smaller.  The best part is you’re getting a focal length range equivalent of 24-120mm, which can help in all types of photography.  Imagine for a second going on vacation with this lens: with a focal length range so wide, you’re basically covered for nearly all types of photography you might encounter.  You might even be able to get away with bringing just this one lens. 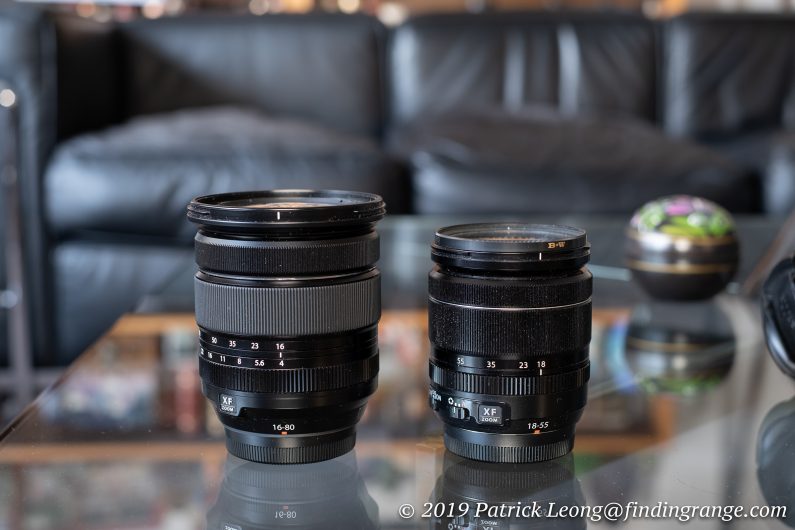 Now, unlike the XF 18-55mm and the 16-55mm, the XF 16-80mm has a maximum aperture speed of f4.  One stop, in my opinion, can make a noticeable difference because I generally like to shoot in the lowest ISO possible for maximum picture quality but with that said, most cameras these days have great ISO capabilities including the Fuji ones.  Plus, this lens comes with a 6 stop optical image stabilization system.  There’s no OIS switch needed because the camera can automatically detect when it is fixed onto a tripod or panning, and adjust accordingly.

Lastly, the XF 16-80mm f4 R OIS WR lens does come with a petal shaped lens hood, which is reversible for easier storage in a camera bag, for instance.  However, I must admit that I didn’t use it much.  I didn’t really experience any flare while I was using the lens.  Of course, if you’re purposely trying to achieve flare, you can do it with most lenses but in my normal usage, I didn’t have any issues. 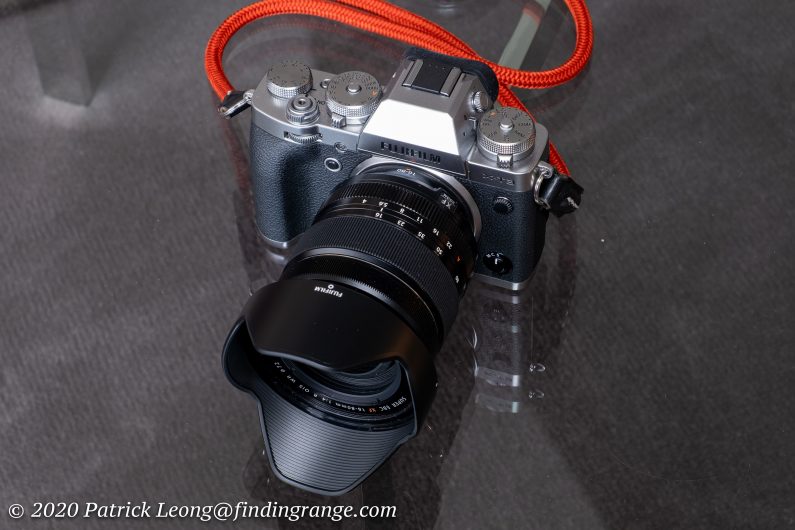 ↑ The XF 16-80mm f4 does come with a petal shaped lens hood that is also reversible for easier storage.

As for the autofocus, the XF 16-80mm f4 R OIS WR lens uses an internal focus AF system with a stepping motor for silent, accurate, and fast autofocus.  Like I mentioned before, I had this lens on loan for quite a while, and therefore, I had the time to try it in a variety of situations.  In all of them, the autofocus performed brilliantly.  I have absolutely no complaints.  Also, just so you know, I was using the XF 16-80mm f4 with the most current X Series body at the time of this writing, the Fuji X -Pro3.  Anyway, getting back to the autofocus, it’s great with, of course, landscape, portrait, and street photography but it has also done quite well in action scenarios as well.

I had a chance to use the XF 16-80mm f4 R OIS WR lens at the Chinese New Year Parade, and was impressed with how the autofocus easily caught fast moving subjects there, accurately, I might add.  I remember being stuck behind this corner with lion dancers right in front of me doing their thing.  I was at the widest setting in terms of focal length and barely getting them all in the frame since I was against the corner.  I just kept shooting, and shooting as they were moving around very quickly, and the lens had no issues keeping up. 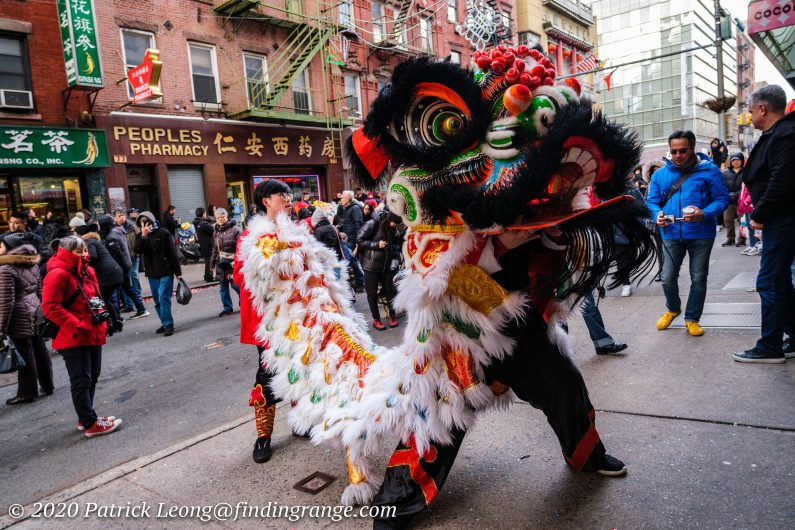 ↑ My back was right up against the wall, and I was firing several shots trying to keep up with the lion dancers’ paces.  The autofocus locked on each time with no problems at all.  The settings here were f4, 1600 ISO, and the 16mm focal length. 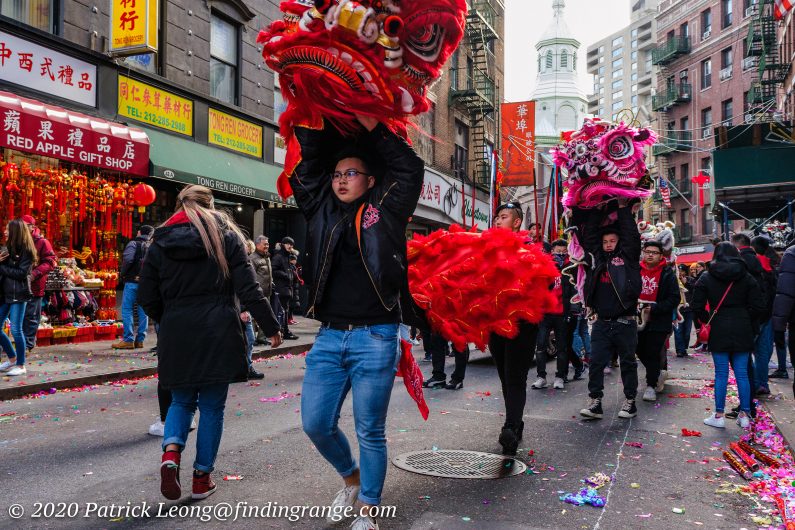 ↑ This group was charging ahead, and they were moving so quickly that I actually ended up cutting off one person’s feet, and the head of the lion.  The settings were 5000 ISO, f6.4, and 22mm. 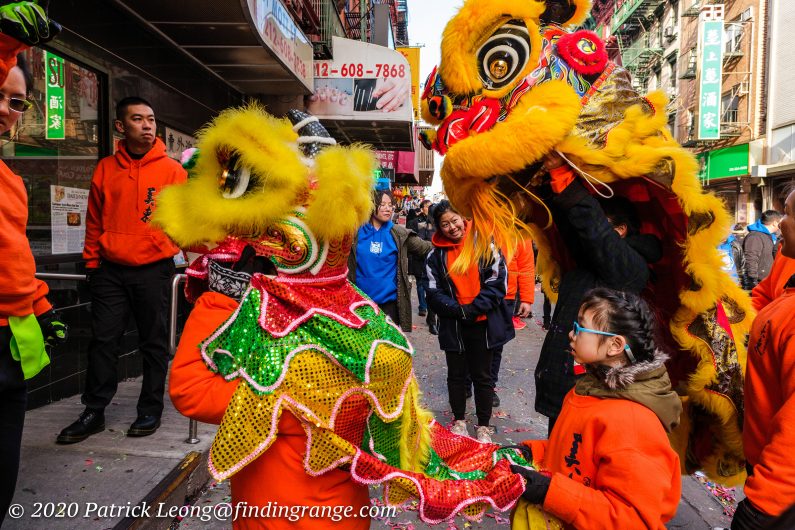 Another area where the XF 16-80mm f4 R OIS WR lens performs brilliantly is image quality.  There’s nice color rendering and contrast here.  There’s also a nice clarity to the photos.  While I haven’t done any direct comparisons, judging by the photos I shot with this lens and other zooms in the Fuji catalogue, I would say that the XF 16-80mm f4 is definitely one of the better zooms in terms of image quality. 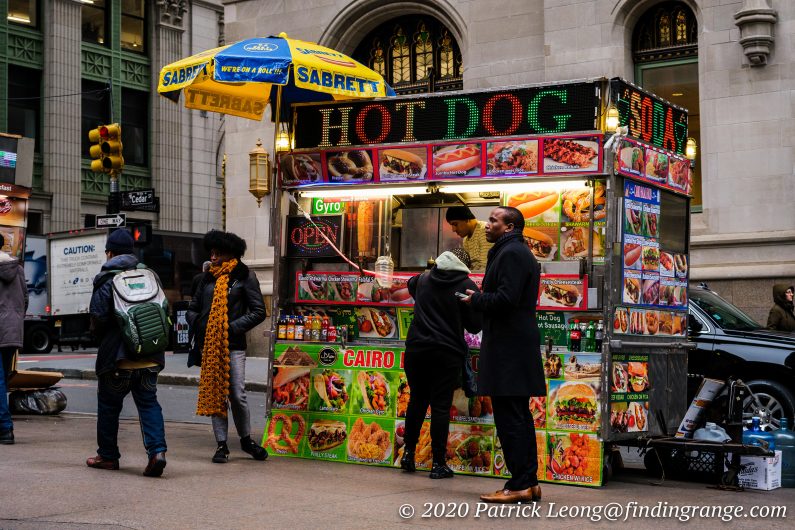 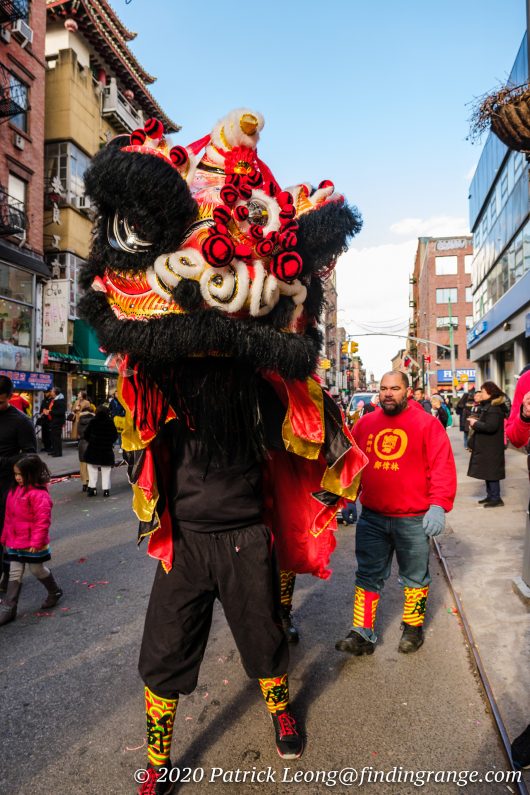 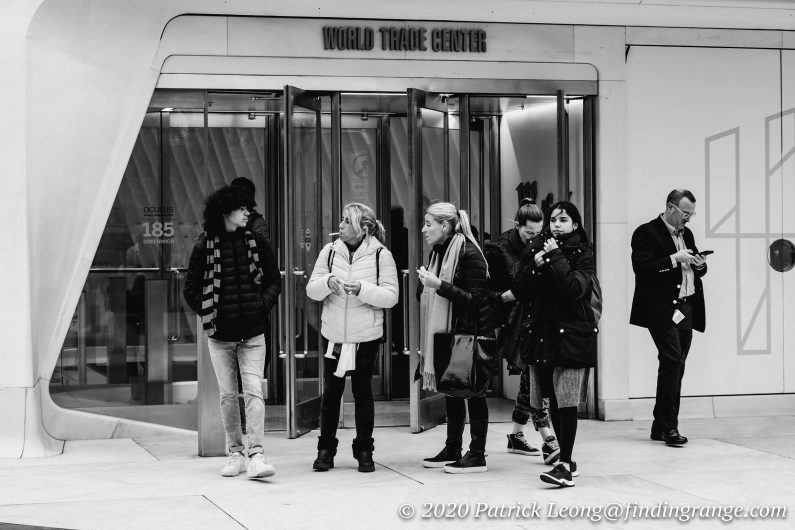 ↑ This was taken at f4, and 250 ISO using the 51mm focal length.  Black and white conversion done in Camera Raw.

For one, overall sharpness is great.  Center sharpness at f4 is excellent with edges getting slightly sharper as you stop down.  Edges, however, are never really quite as good as the center.  When you hit 50mm and above, it looks to me like center sharpness drops down a tad bit at f4 versus the wider focal lengths but this is me pixel peeping.  In real world shooting, I doubt you would see much of a difference.  I found the sweet spot of this lens is around f5.6 to f11. 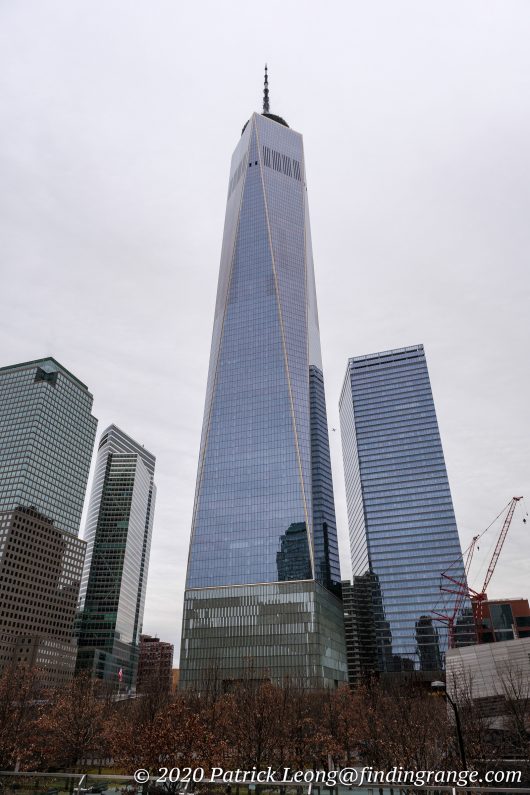 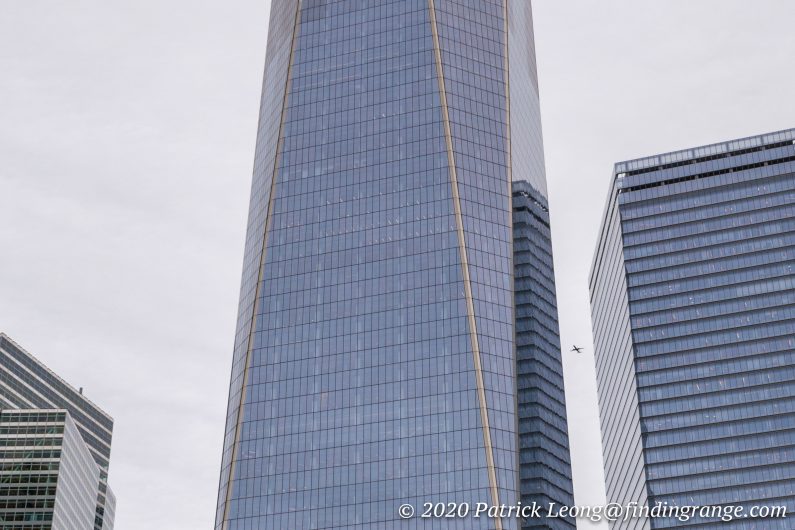 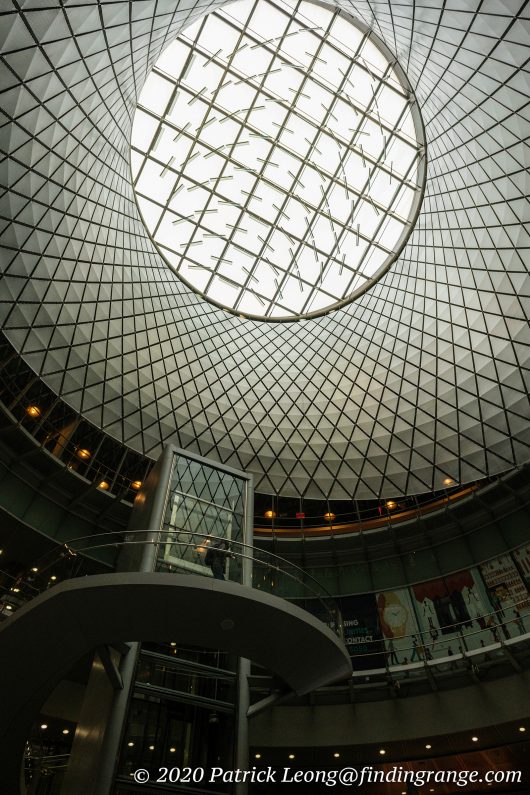 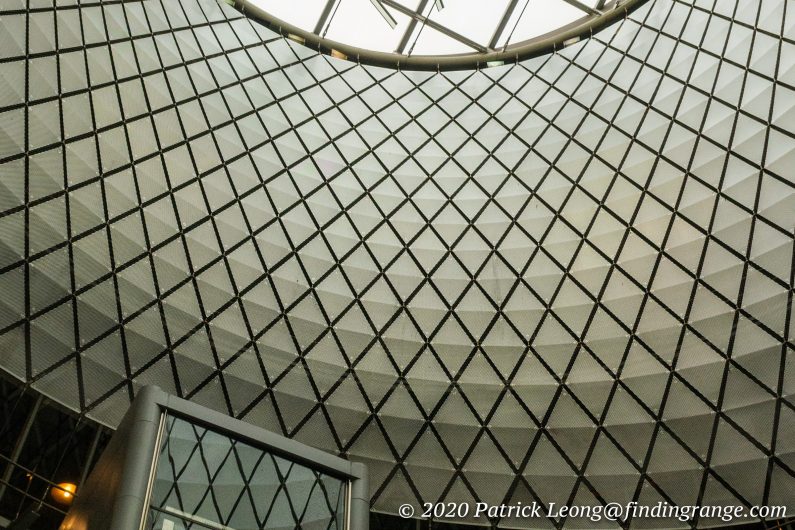 ↑ Here’s a 100% of the photo above.  Keep in mind that I used a higher ISO here, so you’ll see some noise.  Still, if you look closely, you can see the small little holes in the diamond shaped pattern.

As for other features, vignetting, for example, is very well-controlled.  There is a little vignetting at f4 throughout the zoom range but it’s nothing at all to be concerned with, and nothing out of the ordinary.  Most of it disappears by simply stopping down one stop.  By f8, all is good.  As I mentioned earlier, I found this lens to be highly resistant to flare.  In fact, this lens did not flare under normal usage, at least for me.  I tried it in a variety of different scenarios and light too.  Overall performance wise, I feel this is one of the better zooms from Fuji as I mentioned before but in my opinion, the XF 16-55mm f/2.8 R LM WR lens still has a slight lead in terms of overall image quality.  However, you might not really care about the slight lead because I don’t think it’s going to be really noticeable in real world shooting, and the XF 16-80mm f4 comes with a lot of benefits that the XF 16-55mm does not have, such as, 6 stop image stabilization, and compact size just to name a couple. 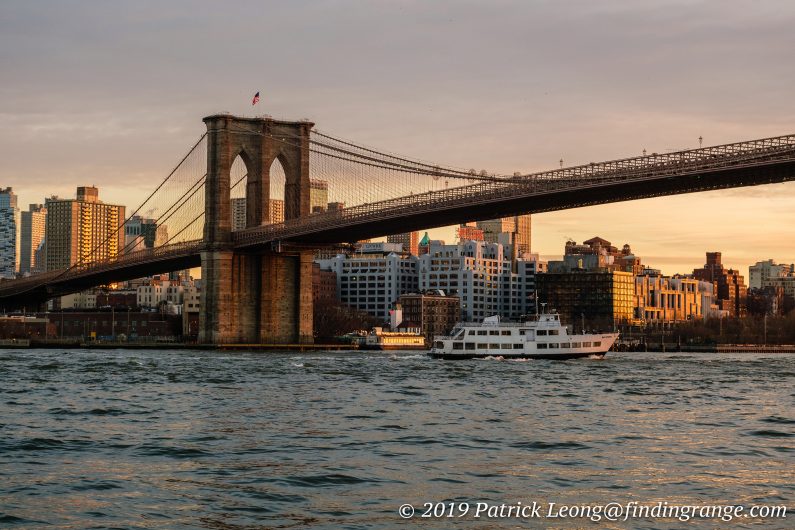 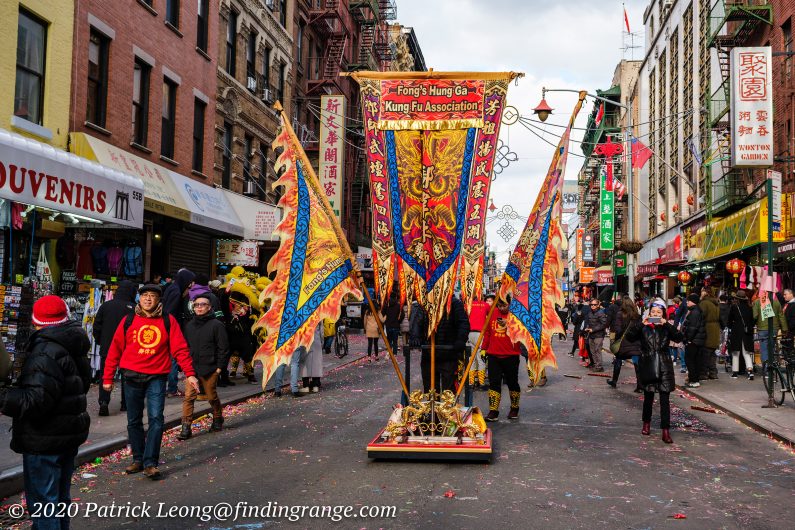 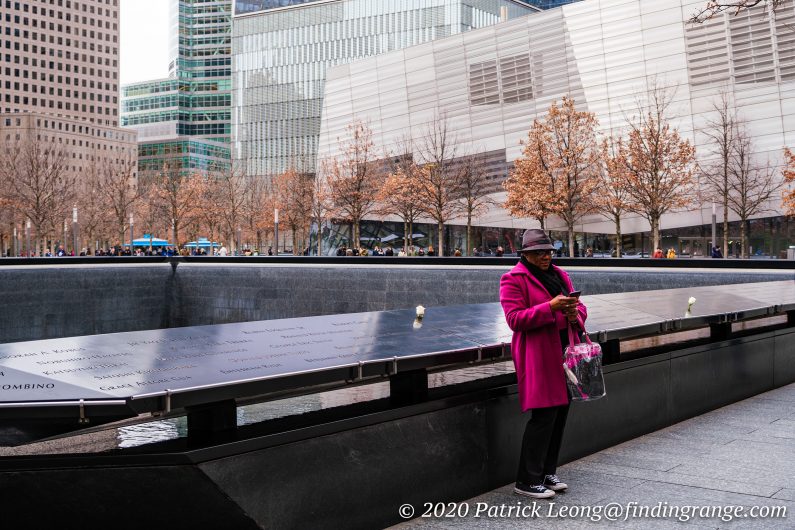 Because of the XF 16-80mm f4 R OIS WR lens has a more moderate maximum aperture of f4, it is a more compact lens but at the same time, you don’t necessarily get that ultra shallow depth of field.  So, I wouldn’t call this a bokeh lens but with that said, if you’re using the 80mm focal length at f4, you can still get some decent shallow depth of field.  Also, with its nine blade diaphragm, the bokeh is still smooth with nothing really harsh or distracting developing in the picture. 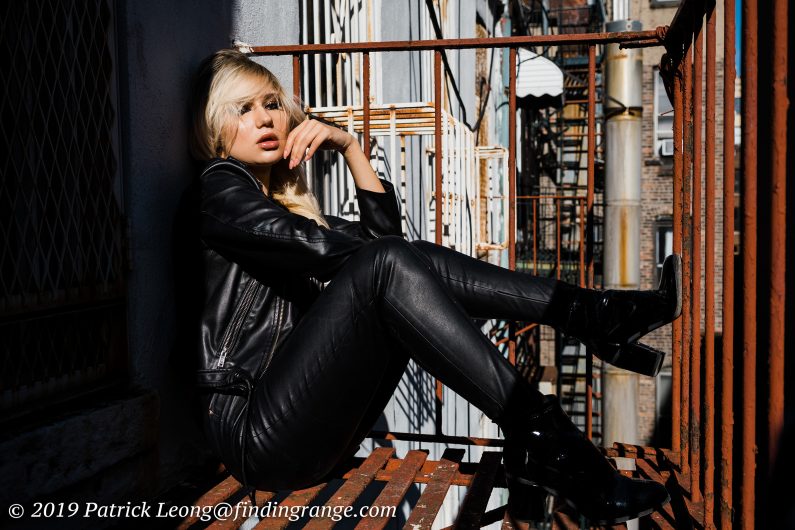 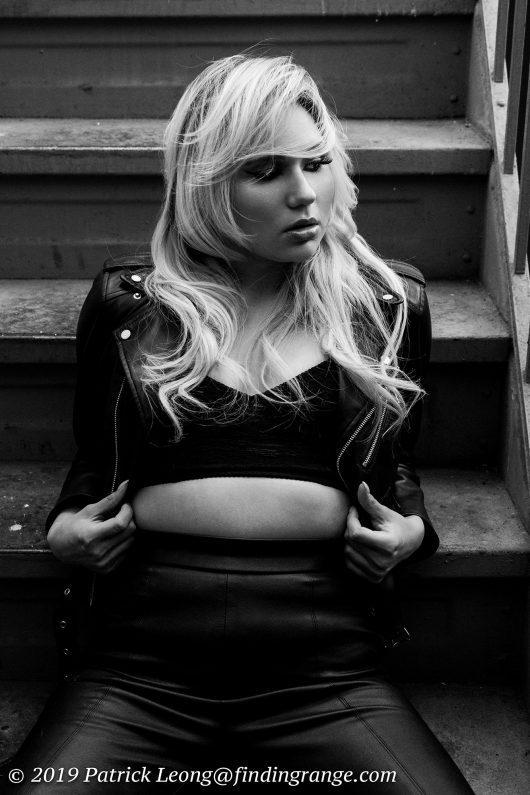 If you’re looking for a great all-around zoom, the XF 16-80mm f4 R OIS WR lens might just be the one for you.  Its focal length range covers pretty much all the bases yet it’s still compact, and light enough to carry around all day without feeling tired.  With its focal length range, I imagine some may even be content bringing just this one lens with them for various photographic activities.  With its decent build, it can definitely handle being the only lens used, and with weather sealing, you won’t ever have to put it away when the weather gets bad.  Furthermore, while the maximum aperture is f4, the lens does partially make up for it with 6 stop image stabilization, and the image quality is excellent overall. 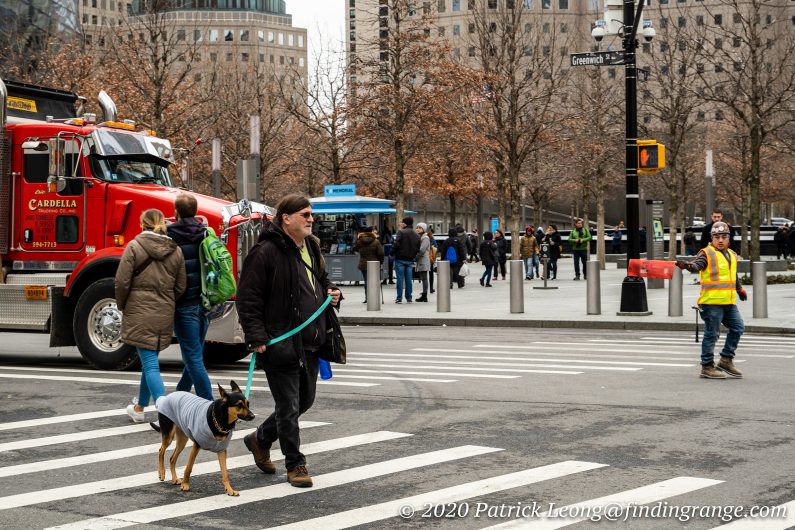 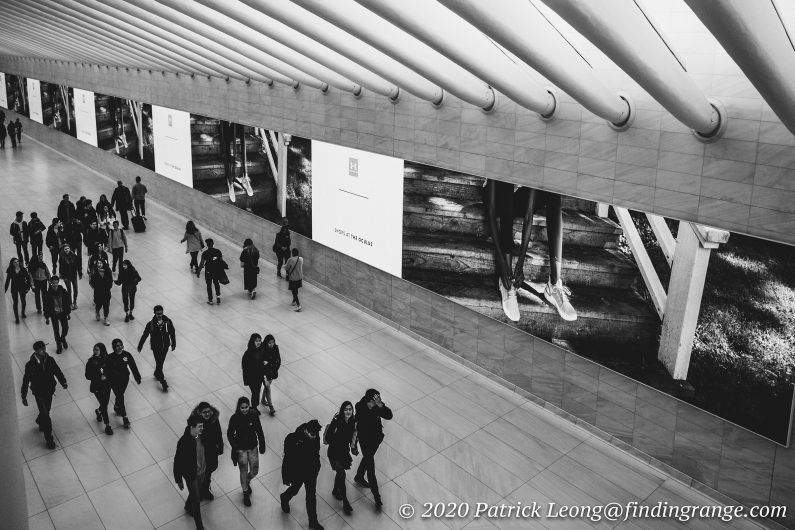 ↑ This was shot with 800 ISO using f4, and the 25mm focal length.  Black and white conversion done in Camera Raw. 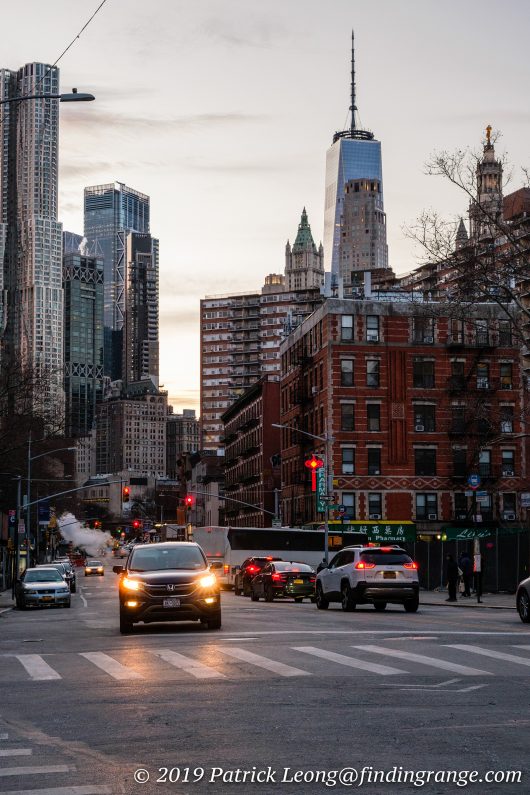 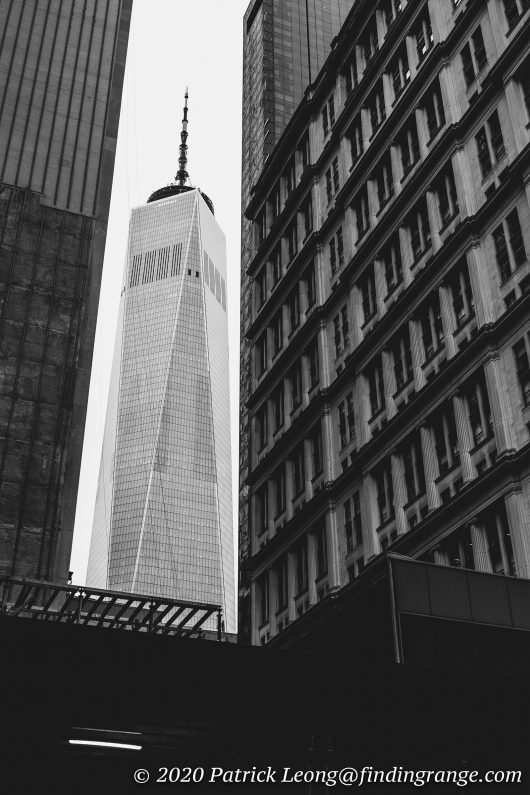 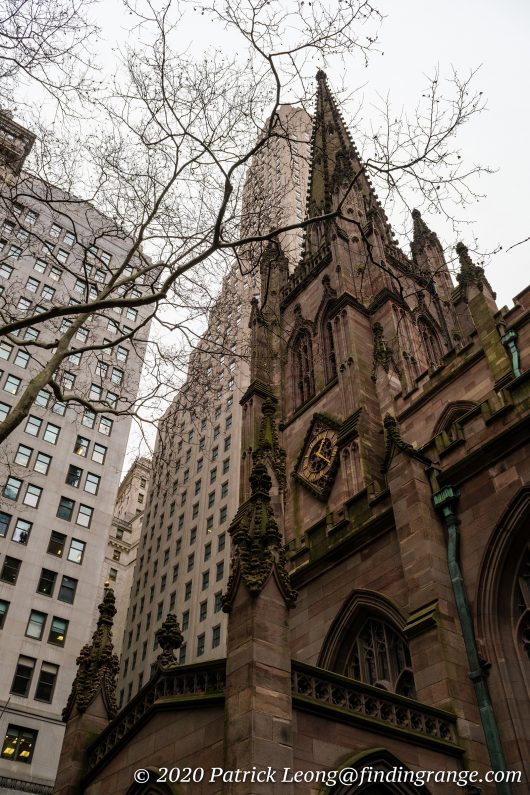 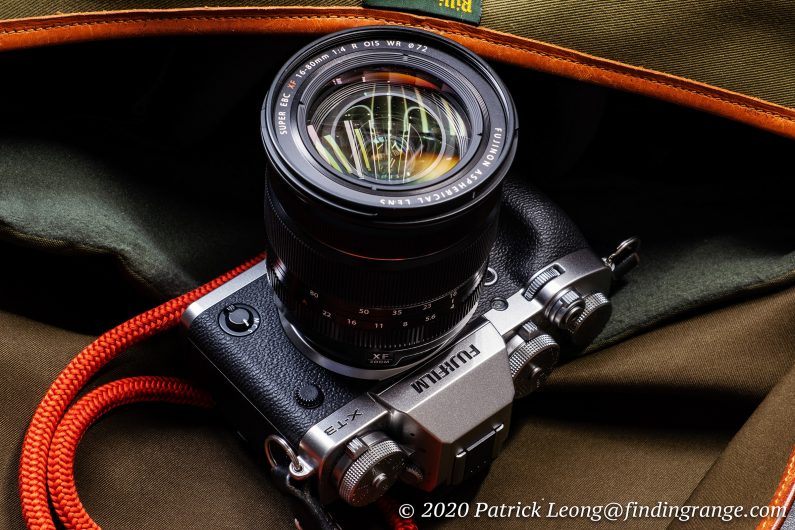 Bottom line is there are a lot of great choices from Fujifilm but I definitely think that the XF 16-80mm f4 R OIS WR lens will be one of the more popular lenses because it’s got a lot going for it with very little negatives.  The XF 16-80mm is downright one of the most versatile lenses to come from Fujifilm so far, and to top it off, it also performs brilliantly as well.  If you’ve been looking for a great all-around zoom for your Fuji camera, this may be just perfect for you.

Thanks for taking the time to read my review!  If you’re considering purchasing the XF 16-80mm, and my review helped you decide, please help support this site by purchasing from the link below or any mentioned in this review.  It will not cost you anything extra.  Thank you for your support!