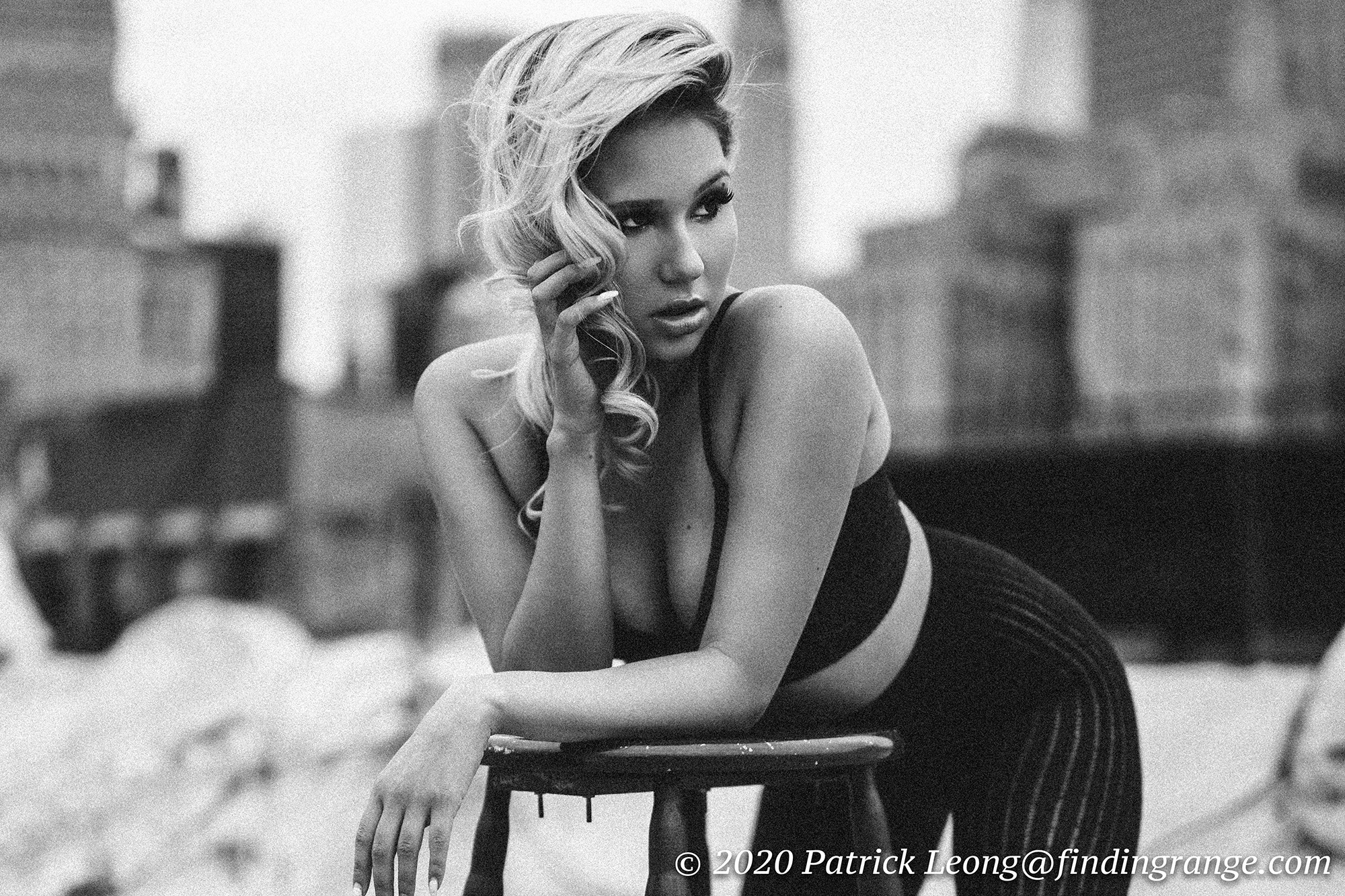 This week’s portrait set is an older one of Kristina (Instagram) that I took with the Leica SL.  It’s an older set because of self-isolation etc. from the corona virus.  I probably won’t be able to go out and shoot with someone for quite a while, which is also why I haven’t been consistent with my weekly portrait set posts.  I did do plenty of shoots before all of this but nearly all of them were boudoir shoots not fashion or portrait.  If you want to see some of my boudoir work, you can check out my Instagram page, which I regularly update.  But back to this shoot, Kristina came over for a boudoir and fashion style shoot, and we ended up with a bunch of different shots.  As you can see, this set was taken on my rooftop, which I currently miss so much right now (I live in Brooklyn, and my studio space is in Manhattan).

I’ve had these images on my desktop for quite a while but I wasn’t sure what to do with them.  I was messing around with color versions of these pics but I just didn’t like them.  I put them away for months.  Two days ago, I went back to them spontaneously because I was actually talking to Kristina on the phone, and decided to convert them to black and white, which I prefer much more.  The rooftop has a rustic feel, which I thought translated well with black and white.  I also added grain to the images, which I rarely do but I liked them for these shots because to me, they look more film-like.  Black and white conversion was all done in Camera Raw in Photoshop CC.  I did do a bit of skin retouching in Photoshop as well. 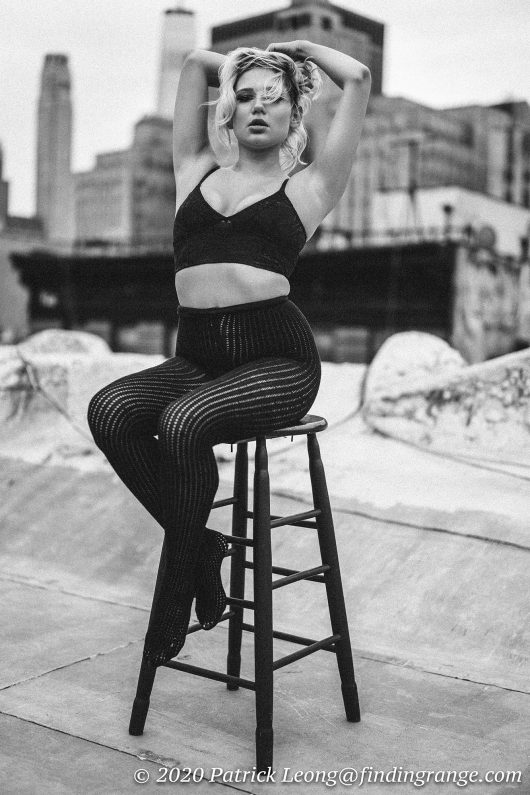 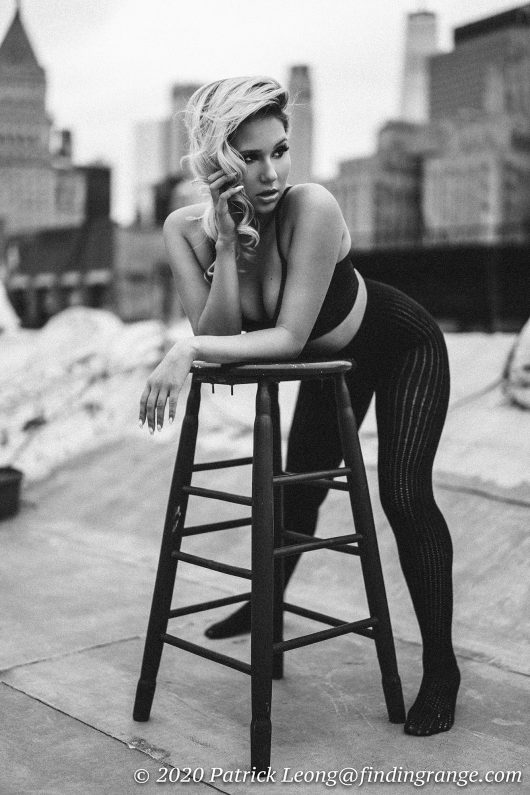 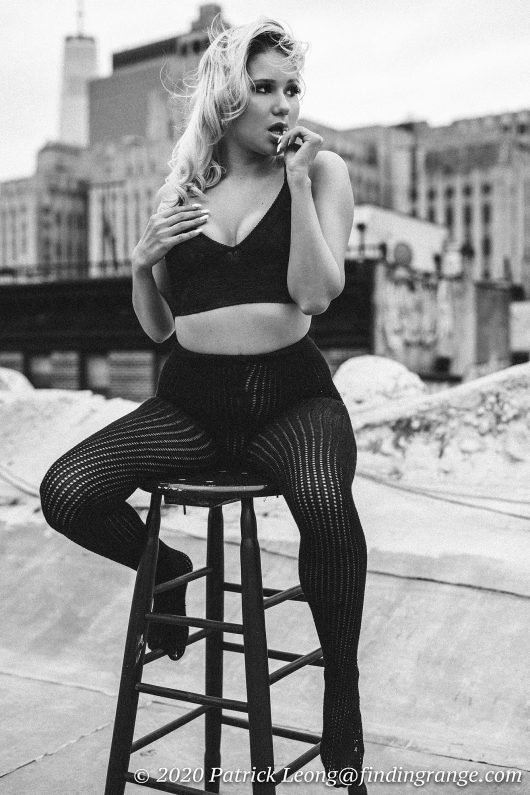 Lens of choice was my trusty little ( ahem…big) Summilux-SL 50mm f1.4 ASPH.  I think I would be lost without this lens.  Over the years, it has truly become my desert island lens.  I usually crank out anywhere from 200 to 3,000 shots with it per week… at least before all of this happened, so it’s definitely one of those pieces of gear that I find essential.  All images were shot at f1.4 with the exception of two, which were taken at f2.8.  Weather wise, it was a cloudy day, which was perfect for the rooftop. 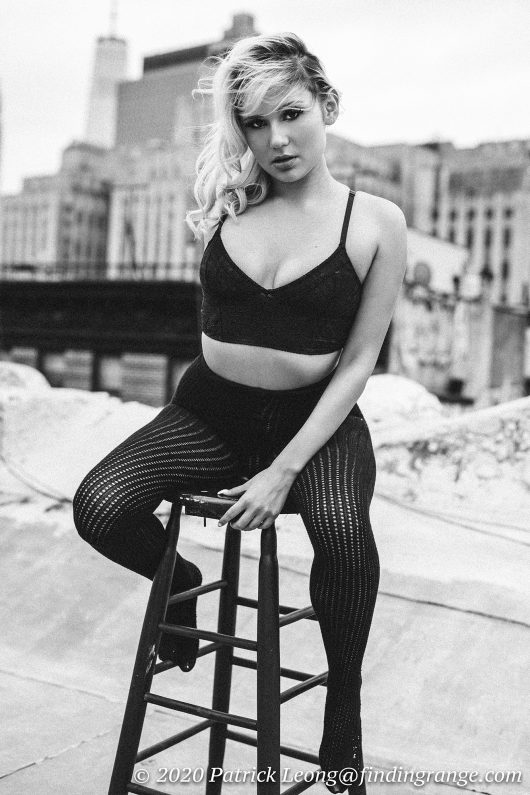 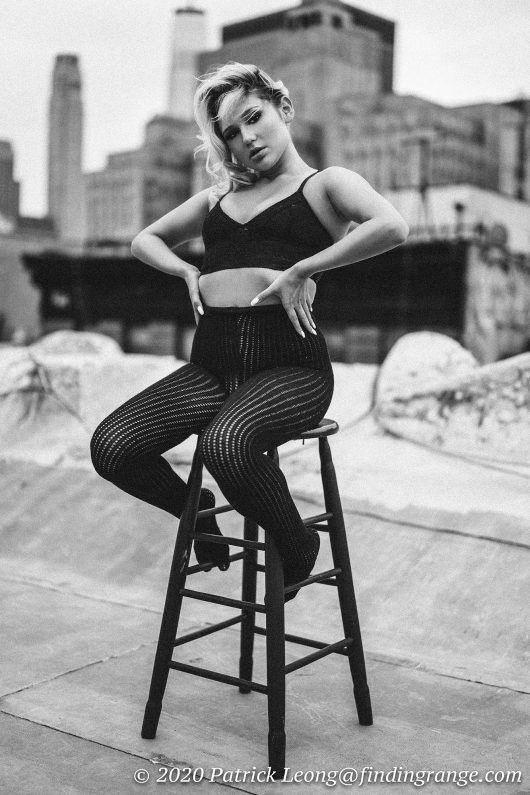 So, I hope you enjoy this set, and stay tuned because I still have a few reviews coming up.  I’m going to try to finish up my Panasonic Lumix S Pro 16-35mm f4 review this week, and get it posted up.  You can also read my first impressions of it here.  It was a great lens to use on my Leica SL2.  Also, I still have the Fuji X-Pro3 review, and a bunch of other gear reviews coming up.  Thanks for stopping by, and please be safe everyone!