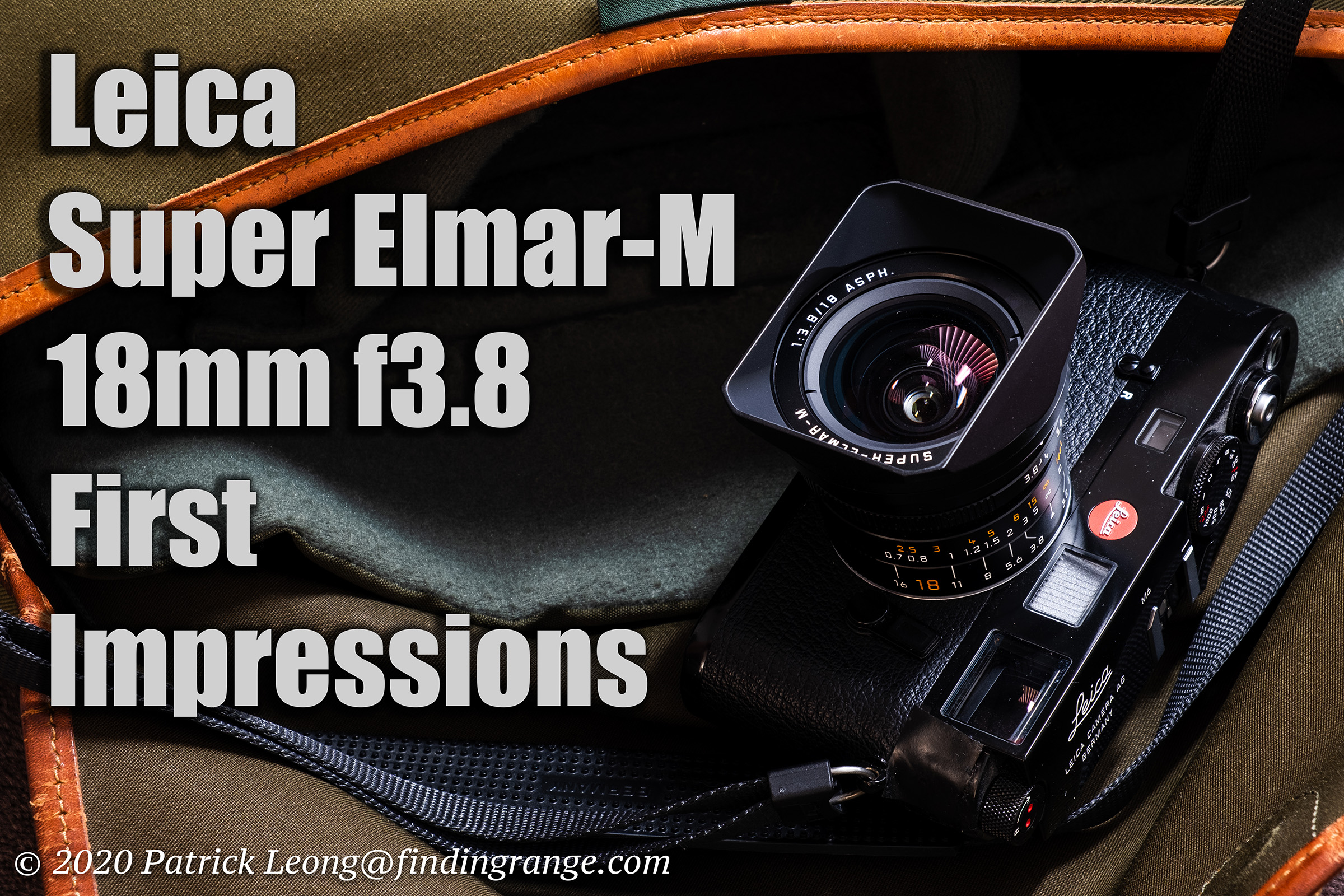 For those looking for an ultra wide angle lens that’s M mount, there are tons to choose from these days.  Of course, we have the Leica M lenses.  We also have some great choices from Voigtlander, and Zeiss.  There are other third party manufacturers as well.  But today, I’m going to talk about something from Leica, the Super Elmar-M 18mm f3.8 ASPH.  This particular copy in this write up is actually my own, and not a loaner.  I’ve had it for several years, and it’s seen quite a bit of use on multiple Leica bodies from the M 240 to even the SL.  I’ve always had plans to review this lens, and I thought this would be the perfect opportunity to do so, since I can’t really review newer gear right now because of the corona virus pandemic.  So, here are my first impressions of it.

Let’s first start off with the overall build.  I can’t really think of a Leica M lens where I felt the build wasn’t up to par.  These little M lenses are so well-made; they feel like they’ll last forever, and judging by how many of these lenses have been used over several generations, I wouldn’t be surprised if they actually do.  I’m glad to say that the Super Elmar-M 18mm f3.8 ASPH is definitely no exception.  The 18mm is a solid feeling lens that’s made of all metal.  The focus ring is buttery smooth with just enough friction to give you control and feel.  There is a focus knob on the bottom for even better control.  The aperture ring clicks solidly in half stops.  Yes, Leica lenses carry a hefty price; this one currently goes for $3,595, which isn’t crazy expensive for a Leica lens but still quite a lot of money.  However, at the end of the day, the build of these lenses are second to none. 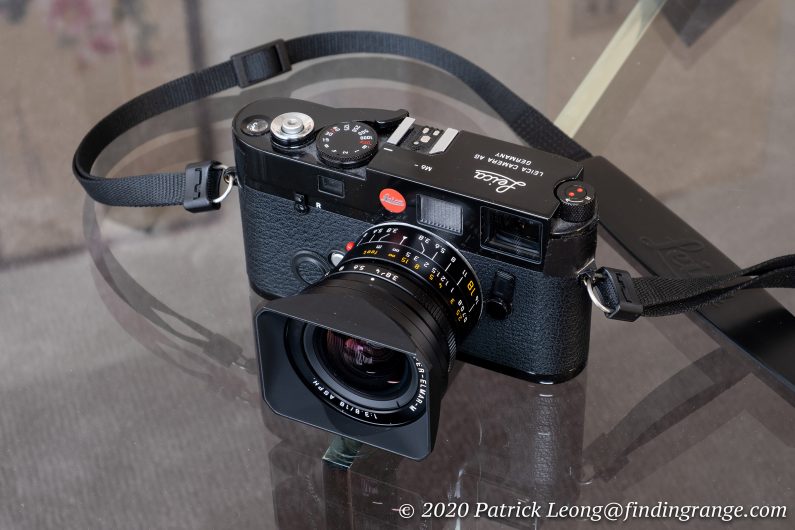 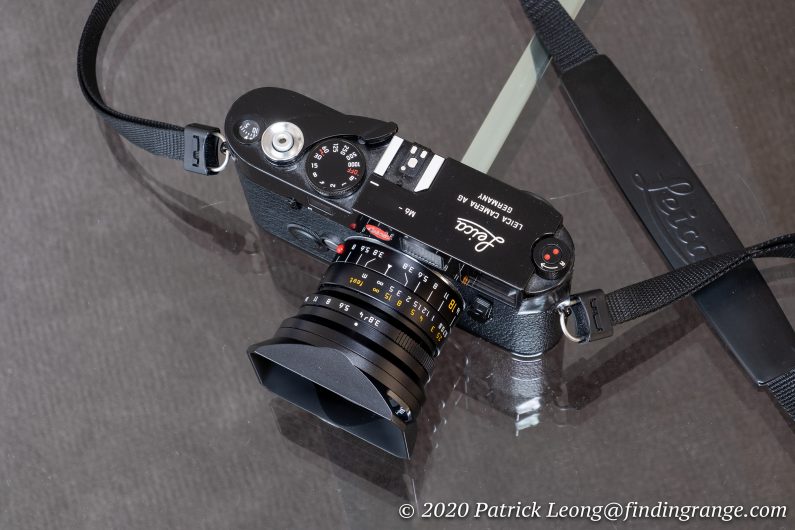 ↑ Here’s a top view of the lens attached to the M6 TTL.

What’s particularly great about the 18mm Super Elmar is its overall size and weight.  The lens is downright compact.  It’s similar in size and feel to a standard 50mm, and it not only looks like it belongs on an M body, it also balances quite well with one.  It’s never front heavy or anything like that.  The Super Elmar-M 18mm also weighs just 310 g, so this is a lens that’ll be easy to carry around all day.  Of course, with its largest aperture being only f3.8, the lens isn’t fast, which is part of the reason for its compact size and lower weight. 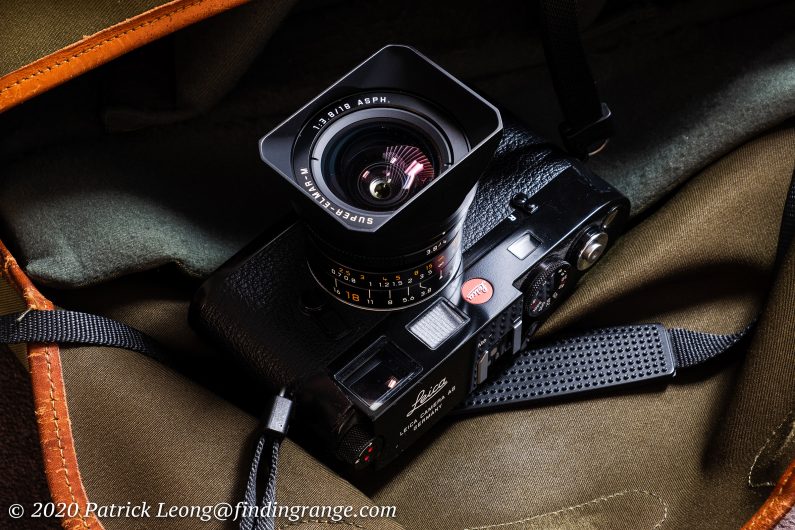 ↑ Here’s another shot of the Super Elmar-M 18mm f3.8 ASPH with the Leica M6 TTL Millennium.

For some, its maximum aperture speed may be a turn off but for me, I prefer a smaller design for my ultra wides.  I love fast lenses like most of you out there but only for particular focal lengths; I usually stop down when I’m shooting with ultra wides (and I imagine I’m not the only one in this camp), so it doesn’t benefit me much to have a faster one.  It just adds more weight to my bag, and will probably cost me more money ;).  I’ve shot with the 18mm quite a bit for years.  Even with its modest maximum aperture, the 18mm was one of my most used lenses at one point in my photographic career. 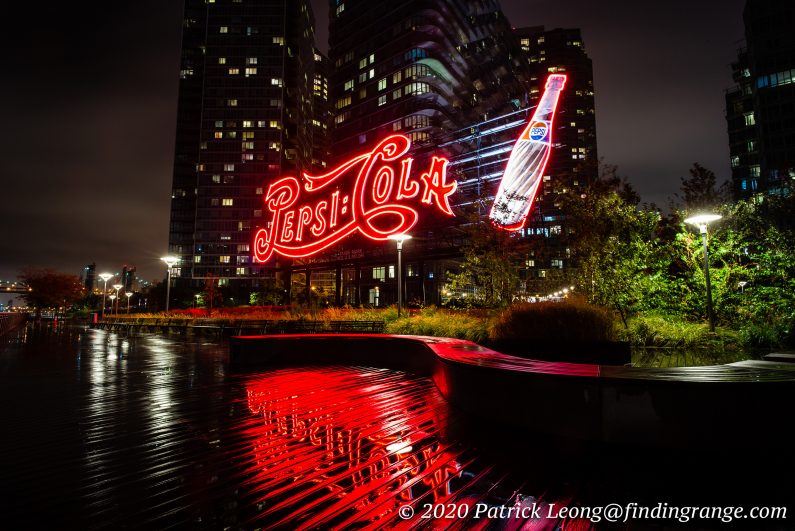 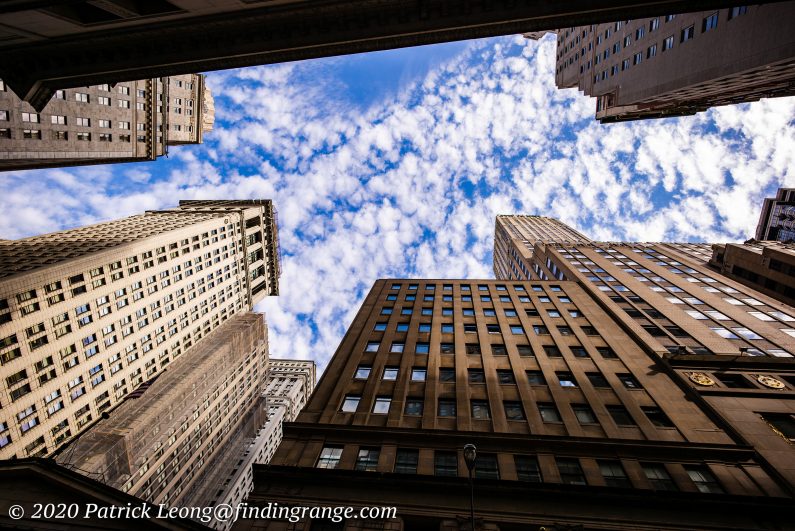 Also, it’s worth noting that the Super Elmar-M 18mm f3.8 ASPH does come with a lens hood, and one that I really like quite a bit.  It’s a screw on type where the thread just gets tighter near the end, which means you won’t have any problems with the hood coming off accidentally.  In fact, it’s actually designed to stay on permanently, which is fine because it’s not that big or cumbersome either.  The lens cap slides right over the lens hood.  The reason the lens hood designed to stay on instead of being removed all the time is because the front element actually protrudes out a bit.  So, the lens hood is designed to give some physical protection for that front element. 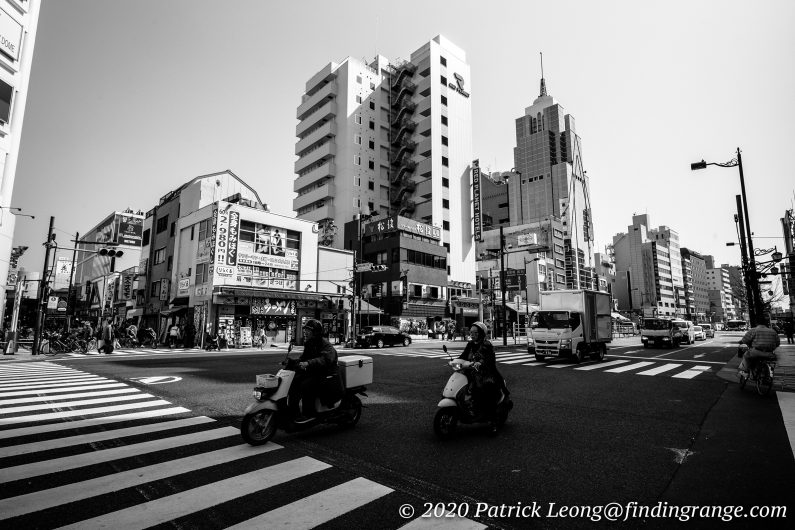 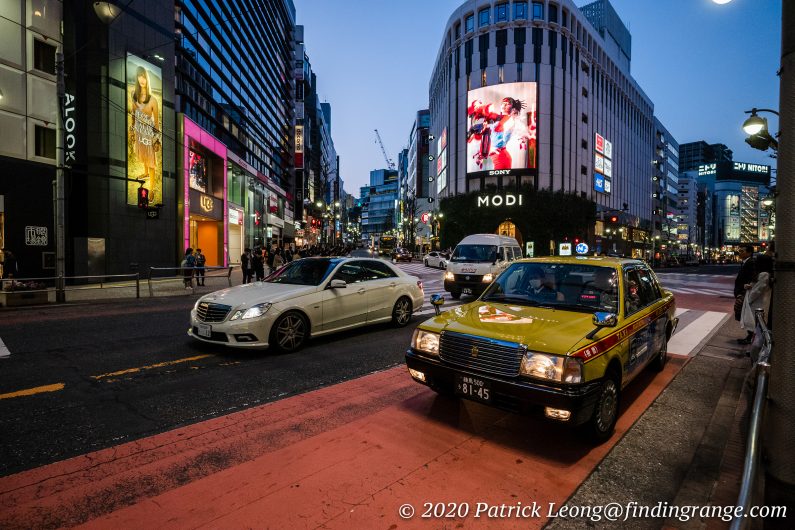 Now, here’s the thing: if you want to use a filter, you’re obviously going to have a problem because first off, there is no filter thread, and second, the front element protrudes out.  So, Leica designed a filter holder that basically replaces the lens hood.  It’s made of metal, and it has a 77mm filter thread.  I have the filter holder, which I will discuss more in great detail in my review but overall, it works but it isn’t in my opinion, the best design. 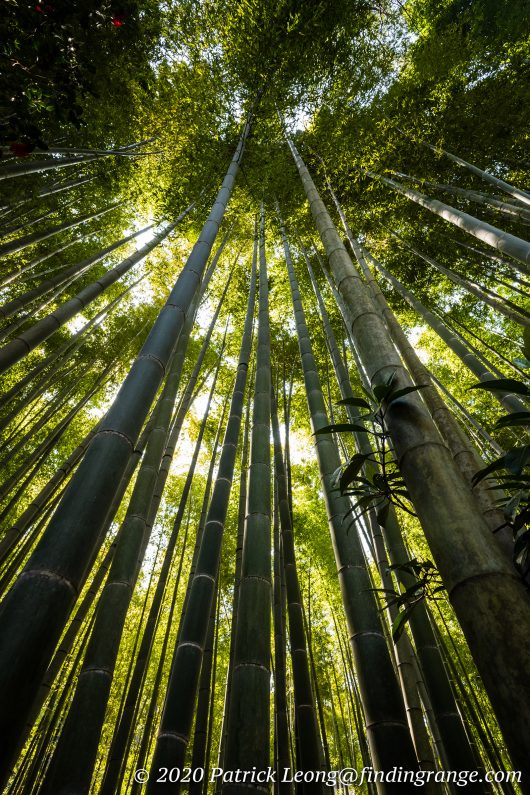 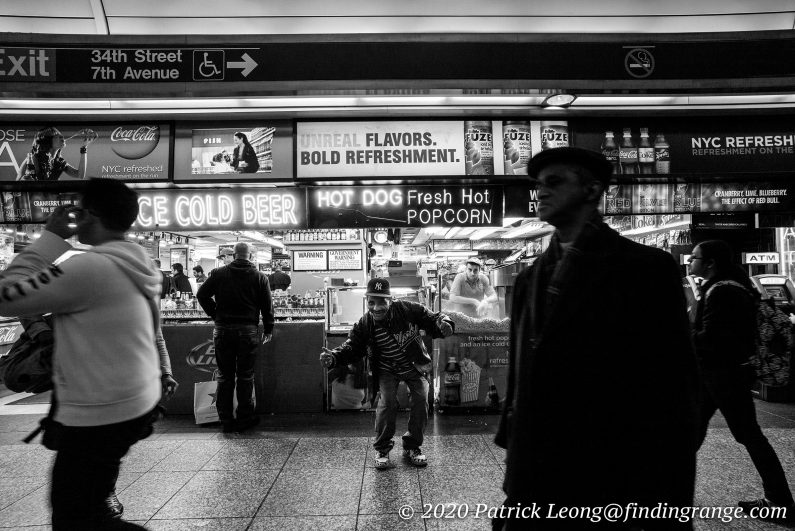 But besides that, the Super Elmar-M 18mm f3.8 ASPH has been one of my favorite lenses of all time partially because I do love the focal length but also because the image quality is truly exceptional.  For one, this lens is incredibly sharp.  It retrieves tons of detail, and there’s such nice depth to the images.  Contrast and color rendering are excellent.  You don’t really get the shallow depth of field but the plus side is at max aperture, so much is already in focus because of the large depth of field of an 18mm that most of the time, all I have to do is point and click.  In fact, that’s what I love about wide angle lenses in general.  I set this lens at say f5.6 or f8, and that’s it: I just point and click. 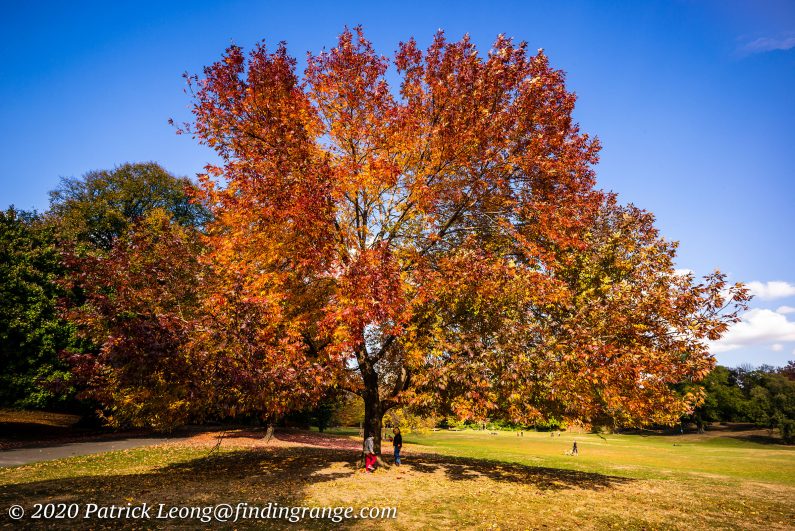 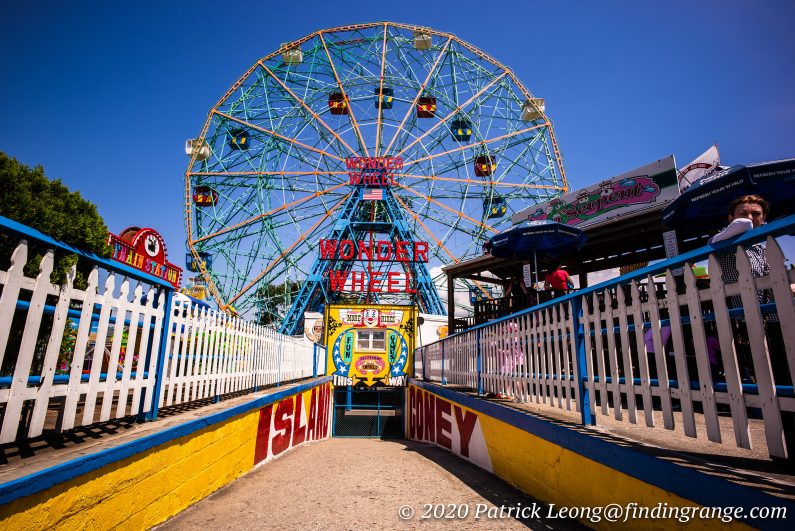 That’s it for my first impressions of the Super Elmar-M 18mm f3.8 ASPH.  I know this is an older lens but benefit of not putting out a review on this lens for so long is that I had the time to try it on several cameras, which include Leica M 240, M10, SL, and even the Sigma fp; I’m glad to say it has performed fantastically on all of them, and I will show examples from each camera in my review, which you should expect soon.  In fact, I’m about half way done with it.  If you have any questions, you can always ask me below.  Stay tuned, and thanks for stopping by!