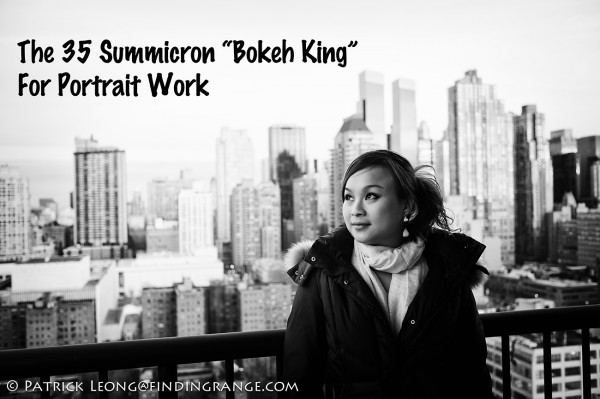 A Leica 35 Summicron For Portraits?:

The 35mm focal length is probably the most popular focal length for Leica M’s.  There are several reasons for this: a 35mm is wide enough to fit everything in the frame but isn’t completely effected with the negative effects associated with wider angles.  Because it is a wide angle, it’s also easier to learn how to pre focus.  A 35mm can also focus closer to get that “up close and personal” feel.  There are several other reasons for why Leica owners prefer the 35mm as their main focal length but this post is not about that; it’s about using the 35 Summicron (Version 4, IV or 7-element) or as some refer to as the “Bokeh King” to take portraits.  (By the way, I will be doing an extensive review of the 35 Summicron Version 4 at a later date.  This post is just a sneak peak at what this lens can do).

With so many nice portrait lenses produced by Leica, such as the 75 Summilux (which I reviewed here) or my favorite, the 50 Summilux ASPH, why bother using a 35 Summicron?  It’s not exactly flattering to use a wide angle.  Well, sometimes you’re in a tight area, and you can’t fit everything in the frame.  Other times: you just don’t want to kill the moment.  My 35 Summicron is attached to my camera a lot…sometimes a moment comes along, and you just don’t want to ruin it by changing your lens.  Us Leica people are use to fix focal lengths, and we make due :).  Lastly, my biggest reason for using a 35mm for portrait?  I actually like using a 35mm, particularly a 35 Summicron because it’s so small and non-threatening.  It really brings you in close to your subject (which is a huge reason to use a Leica), and people don’t get intimidated by my Leica M9 (check out my M9 review here) and 35 Summicron combo. 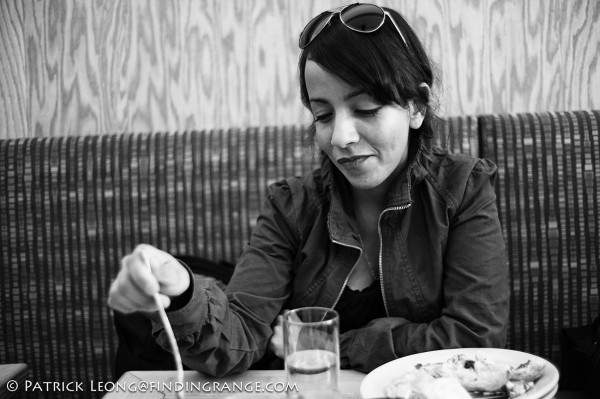 ↑ Up close and personal: What a Leica M9 and 35 Summicron were made for.

The idea for this post actually came to me a couple of hours ago when I was busy organizing my hard drives, which are completely filled with photos and a complete mess :).  I kept running into portraits I took, and I was surprised that a lot of them came from my 35 Summicron Version 4.  I have two copies of the 35 Summicron ASPH, and ASPH version is actually my preferred 35mm.  I really like it better than my Version 4.  I think it performs better, and I personally like the bokeh better.  But I shoot more portraits with my Version 4 than my ASPH version, which leads me me ask the question: is there something about the older 35mm that makes me always come back to it for portraits? 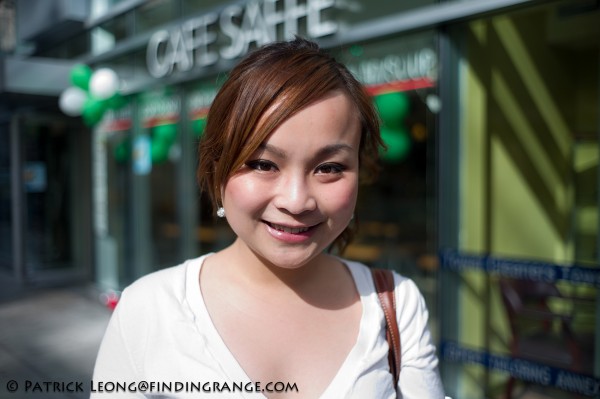 ↑ Here’s a photo that came straight out of Camera Raw with no photoshop done.  The 35 Summicron Version 4 produces very smooth images that aren’t as contrasty as the newer ASPH version.  I think the fact that it’s less contrasty helps here.

So what makes me use this lens for portraits?  I think its the imperfections that makes the 35 Summicron Version 4 produce such pleasing portraits.  Don’t get me wrong; it’s an amazing lens with very few imperfections but the 35 Summicron ASPH is a better lens, and has definitely improved on the 35 Summicron Pre-ASPH.  But the fact that the 35 Summicron Version 4 is less contrasty, less sharp, and there is more coma and stigmatism (which actually helps create the beautiful bokeh) contributes to this lens’ unique characteristics especially for portrait work.  All of this combines, and creates a lens with a beautifully unique signature, that IMO, is hard to find in any lens from any manufacturer nowadays.  As I said before, I have two copies of the 35 Summicron ASPH (a painted black on and a silver one) but I can’t seem to sell my Version 4.  I just don’t want to let it go because the Pre-ASPH version really has a nice character to it. 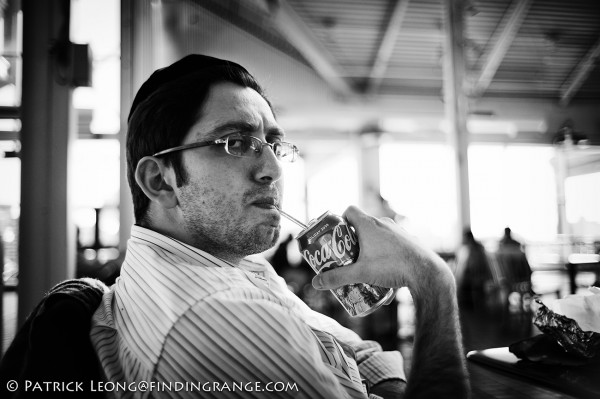 ↑ The 35 Summicron Version 4 might not be as sharp as it’s ASPH brother but it does offer a lot of character.

Portraits shot with this lens wide open are especially appealing.  All of these portraits in this post were shot wide open, and look at them: There really is something nice about the 35 Summicron Pre-ASPH especially when shooting wide open.  It’s definitely not as perfect when shot wide open when compared to the 35 Summicron ASPH but I think that’s what makes photos shot with the pre-ASPH so pleasing.  Sometimes things are just too perfect, and a little imperfection can help.  While I think the ASPH is superior to the pre-ASPH version, the pre-ASPH version has a certain character to it that seems to be lost in the newer ASPH version.  Don’t miss understand me, there is character to the ASPH version; it’s just different.  I believe that the bokeh in the ASPH is better but there is something nice…kind of sensual about the bokeh in the pre-ASPH version that’s not found in the newer ASPH version.  The ASPH version offers a creamier bokeh but the pre-ASPH offers a smoother look that really helps flatter the subject in the photograph.  It’s softer, less contrasty, less perfect, and the word that comes to me is delicate, which is something you’re really looking for in portraits.  The new ASPH version is perfect in every way but with that perfection comes the newer Leica look to it.  I love the new Leica look.  The ASPH is insanely sharp, contrasty, and perfect…but sometimes it’s just nice to have a little imperfection, and that’s where the Pre-ASPH comes in. 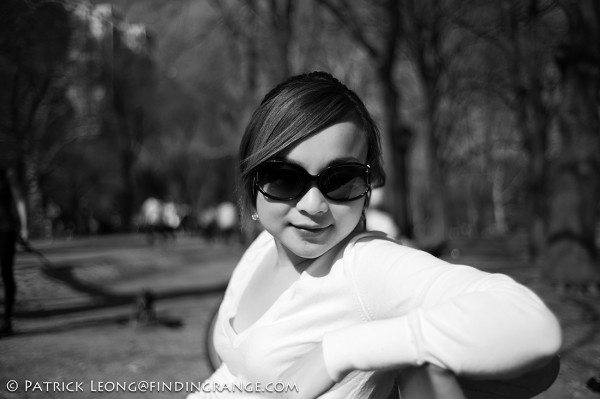 ↑ I love this photo because it has such an old school, Audrey Hepburn look to it. 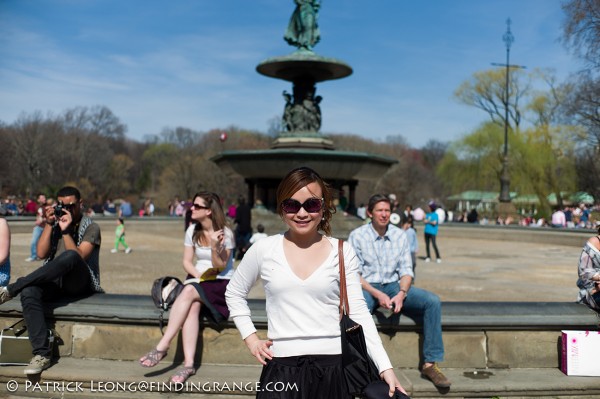 ↑ The 7-Element 35 Summicron is not as contrasty as the ASPH version but I like that sometimes. 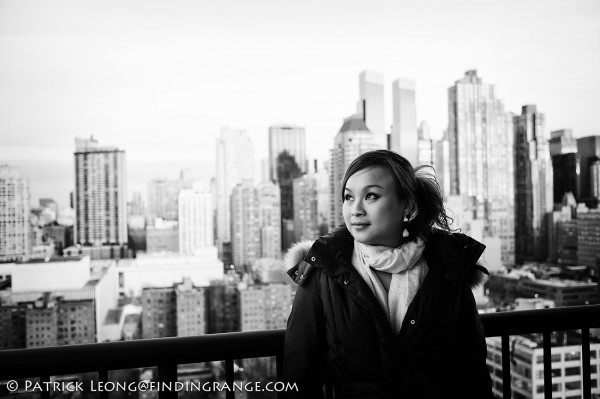 Well…last words for now at least :).  I will definitely be writing a more extensive review on the 35 Summicron Pre-ASPH with plenty of examples in the near future.  I’m pretty sure many of you like this lens especially those of you who are new to Leica, and want to save some money after buying something like a Leica M9.  This is a great lens with plenty of character, and ideal for portrait work even though it’s a 35mm.  I love how my subjects look when shot with this lens.  There is something special about this lens…Dare I say it…The 35 Summicron pre-ASPH has got a little magic :).  Anyway, for now, I hope you enjoyed the photos, and here’s a couple more. 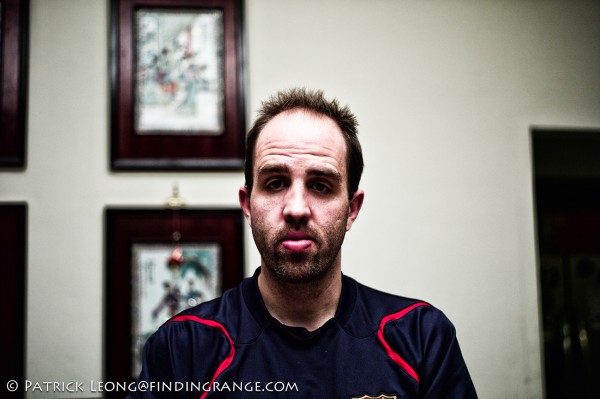 ↑ The 35 Summicron Pre-ASPH has a really nice glow. 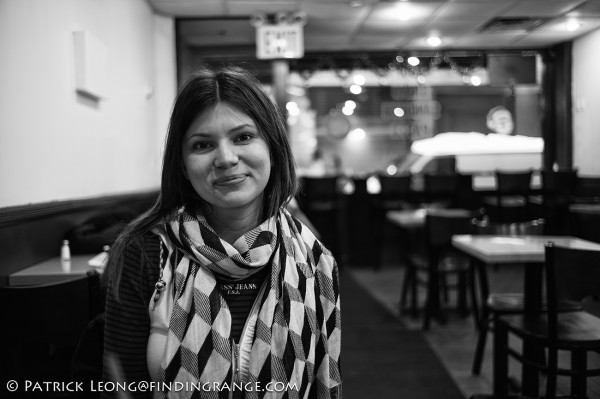 ↑ Images are always nice and smooth with the 7-element 35 Summicron.  This lens can definitely compete with the best of them still to this day.