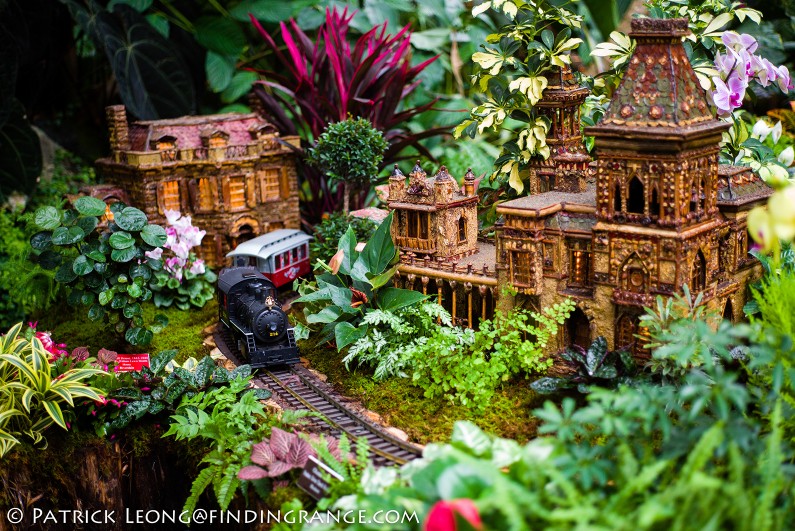 I think the best time to be in New York City is during Christmas Season.   I lived here all of my life, and it’s my favorite time of the year.  Holiday decorations adorn nearly every part of the city making things feel very festive, especially if there’s also a little snow on the ground.  There are also some great events that occur during this time of year.  For instance, I went to the New York Botanical Garden in the Bronx the other day to see the annual Holiday Train Show.

For those who haven’t seen this yet, the Holiday Train Show at the New York Botanical Garden has been going on for 23 years.  This year, there are over 20 electric model trains, zipping by more than 150 New York City landmarks made from various materials like twigs, leaves, bark, seeds, and even plant species, such as, Chinese Honeysuckle.  You will see landmarks like Grand Central Terminal, various famous skyscrapers, the World’s Fair Showcase, and even the Statue of Liberty just to name a few.  The large NYC bridges like the George Washington Bridge and the Brooklyn Bridge tower over everyone and are just amazing.  You can even see the electric trains moving right across them. 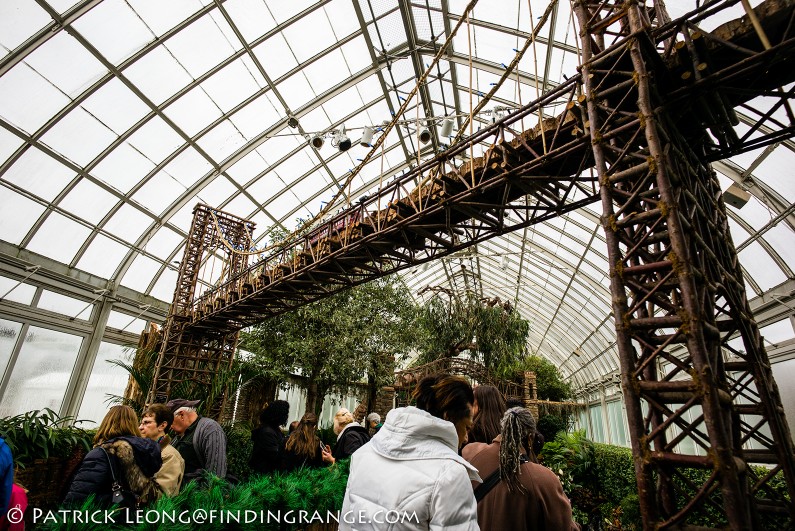 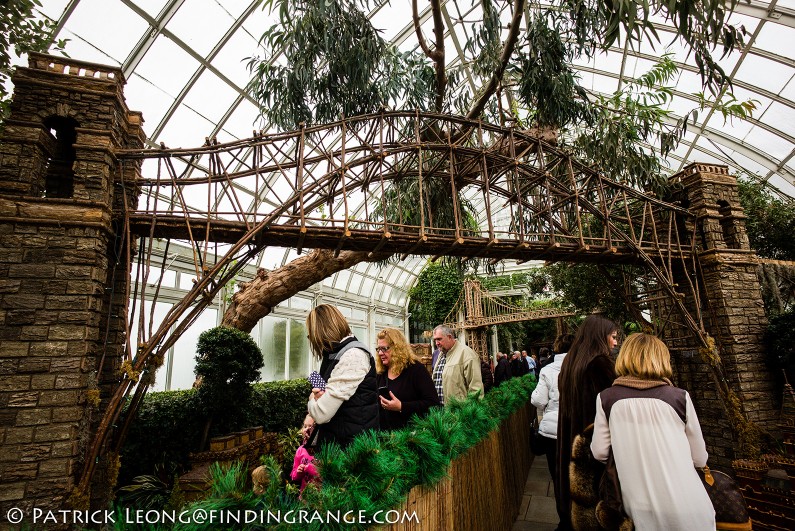 ↑ Hellgate Bridge.  I took a picture of the real Hellgate Bridge along with a bunch of photos from Queens at night and posted it in October.  See the pic below: 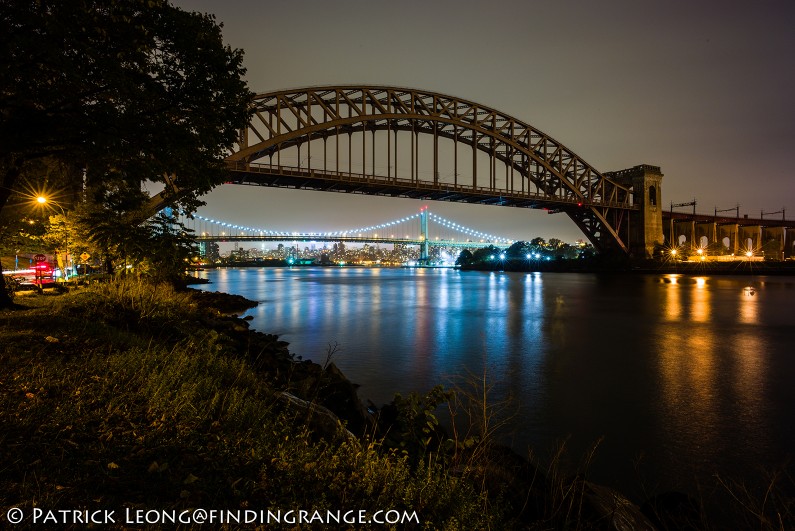 ↑ For more pics of Queens at night, check out this post. 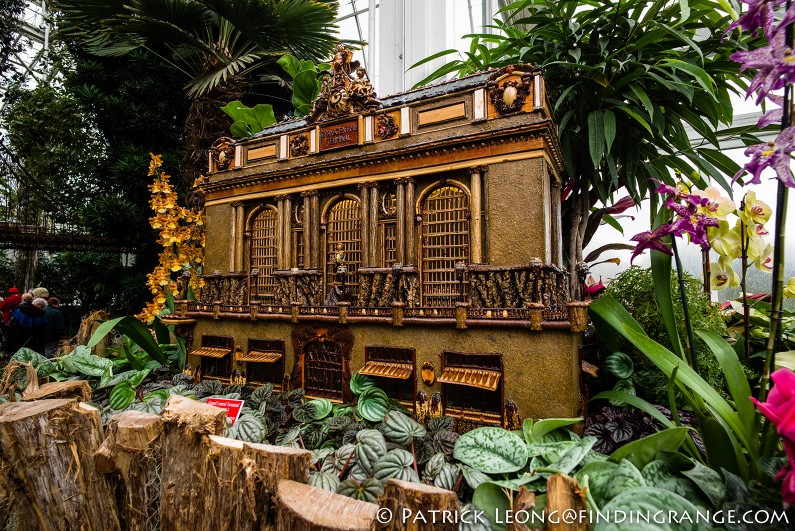 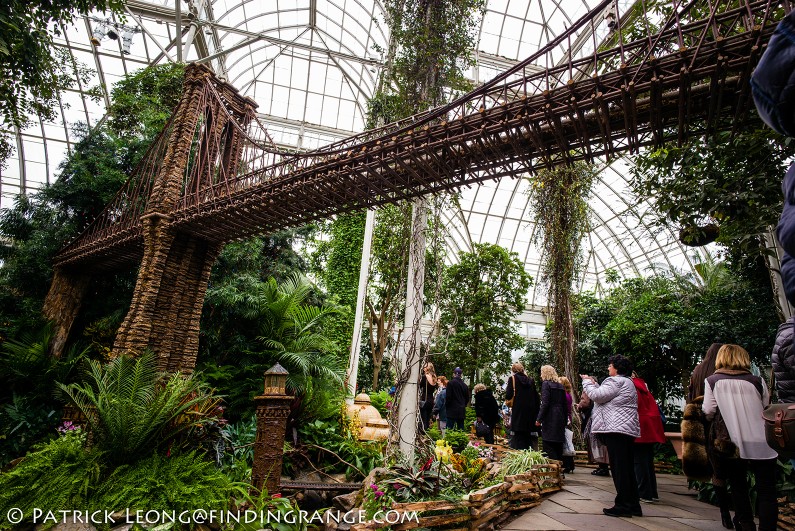 As for what camera gear I brought, my bag consisted of the Leica M 240, the 18mm Super Elmar, the 50mm Summicron, and the 75mm Summilux.  But most of the photos here were shot with the 18mm.  The photos were also all shot at high ISO to give me a fast enough shutter speed to capture the moving trains.  In some cases I also wanted to use a smaller aperture because I wanted more in focus.  Since I’ll be posting a review of the Leica X Typ 113 soon, I brought it as well, so I’ll probably post a few shots from it at a later date. 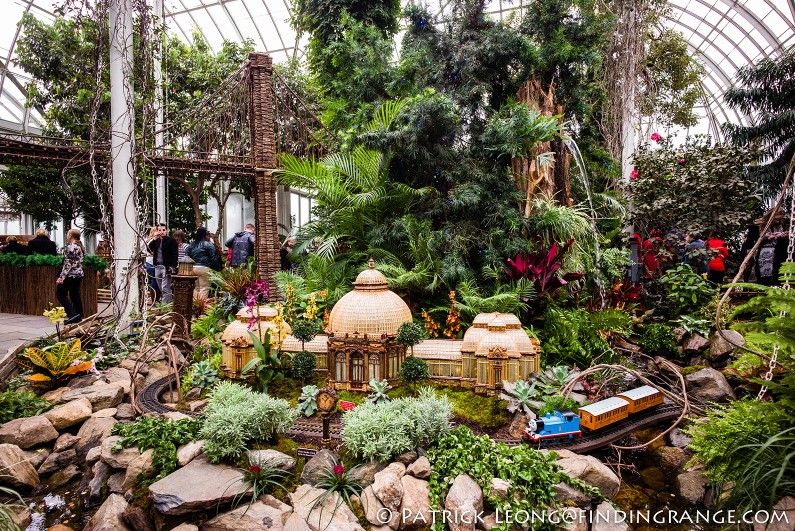 ↑ The Enid A. Haupt Conservatory. 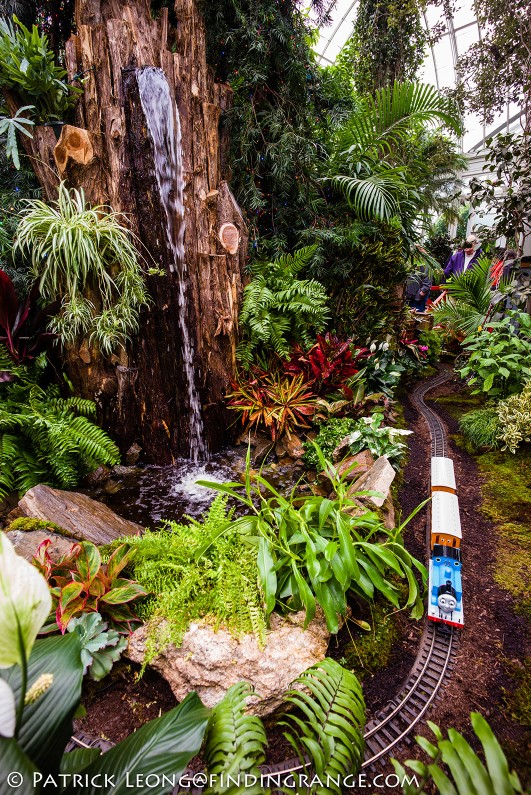 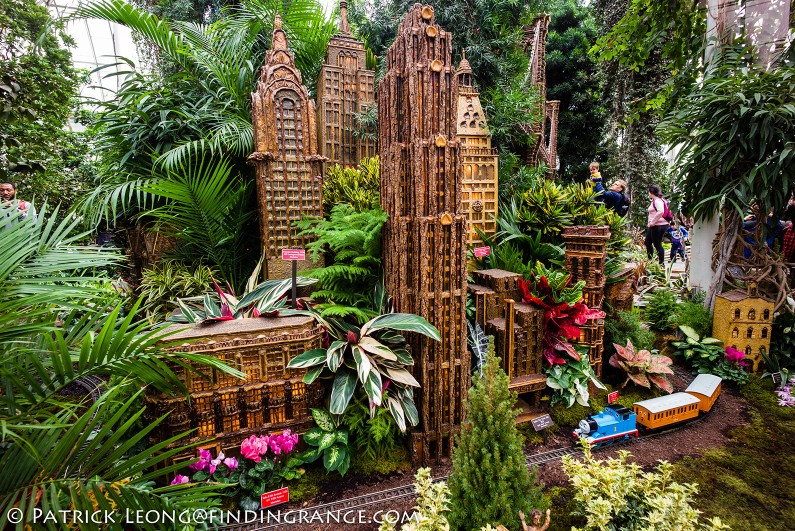 Sometimes I get emails asking me what are great places one should visit if they plan to visit NYC.  The Holiday Train Show at the NYBG should definitely be on that list.  In my opinion, the New York Botanical Garden has some of the best exhibits in general, and this show is no exception.  The Holiday Train Show is a fun time not just for kids but for all ages.  It’s unique, it’s creative, and it will definitely put a little of that Christmas spirit in you.  You can clearly tell that the people who created the show put a lot of work into it.  I had an absolutely fantastic time.  It’s located in the Enid A. Haupt Conservatory, so it’s well heated, which is a great place to visit if you’re looking for somewhere warm to go during this time of year. 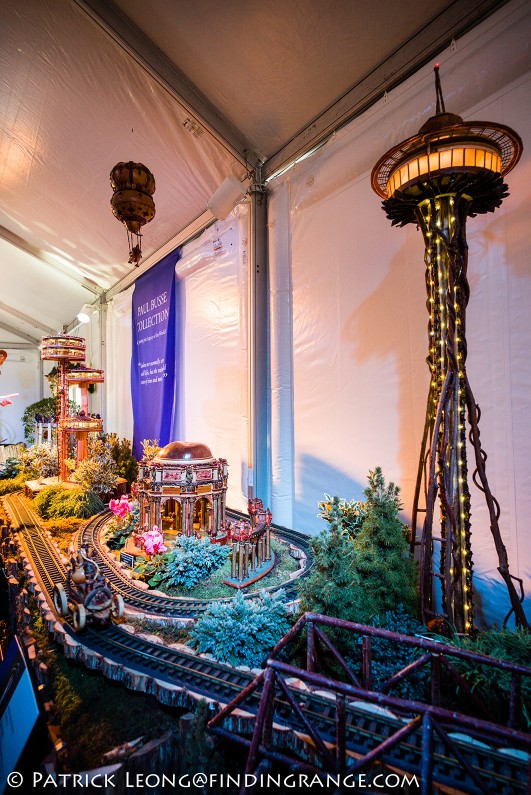 ↑ To celebrate the 50th anniversary of the 1964 World’s Fair that was held in Queens, the Holiday Train Show has famous landmarks from it, such as, Tent of Tomorrow at the New York State Pavilion. 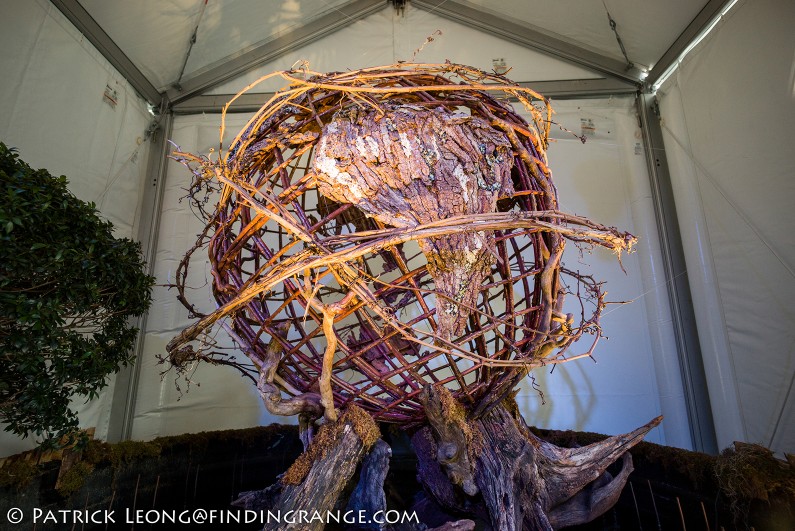 ↑ The Unisphere from the World’s Fair.  The real Unisphere is still at Flushing Meadows Corona Park in Queens. 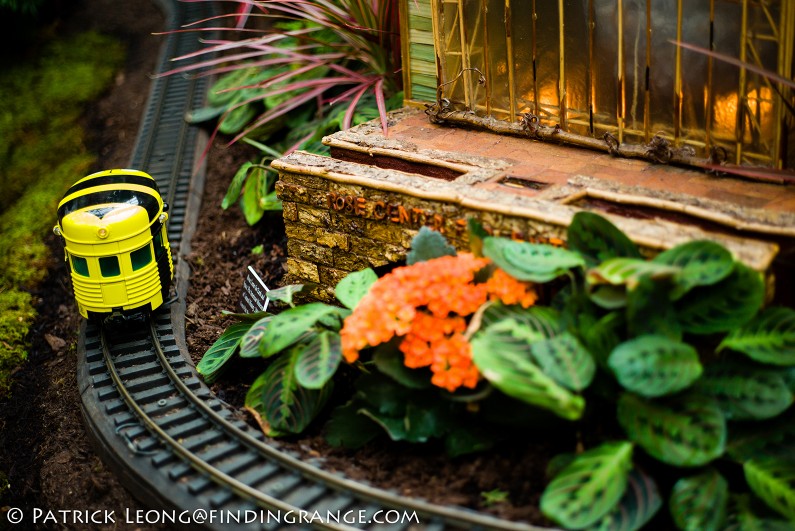 ↑ Rose Center for Earth and Space. 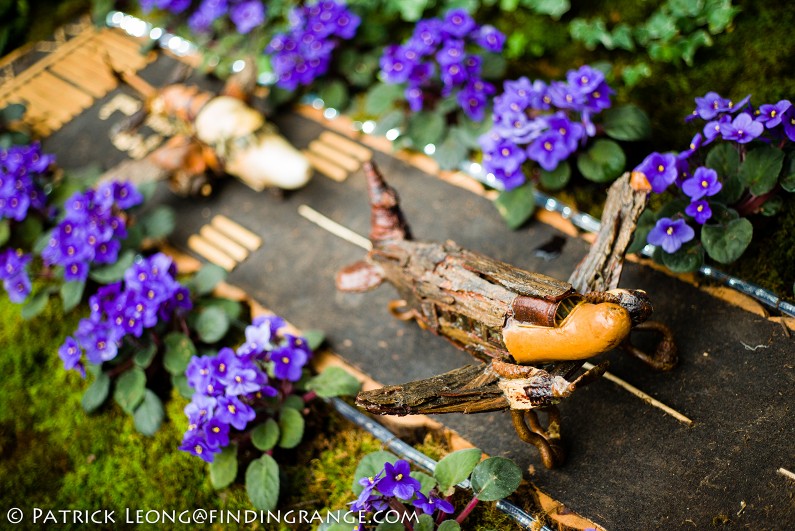 The Holiday Train Show started on November 15th and runs until January 19th.  It’s a popular show especially on weekends, so my suggestion is to buy tickets online just in case they sell out at the door.  I hope you enjoy my photos from the Holiday Train Show and thanks for stopping by! 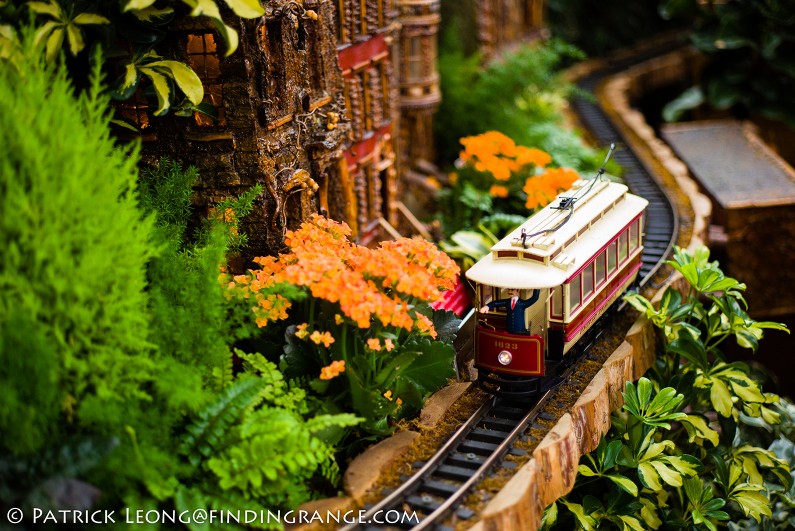 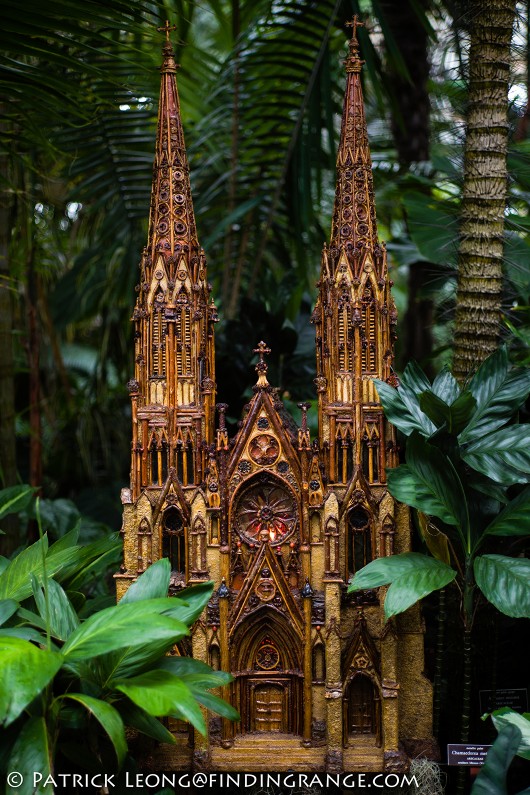 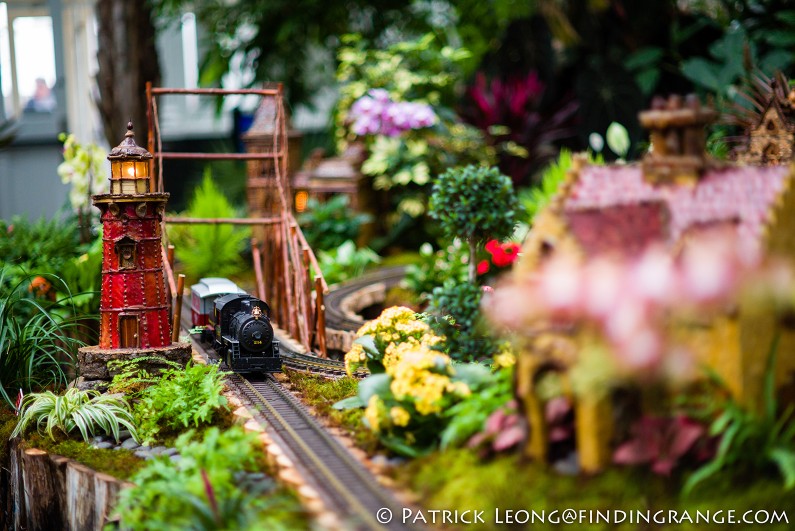 By the way, if you want more info about the Holiday Train Show, check out the Botanical Garden’s official site.