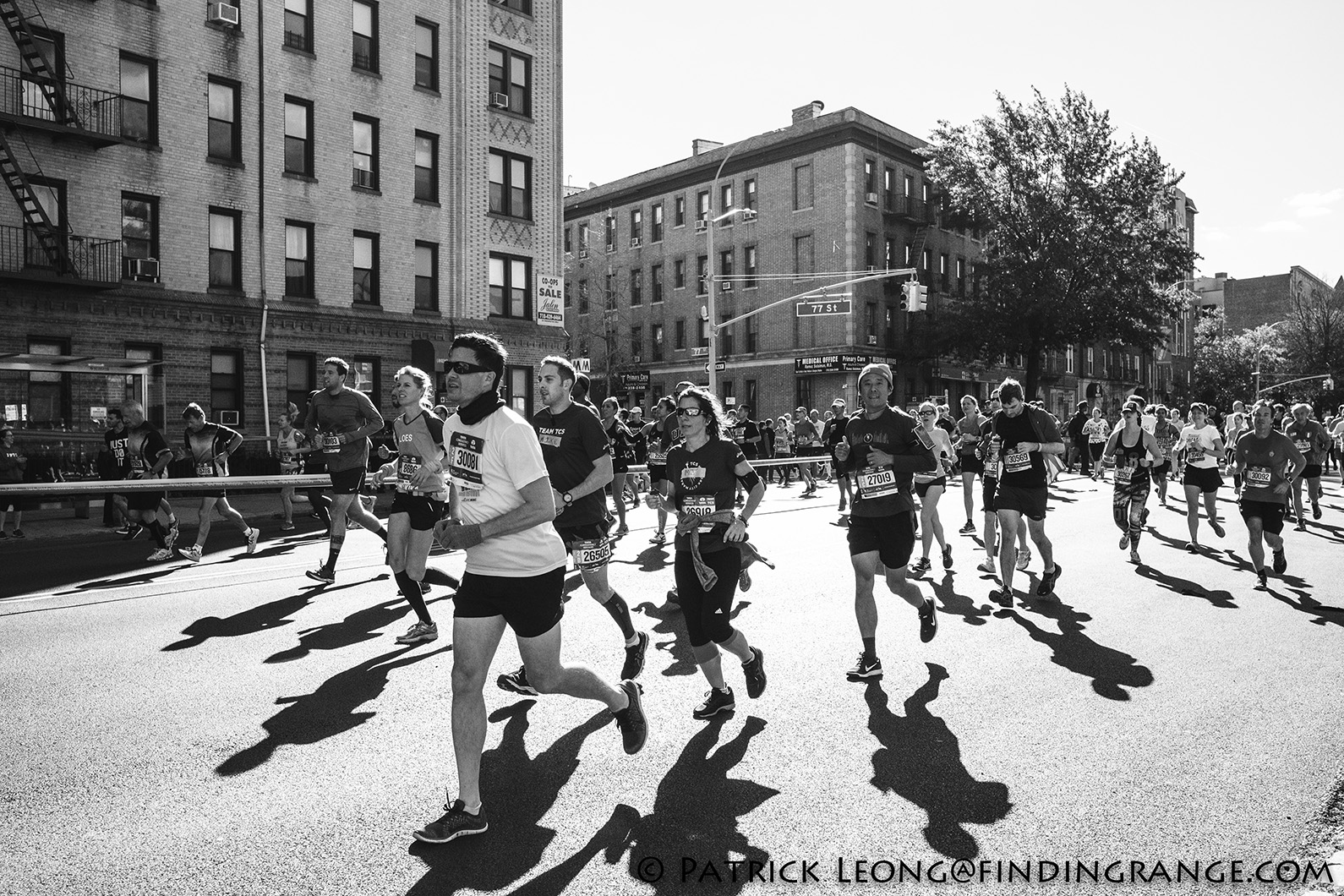 Hey everyone!  I woke up at the crack of dawn with only one goal in mind, and that was to finish my XF 23mm f2 R WR lens review, so I could post it by today but unfortunately, things don’t always go as planned :).  I am just not finished with it.  I’m almost finished though…I’m at the home stretch.  I apologize to those who have been waiting for it, since I did say I would post it by today latest.  It’s been a busy couple of weeks, and I’ve been playing catch up a lot.  I’ve also been doing a lot of post-processing, so expect a few reviews coming along with some picture posts.

For now, I thought it would be cool to post up this image from the NYC Marathon considering it happened just last week.  Plus, it was taken with the XF 23mm f2, and as you can see, it can obviously focus fast enough to keep up with runners, and it’s pretty darn sharp.  As some of you know, the NYC Marathon runs through all five boroughs but this was taken in Bay Ridge Brooklyn.

Anyway, I should get back to finishing up my XF 23mm f2 review.  Stay tuned!  It’ll be posted tomorrow!