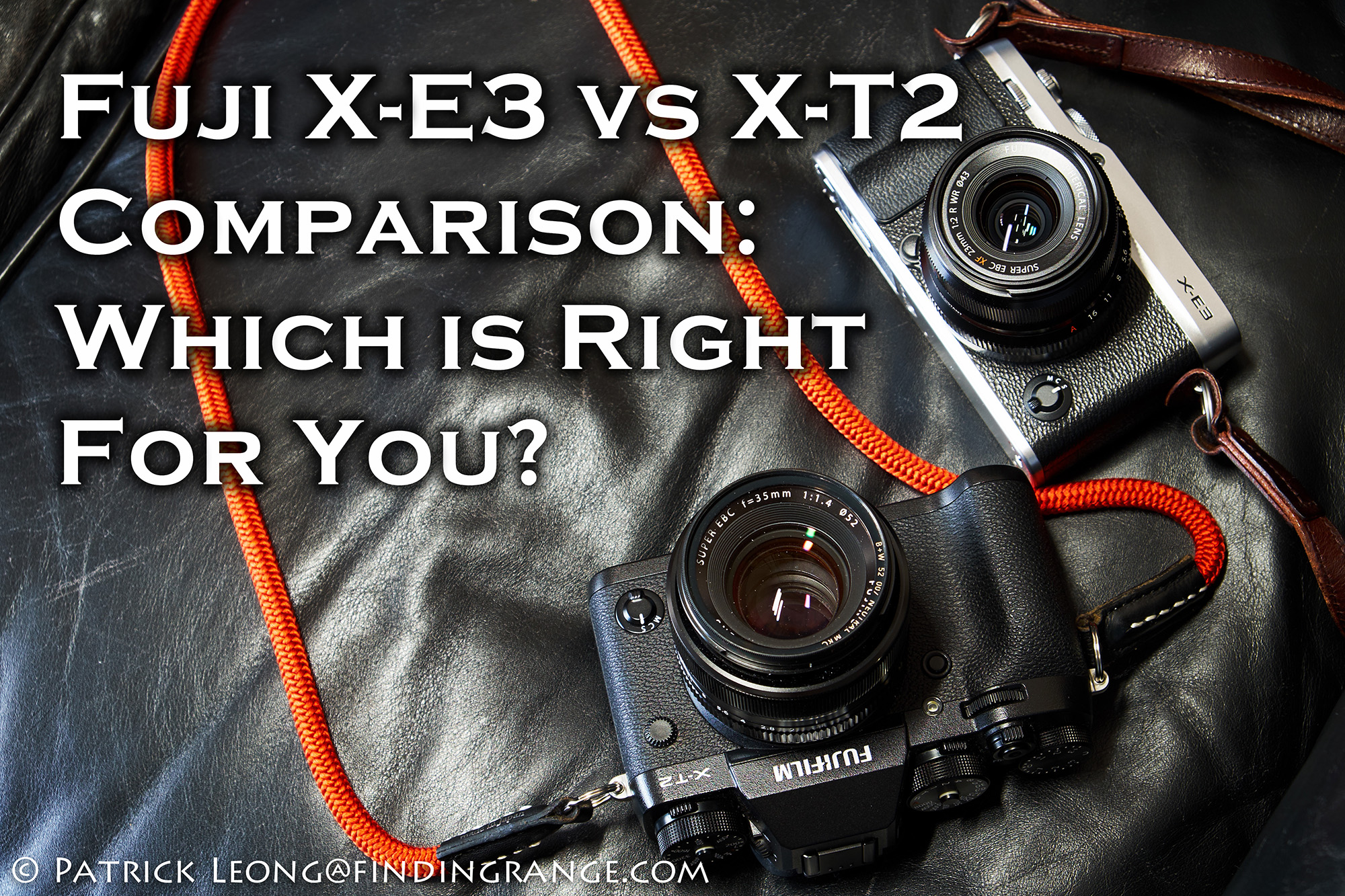 Fuji X-E3 vs. X-T2 Comparison: Which One is Right For You?

Apologies for the lack of blog posts lately.  I hurt my back from a sneeze out of all things lol.  Anyway, I thought I’d post something before Christmas, so here it is.  The current Fuji body that I own is the X-T2 but I’d be lying if I told you I wasn’t a little tempted by new X-E3 ;).  It’s a really nice camera.  It definitely has a lot to offer, and the price is decent.  While the X-T2 ultimately fits my needs best, I still found myself comparing the two cameras quite a lot in my head, and I’m sure I’m not the only one that did this or is doing this, so I decided to write up a little comparison between the two.  I won’t be just listing the specs.  I’m sure all of you can easily google for that information.  In this comparison, I am listing what would be the major selling points for myself after having used both these cameras in actual real world settings.  While I may be listing the differences that are important to me, feel free to add anything else in the comment section that I haven’t mentioned.  Let’s get started.

So, the Fuji X-T2 is definitely a compact camera but the X-E3 is even smaller.  In fact, it is currently Fuji’s most compact interchangeable lens camera in the X Series system.  Its size is really great for things like street photography and travel.  This is the type of camera you won’t want to leave at home.  You can easily put it in a briefcase or even a coat pocket.  What I particularly like is that you’re not sacrificing in terms of image quality either.  They both still have that 24 MP X Trans APS-C sensor, share a lot of the same electronics, and can use the same lenses. 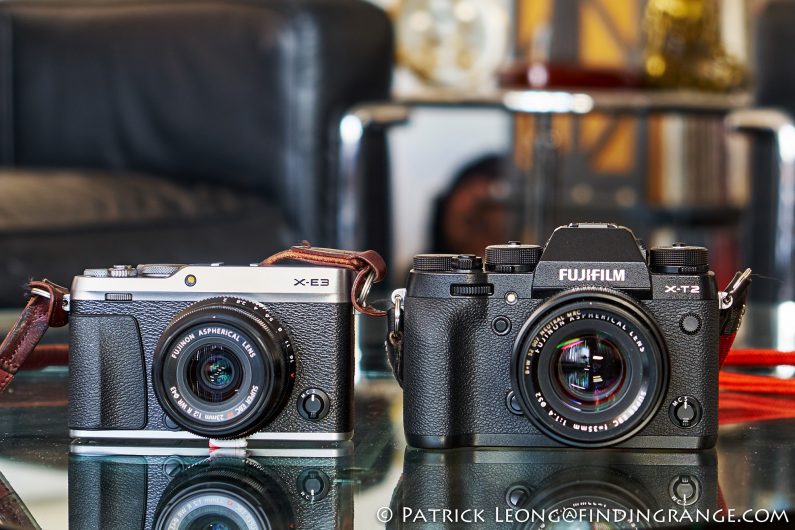 So, it seems like the X-E3 has won out in this section but here’s the thing: I found it was more comfortable to use the X-T2 with larger lenses.  The X-T2 just offers more support, and feels better balance with bigger lenses not just because of the handgrip but also in terms of weight and size.

This leads me to the other feature I would like to discuss: the X-T2’s optional Fuji VPB-XT2 Vertical Power Booster Grip.  The vertical grip can be quite useful if you shoot a lot of portraits.  Not only does this make it easier to shoot in portrait orientation, the grip also holds two extra batteries, which will significantly extend battery life, so you can get around 1,000 shots.  Lastly, the grip also brings some performance improvements to the X-T2 as well (see my VPB-XT2 review).

In terms of overall build, both cameras are made well but the Fuji X-T2 wins out here.  It feels less plastic-like, and this is definitely attributed to the fact the X-T2’s entire body is made of magnesium alloy where as only the top and bottom plates of the X-E3 are magnesium alloy.  Then there is also the weather and dust sealing on the X-T2.  Unlike the X-E3, the X-T2 also has dual memory card slots.

As for the viewfinder, both use a 2.36 MP EVF but while the Fuji X-E3 has a 0.62x magnification, the X-T2 has a 0.77x magnification.  This may not seem that significant but I definitely noticed the difference when I was using the X-E3.  The X-E3’s viewfinder is great; there’s absolutely nothing wrong with it but I really did miss the X-T2’s larger magnification.  It’s also worth noting that I prefer the eye cup on the X-T2.  It’s more comfortable.

While both cameras can shoot up to 8fps, the X-T2 has a larger buffer (specs are below).  When the electronic shutter is used, both can shoot up to 14fps.  However, if you use the Fuji VPB-XT2 Vertical Power Booster Grip on the X-T2, you can shoot up to 11 fps with the mechanical shutter.

Another feature that I would’ve liked to see on the X-E3 is a tilting display.  It’s funny because I didn’t really care too much for a tilting display until I bought the X-T2.  Now, I use it a lot when I shoot at a low angle.  It also helps quite a bit when I have my camera really high up on my tripod, and I can’t reach the viewfinder.  The X-T2 not only comes with a tilting display in the traditional sense, it’s display is a three way tilt, so it is able to tilt in portrait orientation or vertical mode. 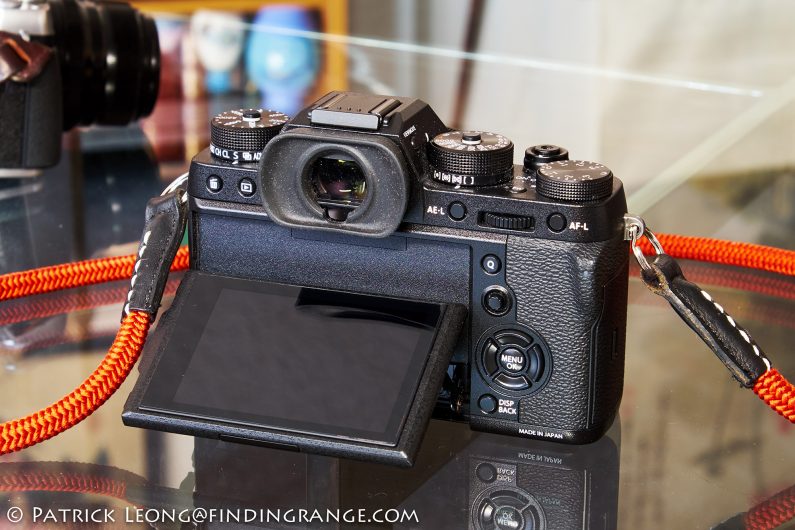 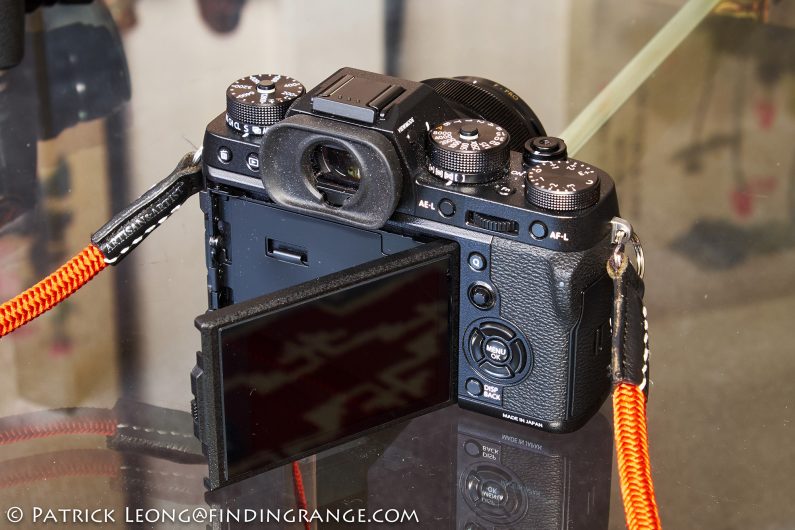 The Fuji X-E3 however, does have a touch screen.  But at least for me, this isn’t a super important option, since I don’t really use this feature much.  But I’m sure there are many out there that find this option useful.

In terms of the controls, both cameras have those great little switches and dials on the top plate.  One of the reasons I love using the Fuji X Series cameras is because of these retro-like dials.  However, one thing I feel is missing on the X-E3 is an ISO dial.  There might not be enough space for an ISO dial like the X-T2’s but one similar to the X-Pro2’s would be nice.  The X-T2 also has locking dials but I actually prefer the non-locking ones on the X-E3.  The dials offer enough resistance that I never experienced any problems with accidentally changed settings.  Also, this version of the X-E camera does not have the four way direction buttons on the back panel, which I really like.  There’s less clutter on the back, and an unencumbered area for your palm to rest. 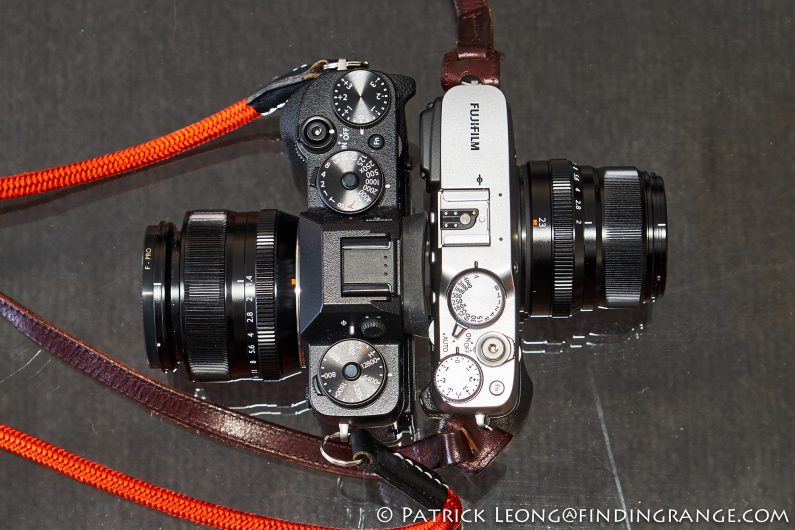 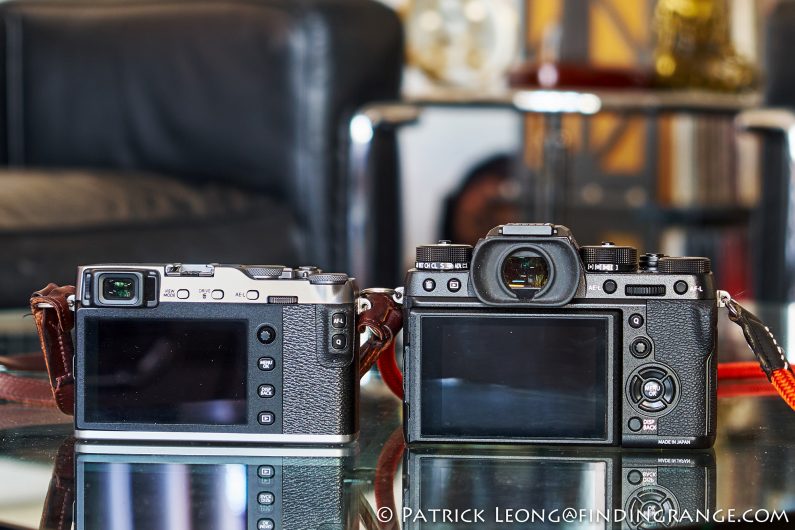 While both cameras can can be controlled with an app, and have the ability to transfer images wirelessly, the Fuji X-E3 is the first X Series camera with Bluetooth.

So, that’s it for my mini-comparison between these two fine cameras.  The truth is, you really can’t go wrong with either one of them.  Both share the most important qualities like the autofocus system, image quality, and lenses.

The X-T2 is definitely the more fully equipped of the two.  Things like the larger magnification viewfinder, dual memory card slots, 3 way tilt display, weather sealing, and better build just to name a few are designed to appeal to serious enthusiasts and professionals.  Then there is the VPB-XT2 vertical handgrip that not only makes it more convenient to shoot in the portrait orientation, it also enhances the performance of the X-T2, and extends the battery life.

But the X-E3 definitely has a lot going for it as well.  For one, it is not only smaller than the X-T2 but lighter as well.  It has a less encumbered back panel, and a touch screen.  Its rangefinder-like form, and functions are also sure to appeal to many photographers.  Plus, there’s a savings of $600 when compared to the X-T2 yet you’re getting the image quality, and an autofocus system that is on par with its flagship sibling.  This might especially appeal to a newcomer to the X Series system because with the money saved, one could also purchase a decent lens.

Bottom line is both these cameras have quite a lot to offer but I think it really comes down to personal preference as to which one is best.  Anyway, I hope this comparison helps some of you.  Again, I only listed the differences that I myself thought were particularly notable, so if you have others that I didn’t mention, feel free to list them down below in the comment section.  Happy Holidays, and thanks for stopping by!

Thanks for taking the time to read my comparison!  If you’re considering purchasing the X-E3 or X-T2, and my comparison helped you decide, please help support this site by purchasing from any of the links in this review.  It will not cost you anything extra.  Thank you for your support!