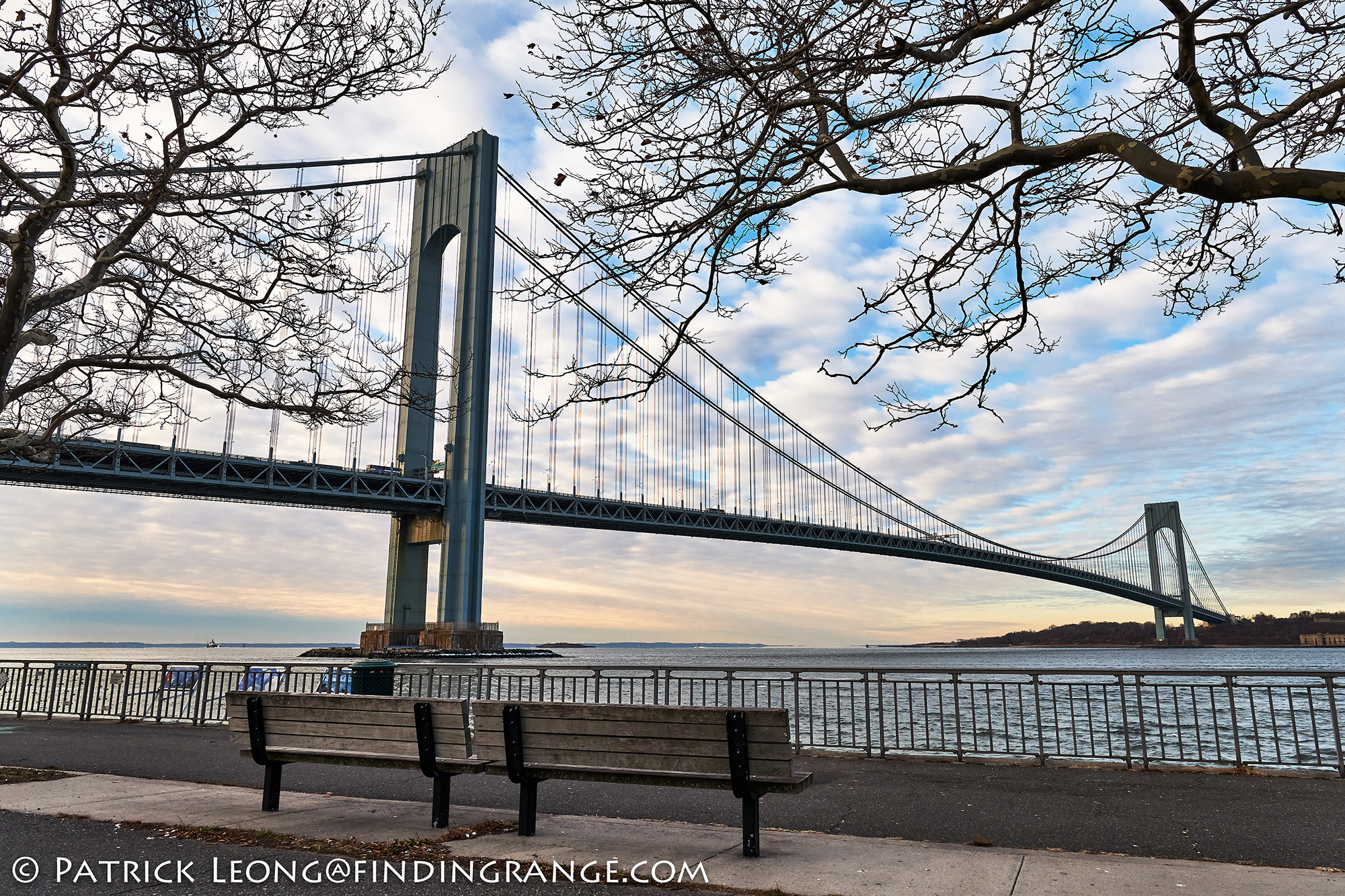 Rest Stop Near The Verrazano Bridge:

It is a very cold day.  In fact, it’s been a very cold week with temps dropping further this weekend.  I was out today in the morning, and I was driving on the Belt Parkway (somewhere around Brooklyn), and I had my Leica SL with the 24-90mm, so I decided to stop at a rest stop because I wanted to take a few pictures of the Verrazano Bridge.  I really enjoy photographing bridges for some reason, and while you always see the Brooklyn and Manhattan bridges in pictures, you don’t see much of the Verrazano :).  I thought the clouds, and the lighting were kind of cool too.  Well, not only was I the only one out there, I really only managed to get a few quick snaps of the Verrazano at different angles, and I basically jumped back in the car.  It was way too cold out, and I was definitely not dressed properly.  I was out for maybe a few minutes, and I couldn’t feel my hands.

So, here’s a photo of the Verrazano that I thought came out okay.  I processed it through Capture One.  I’ve been a Photoshop user since I started digital but this past year, I’ve done most of my RAW processing through Capture One.  I really like it a lot.  There are things I still depend on Photoshop for, so I don’t think I could use Capture One exclusively but it’s definitely a great photo editor.

Anyway, as for posts, I’ll be writing up some new stuff soon.  I mentioned earlier in another post that I hurt my back last week.  It’s been a slow recovery, so it’s been hard to carry gear around.  It’s also hard to sit in front of the computer for long periods :).  I think I’m going to dive into reviewing some Leica gear, since I haven’t done so in a while now.  I’m going to start with maybe a full review of the 18mm Super Elmar-M ASPH f3.8.  I’ve had it for a few years now.  It’s probably not one of the more popular lenses but I love ultra wides, and if you ask me, this one deserves more attention.  I’ll also be out this weekend, so expect me to post what I shot.  I’m trying to convince one of my friends to come out with me, so I can take a few portraits.  In addition to posting them up, I was thinking I can also add them to my long-term SL review.

Now that I’ve updated you, I hope you have a great weekend, and thanks for stopping by!

0 comments… add one
Cravar Rana 15 Leather Camera Bag Preview
Fuji X-E3 vs. X-T2 Comparison: Which One is Right For You?