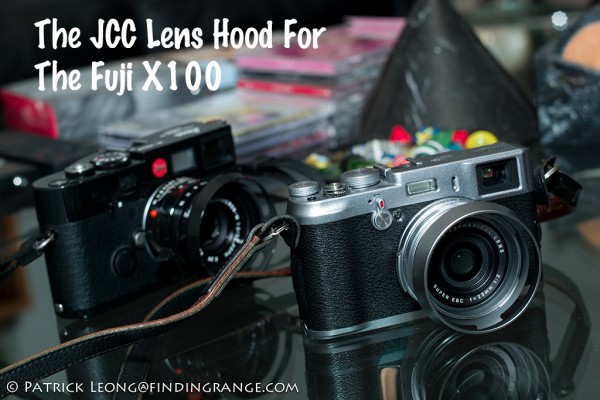 For those waiting for a Fuji X100 lens hood (I’m one of those people) or want a cheaper alternative than the one that Fuji sells, there are several options that can be found on Ebay or Amazon.  Wanna spend less than 25 bucks?  Amazon has one by Rainbowimaging that includes the Adapter Ring, Metal Lens Hood, and a 49mm Pro1D SMC UV Filter for 22 bucks (which can be found here)!  The X100 lens hood that I recently bought, and that I’ll be talking about today is made by JCC and it sells for $34.99.  It comes with both the lens hood and adapter ring, and you can find it here on Amazon.

So for this price, how good can build quality be?  Well, the build quality of both the adapter ring and the lens hood itself are great.  The adapter ring is made out of metal, and it screws on very smoothly.  The ring also allows you to screw on a 49mm size filter to your X100 which is kind of cool.  The JCC X100 lens hood, while a little light, is also made out of metal.  It’s definitely a high quality product. 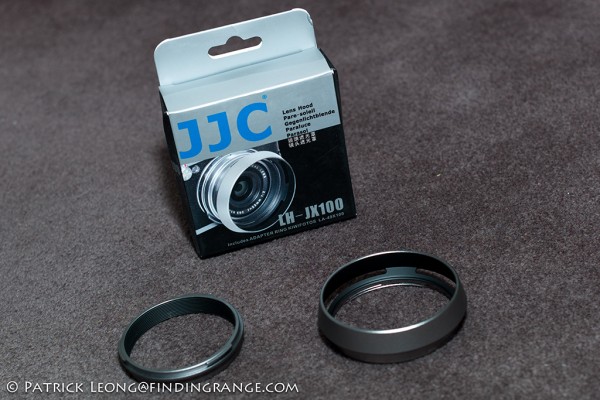 ↑ Here is the whole kit: the beautifully built lens hood and the adapter ring. 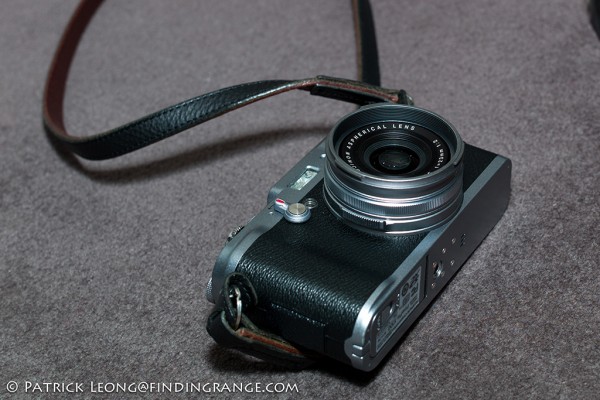 ↑ Here is a photo of how the adapter ring looks like on the X100. 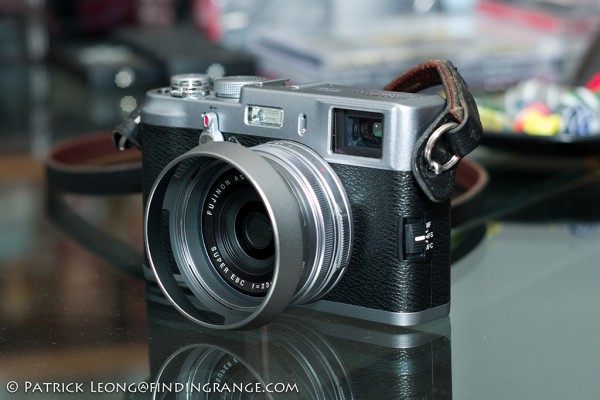 I didn’t really have a problem with flare before I bought this lens hood so I can’t really tell you that it helped reduce flare.  Nowadays, the coating on lenses are so good that often times, there isn’t as much of a need for a lens hood to help reduce flare.  So why waste the money?  Well, I bought the JCC X100 lens hood mainly to protect my front element from fingerprints, and bumps when I’m walking around New York.  It works great for this purpose because it is very similar to the one on the 35 Summicron ASPH, and I know that most people including myself keep the lens hood on the 35 Summicron mainly because it serves as a good protective barrier. 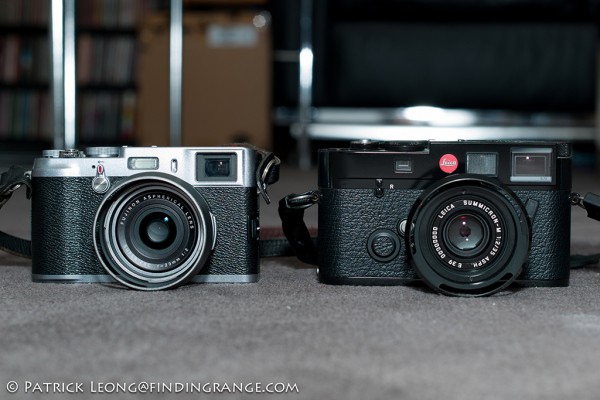 ↑ My Leica M6 TTL Millennium with matching 35 Summicron ASPH black paint next to the Fuji X100.

The lens hood is great overall but I wanted to mention a couple of things.  One thing that I do notice is that the JCC lens hood has a bit of play to it when it’s mounted to the X100.  It doesn’t seem to be much of an issue (it hasn’t fallen off yet) so I wouldn’t worry about it.  The JCC X100 lens hood definitely mounts to the X100 securely.  I throw my X100 with the lens hood in place into my bag, and it bounces around in there quite a bit.  The lens hood has not come loose once.  I just wanted to mention this so that people know what they’re buying but again, it’s not a big deal.

Another issue that people may want to know is that with the new adapter ring is in place, you can’t use the original lens cap anymore.  You could but it’ll fall off rather easily, and you would have to take the lens hood off.  This is a simple fix because If you want a lens cap, you can buy this cap from Amazon for less than $3.00.  It’s a center pinched lens cap so it will work with the lens hood in place, which is very convenient.  I ordered one today, and when I get it, I will put a couple of photos up.

Small issues aside, overall, the JCC X100 lens hood actually makes the X100 more joyful to use, and I personally love it.  It feels like a tight compact unit…similar to how a Leica CL feels like.  It’s great because now when I’m walking through a crowd, I can simply use the palm of my hand to cover the lens hood to protect the front element without actually touching the glass.  I can also hide the camera more easily with my arms and hands making me more discreet when I’m out street shooting.  It’s also great because now I can sling my X100 over one shoulder like how I carry my Leica, and not worry that my arm or whatever I bump into will mess with my front element.

And you know what?  The hood really helps make the Fuji X100 feel more like a rangefinder, and let’s be honest; while the X100 is not a rangefinder, many of us buy this camera because it has many similar qualities to a rangefinder.  And hey, the X100 looks kind a cool with the hood too ;).  Come on, part of the reason for why we love the X100 is because it is so retro looking.  Yeah, function is important but I like how something looks too :). 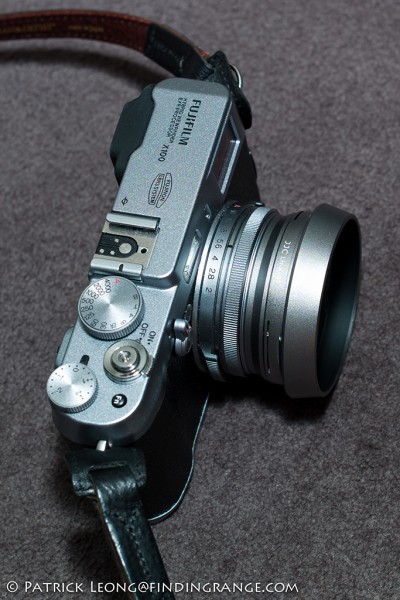 For this price…actually, even if it was priced more, the JCC X100 lens hood is a superb deal.  I highly recommend it.  The Fuji lens hood with adapter ring retails for what was it?  Somewhere around $139.00?  Some places are even selling it for more because they are still hard to get.  You can get the JCC version for $34.99 from Amazon.  That is cheap.  For many, there might not be a need to spend over $100.00 to buy the one made by Fuji.  I honestly can’t imagine the official Fuji version being that much greater but I will confirm this once I get one.  Maybe the color on the Fuji version will match the X100 better but seriously, I honestly don’t think that’s a big deal breaker.  You really have to look at the camera, and the JCC lens hood to actually see a little bit of a difference in color, and keep it mind that all you’re going to see is that the JCC lens hood is slightly darker than the silver on the Fuji X100.  I can’t imagine anyone not being happy with the JCC version especially if they end up saving over $100.00.  Think about it; you can use that extra money to buy a nice Artisan & Artist strap like the one I reviewed here :).