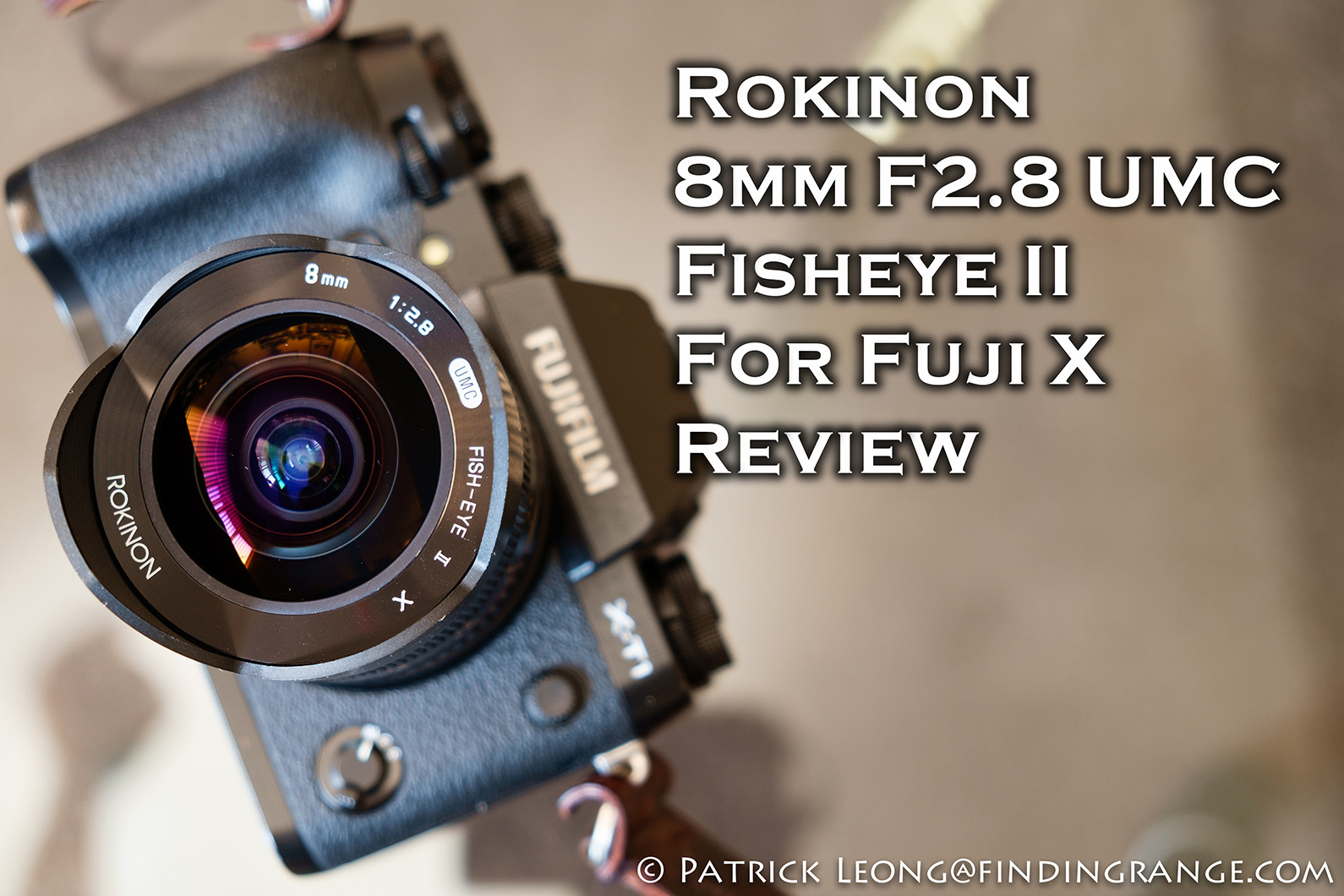 I love wide angles, so anytime I get a chance to try one out, I go for it.  I reviewed the first version of the Rokinon 8mm F2.8 UMC Fisheye a while ago (review here), and thought it was one of the best lenses ever made for the Fuji X Series.  Ever since then, it’s one of those lenses where I’ve always wish I had purchased one.  It was very reasonably priced, had decent image quality, and it offered such a unique perspective.  It was also downright fun to use.  Well, now they have a new version, the Rokinon 8mm F2.8 UMC Fisheye II, and I was able to get a copy for a short while.  This isn’t really one of my full blown reviews, since I already reviewed the first one and I didn’t have the lens for so long, so consider this a shorter review instead.

For the most part, the Rokinon 8mm fisheye balances quite nicely on the Fuji X cameras.  It’s extremely compact, especially given the fact that it has a wide open aperture of f2.8, and because of its size, it is quite easy to easy to lug around all day and it is discreet.  It’s also very light, which should come to no surprised given that the Rokinon 8mm fisheye is made out of plastic.  For the price, which is anywhere between $250 to $290, something had to give, and personally, I’d rather have a manufacturer use a cheaper material to build the shell of the lens than lose out on image quality.  Still, there are no creaks or rattles of any kind, and best of all, you are getting an optically excellent fisheye lens (but more on this later), and at a wide open aperture of f2.8, a relatively fast one as well.  You’re also getting a built in lens hood, a decent lens cap that actually stays on pretty well, and a choice of either a silver or black version.  The only issue that some may have is there’s no front filter thread but overall, for the price, I think this lens is a steal. 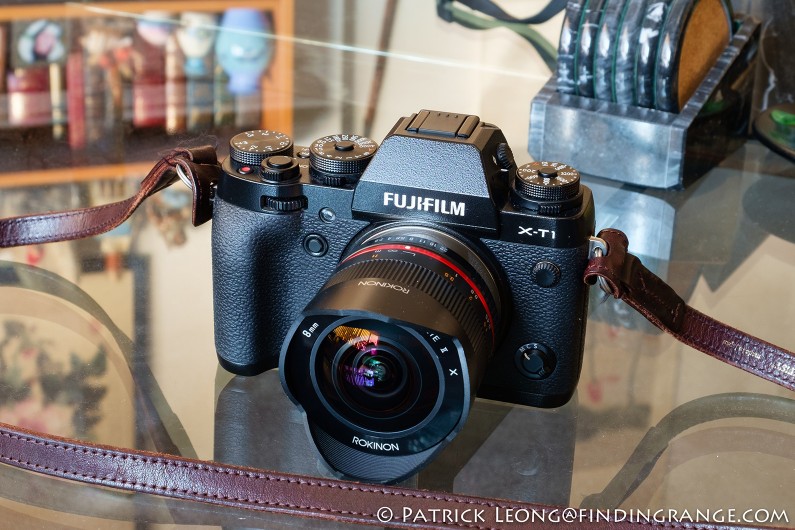 ↑ My Fuji X-T1 with the Rokinon 8mm Fisheye. 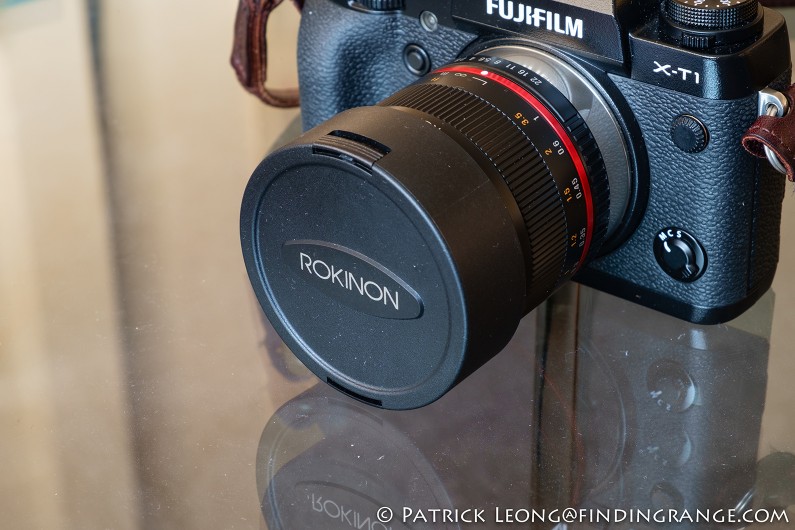 ↑ The lens cap covers the entire front of the lens including the lens hood.

As for functions, the Rokinon 8mm F2.8 UMC Fisheye II (B&H Photo/Amazon) has an aperture ring that is pretty stiff.  While I’d prefer a less stiff aperture ring, I’m ok with it because I don’t want to move it accidentally, and most of the time, I don’t change the aperture much with this type of a lens anyway.  If I can get away with it, I usually pick a nice small aperture anywhere from f5.6 to f11, so I can really capitalize on the fact that this lens is an ultra wide.  I try to take full advantage of the large depth of field. 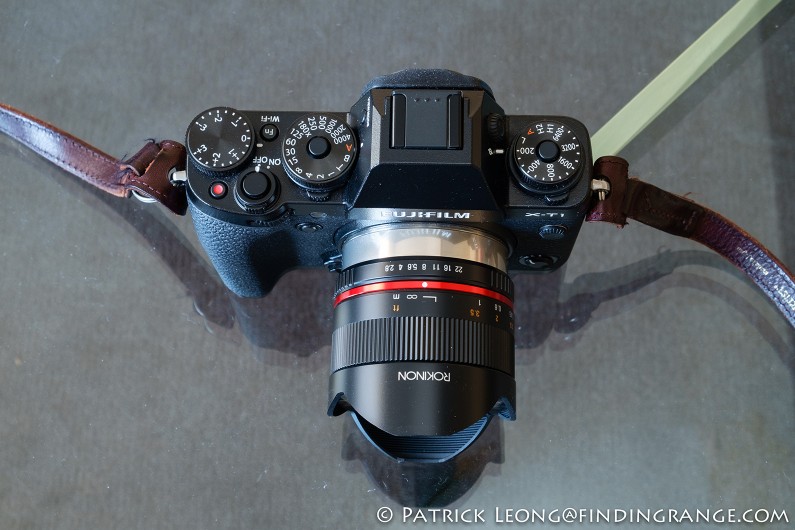 ↑ Here’s a top view of my X-T1 with the Rokinon 8mm fisheye to give all of you the sense of size.

In terms focusing, it is all done manually.  The focus ring is also stiff, which is something I’m also not a fan of but it doesn’t feel as hard to turn as the first version of this lens.  Also, keep in mind that with a lens like this, you probably won’t use the focus ring as much as say a lens with a longer focal length anyway.  It’s an 8mm (12mm equivalent) fisheye lens.  Even at f2.8, plenty is already in focus.  As I mentioned earlier, I typically shoot with smaller apertures when I’m using an ultra wide.  It’s one of the best reasons to buy an ultra wide in my opinion.

Of course, if you’re shooting very close, you might have to be more careful with focusing depending on your aperture and distance from the subject.  Luckily on the Fuji X cameras, we have focus peaking, which comes in quite handy in this type of situation but that’s where a depth of field scale would’ve also come in handy with this lens.  I’m surprised the Rokinon 8mm F2.8 UMC Fisheye II (B&H Photo/Amazon) didn’t come with one given that this is the second version.  I think a depth of field scale in general is very important on a wide angle manual focus lens given that a lot of people like me shoot at smaller apertures to take full advantage of the large depth of field.

Overall, anyone who ends up purchasing this lens is in for a real treat in terms of image quality.  The IQ is exceptional, and quite frankly, it’s at a level I expect from a lens costing a lot more than the asking price of this one.  First off, this is one very sharp little lens that I find is also quite contrasty.  If you stop this lens down a bit, it is even sharp right into the corners and edges. 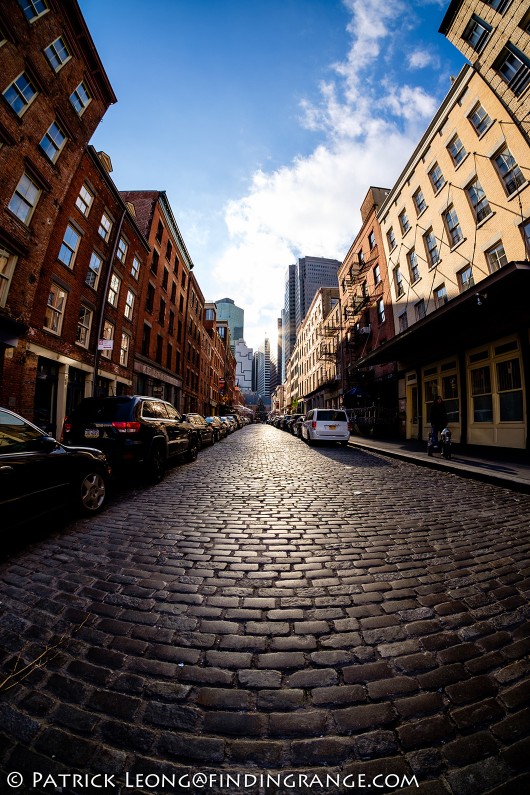 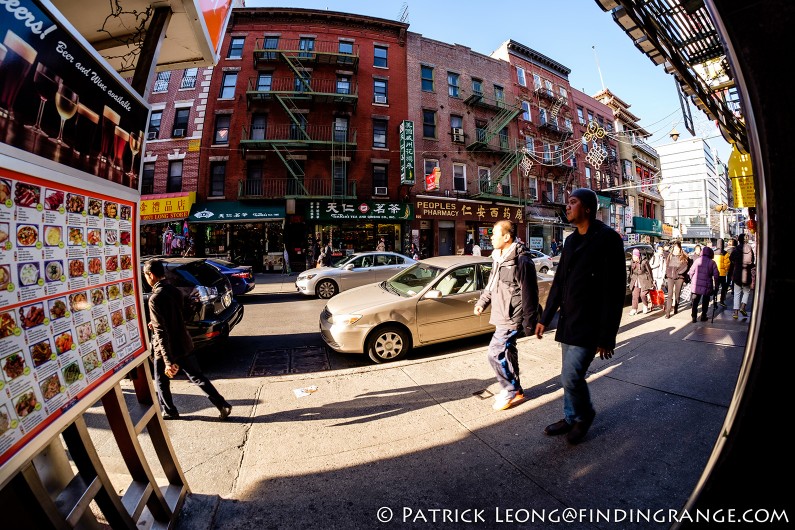 I particularly like the color rendering of this lens as well: the colors are vivid and if I had to choose, I feel the Rokinon 8mm F2.8 UMC Fisheye II leans more towards the warm side.  The time that I had this lens, the weather wasn’t particularly that great but even then, this lens still produced really decent colors.  Images are also very three dimensional with a lot of pop to them.  Just like the first version of this Rokinon 8mm fisheye, I am pleasantly surprised at the quality of the optics given the price and focal length of this lens.  Flare is also pretty well-controlled. 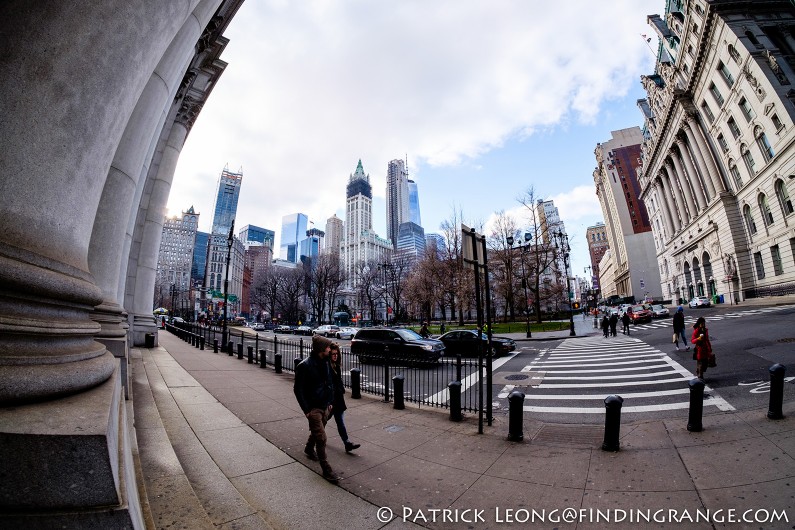 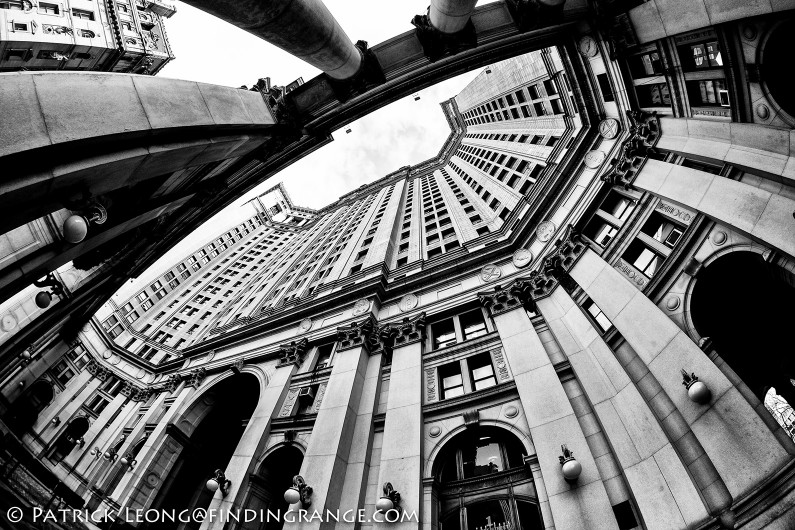 The only issue I had with image quality (and possibly related to build) was I notice that when I magnified my photos, the left side of my images were slightly softer than the right side.  At first I thought it was normal given the price of the lens, and the fact that it is an ultra wide fisheye but that doesn’t explain why it’s not occurring on the right side.  This was only on the outer left edge, so it wasn’t a huge deal, and I’m sure many wouldn’t even care that much (you really had to zoom in at 100% to see the issue more clearly) but it was consistent in all my images taken with this lens.  I did a little Googling, and found that there were a few other people that had a similar problem.  Some have mentioned that it could be a de-centering issue, so my advice if you are interested in purchasing this lens, is to simply buy from a reputable place like B&H Photo or Amazon where you know for a fact that they have an extremely good return or exchange policy.  Then you can at least get a good copy without fuss. 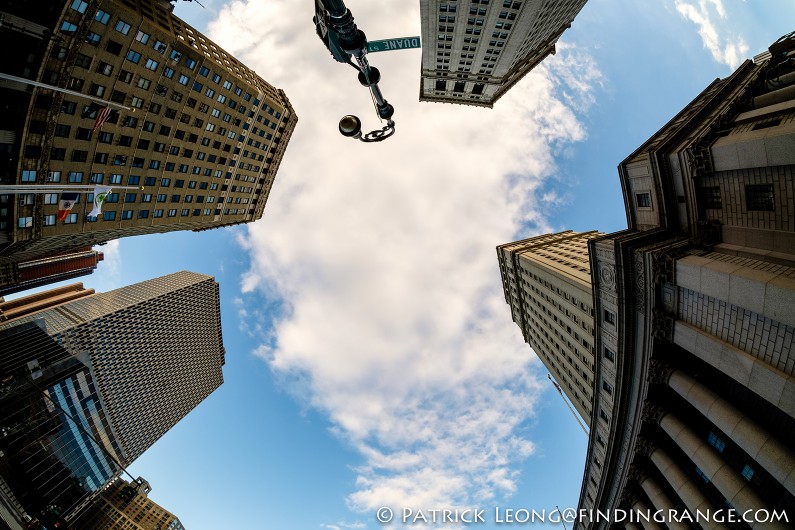 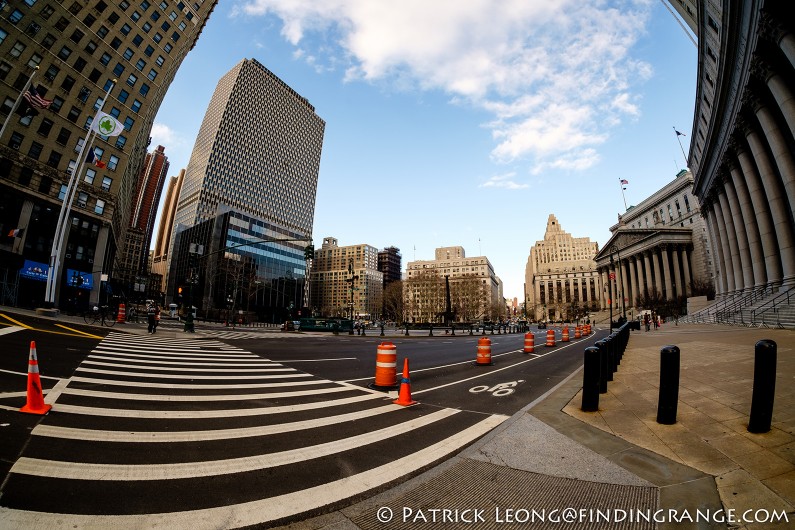 My copy of the lens wasn’t the best that Rokinon had to offer but hey, it happens.  It can happen with the most expensive gear out there as well.  Rokinon’s quality control may not be as good as some other manufacturers but given the price, can I really complain that much considering the build is solid, overall image quality is excellent, and I have this much fun with this lens?  I don’t think so.  This is still one of my favorite lenses for the X Series System.  Plus, as you can see in my images, my issue isn’t really that bad. 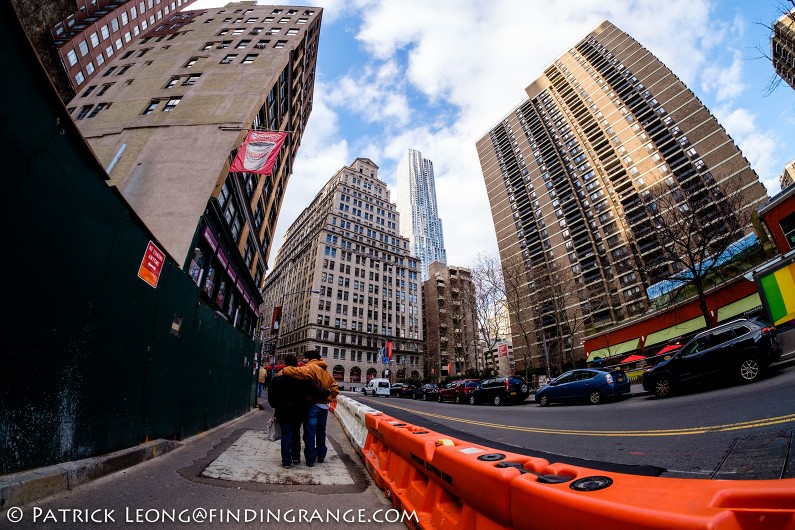 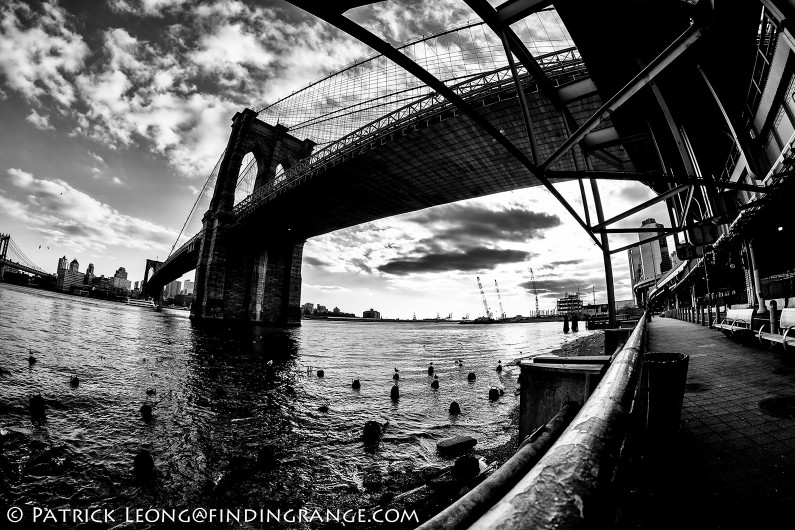 Overall, if you’re looking for a fisheye lens for the Fuji X Series System, I would definitely suggest you take a close look at the Rokinon 8mm F2.8 UMC Fisheye II (B&H Photo/Amazon).  You do not need an adapter to mount the Rokinon 8mm fisheye to your X body, build is solid, image quality is excellent, and it is a pretty fast lens.  When you combine the F2.8 wide open aperture with Fuji’s great ISO capability, there’s not much you can’t photograph.  It’s also very compact and it is so much fun to use.  It seriously is A LOT OF FUN!  Best of all, the asking price, which is anywhere between $250 and $290 (depending if there’s a sale), is extremely reasonable, and it helps make this lens even more desirable.

Thanks for taking the time to read my review.  If you’re considering buying the Rokinon 8mm fisheye, and my review helped you decide, please help support this site by purchasing from one of the links below.  It will not cost you anything extra.  Thank you for your support!

Thinking about purchasing the Rokinon 8mm fisheye or already own it?  Feel free discuss it down below in the comments section!