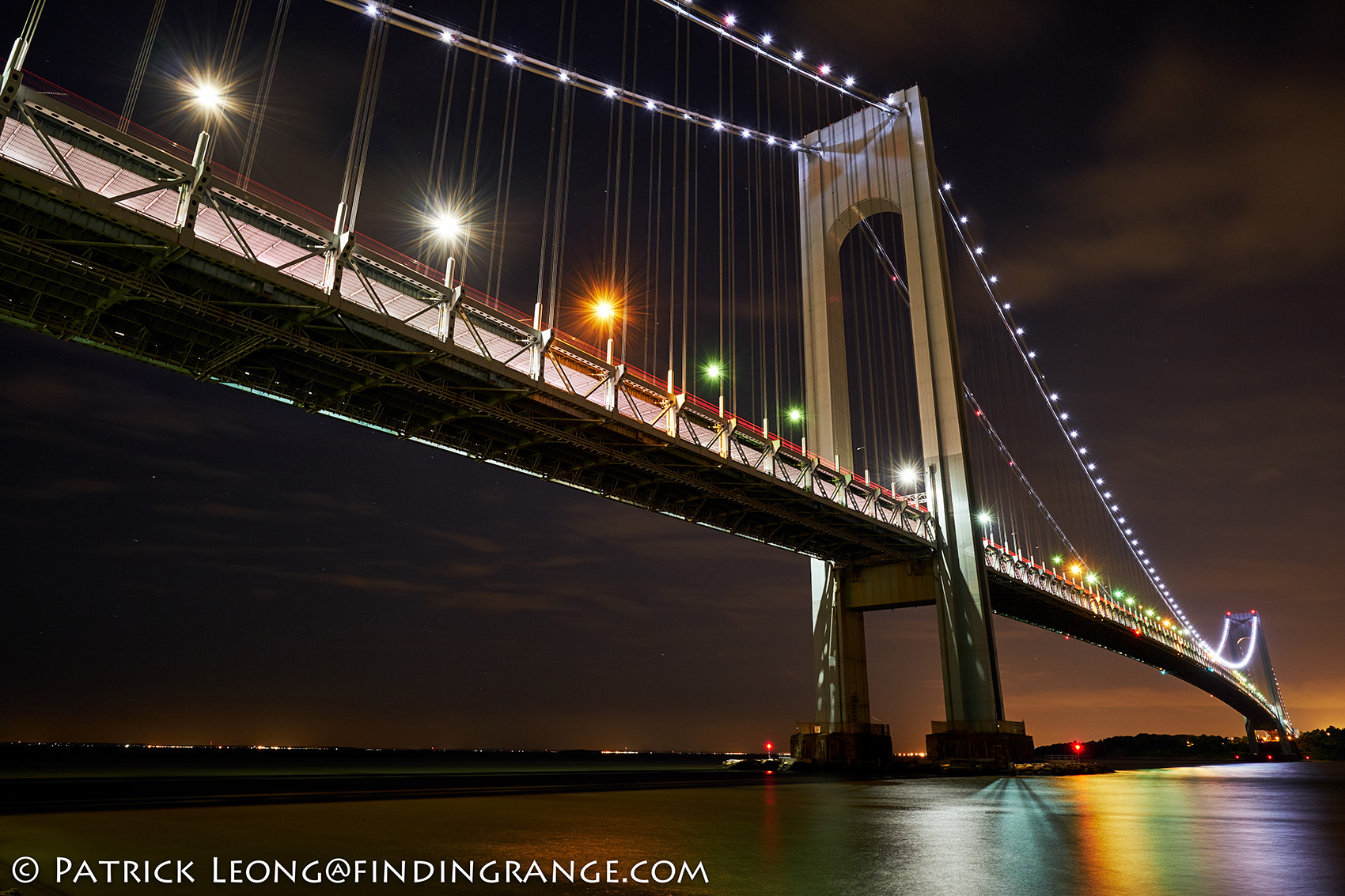 A Photo of Verrazano Bridge With The Fuji XF 14mm f2.8:

My apologies for the lack of posts lately.  I hurt my back helping my friends move a row boat out of all things :).  I’m back, and I have a bunch of stuff coming.  I’ll post the Mitakon 35mm f0.95 review this week.  I also have a new shoulder, and wrist strap from 4V design.  These straps come all the way from Italy, and I must say, they are quite nice.  Billingham has also sent me their new Rucksack 25 to review.  This is good to because I’ve been thinking about getting a backpack to carry my gear for a long time now.  It’s definitely easier on the back.  I’m also currently testing the XF 14mm f2.8 R lens by Fujifilm.  I reviewed most of the Fuji lenses already, and I can’t believe this one slipped by.  Anyway, the shot in this post was actually taken with my X-T2 and 14mm.

This photo was actually taken near where I live in Brooklyn.  I love photographing bridges, and this one is the Verrazano Bridge, which connects Brooklyn to Staten Island.  In between some of the thunderstorms, we’ve actually been getting some nice nights for shooting.  I’ve been going out a lot more at night lately because of the heat during the day.  This was a long exposure shot with my Fuji X-T2 mounted on my tripod.  I believe my settings were 30s at f7.1.  I used 200 ISO.  There was this really cool, warm glow in the background, which is particularly liked.  The sharpness of this lens is just crazy…in a good way :).

So, I hope all of you had a great weekend, and stay tuned.  I’ll post more from the XF 14mm f2.8 soon.  Thanks for stopping by!